Singaporean host Bryan Wong gained recognition for his appearances in variety shows such as "City Beat" and "Home Decor Survivor".

Prior to his popularity, however, the 50-year-old actually tried to resign more than once, due to the flak he received for his hosting style.

In the latest episode of Quan Yi Fong's talk show "Hear U Out", the chirpy host-actor shared how his response towards the hate he received for his work changed after his father's death. 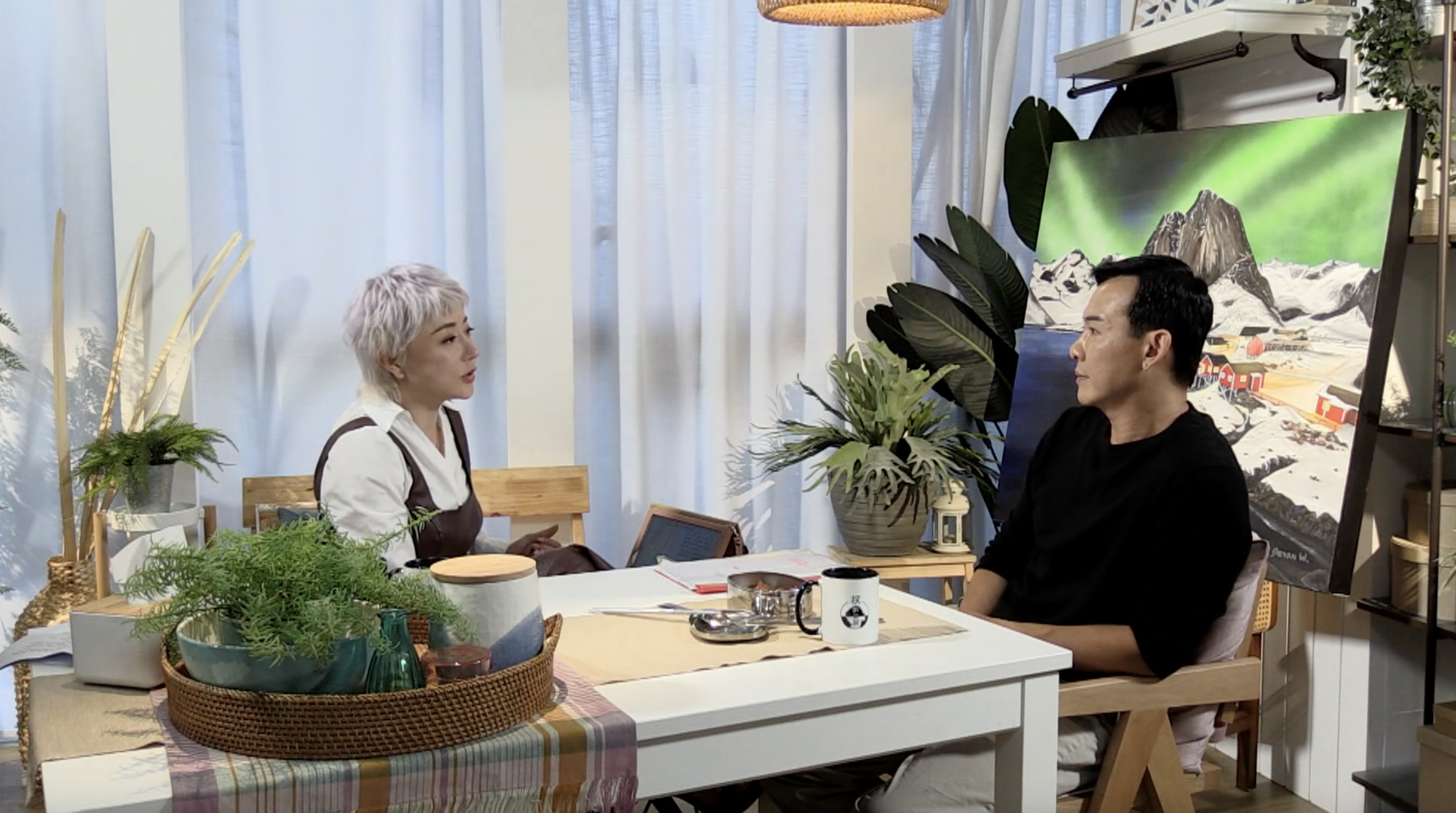 When Wong was still a rookie host, his hosting style deviated from peers such as Guo Liang, who were poised, presented themselves well, and never took digs at anyone.

Wong's blunt reactions towards contestants who fumbled apparently made him unappealing with the audience, who started to dislike him.

His notoriety hit its peak when the host-actor was called up by the Marketing and Communications division, who informed him that he was voted "the most disliked artiste in the whole of TCS" in a survey, not once, but three times.

Mediacorp was known as Television Corporation of Singapore (TCS) back then.

Hurt, Wong tried to resign on all three occasions but was persuaded to stay in the company each time.

In 1998, which was a time when hosts could participate in the Star Awards, Wong clinched his first Top 10 Most Popular Male Artiste award.

The win surprised him, because it made him realise that there were people who appreciated him enough to vote for him despite the naysayers.

The 2014 All-Time Favourite Artiste winner added that the hate he had received made him doubt his abilities, and question if he should stay in the industry.

During that challenging time, the host was dealt with yet another blow—his father passed away from a heart attack.

Shortly before his passing, Wong's father had entrusted him with the responsibility of taking care of their family, which was Wong's mother and older sister.

Such a hefty responsibility meant that Wong, who was 26 years old then, could no longer tender his resignation on a whim.

"I didn't know what else I could do. I had to grit my teeth and keep moving forward."

Connected to father through food

The multi-talented artiste said that his culinary skills were cultivated from his early start in the kitchen from as young as six years old.

Besides joining his family on their weekly visits to the wet market in Chinatown, he would become his late father's "sous chef" upon returning home. 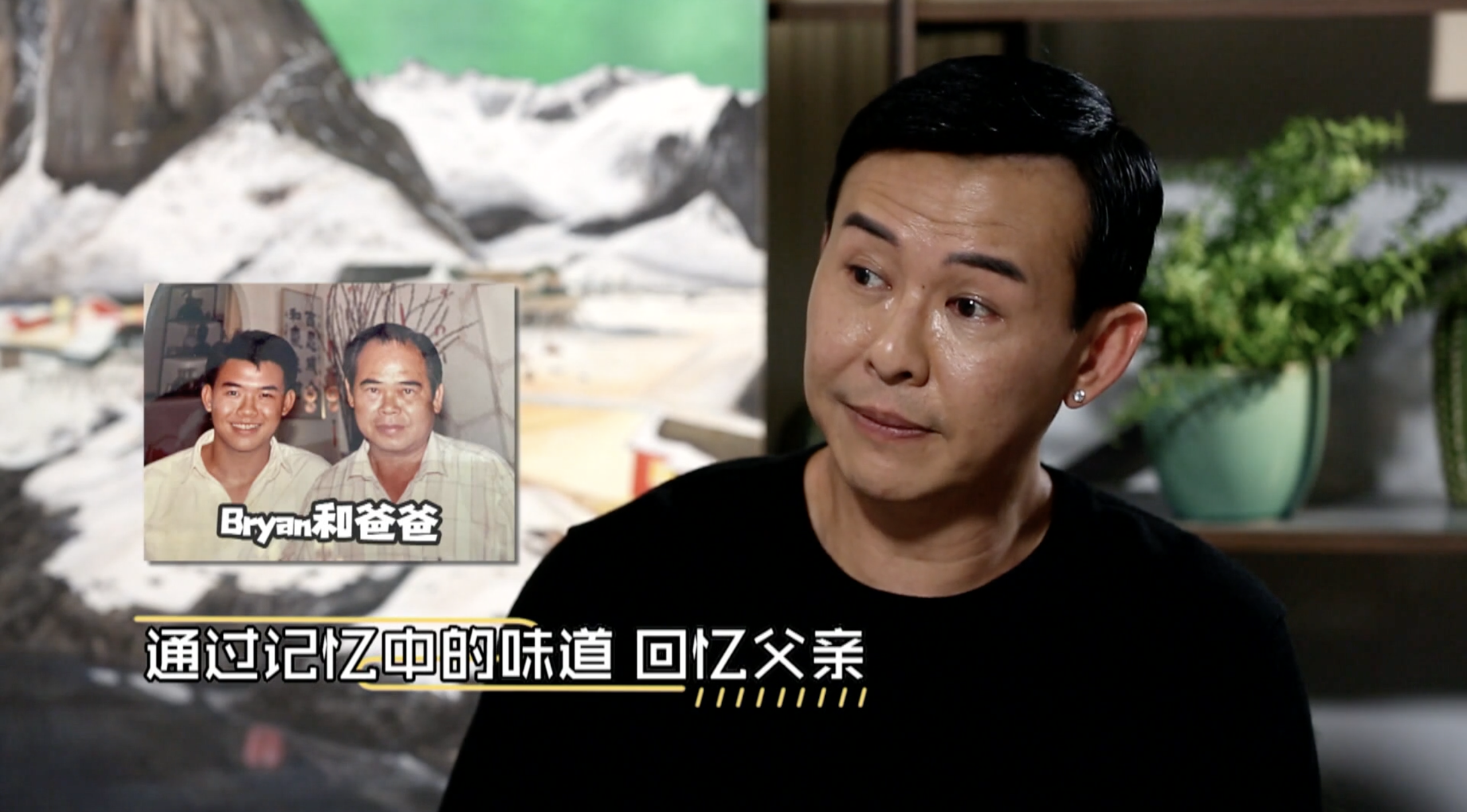 A picture of Wong with his father. Caption translates as, "Remembering his father through the memory of taste." Screen shot via meWATCH.

"During the times when I miss my father, I'll cook his signature dishes," he shared, adding that he makes a conscious effort to cook these dishes regularly out of fear of forgetting his father.

He explained that while he could remember specific instances such as grocery shopping with his father in Chinatown, he struggled to recall the image of his father's appearance.

Blinking back tears, Wong revealed that he becomes very anxious when he cannot remember his father.

As a result, he turns to cooking as a coping mechanism.

"I would need to cook his signature dishes for my mother and sister. I would only feel reassured when they say, 'Yes, this is how Dad's cooking tasted.'"

Wong shared that he still "communicates" earnestly with his father regularly by offering incense every morning, as well as each time he encounters any setbacks at work or feels unhappy.

The host-actor firmly believes that his father would "appear" if he hears Wong.

He then shared an anecdote during his drive to the airport for the Star Awards earlier this year, when he spotted a passing car with a number plate that bore the last four digits of his father's IC number.

Wong interpreted the incident as a sign of his father's presence.

"I discovered that every time I have to make a decision, am sad or happy, numbers related to [my father] would flash before my eyes."

The 50-year-old shared another anecdote that occurred on the seventh day after his father's death.

Buddhists believe that the soul of the departed will return to their home on that day.

According to Wong, the family had laid out food in the kitchen, while his mother, sister, and himself were in their individual bedrooms.

Struggling to fall asleep, he had noted that the time was almost 1am when suddenly, he heard the sound of drawers opening.

Startled, he was about to get up from his bed when he heard his father's voice urging him not to go to the kitchen, or the older Wong would have to leave.

The actor described how his tears kept streaming down his face as he continued to hear the cutlery clattering for about 10 minutes.

He said he was calling out to his father in between sobs before eventually telling himself to go to sleep and not to go to the kitchen.

The veteran artiste reiterated his certainty that he was not sleeping or dreaming at that time because he was aware that his "pillow was completely soaked."

Although his father left him when he was 26 years old, Wong said he never felt that he was alone as he believed that on different occasions, his father would manifest "in his own way" to show his support for Wong.

"I didn't even have enough time to be filial to him before he was gone. That is my greatest regret. You can't make up for it. That's why I always tell people whose parents are still around to be filial to their parents and love them. Once they're gone, you will regret not doing enough for them. You will be reproaching yourself for the rest of your days... like me. I've been reproaching myself for over 20 years."

Congratulations! You have made it to the end of the article (whether by speed-scrolling or otherwise). This alone qualifies you to apply for the role of a Lifestyle & Entertainment writer at Mothership. Click here to find out more.
Top images via meWATCH.