Over the past week, Rebecca Lim united netizens with happy news of her engagement.

The outpouring of well wishes, however, was suffused with curiosity: Who is the guy?

In her initial post, the 35-year-old actress, did not reveal her beau's identity. Speaking to local media outlets, however, the actress gave away bits and pieces.

On Nov. 21, six days after her announcement, Lim teased followers with a clearer shot of her mystery man, thanking everyone for their love and support. 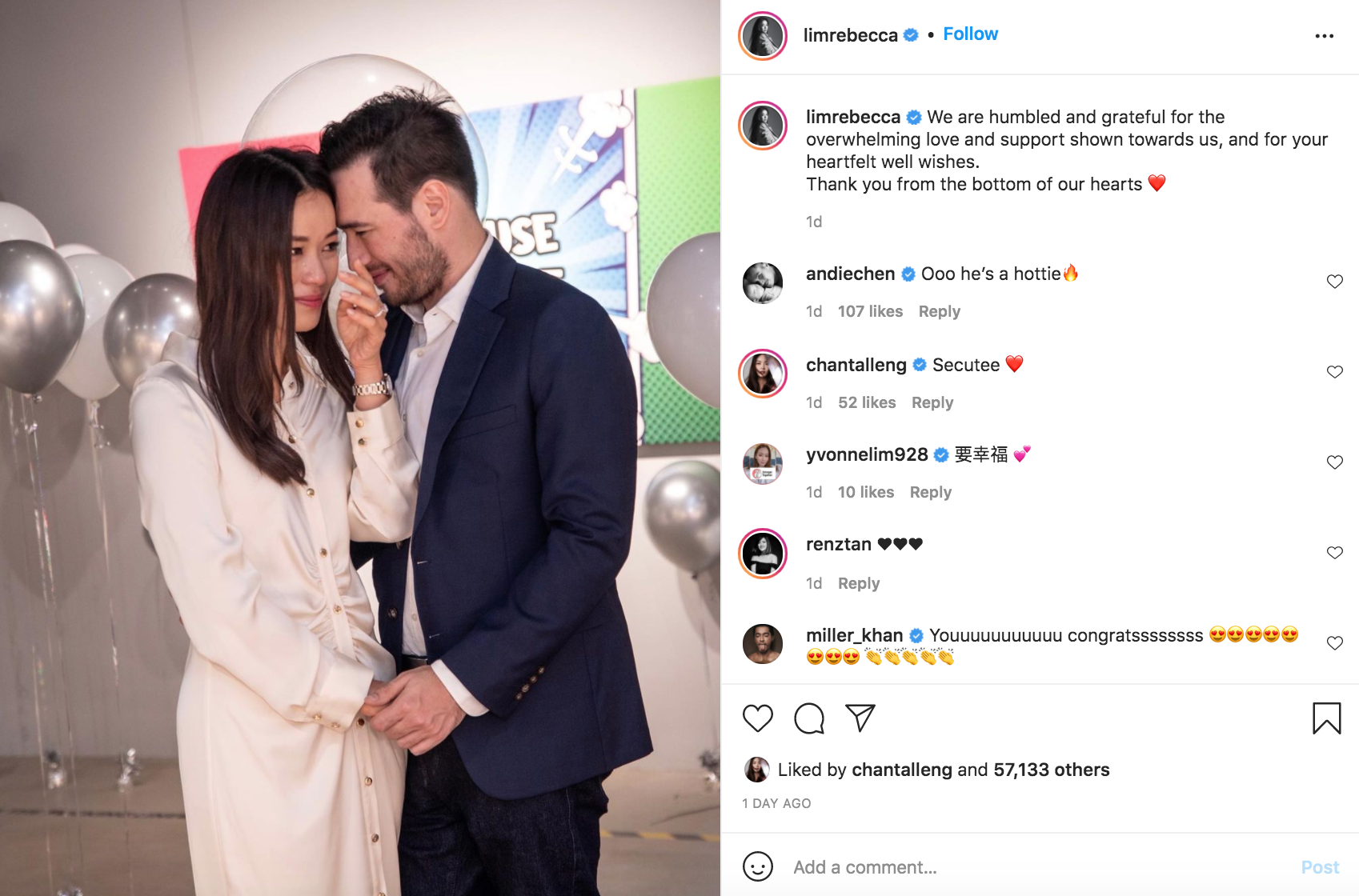 Now, CNA Lifestyle has spilled the detail(s): The man's name is Matthew Webster.

Although Lim previously described her fiancé as a "very private" person, she also said that she would want to reveal his identity eventually.

"I said to him: 'I would really want everyone to know who you are because I'm proud to have you as my other half and really want to share my joy with everyone who's been so happy for me.'"

Going by his Instagram account, Webster is also a guitarist, bassist, and drummer. He regularly posts videos of him jamming to rock songs.

A separate account, also manned by Webster, is solely dedicated to his cars, and mainly features a Porsche 911.