Lim did not disclose the identity of her fiancé in her photos, showing only his side profile and back view.

The white and silver-themed proposal was suitably extravagant, with the scene densely populated by air-filled latex, as well as life-sized letters that lit up, spelling "MARRY ME." The post, which has been liked 48,812 times at the time of writing, was met with hearty congratulations from some 700 people.

If you're wondering why the spotlight is on 31-year-old Fang, you're asking the right question.

Back in 2019, the actor found himself in the public eye after a sexting scandal with fellow celeb Carrie Wong exploded into the usually mild and docile local entertainment scene.

At the time, Fang was rumoured to be dating Lim, a rumour that has persisted for years. Wong was also dating Taiwanese model Boris Lin then.

On the same day that Lim delivered news of her engagement, Fang penned a rather maudlin post on Instagram.

His was uploaded a few hours before Lim's, though. 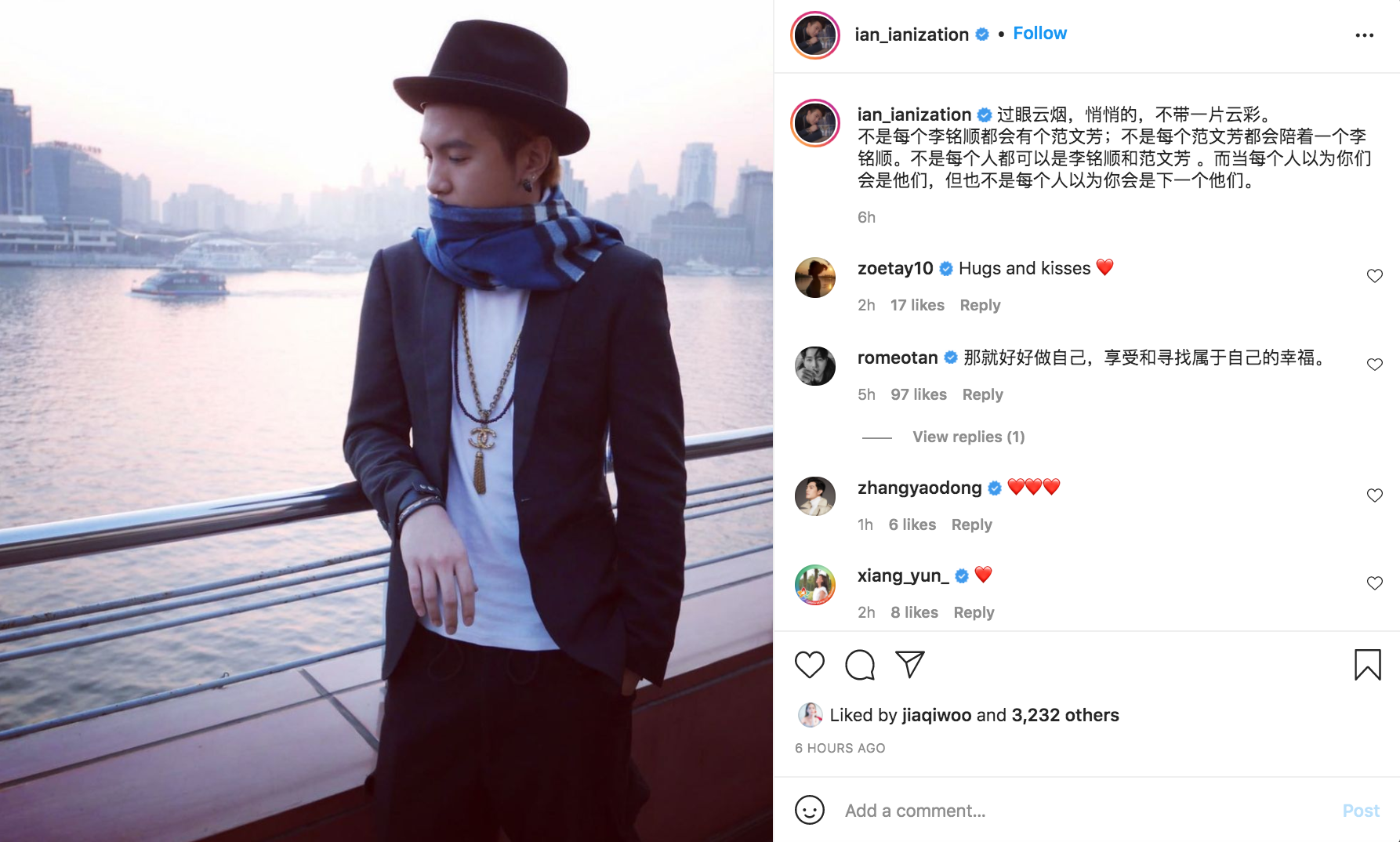 The level of lyricism makes it difficult to translate, but we tried:

"Vanishing in a glance like a cloud, soundlessly, without bringing anything with it.

In the comments section of his post, one social media user pointed out that Fang did not cherish Lim, and that it was too late for him to regret it.

"You can only let go of her now, and genuinely wish for her to be happy," the commenter added.

Another user criticised Fang for airing his unhappiness online, instead of properly congratulating Lim.

"Whatever you do now will only seem ungracious. Hope you can find your other half, like she did." 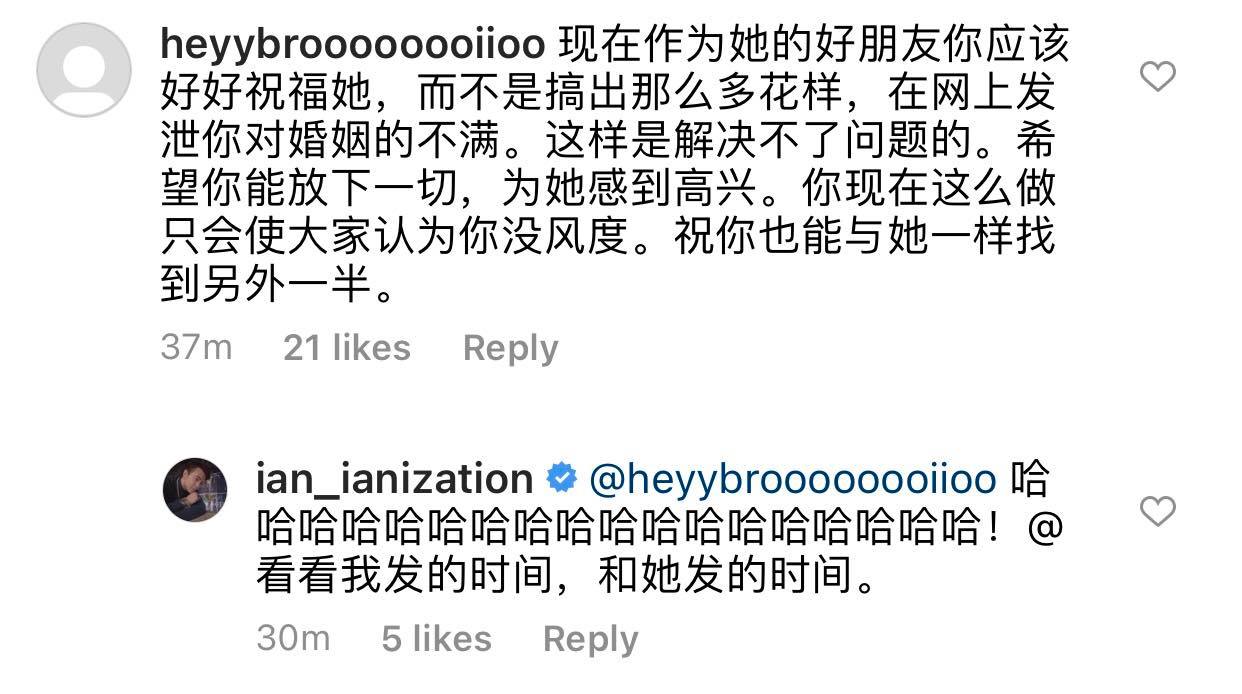 Fang had also commented on another of Lim's post earlier in the day, resulting in this rather unbecoming exchange between him and another user: 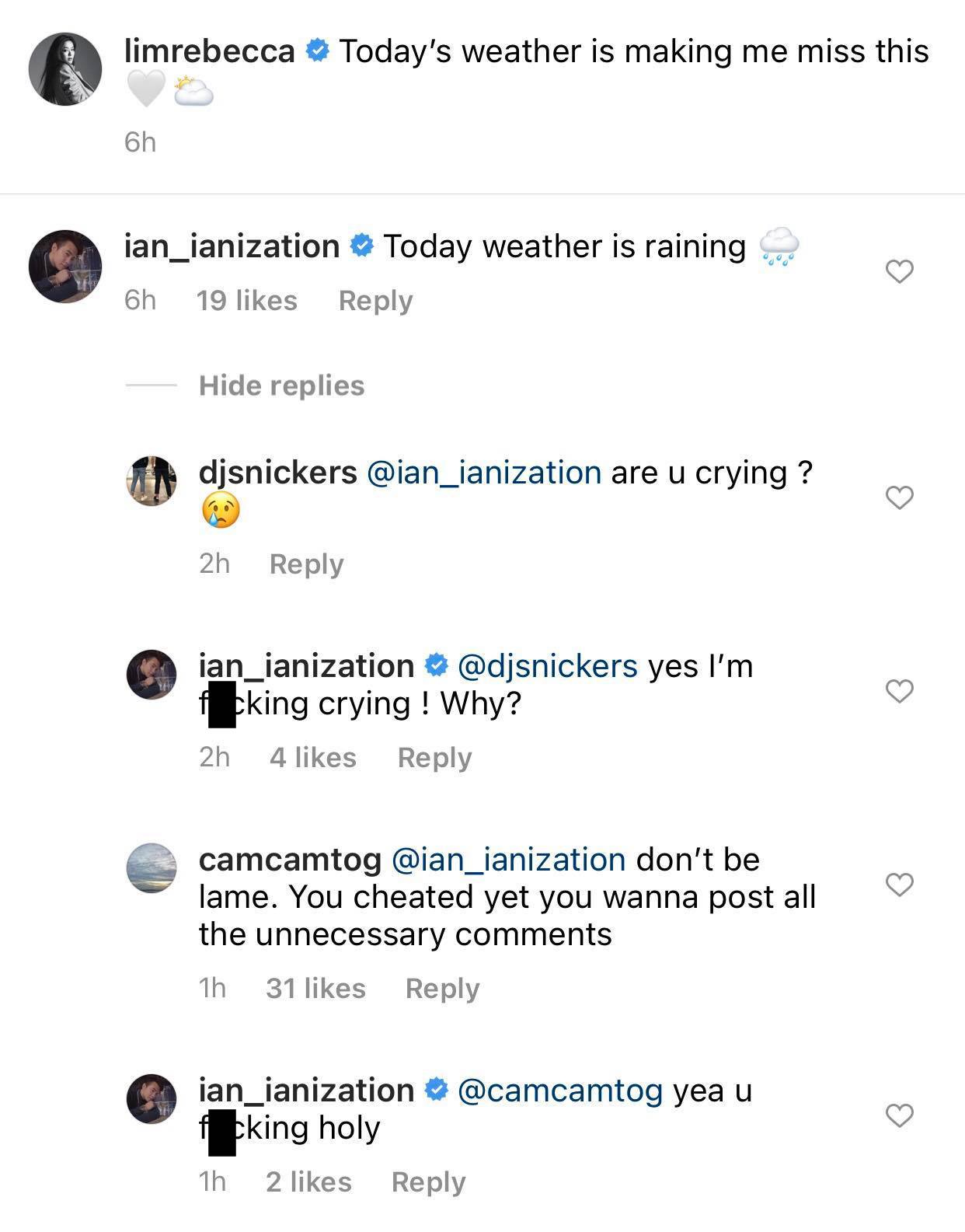 Two Instagram Stories from Fang, one subtle and another, not so subtle, also came under scrutiny: "Why am I getting scolded for another person's marriage? Why? What wrong have I done? Where have I displeased you all? Did I do anything? I didn't say anything! What did I do?