After Facebook recently announced the change of name for their parent company into Meta, Chinese netizens took notice of the news and pointed out that the logo resembled that of a short video platform on messaging app WeChat.

An influencer on Weibo poked fun at Meta and Mark Zuckerberg, the co-founder and CEO of the company, over the striking resemblance. 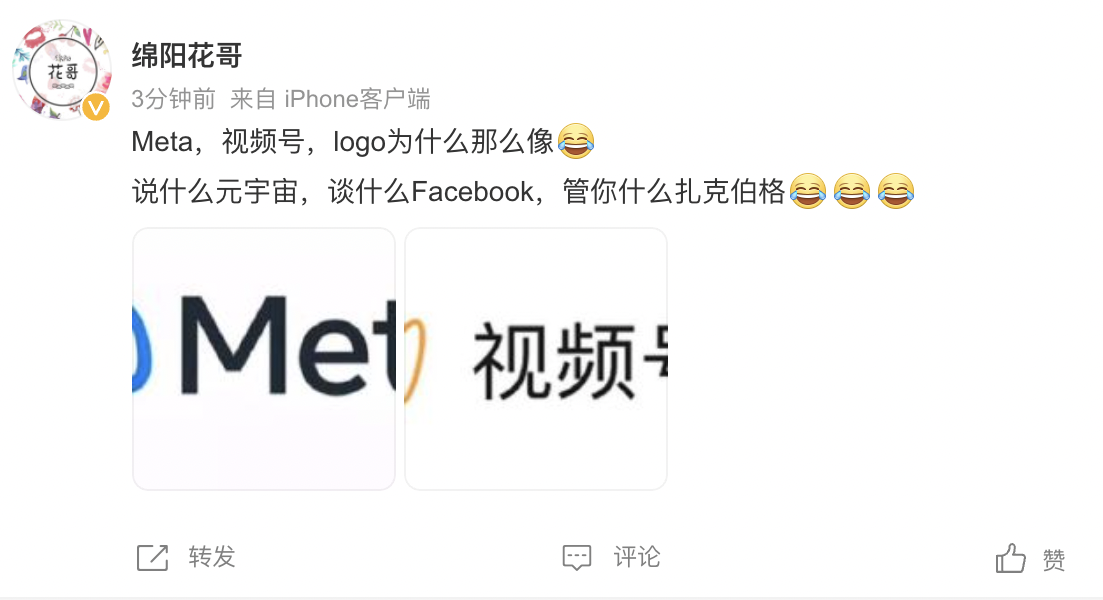 "Meta (and) Shipinhao, why do their logos look so alike (?) Whatever you say about metaverse and Facebook, who cares about Zuckerberg?"

Another Weibo user raised the question of whether it could be considered as "copying", and jokingly urged WeChat's parent company -- Tencent -- to take action against Meta. 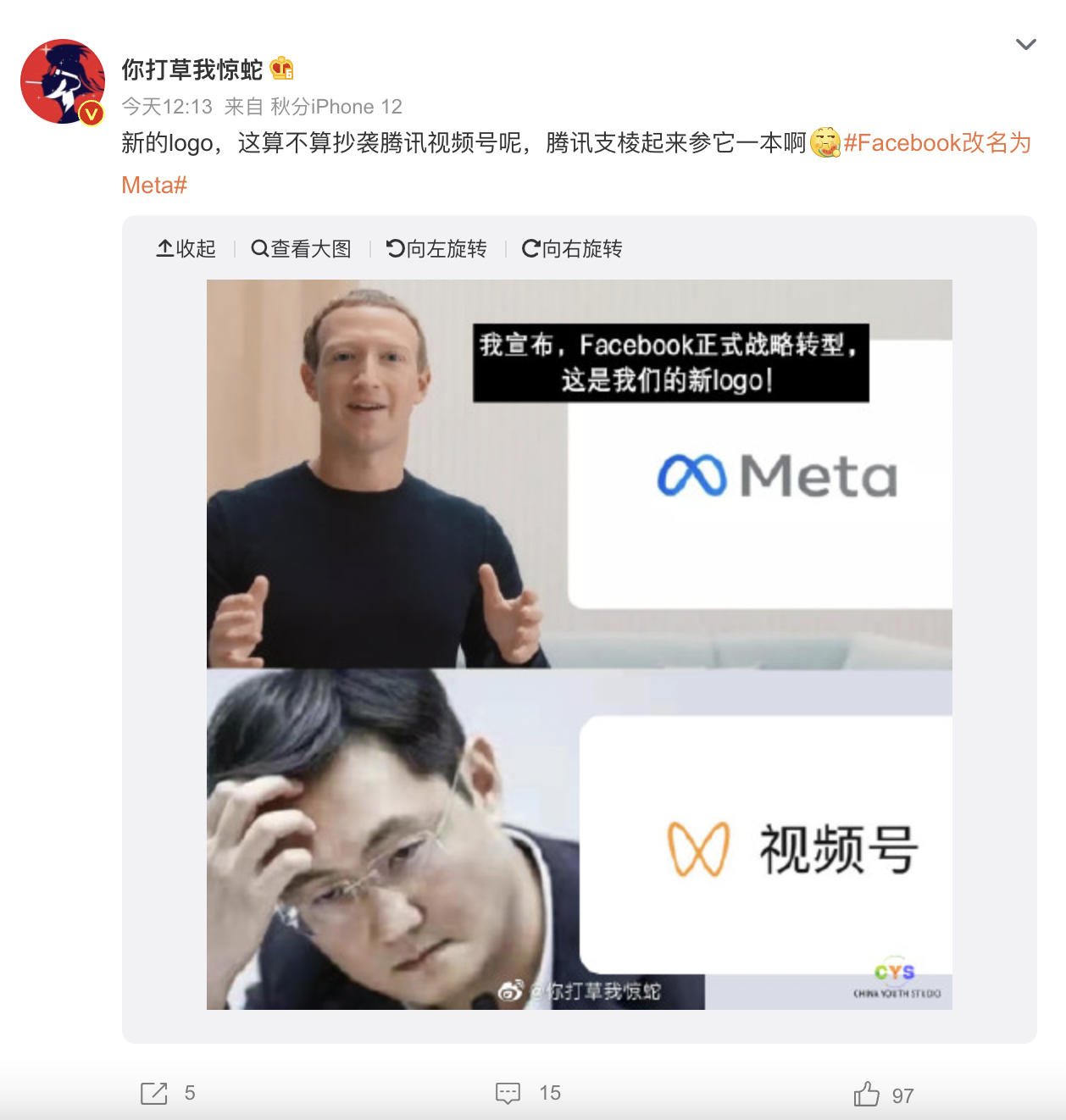 "New logo, can this be considered as copying Shipinhao? Tencent (should) get up and call them (Meta) out."

The social media giant shared its plans to rebrand a week ago, and subsequently expressed the intention for their brand to reflect the company's vision to be seen as a metaverse.

The word "Meta" can be defined as "beyond", a nod to upcoming social technologies the company is working on, that are beyond pre-existing digital connections.

The company revealed that they are working on more ways to utilise Augmented Reality (AR) and Virtual Reality (VR) technology, with plans to launch fully-featured AR glasses.

Embedded in WeChat, Shipinhao opened for beta testing in January 2020, and had hit daily activity of over 200 million in July of the same year, according to an article published on Chinese news aggregator Sina.

According to commentators, Shipinhao represents Tencent's efforts in challenging Douyin's (TikTok's twin app in China) dominating status in the realm of short-video content.