Despite a round of apologies and the revelation of @sgcickenrice's identity, the Night Owl Cinematics (NOC) saga is not letting up.

The story develops with new Instagram Stories from Samantha Tan, a former NOC talent who was called "f*ckface" by the media company's co-founder, Sylvia Chan.

She also took the opportunity to address accusations that she had cheated with Chan's ex-husband and NOC co-founder Ryan Tan, as well as cyberbullied Chan by fanning the flames of the saga.

Regarding the former, Tan reposted the Stories that she previously put up in response to the furore, and explained her motivations behind them.

For the latter, she simply said that they were "hate comments, [and] baseless ones too”.

In an attempt to understand such comments, the preschool teacher then shared an article that studied the possible causes of derogatory behaviour online, and came to the conclusion that such online users may be inclined to psychopathy.

Other clarifications she made include the dinner that she had with Chan and Tan (that Chan mentioned in her interview with Xiaxue), and an apology for intending to share the link to the blogspot filled with allegations against Chan, although the link to the blog did not work in the end. 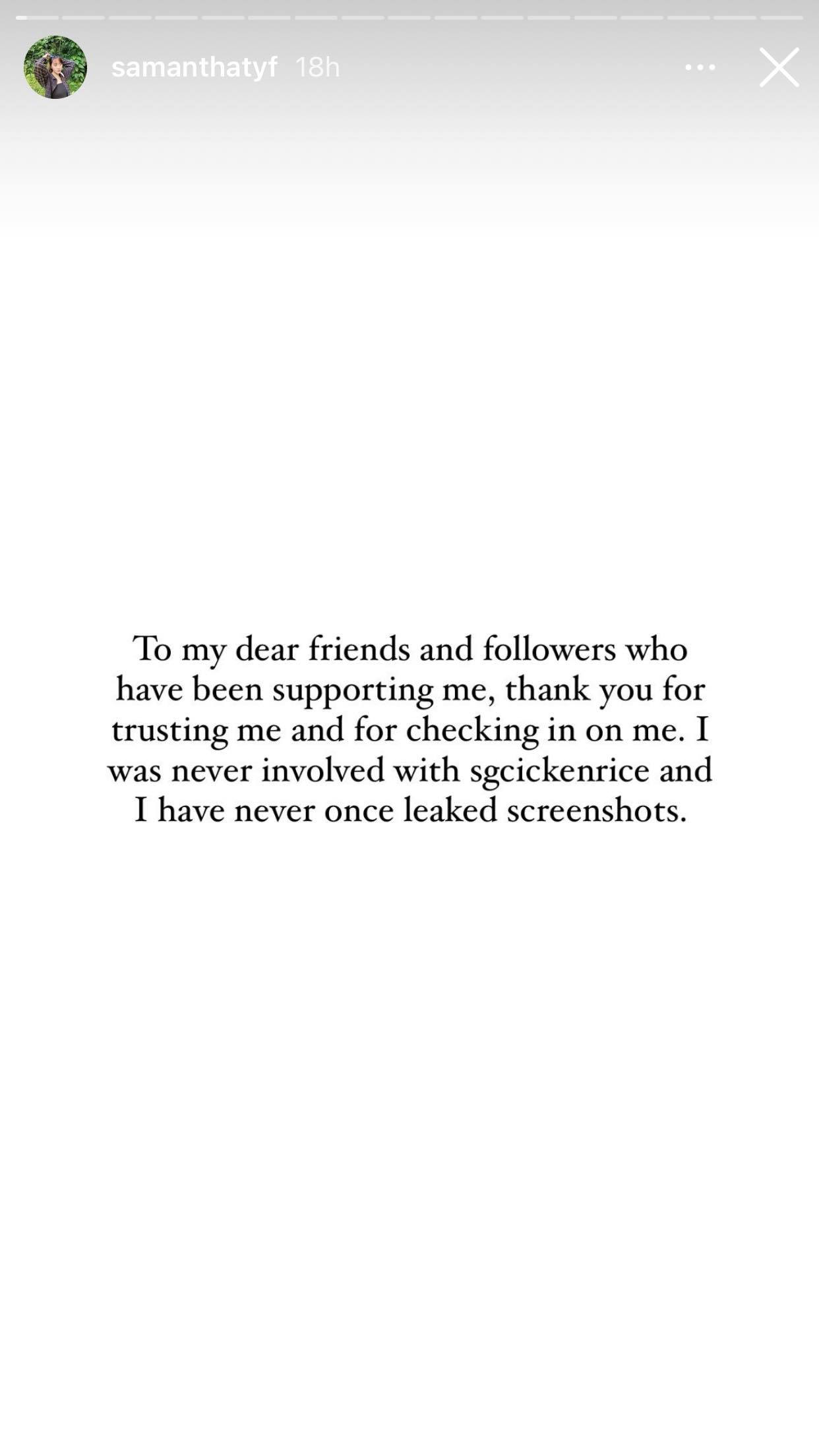 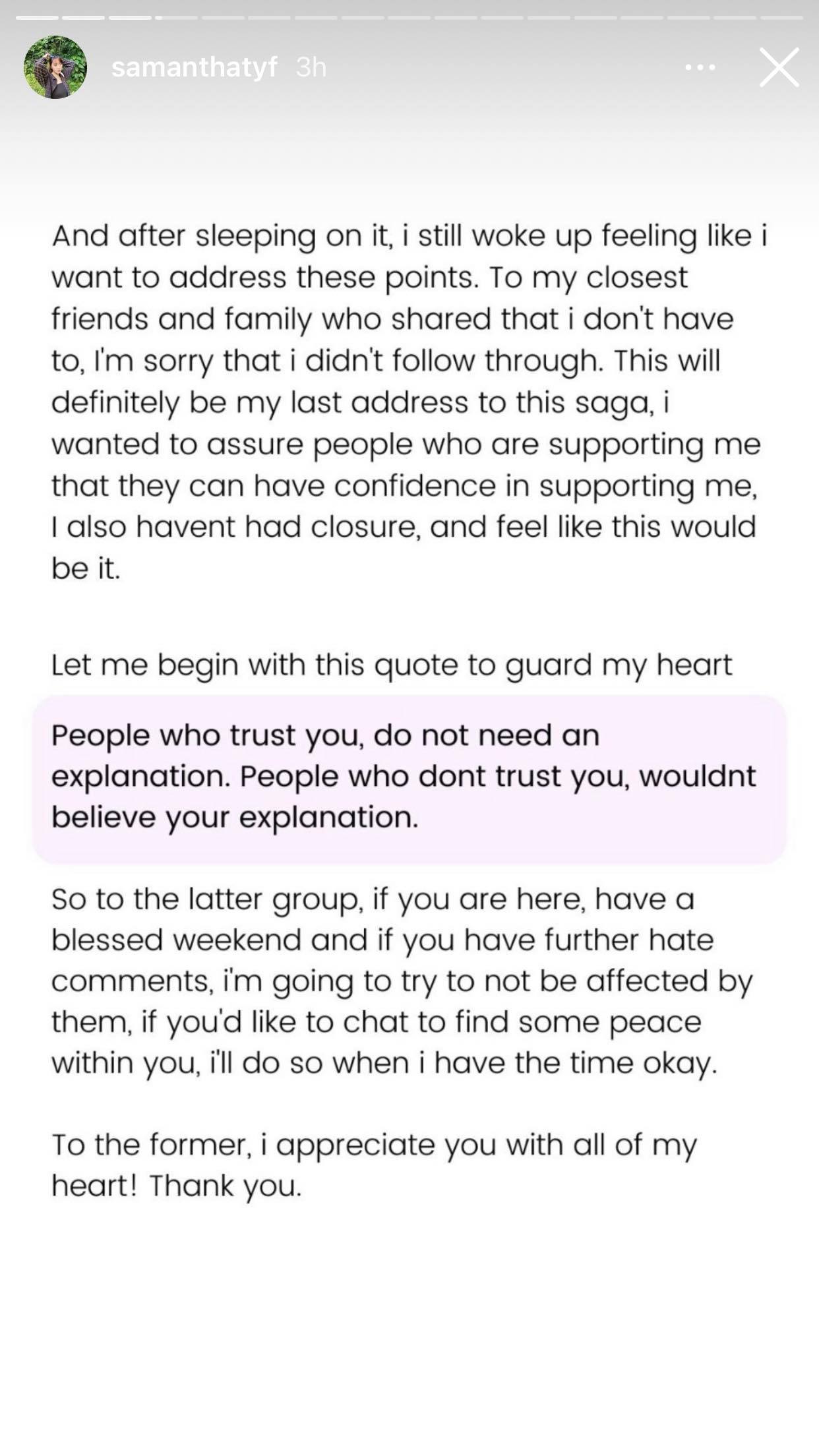 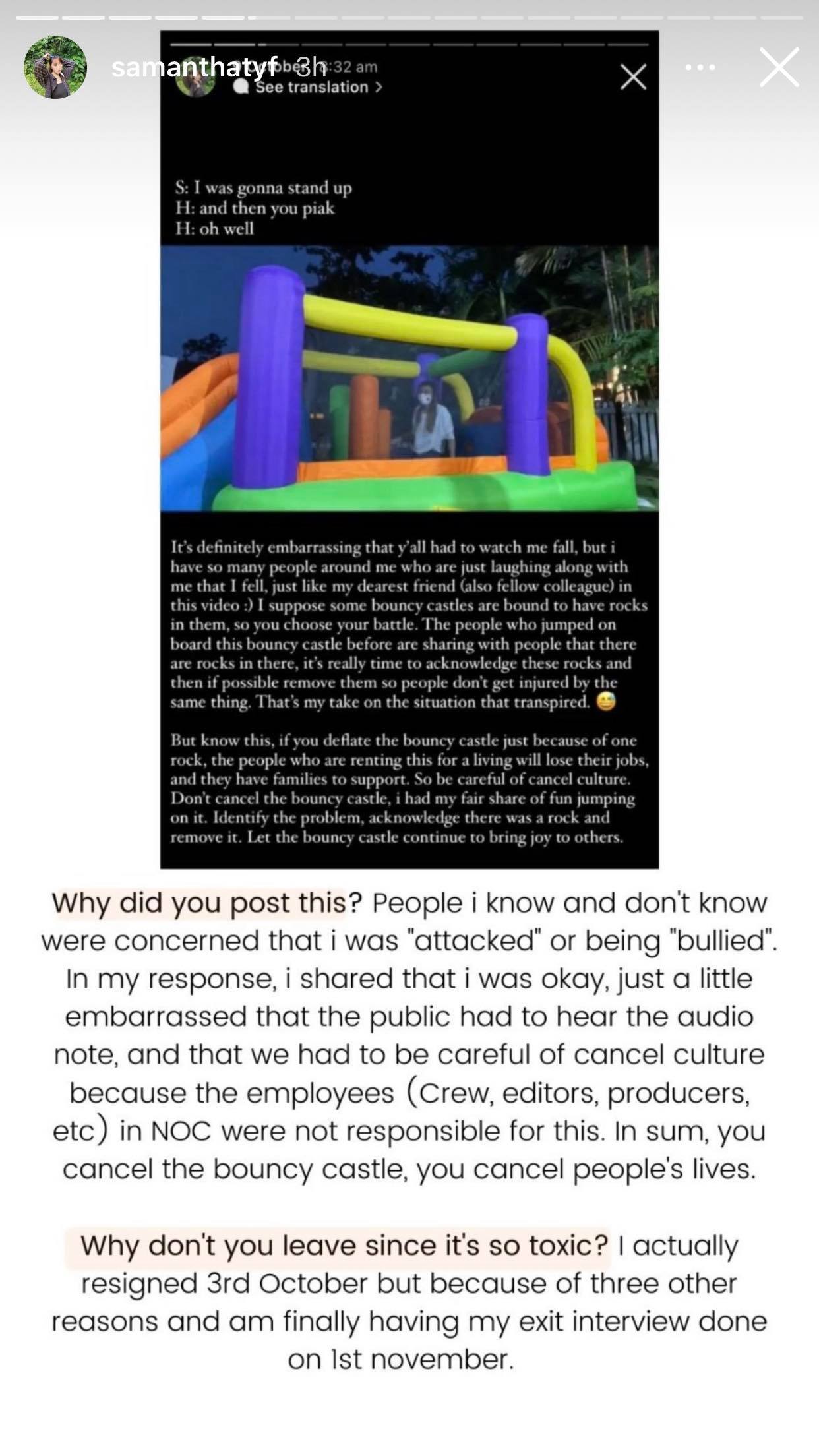 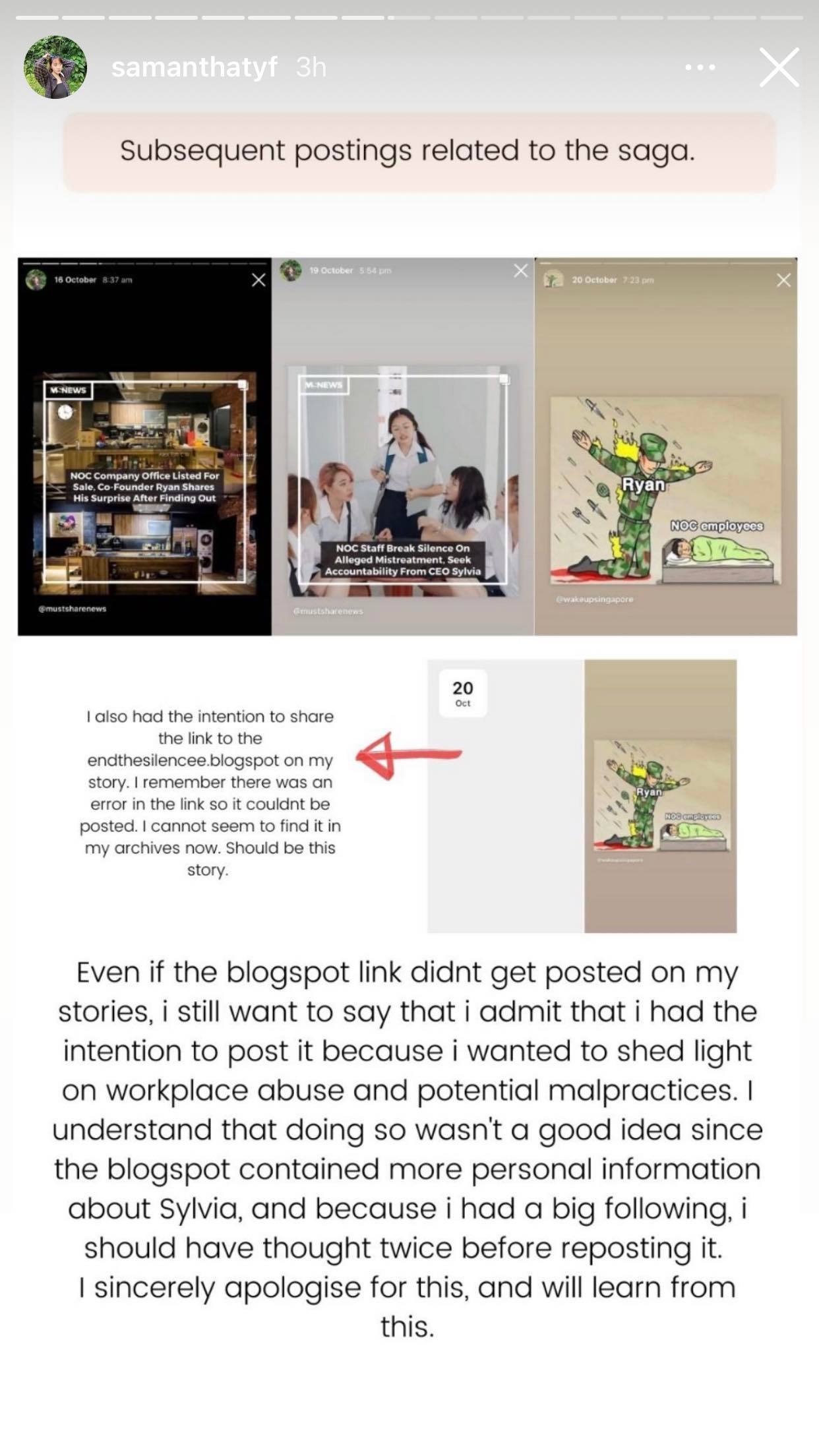 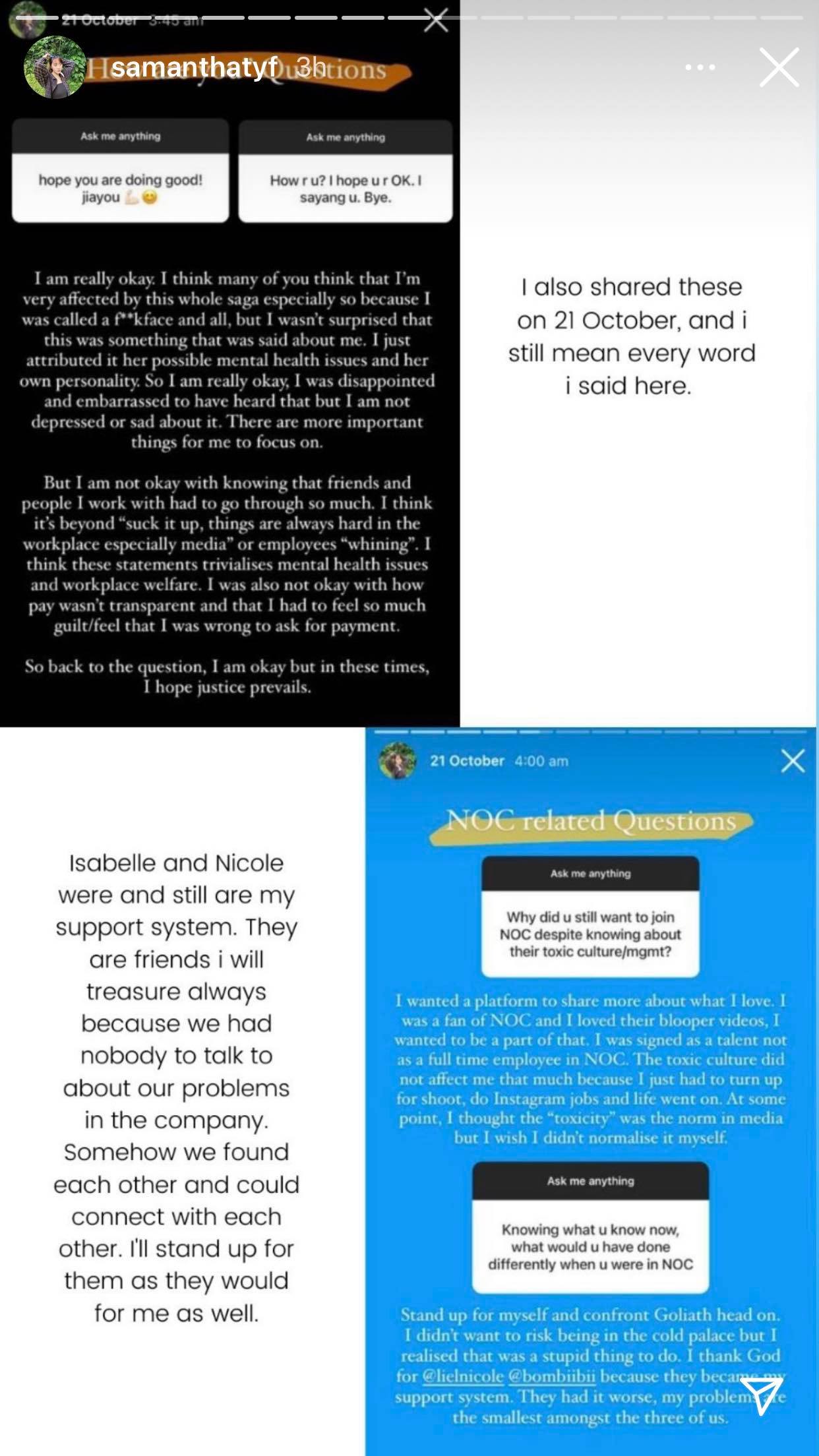 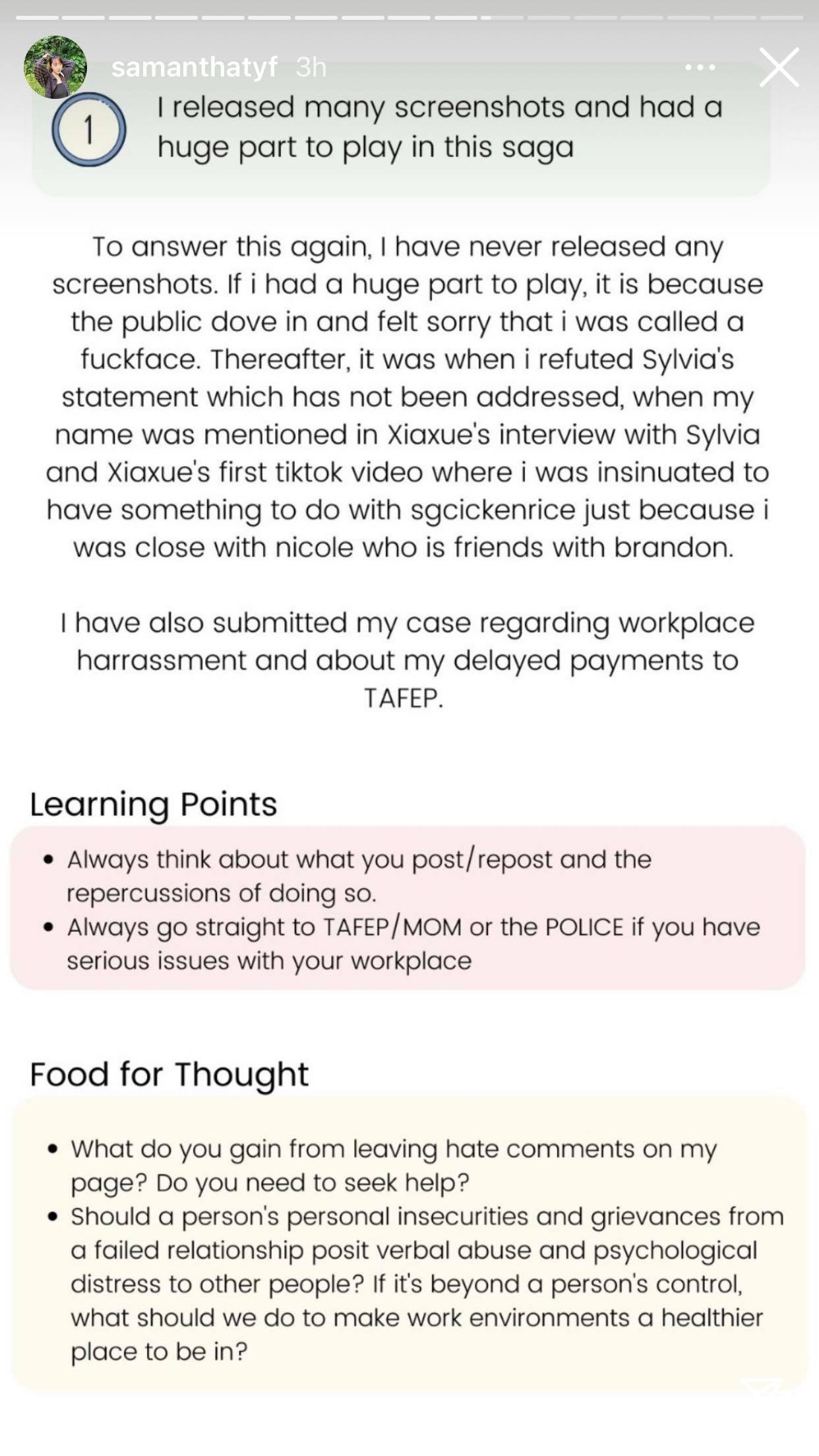 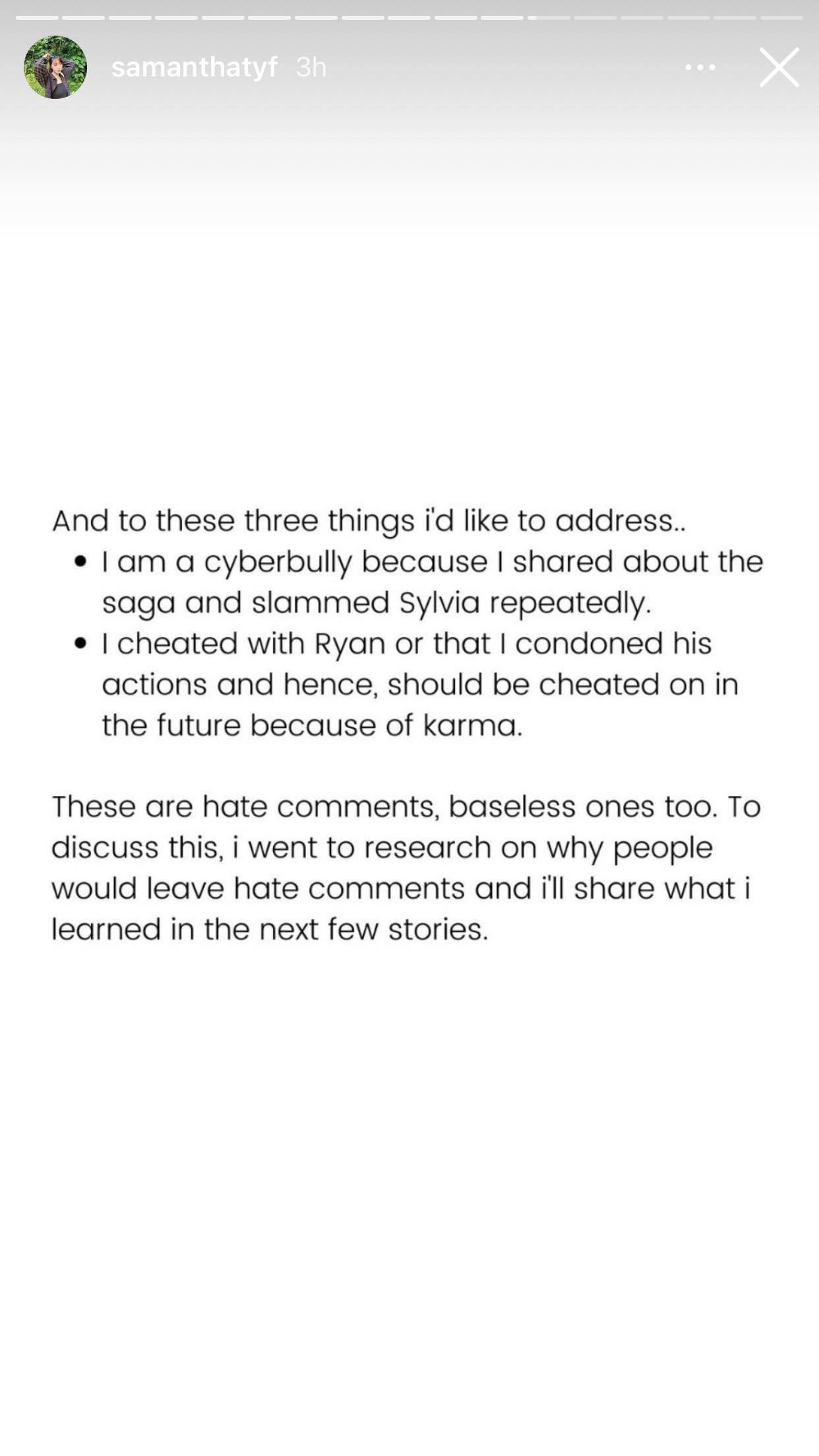 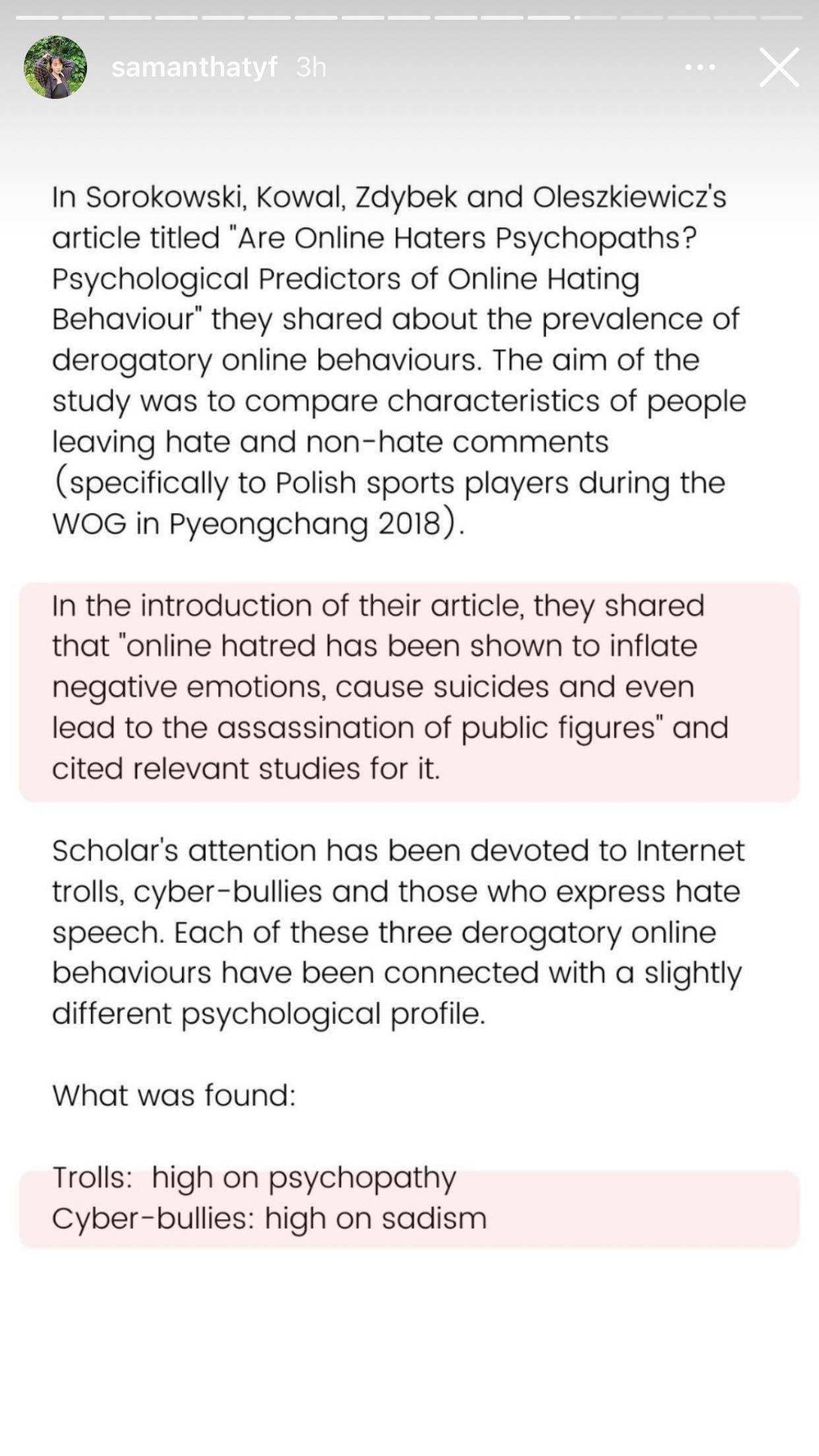 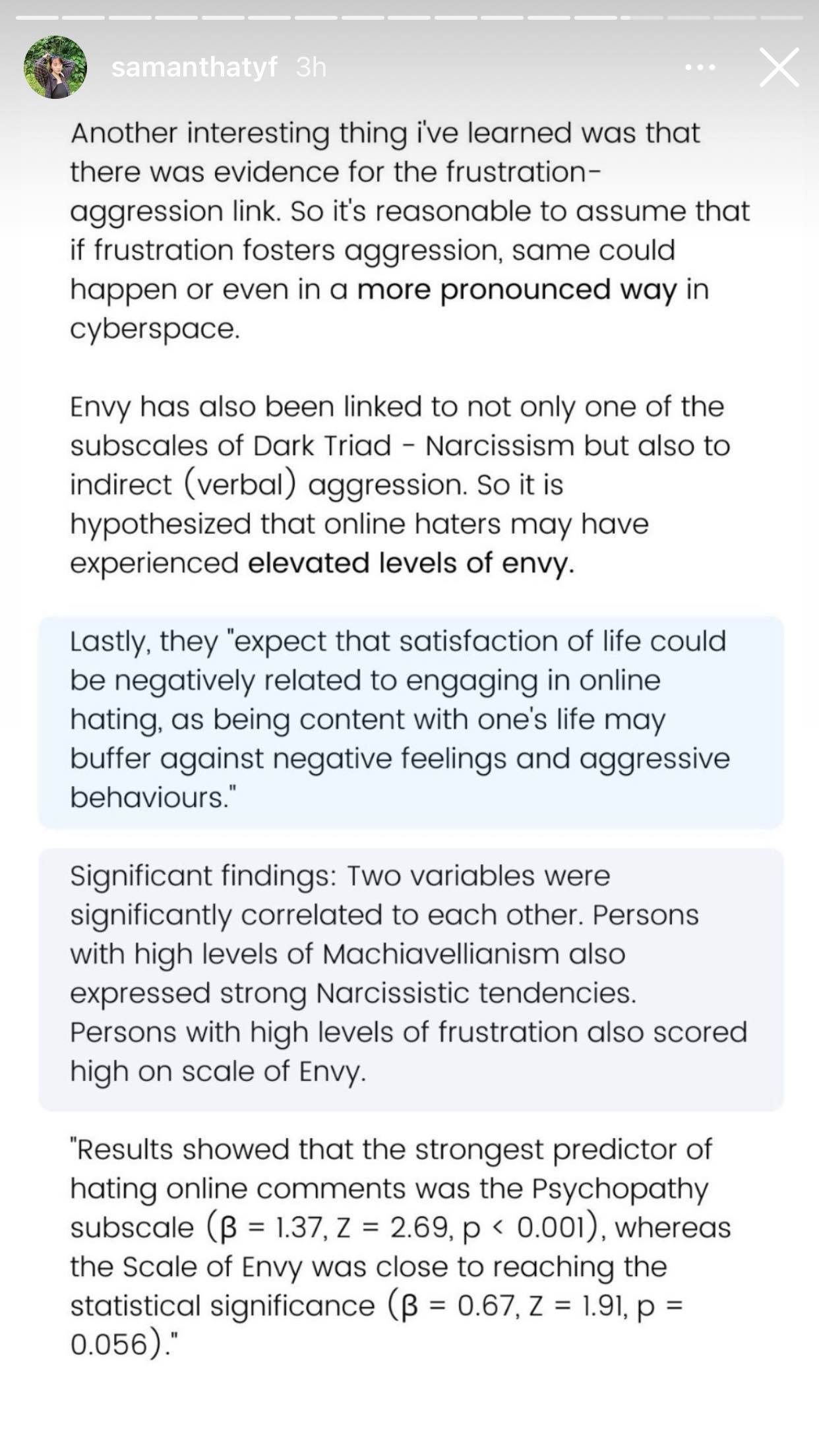 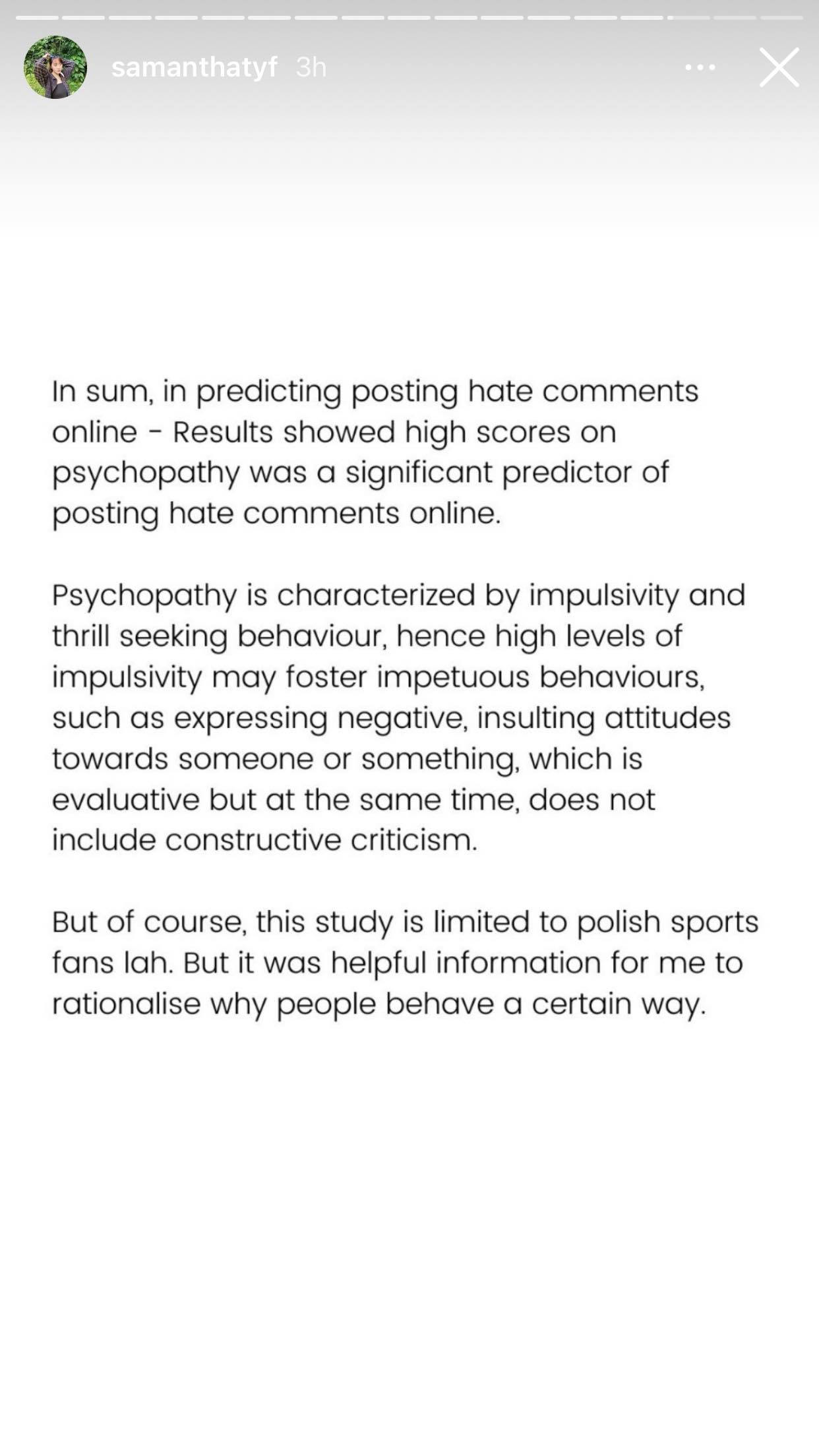 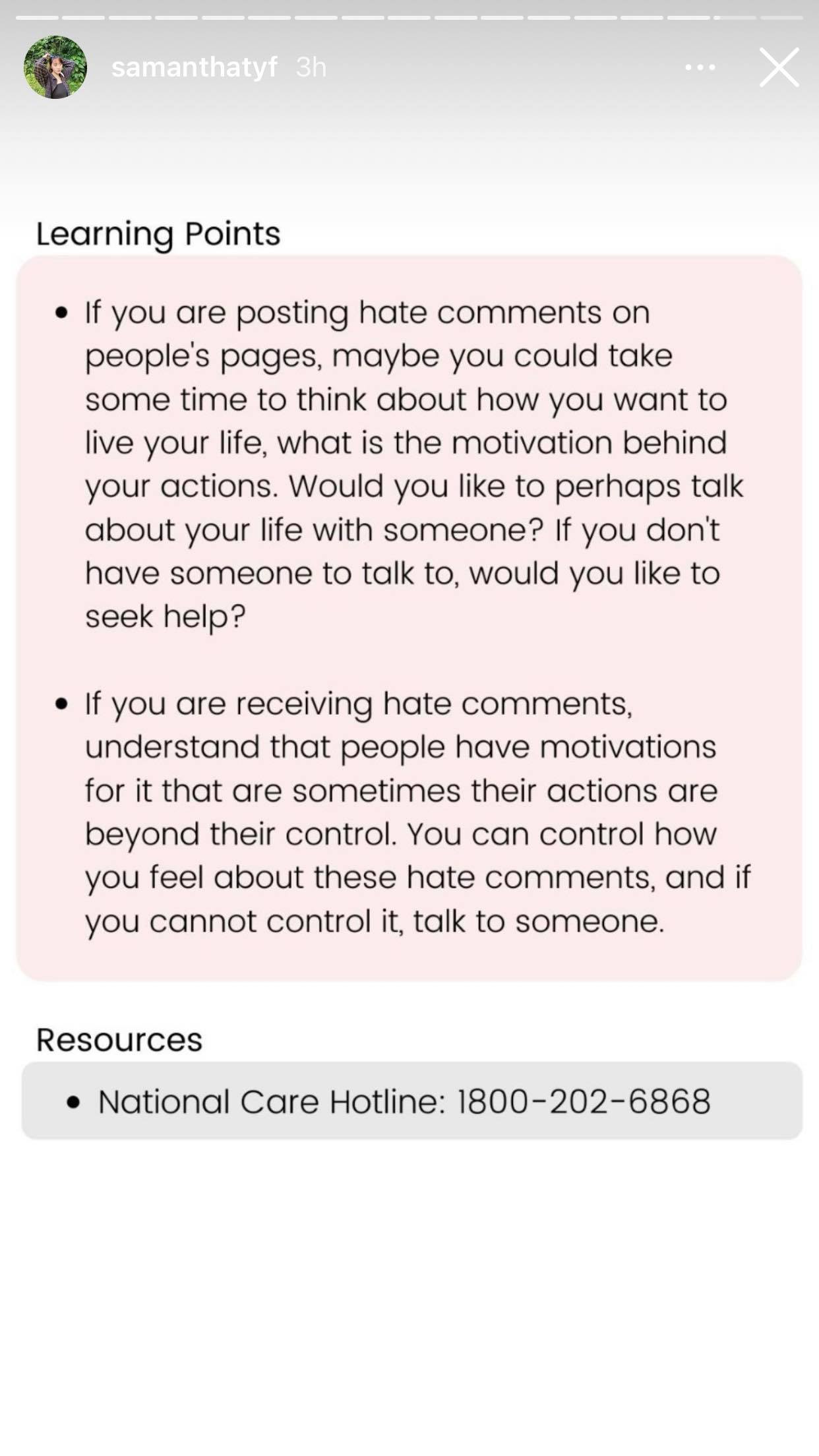 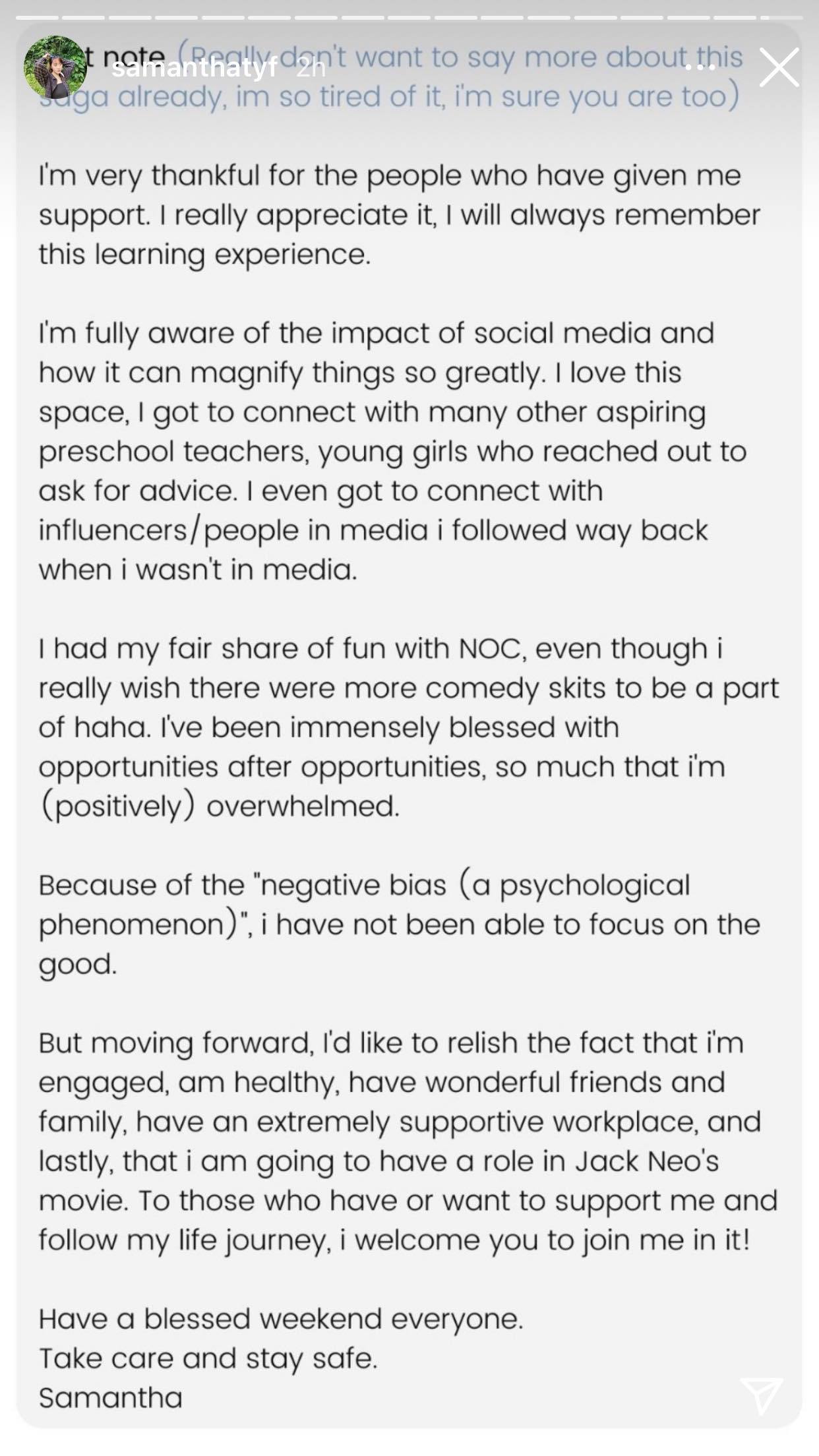