A car reversed and hit a Traffic Police officer on his motorcycle in Geylang East Central on Oct. 28 at around 9:50am.

Various footage of the incident was widely shared online.

The police have released additional information pertaining to the case.

Three men have been arrested for their suspected involvement in relation to a case of voluntarily causing hurt to deter a Traffic Police officer from discharge of his duty.

What happened that morning

On Oct. 28, at about 9:50am, a Traffic Police officer was patrolling in the vicinity of Upper Paya Lebar Road when he spotted a suspicious car, and signalled for the driver to stop, in order to conduct a check.

However, the driver sped off and the officer gave chase.

One collision prior to hitting Traffic Police officer

During the pursuit, the driver was believed to also have collided into the rear of an unknown vehicle along MacPherson Road, before continuing to flee in the car.

By this time, another Traffic Police officer had joined the pursuit.

What was seen on video

When the car turned in Geylang East Avenue 1, it came to a stop.

The first pursuing Traffic Police officer then moved ahead of the car to attempt to intercept it.

However, the car suddenly reversed against the flow of traffic and purportedly collided into the oncoming second Traffic Police officer who was pursuing behind.

The second Traffic Police officer managed to jump off his motorcycle in the nick of time and avoided serious injuries.

After the collision, the car purportedly continued to reverse without stopping and made an illegal U-turn before speeding off. The car was later found abandoned along Geylang East Central.

Upon arrival of Traffic Police officers, the driver had already fled the scene, while the male passenger was seen standing outside the car.

When Traffic Police officers engaged the 34-year-old male passenger, he was uncooperative.

The man purportedly started to raise his voice, hurled derogatory terms at, and pushed the officers.

Necessary force was used to restrain the man.

He was subsequently arrested for using criminal force to deter a public servant from discharge of his duty and suspected drug-related offences.

The offence of using criminal force to deter a public servant from discharge of his duty carries a jail term of up to four years, a fine, or both.

The passenger will also be investigated for disorderly behaviour.

For first-time offenders, the offence carries a fine of up to S$2,000, jail for up to six months or both.

For subsequent offences, the offence carries a fine not exceeding S$5,000, a jail term of up to 12 months, or both.

A manhunt operation involving officers from the Traffic Police, Police Operations Command Centre and Police Intelligence Department was immediately mounted to trace the whereabouts of the driver.

With the assistance of police cameras and the use of video analytics, officers were able to locate the 37-year-old male driver and arrest him along Yishun Street 51 within four hours from the time of incident. 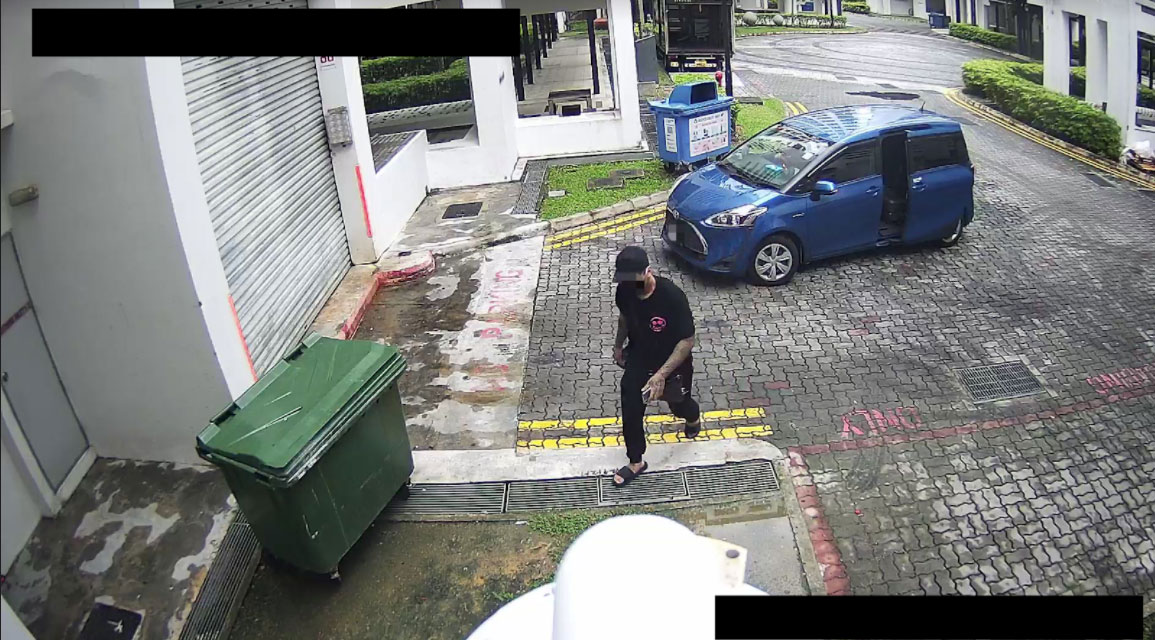 The driver is being investigated for multiple offences including:

- failing to stop when ordered by a police officer in uniform

- driving without a valid licence

- failing to stop after an accident

- using a vehicle without insurance

In addition, the driver was also wanted by the police for cheating.

Investigations revealed that the car used in the alleged commission of voluntarily causing hurt against the Traffic Police officer was a rental vehicle, which was rented by a 22-year-old man.

This man who was the hirer has also been arrested for an offence of permitting one to drive without valid licence.

For first-time offenders, the offence carries a fine of up to S$10,000, to a jail term of up to three years, or both.

For repeat offenders, the offence carries a fine of up to S$20,000, a jail term of up to six years, or both.

To be charged in court

The 37-year-old man will be charged in court on Oct. 30, 2021, with voluntarily causing hurt to deter a public servant from discharge of his duty.

The offence carries a jail term of up to seven years, and a fine or caning.

Motorists caught driving without a valid licence shall be liable to a fine not exceeding S$10,000, to a jail term not exceeding three years, or both.

Motorists who fail to stop after an accident, shall be liable to a fine not exceeding S$3,000, to a jail term not exceeding 12 months, or both.

Motorists caught using a vehicle without insurance shall be liable to a fine not exceeding S$1,000 to a jail term not exceeding three years, or both. Motorists may also face disqualification from driving all classes of vehicles upon conviction.