This comes after a close to two-hour interview that Tan's ex-wife and NOC co-founder, Sylvia Chan, did with Xiaxue.

In the interview, Sylvia had dropped a number of bombs about her relationship with Tan, including allegations of infidelity against him.

Sylvia also revealed that she felt manipulated by Tan, who is struggling with mental health issues, while caring for him as his wife.

In response, Chan, who is a 22-year-old influencer with Titan Digital Media, put up an Instagram statement on Oct. 27.

She captioned in her post that her relationship with Tan was "revealed without [her] permission."

Social media users, however, have disagreed, pointing out that the couple had already gotten a puppy together in 2020, and addressed themselves as the dog's "mummy" and "daddy".

Chan apologised for her initially emotional response, and went on to address several points that Sylvia brought up.

Here's a summary of her statement:

You can read her statement in full here: 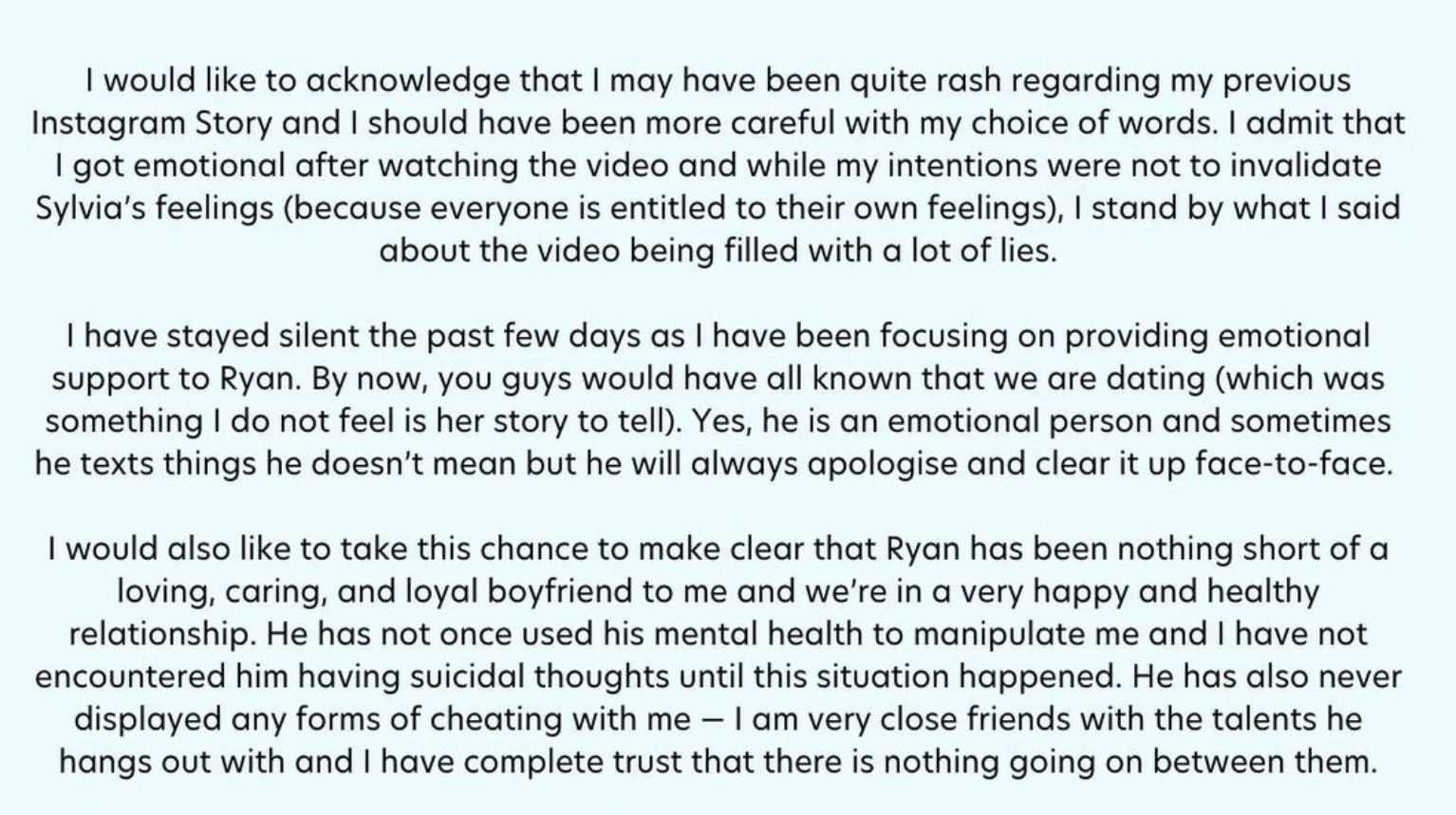