A former Crystal Jade chef who made the switch to strike out on his own has seen a positive response for his Hong Kong-style wanton noodles in Yishun.

All for a taste of S$5 Hong Kong wanton mee.

People's affection for the wanton mee is evident, as it has already been christened "632 Wanton Noodle".

The stall is located at Block 632 Yishun Street 61, a 13-minute walk from Khatib MRT station.

Wet weather not a deterrent

The wet weather on Sunday morning, Sep. 19, failed to dampen the enthusiasm for the wanton noodles.

As seen in the video, customers braved the rain for a taste of the piping hot noodles.

The rain probably added to the allure of having something hot and soupy.

The good news is that the stall appears to be open throughout the day and supplies even lasted till the night, as a queue was still going strong on Saturday evening.

The sheltered walkway outside the coffee shop has since doubled up as a queue shelter, as this was the scene at 8am on Saturday morning.

The operating hours are supposedly from 7:30am to 8pm daily.

But from the looks of it, items might be sold out earlier.

This is what the chef sees from his stall: Customers staring intently at him and his noodles.

Kin started out in Cantonese restaurants in Hong Kong over 40 years ago, when he was 18. 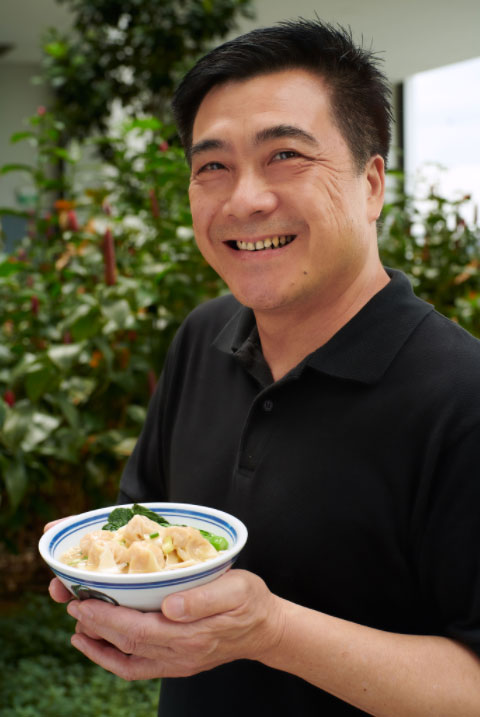 One of the main draws of Chef Kin HK Wanton Noodle is its relatively affordable pricing.

Hong Kong wanton noodles is usually found only in restaurants for around S$10, but Kin is selling his dumpling noodles at S$5 per bowl.