The challenge by Schooling comes in the wake (pun intended) of news that Soh is giving S$700 cash and 700 bottles of Pocari Sweat to anyone who can run 2.4km under 7 minutes.

The challenge then escalated as a chicken rice boss in Singapore up the ante by offering 700 packets of chicken rice on top of the cash and drinks to the sub-7-minute runner who might also be feeling a bit peckish (pun also intended).

Schooling wrote that he would give anyone a Hugo Boss suit for free if they can beat him at the 200-metre fly with a 10-second head start. The runner then confirmed with the swimmer he was talking about the butterfly stroke in the pool.

Based on Schooling's reply, he appeared to mean it could be any swimming stroke or any suit the winner wants.

The banter between the fastest people in Singapore naturally attracted plenty of responses.

And even before the fastest people banter, Singapore's official fastest 2.4km woman runner, Vanessa Lee, said she accepts Soh's challenge to run 2.4km under 7 minutes at next month's Pocari Sweat Singapore 2.4km Run on Oct. 9 and 10, 2021.

One local swimmer, Brennen Ang @bren.angyx, responded that he is up for a breaststroke swim any day of the week.

Fakkah Fuzz, a Singaporean comedian whose stage name has a word that sounds like "fast" and who also, eh, fasts, entered the conversation between fast people.

Kerstin Ong, a national hurdler, basically did the female version of a male simp. 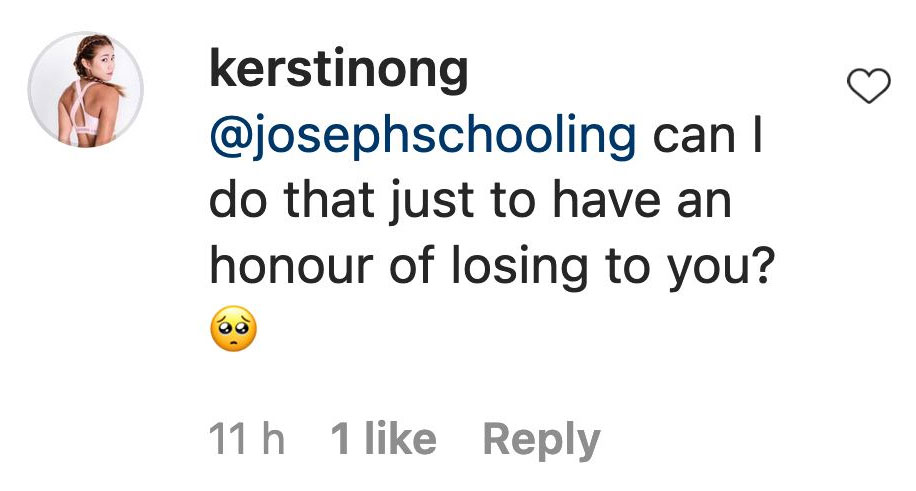 But obviously, as this conversation took place on the internet, not everyone is equally amused.

One commenter, who is as lighthearted as the Taliban, chimed in. 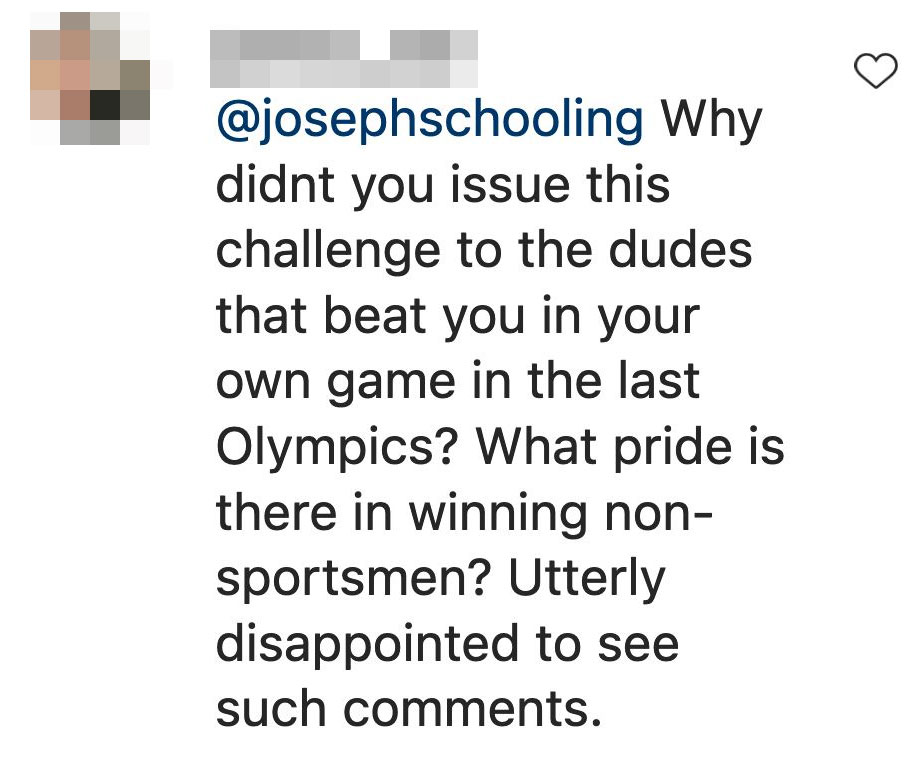 This earned a retort from Soh. 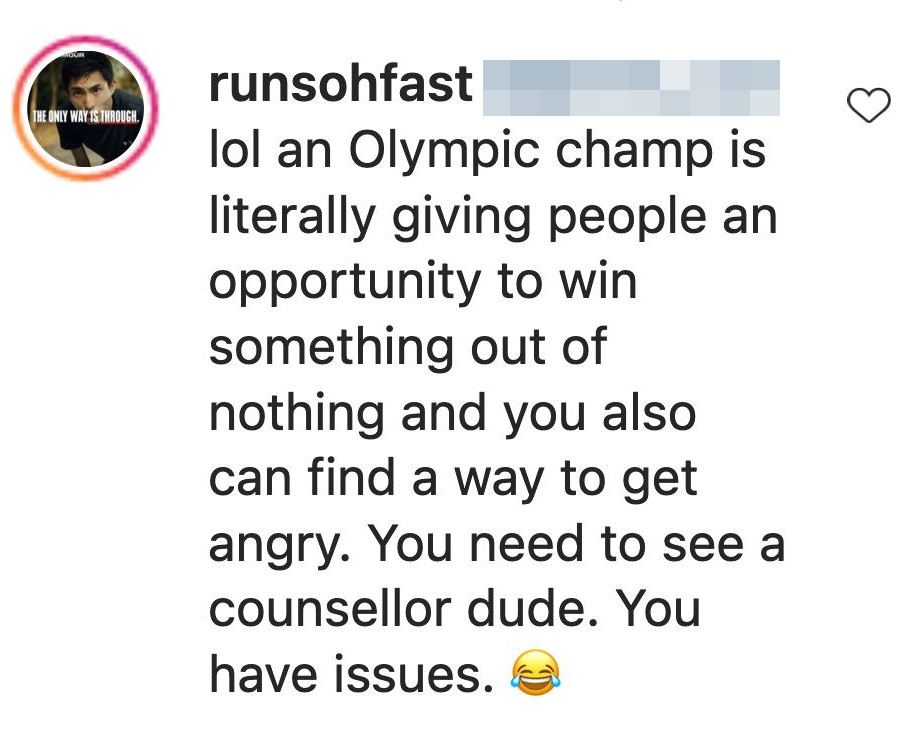 Another commenter, just as lighthearted, earned a response from the Olympian himself.