If you are trying to find your way from anywhere in Singapore to Don Don Donki at HarbourFront Centre, you will realise Google Maps showing you a route that goes beyond beating around the bush:

One perplexed Gladys Teo recently took to Facebook with this discovery.

She was trying to find her way to the Don Don Donki outlet at HarbourFront Centre from the mall's entrance, only to be shown a ridiculously long route by car -- 4 hours 24 minutes -- and an even longer trip via motorbike which clocked in at slightly over 5 hours.

Thankfully, the "on foot" option was just 1 minute.

"Why Donki why? I was just at HarbourFront entrance only..." Teo lamented in her post on Aug. 14.

Some others in the comments section pointed out a similar problem no matter where they were in Singapore. 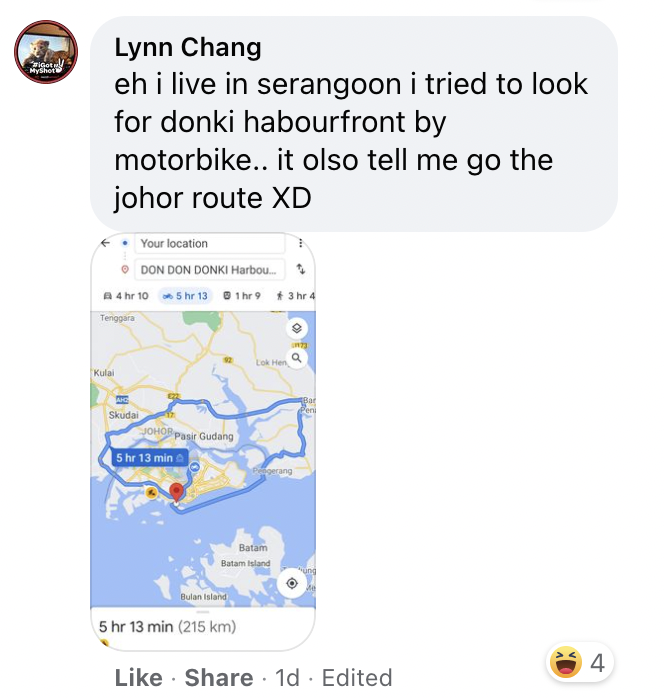 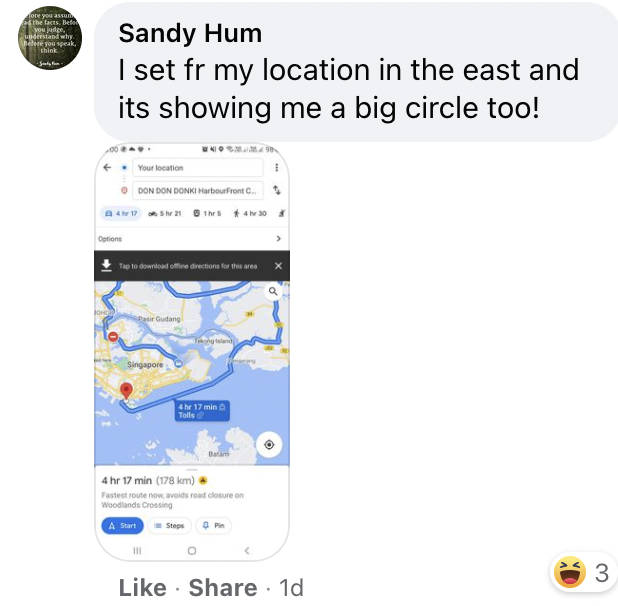 This strange 200km route would take someone across the border into Johor, and then a ferry from Sebana, Malaysia, to HarbourFront Centre. 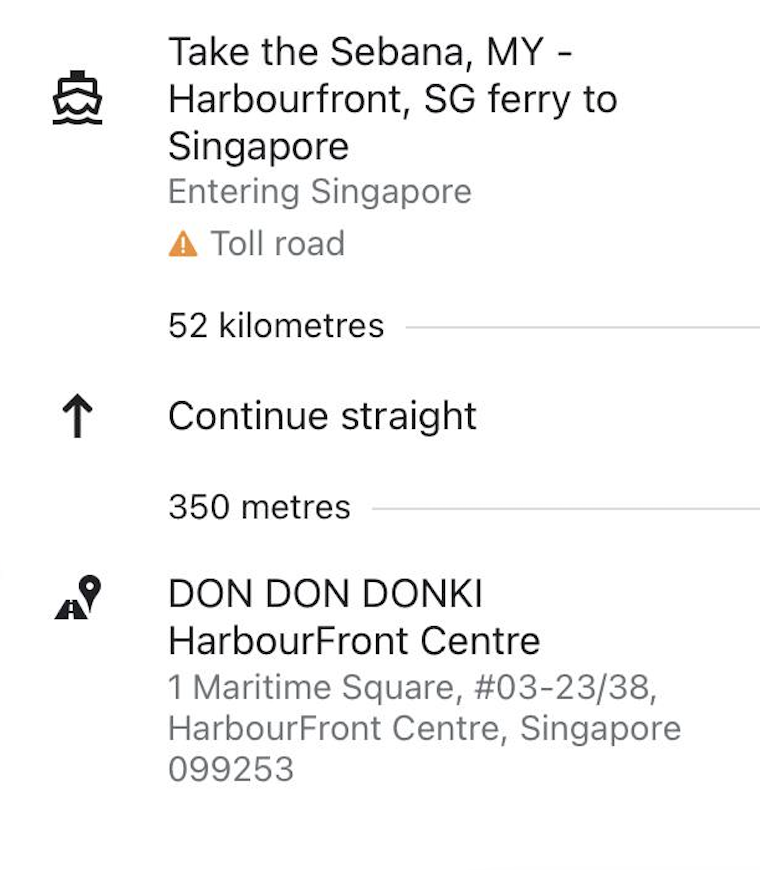 It is also worth pointing out that in some cases, the "on foot" option (ranging from two to three hours or so) turned out to be a shorter commute than the vehicle routes proposed.

There seems to be no issue when the location is set as "HarbourFront Centre", however. In response to queries from Mothership.sg, Google said the issue has been resolved.

According to comments posted on social media, Google Maps users said they did not receive directions to make the detour across Malaysia by 2pm when they searched for their way to get to Donki at HarbourFront Centre.