A five-room flat in Bishan has sold for S$1.295 million, a setting a new HDB resale record.

The 120 sq m unit is located within the 40-storey Natura Loft project at Block 273A Bishan Street 24, according to The Straits Times.

The flats come under the Design, Build and Sell Scheme (DBSS).

The sale was made just three weeks after the unit was listed, ERA Realty property agent Elson Wang — who brokered the deal — told ST.

ST reported that the flat was above the 35th level, with no specific floor mentioned.

The previous record for a HDB resale property was set in June 2021, when a 49-year-old terraced house in Whampoa was sold for S$1.268 million.

According to its listing on Property Guru, the Natura Loft flat has three bedrooms and two bathrooms. 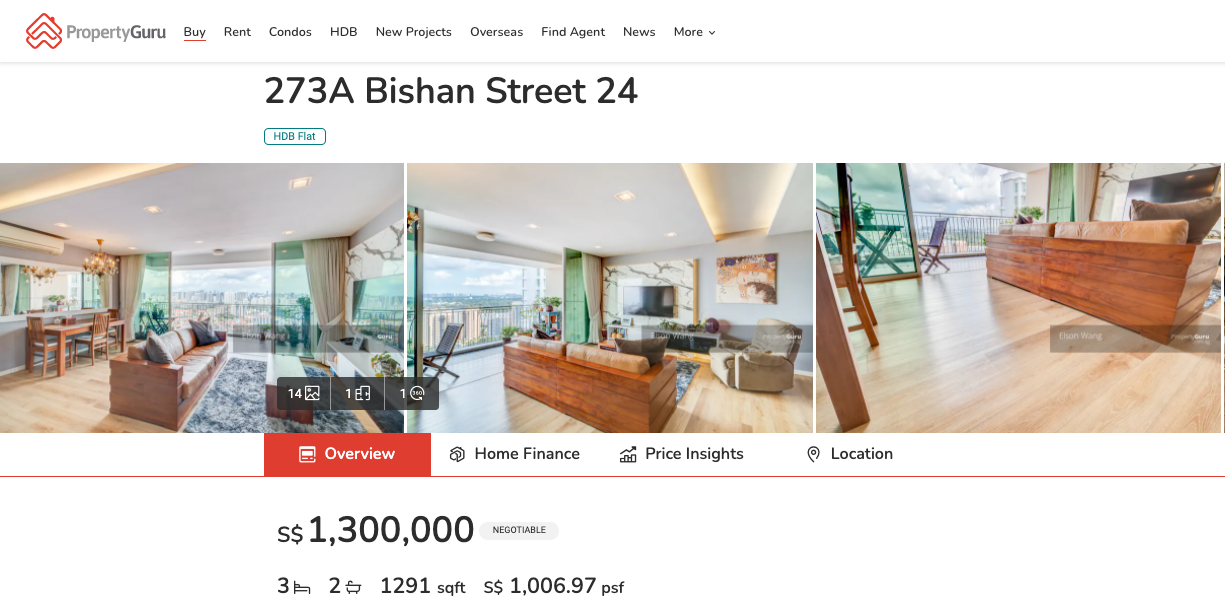 It also features a living room and dining area which opens up to a balcony with an unblocked view of the city skyline.

Wang told ST it was this view, along with the unit's central location and well-maintained interior, that made it so desirable.

Completed in 2011, the 99-year leasehold project still has about 89 years left.

According to Property Guru, DBSS flats were part of a short-lived project that spanned from 2005 to 2012.

They are essentially HDB flats that were built by private developers and tend to have interiors that resemble private condominiums rather than regular HDBs.

Features can include balconies, floor-to-ceiling windows, and study areas.

They tend to fetch high prices on the resale market.

Top image from Google Maps and via Property Guru