Singapore is ready to re-open. Gently.

Hawker centres here have began to rearrange the marking out of seats and table space to allow diners to adhere to the two pax dine-in rule set to kick in on Monday, June 21, 2021, with safe distancing observed.

This is what dining-in at hawker centres are going to look like during this Phase 3 (Heightened Alert): 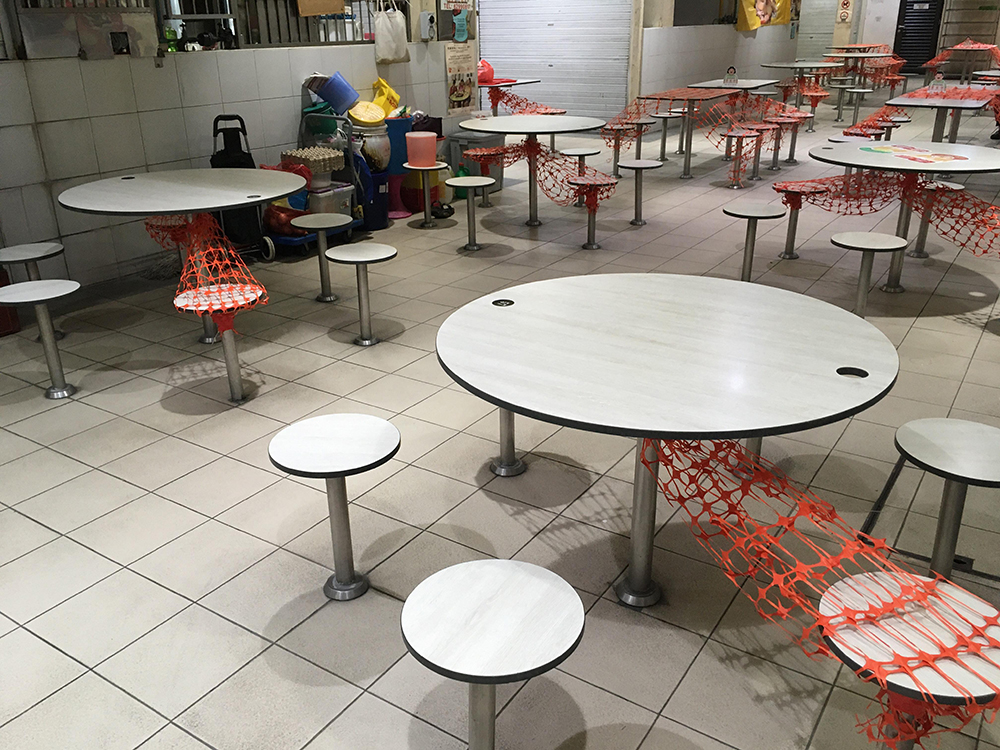 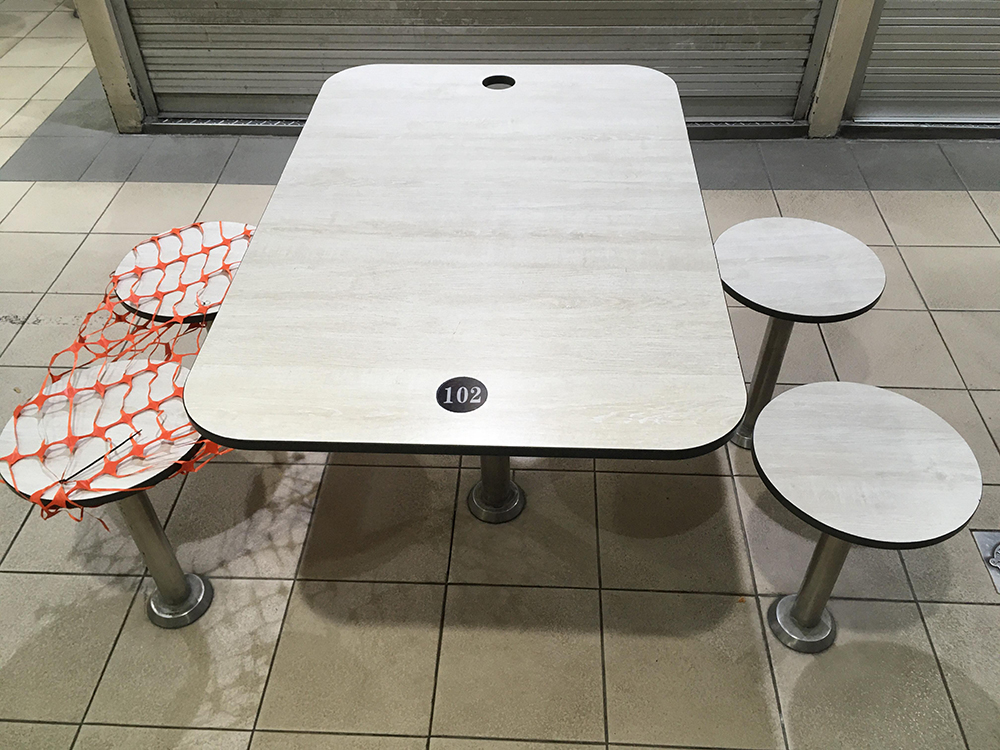 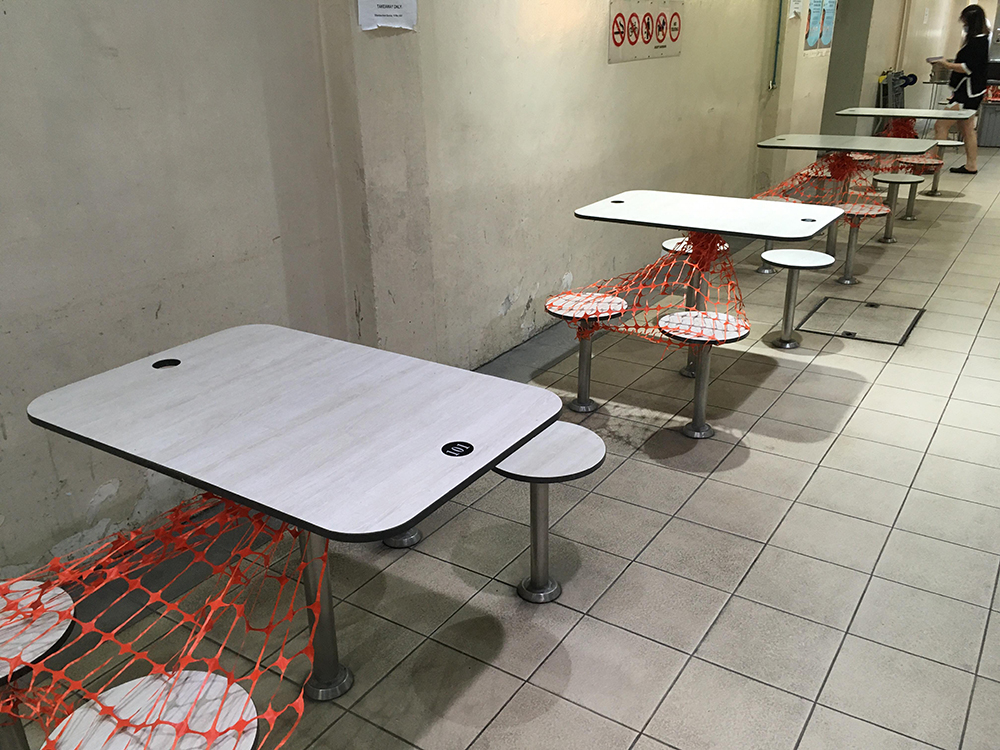 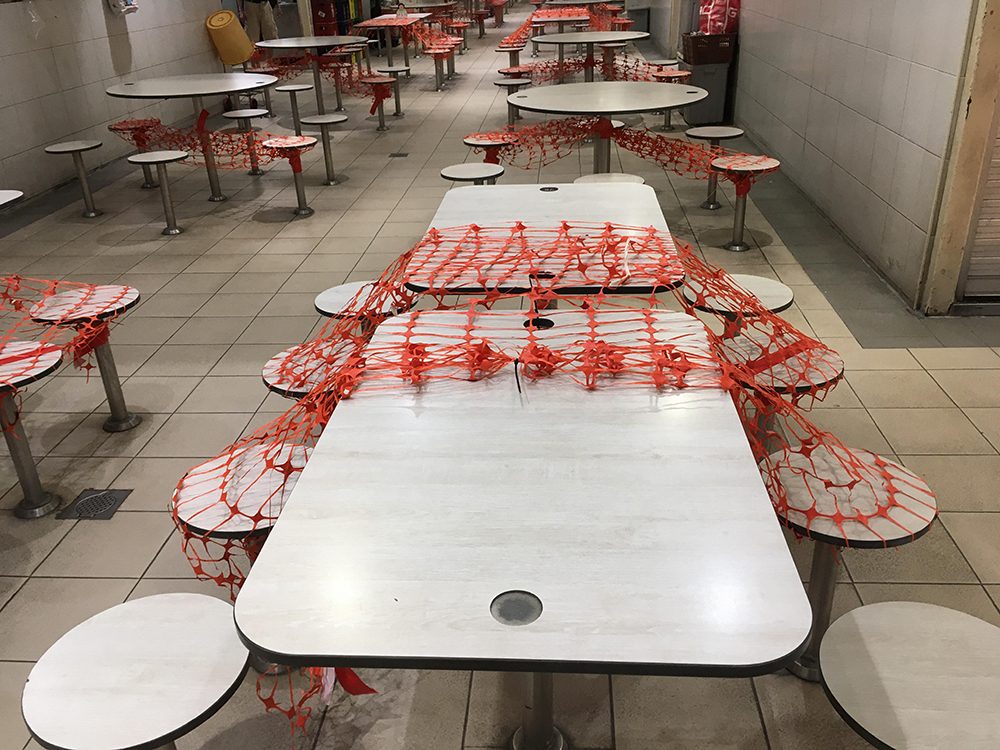 It was announced on June 18 that food and beverage outlets can resume dine-in arrangements for groups of up to two people.

Although this is a reduction from a dining-in group size of up to five people previously when eateries re-opened, it is a welcomed development after more than one month of absolute no dine-in rule.

Currently, re-opening plans are being calibrated because of the persistence of undetected community transmission cases.

A group of more than two persons who are not from the same household is not allowed to dine-in together at F&B establishments, even if they are split across multiple tables.

Who can dine-in at F&B outlets after June 21

A group of two people from the same household (e.g. Father and son).

A group of two people from different households (e.g. A couple on a date).

A bigger group, but from the same household (e.g. Mother, father, son and daughter). However, they need to be split across multiple tables, with two persons per table.

Who cannot dine-in at F&B outlets after June 21

A group of three people, but from different households (e.g. Brother, sister and sister's boyfriend who lives in another house).

A larger group of people from different households, even if split across multiple tables (e.g. Five friends who meet up to play Pokémon Go).

Do not flout rules

F&B establishments are also reminded to strictly observe safe distancing of at least 1m between groups of diners, of no more than two persons per group, to lower the risk of transmission.

Enforcement will be stepped up and the authorities will take firmer enforcement action for any breaches of safe management measures.

Patrons must keep their masks on at all times, except when eating or drinking.

Recorded music will not be allowed in F&B establishments.

This is on top of existing restrictions on videos or TV screening and live entertainment at F&B establishments.