A portion of a false ceiling near the entrance of Golden Mile Complex collapsed on Friday, April 23, 2021.

The aftermath of the collapse looked very serious in photos.

But video footage of the incident as it happened showed passers-by looking on nonchalantly right after the ceiling fell, with some even taking photos or video of the scene of destruction.

Only one person in black appeared visibly flustered after he realised what had happened.

The rest of the passers-by can be seen casually strolling away from the debris and did not appear worried that other portions of the ceiling was at risk of also falling off.

In another video, passers-by could be seen staring and pointing at the collapsed ceiling while standing near it. 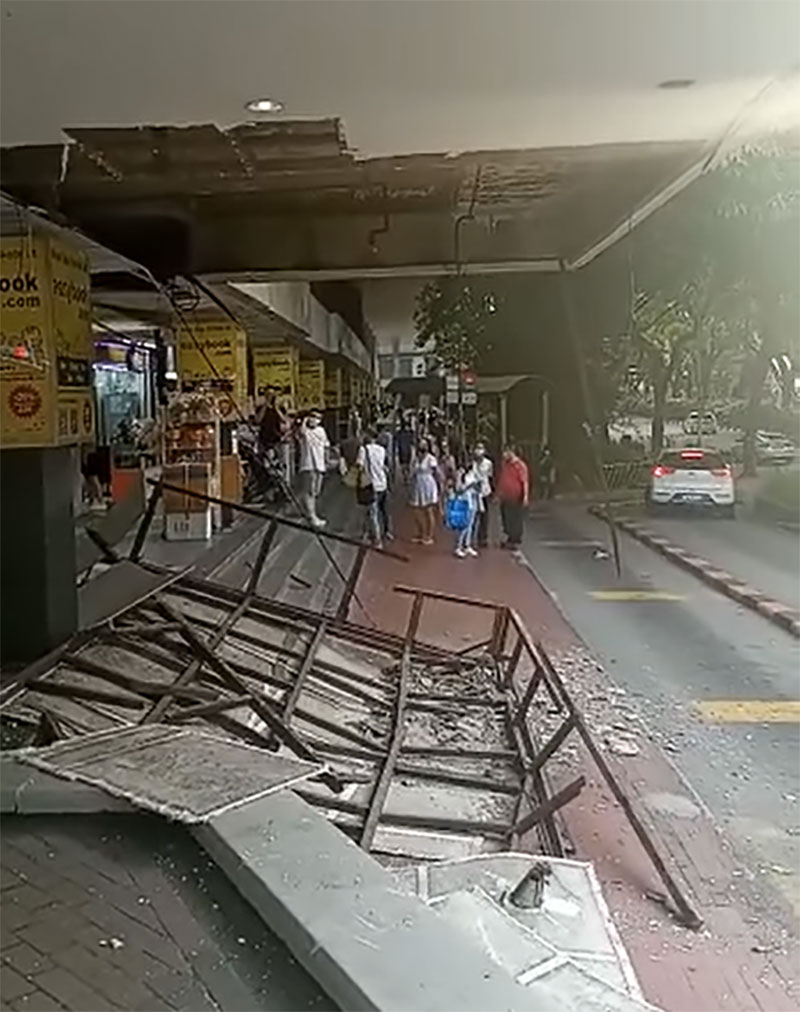 The section that fell off was a false ceiling, with ceiling boards affixed to a wooden frame.

Electrical wires were exposed after the collapse of the false ceiling.

No one was hurt.

This was the second time that a ceiling had collapsed at the complex.

In 2020, a portion of a ceiling fell in the women's washroom on the second floor.

The Singapore Civil Defence Force was not called to the scene.