Besides the bottle in hand, a total of three bottles of Tiger beer can be seen on the table before him. 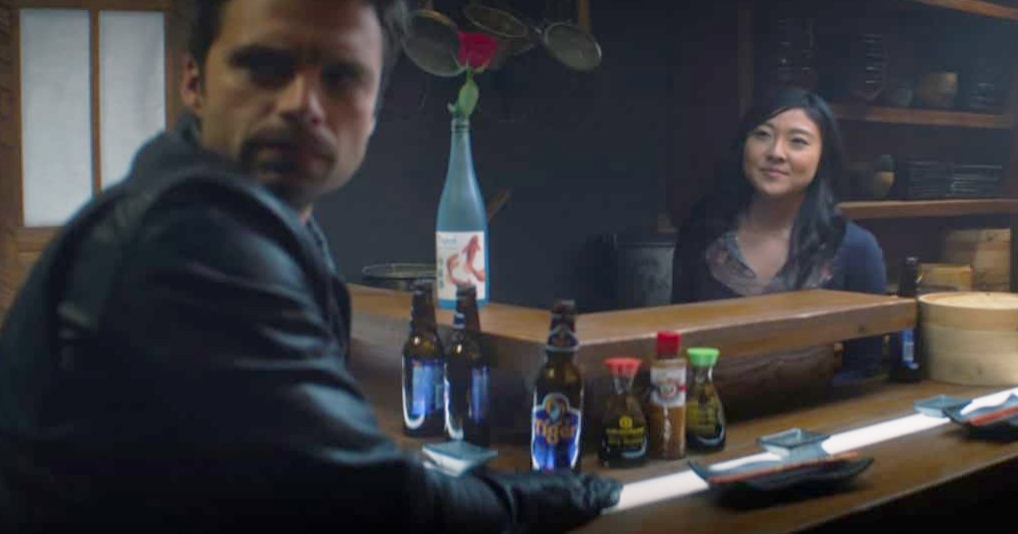 The character, played by Sebastian Stan, is hanging out at a Japanese bar on a date with the restaurant's waitress.

The short scene is a major coup for Tiger beer, as the Marvel Cinematic Universe gave a nod to the homegrown Singapore brand.

The product placement might appear out of the blue, but there exists a Singapore connection.

Much of The Falcon and The Winter Soldier story supposedly takes place in Madripoor.

This is the flag of Madripoor:

Madripoor, a fictional South-East Asian country, is based on Singapore.

It is the first mention of Madripoor in the series.

A Tiger Beer spokesperson has since confirmed the product placement is not a paid one.