The Rail Corridor (Central) has been refurbished and is now re-opened for public access.

The Rail Corridor (Central) is a 4km section stretching from The Rail Mall to the conserved Bukit Timah Railway Station near King Albert Park MRT station. 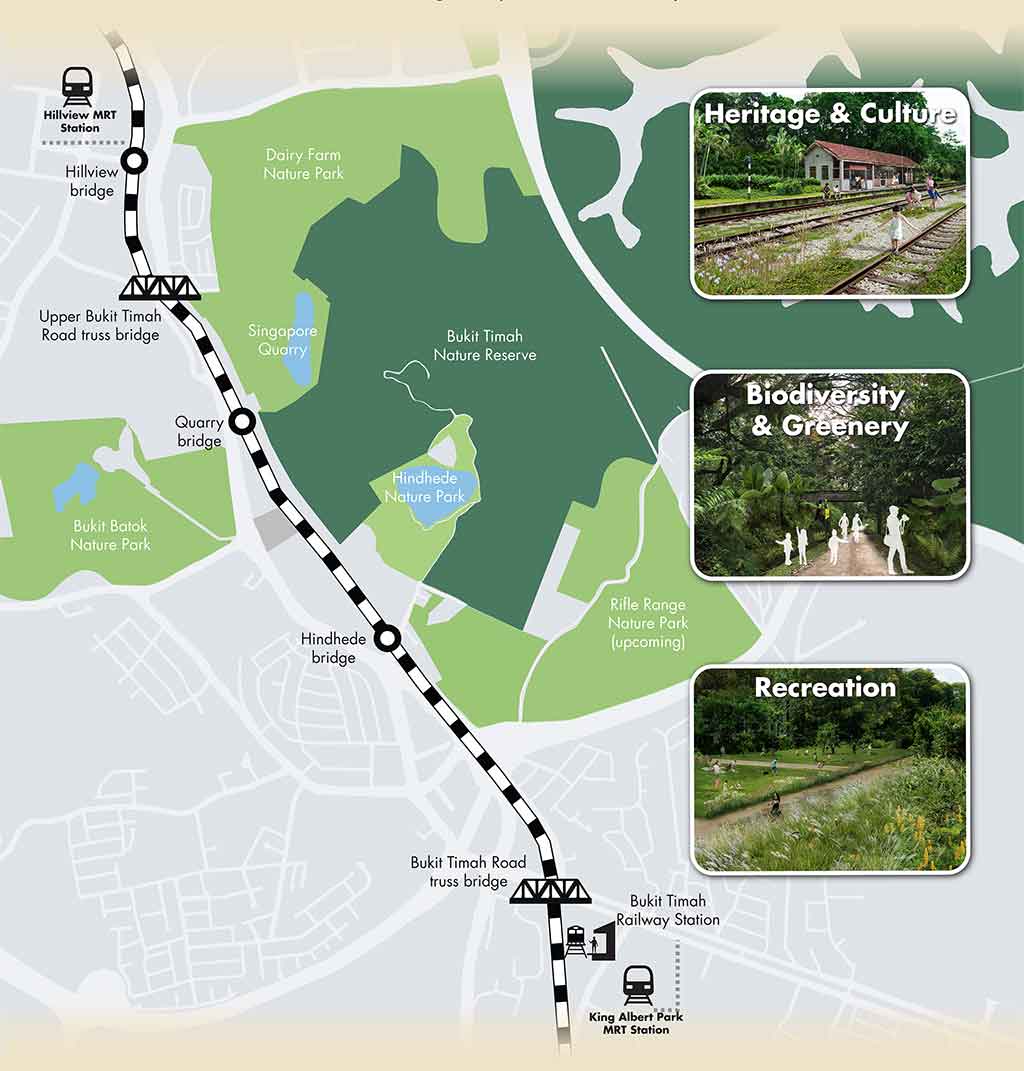 8 access points to get to the Rail Corridor (Central)

The trail along the renewed Rail Corridor (Central) now has eight different access points, which were sensitively built to simulate timber sleepers used in the old railway track:

Here's a handy infographic showing the eight different access points along the trail: 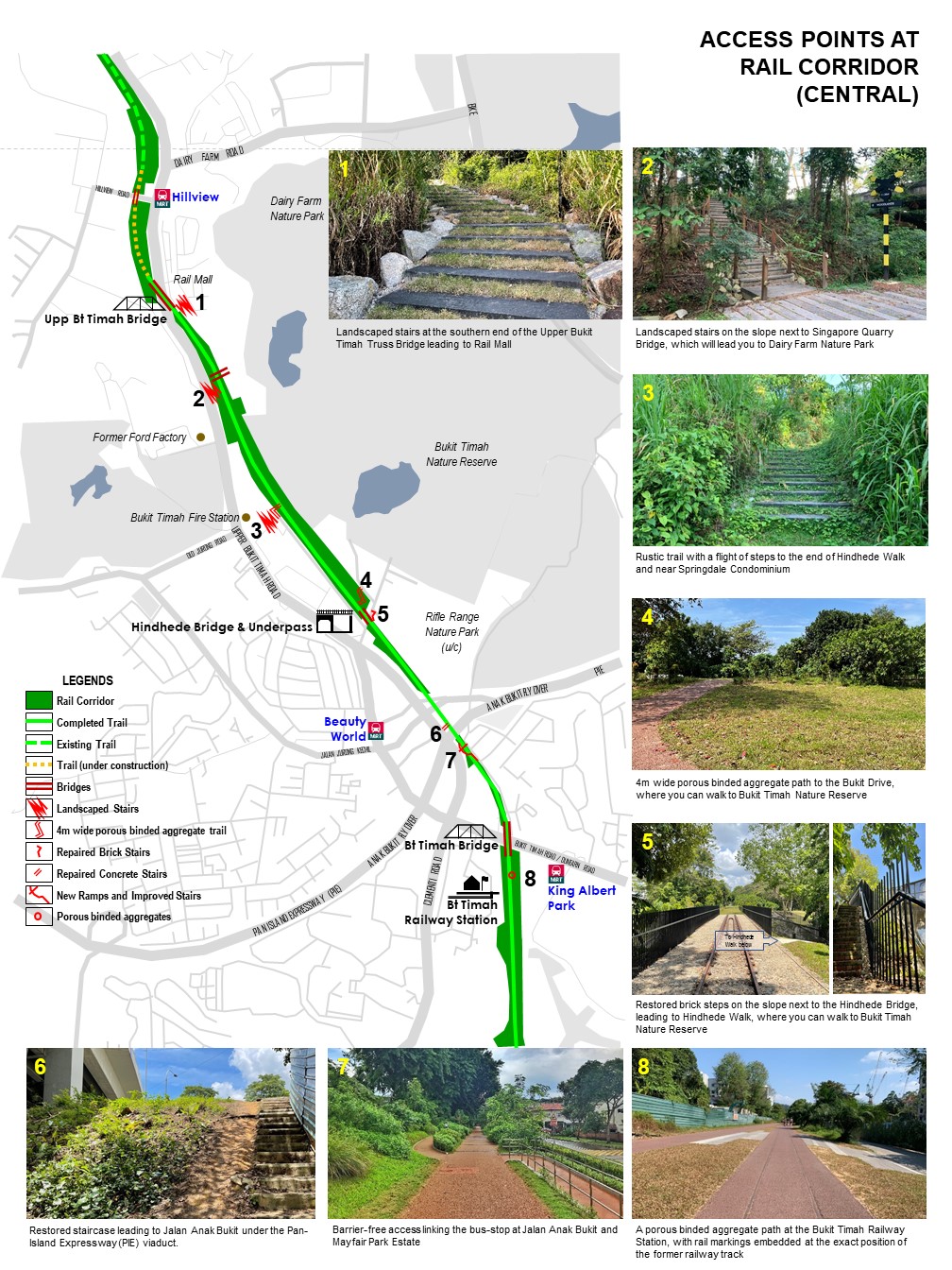 You can check out this article to read about the things that you can see along the trail:

The Rail Corridor (Central) was also sensitively restored using materials that complement the character of the trail at different stretches.

Bridges along the trail have also been fitted with railings for the public's safety.

A belt of native forest in the area has also been restored, by removing non-native plant species (which grew due to spontaneous vegetation over the years) and planting over 1,500 native trees and shrubs (like the Red Tree Shrub and the Tampines Tree) along the Rail Corridor to provide passage, habitat, and a source of food for native fauna.

A naturalised stream was retained and enhanced to act as a freshwater fauna habitat for animals such as the Spine-tufted Skimmer, the Black-eyed Litter Frog and the Lowland Freshwater Crab.

Night lighting was not installed on the trail so as to allow nocturnal animals to use the trail at night.

In lieu of night lighting, NParks and URA installed reflector poles that double as distance markers. These will be able to guide trekkers in dim lighting at dawn and dusk.

To find out more about The Rail Corridor, you can head over here.