Everyone is getting into the Chinese New Year mood, especially homegrown supermarket chain Sheng Siong.

Appearing in everyone's good books after it was reported that Sheng Siong is giving its staff a bountiful annual bonus, the chain is also spreading the joy to its customers via a rather unique way: Pork.

A Mothership reader spotted these packs of imported Bulan pork at a Sheng Siong outlet near his house in Tampines and they came with auspicious Chinese New Year greetings.

The packs of pork heart came with the very appropriate "心想事成", which means "to have whatever your heart desires". 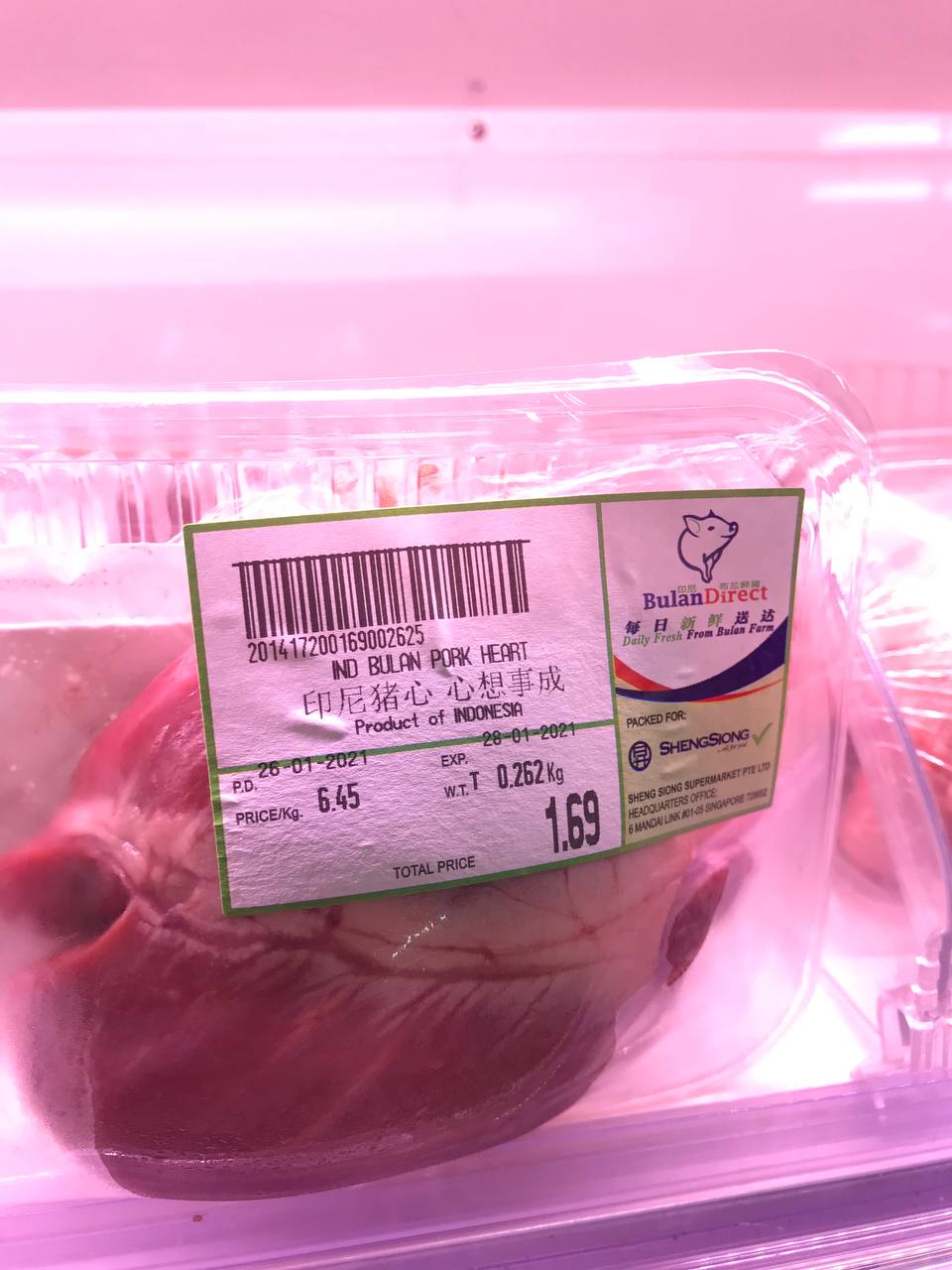 The shoulder collar, which is called "五花肉" (literally translated as Five-Flower Meat) comes with the greeting "花开富贵", which means "to overflow with wealth and prosperity like flowers in full bloom". 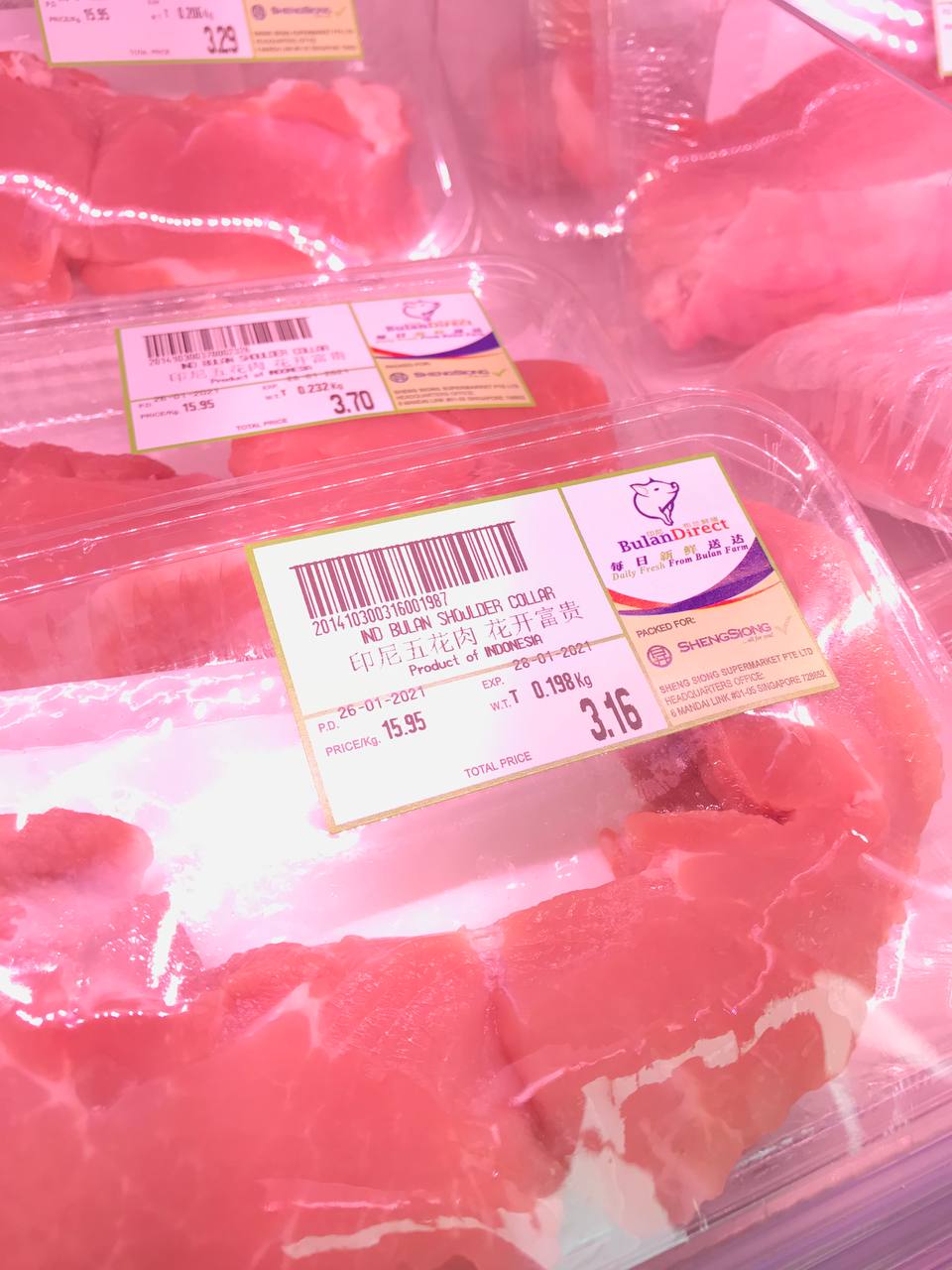 The pack of pork lard comes with the greeting "顺顺利利", which means "to have your endeavours run smoothly". The pack of pork tongue has the greeting "甜甜密密", which means "to have sweetness in one's life". 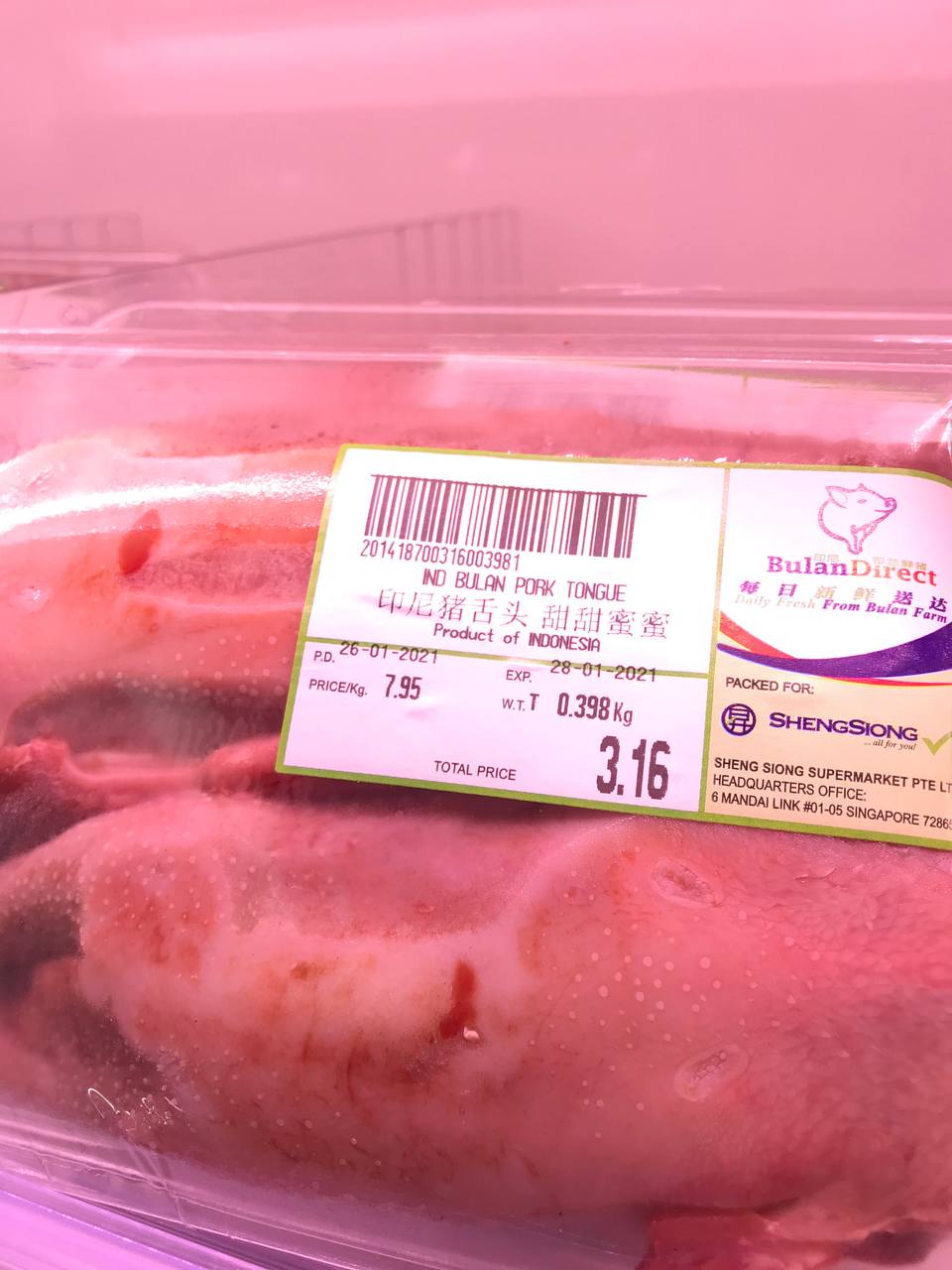 For those who are wondering, Bulan pork comes from Bulan Island, which is to the southwest of Batam Island.

Bulan Island has the largest pig farm in Southeast Asia with a population of 250,000 pigs, according to FairPrice.

It’s the only farm that is approved by the Singapore Food Agency to export live pigs to Singapore for the past 17 years.

All images courtesy of Clement Chai.