Over the weekend, the story of Lim Shiow Rong was brought back into the limelight after 25 years.

Lim, a seven-year-old girl, went missing on June 24, 1995, only for her body to be found the next day, near Jalan Woodbridge.

Investigations revealed that the girl, who was found in a semi-sitting position, had been raped and strangled.

The police subsequently released a description of a possible suspect several days after Shiow Rong's death. However, according to the family in 2021, the police could not find the culprit and provided no updates after that.

It became a cold case.

We went to dig up old media reports and found that there was more to the story.

The Victim: Often left to play on her own

The girl was said to be a very friendly child, even to strangers.

A family friend, Mdm Chia, told The New Paper that Lim was so friendly with people that she would follow anyone who claimed to be her father's friend:

"One day I saw a man taking her with him to the toilet. Luckily we knew the man. And he only took her to the doorstep of the toilet and went in alone."

The paper also spoke to Lim's school teacher, Mrs Chew at Poi Ching School, who said that the girl was "very hyperactive and streetwise", "boyish", and "aggressive". 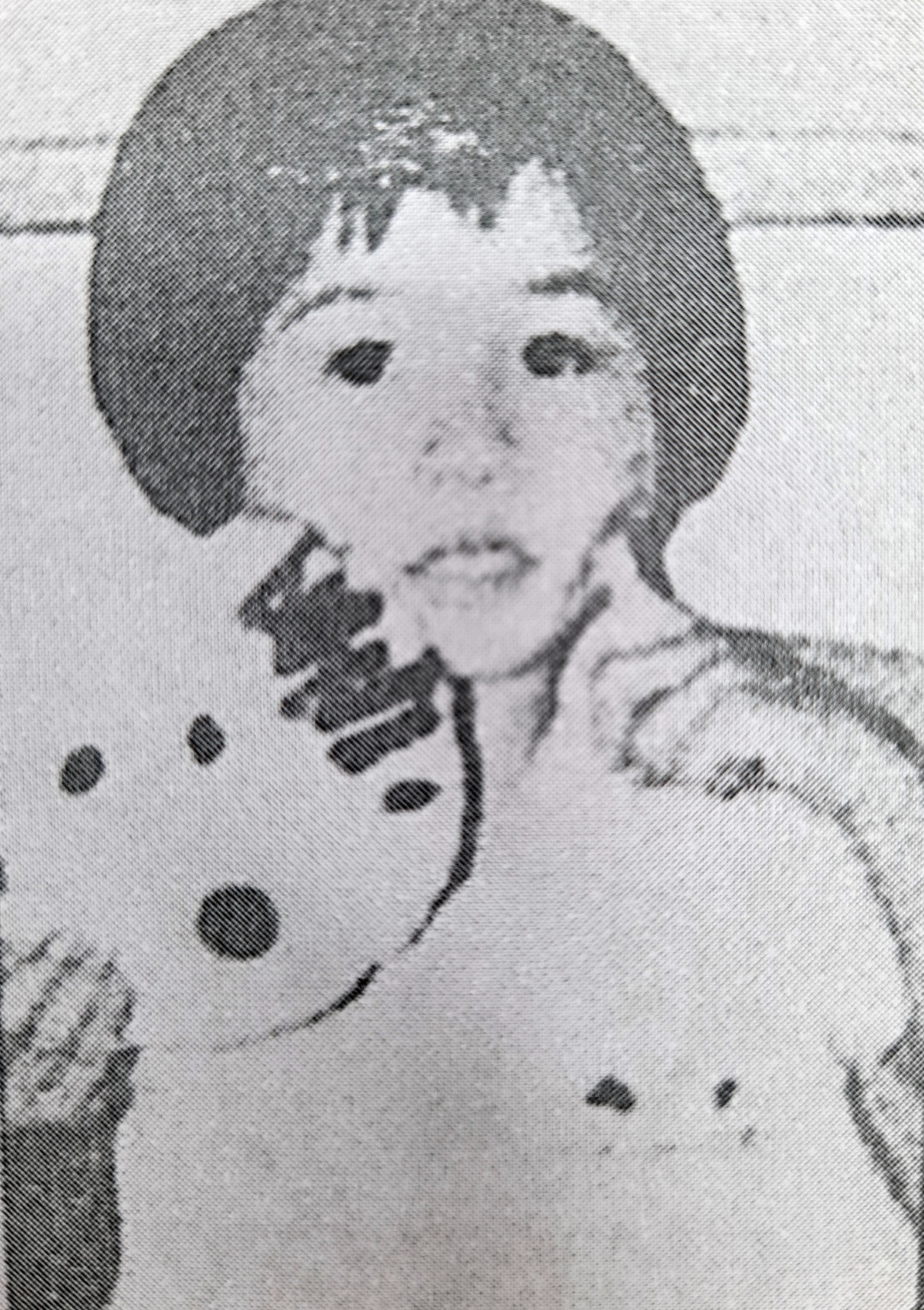 However, one thing that both Mdm Chia and Mrs Chew concurred on was that Lim was frequently left to her own devices.

Mdm Chia claimed that she had on countless occasions urged Ang to engage a babysitter to look after both Lim and her younger sister, Jia Hui.

"But she wouldn't listen...Shiow Rong was left to take care of the young one when her mother was working. I felt so sorry for her."

Mrs Chew said that according to Lim, the girl's parents had no time for her. According to The New Paper, Ang worked from 4pm to 11pm daily. It also later emerged that at that time, Lim's father was in a drug rehabilitation centre.

To the hawkers at the market and food centre, Lim was known as "Ah Girl" and always loved riding her bicycle in the hawker centre.

Presumably because Ang worked late, Lim would occupy herself by playing at a nearby playground as well. A neighbour told The Straits Times that she had spotted Lim at the playground "even at 11pm" on occasion.

Lim gulped down her bowl of chocolate cereal. It's strange, Ang thought to herself; her daughter usually ate slowly.

Finishing her cereal, Lim stood up and got ready to leave.

Before Ang could ask who this friend was, Lim had already ran off. That was the last time Ang saw her daughter.

Ang went to work, but by 11pm, Lim still had not returned.

She closed her stall and went around Toa Payoh searching for her daughter. All through the night, Ang searched and searched but there was no sign of Lim.

Daybreak came and the frantic mother was close to a breakdown. At 9am, she and Lim's grandmother lodged a police report.

Little did she know that just an hour before, a youth who was playing football near Jalan Woodbridge had found Lim's body.

She was placed in a semi-sitting position in a drain off Jalan Woodbridge, 8km away from Lim's house.

Investigations revealed that Lim was raped and suffocated to death; blood stains were discovered on her panties.

"When I went to identify her body, my daughter had what looked like finger imprints around her neck and blood on her mouth, but her face was at peace, as though she was only asleep," Ang told The Straits Times.

On June 27, 1995, two days after Lim's body was found, The New Paper reported on two rather mysterious clues.

The first was the date June 24, 1994 scrawled on Ang's bedroom wall. According to Ang, the scrawl was made by Lim and it was new. She suspected that it was an appointment made with Lim's abductor. 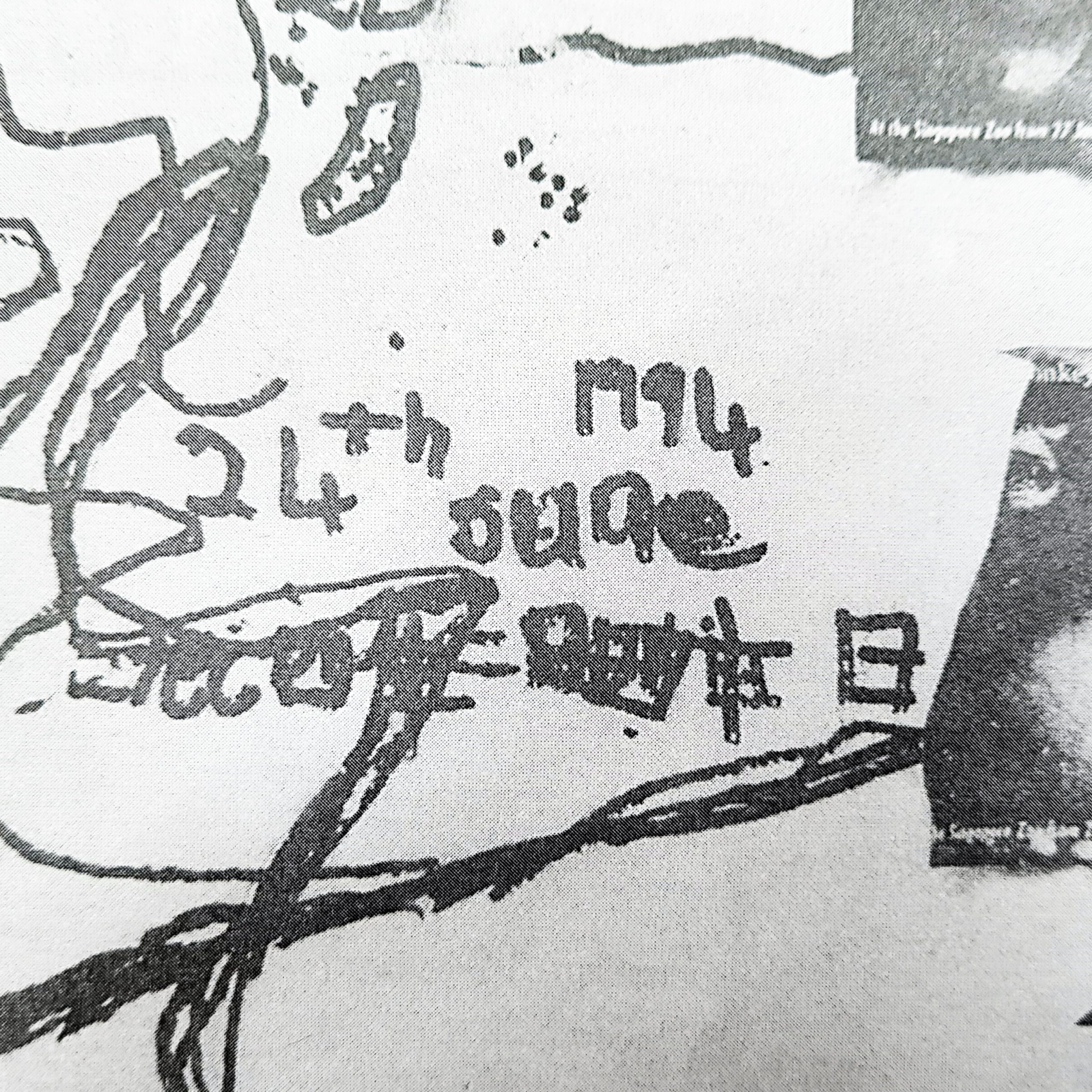 While the date -- June 24 -- was the date when Lim went missing, the year was wrong. Was it a mistake on Lim's part?

The second clue was a piece of paper torn from a cigarette carton which was found in Lim's brown pouch. The pouch was left behind at her mother's stall. The piece of paper had a pager number scribbled on it. Below the number was the Chinese character (弟) which means little brother. 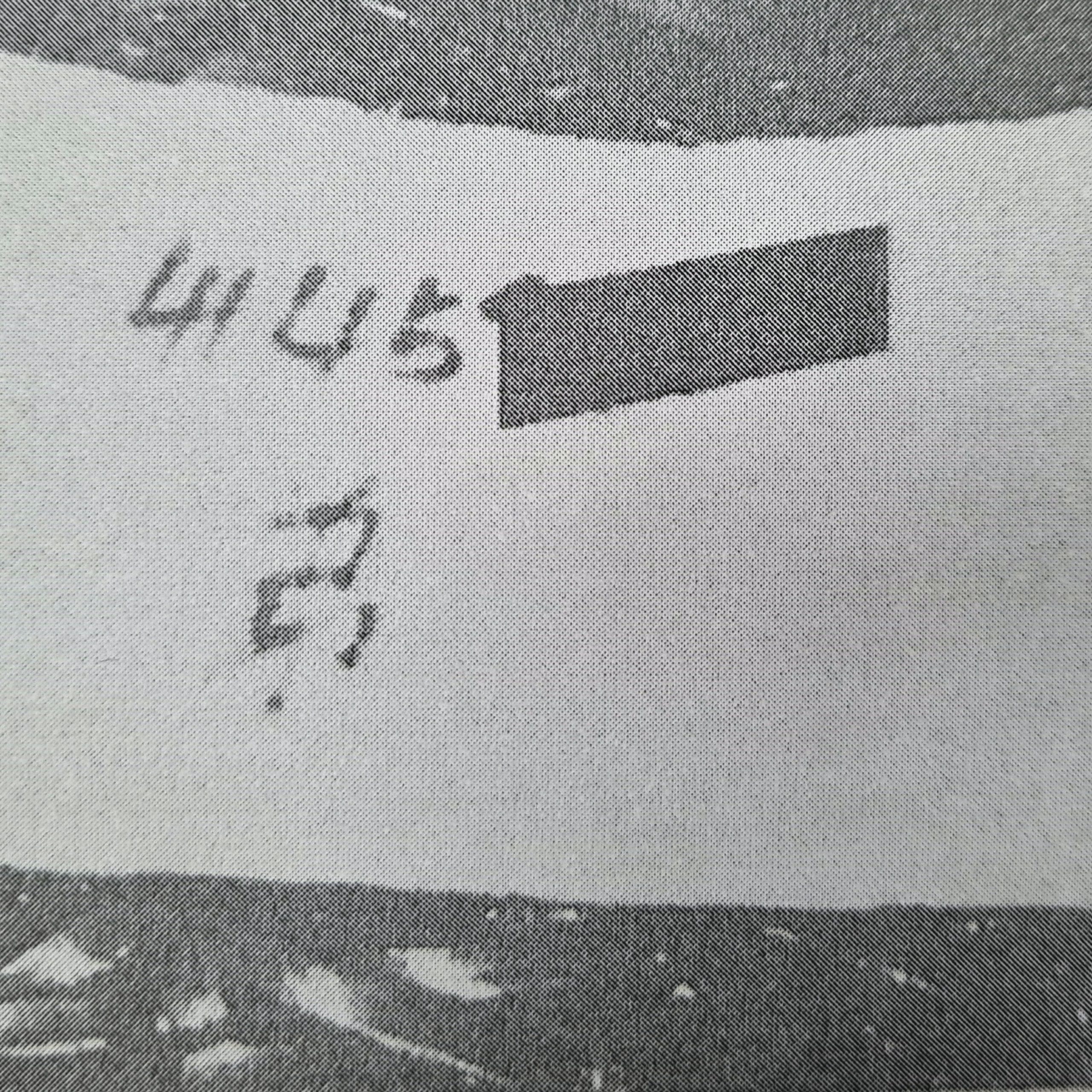 Who was this "little brother"? Did Lim make an appointment to meet him? How was he involved in her abduction, as well as her subsequent rape and murder?

The Straits Times reported on June 29, 1995 that the police was working on lead provided by the pager number.

The Suspect: A possible customer?

On July 7, 1995, the Police issued a photofit of a rather nondescript man, believed to be involved in Lim's murder. 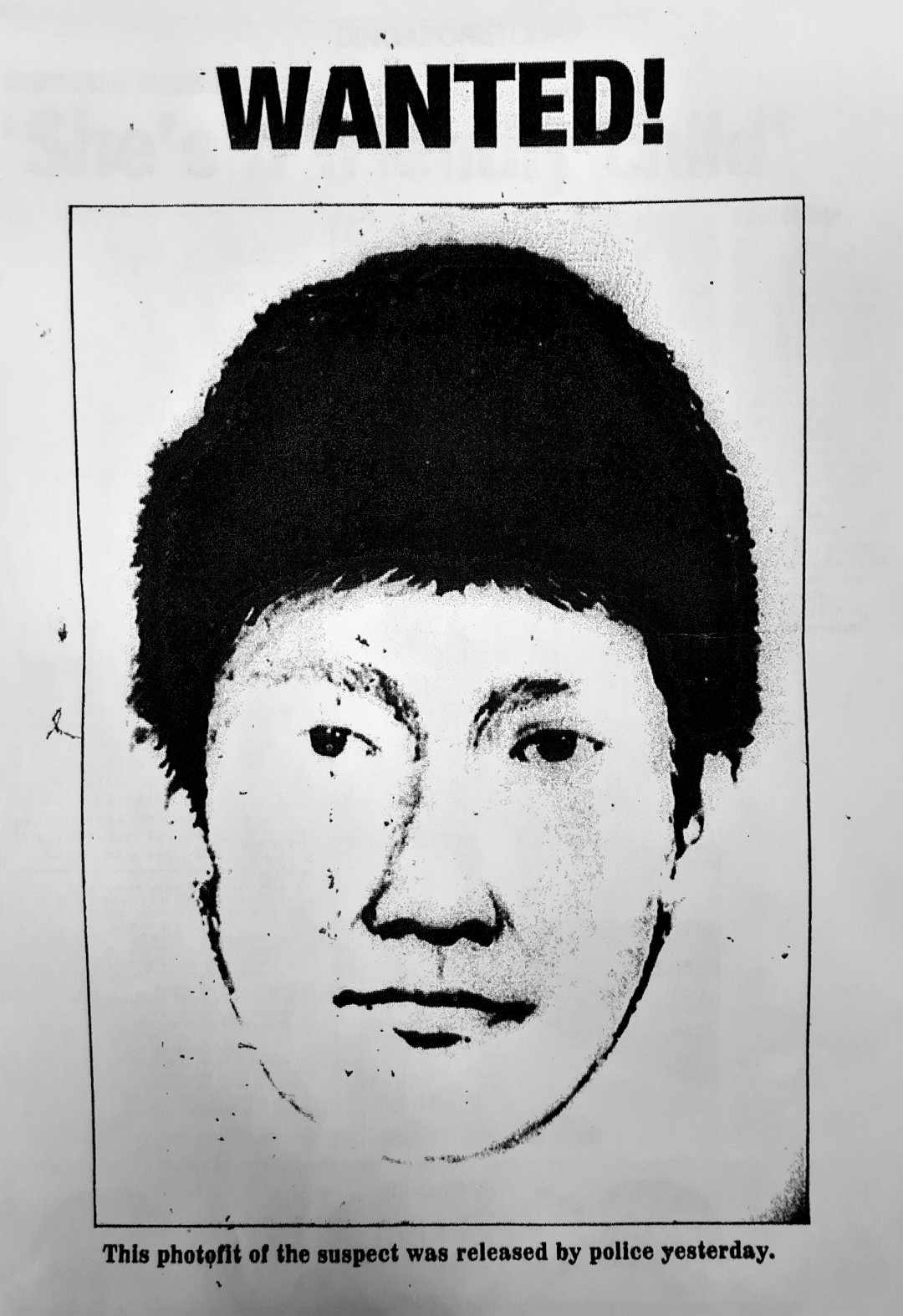 Was this the man whom Lim went to meet? We don't know for sure.

After her daughter's death, Ang told The New Paper that she had seen, on multiple occasions, a highly suspicious customer:

"A Chinese man comes when my husband is not around, usually between 8 and 11pm. He is dark and stout, of average height, and does not wear glasses."

He would usually order a coffee and sit for about half an hour. Most tellingly, he only talked to Lim.

Some folks later told Ang that they had also seen him buying Lim sweets.

"Now they tell me. It's too late," she said to the paper.

Speaking to the media 25 years later, Ang and Lim's sister, Jia Hui, said that they want to find Lim's killer in order to receive closure.

The family is hoping that the public can come forward with fresh leads or information previously not revealed -- information that they can take to the police to reopen this cold case.

They are motivated to crack this unsolved case after seeing the police make progress with the Felicia Teo murder case some 13 years after it happened.

"I believe they can find something with DNA and fingerprints (since Shiow Rong) was beaten up," Jia Hui said, according to The Straits Times.

“Maybe people have already forgotten about my sister’s case, but I hope all of you can help me."