People who were trying to make an appointment to get crisp, new notes from DBS for Chinese New Year may have experienced a bit of déjà vu earlier today (Jan. 24), as some trying to use the online system to book slots to pick up the notes faced intermittent delays.

This has led to an angry barrage of unhappy members of public complaining on DBS's Facebook page about the technical difficulties they faced while trying to book their appointments.

On Jan. 11, the Monetary Authority of Singapore (MAS) announced that members of the public who wish to draw crisp, new notes for Chinese New Year would need to make an appointment online with their local banks — DBS, OCBC, and UOB — before visiting any branches.

However, within hours of the first reservation period opening on Jan. 18, DBS announced at that all collection slots for Jan. 25 to Jan. 29 had been taken up, as of 1:30pm.

Round 2: many customers facing technical difficulties

When booking slots opened again on Jan. 24, many customers appeared to face technical difficulties. Some took to the comment sections of DBS's Facebook posts to air their grievances: DBS shared a Facebook post at 11:13am saying that some customers may experience intermittent delays due to "overwhelmingly high traffic".

They said that they "sincerely apologise" for the inconvenience and asked customers for their "kind understanding".

DBS also reminded customers that starting Monday (Jan. 25), they will be able to withdraw new notes from 61 ATMs around the island without need to pre-book, and that customers over the age of 60 or who have disabilities are exempted from pre-booking.

They also suggested that customers consider opting for e-ang baos instead, by requesting for DBS QR gift cards before Feb. 2.

Suggestions to use try switching devices and browsers

In a comment on their post, DBS also gave some tips for customers trying to log into the system, such as clearing their browser's cache, switching to a different device, or trying a different browser. Some people commented that they were able to find success using their desktop rather than their phones. 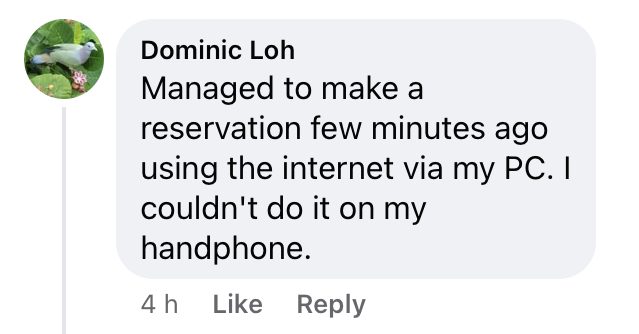 However, that did not seem to work for everyone, and many people continued to express their frustration at the situation, with a number of them claiming that they had been trying to book a slot for several hours already. 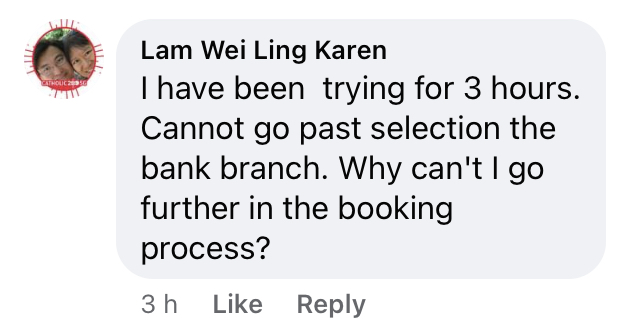 When Mothership visited the DBS booking page using Google Chrome on a desktop around 4pm on Jan. 24, the system seemed to be working rather smoothly already.

...we encountered this error message:

However, when we tried to book slots later in February, such as one on Feb. 8 from 9:30am to 10:30am, we were able to proceed to the booking page, where we were prompted to enter our personal information for booking purposes.