A community cat in Singapore with nowhere to hide or take shelter during the heavy downpour island-wide on New Year's Day was wiped down dry with a towel by a Good Samaritan, who also made it a box with shelter to hide in.

The incident occurred on Jan. 1, 2021, after the heavens opened and dumped an unprecedented amount of rain on the island to usher in the new year.

The loaf of cat was found quivering on the wet ground under a sheltered walkway in Hougang Street 31 by a woman, who is a Mothership reader.

The woman said she found the cat drenched as it appeared not to have anywhere to hide from the rain.

Despite being under the walkway, the cat was splashed by water from the heavy downpour but did not budge.

She said: "Very poor thing. Think it is because of territory. The cat cannot go elsewhere as there might be other cats."

The Good Samaritan said she went back up to her house twice to get towels and boxes.

The first towel she brought down was wet after she wiped the cat down, while the first box she brought along with her was too shallow.

The second fresh towel was used to drape over a bigger box to create a safe space for the cat to hide in.

While making a shelter for the cat, the Good Samaritan said another woman approached her and handed her a serving of wet cat food.

The woman then hurried off as she said she had to rush to work. 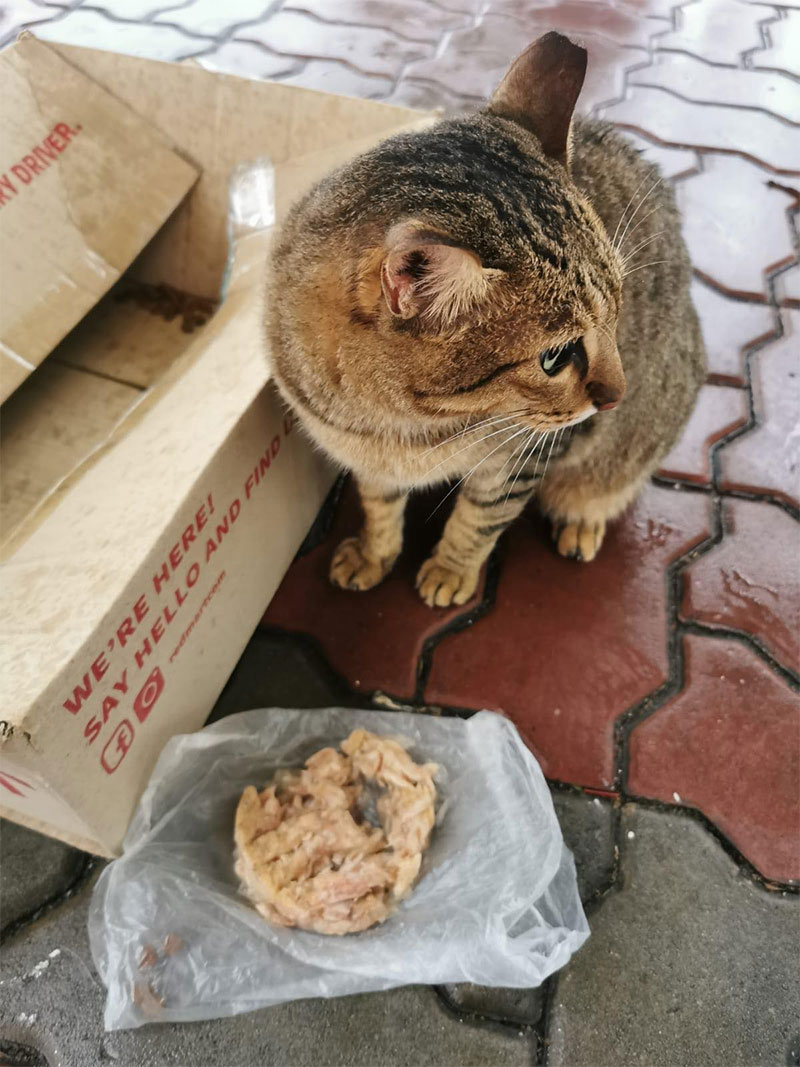 The improvised shelter box went through a few iterations before the best version was established. 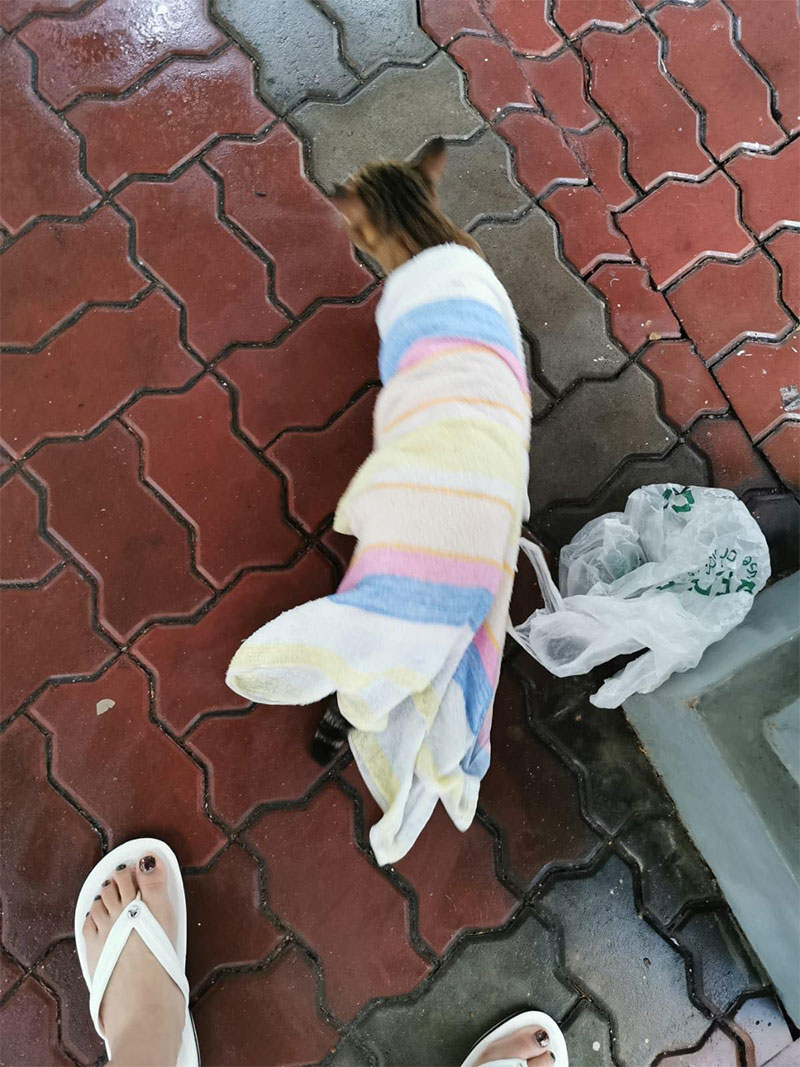 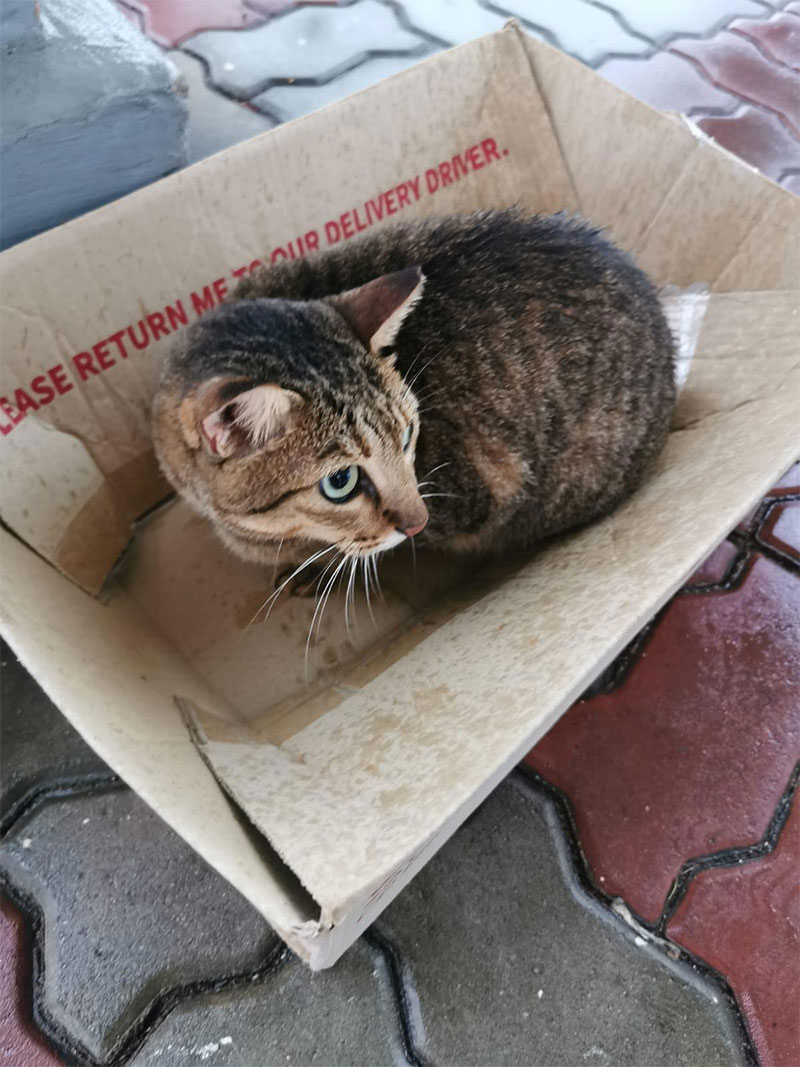 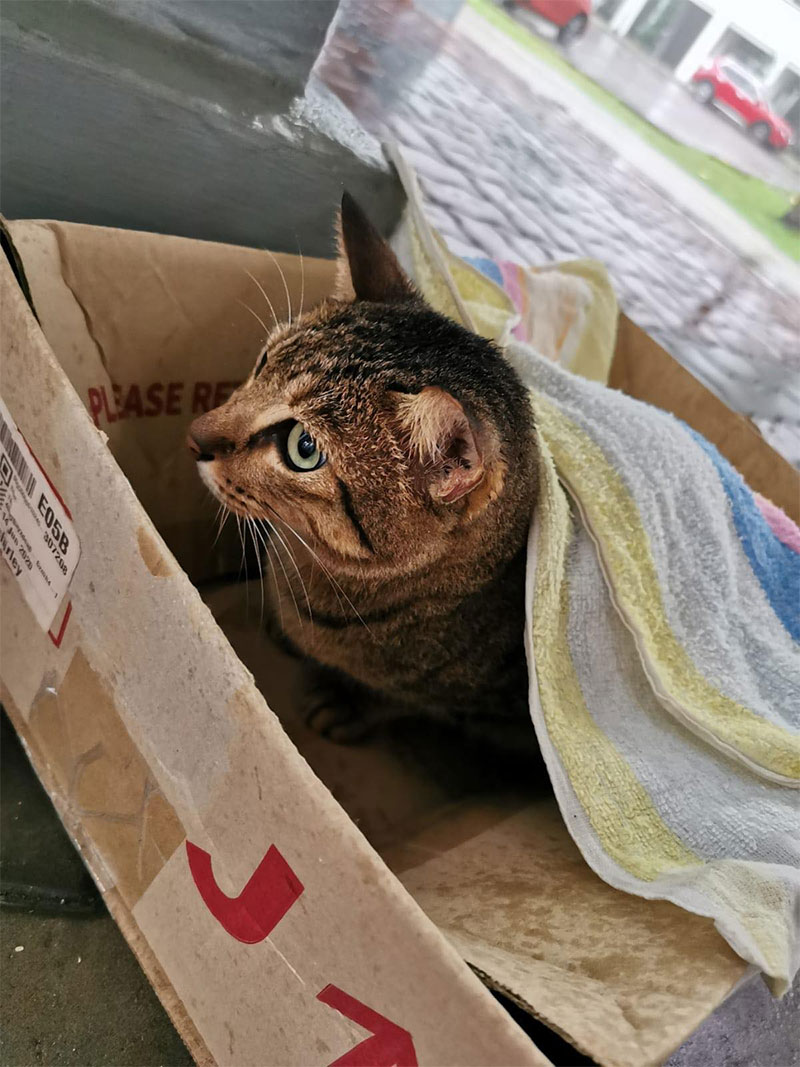 The Good Samaritan also said she was told by a middle-aged man in the area that this cat had a buddy but it died recently.

She said: "Maybe that's why it couldn't go elsewhere as it did not have a buddy to fight together with him."