Kind souls in Singapore have been been making houses out of cardboard boxes for community cats during this recent chilly weather.

The Good Samaritans also made the effort to decorate the cosy homes.

Photos of these cardboard houses were shared on the Cats and Kittens of Singapore Facebook group on Sunday, Jan. 3.

The post's caption said more of these cardboard houses have sprung up all over Singapore.

A sneak peek into one house revealed a tabby cat resting inside, which then came out to greet its visitor.

The makeshift house even had the word “Meow” written on top. 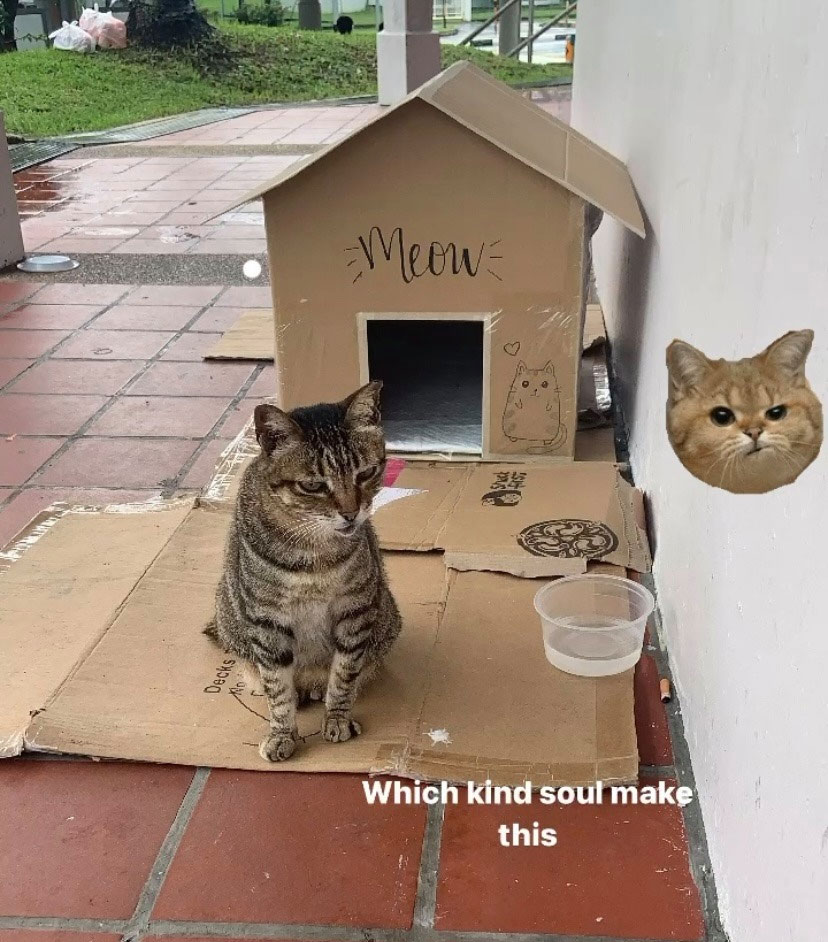 The cat was subsequently seen inside the house at night: 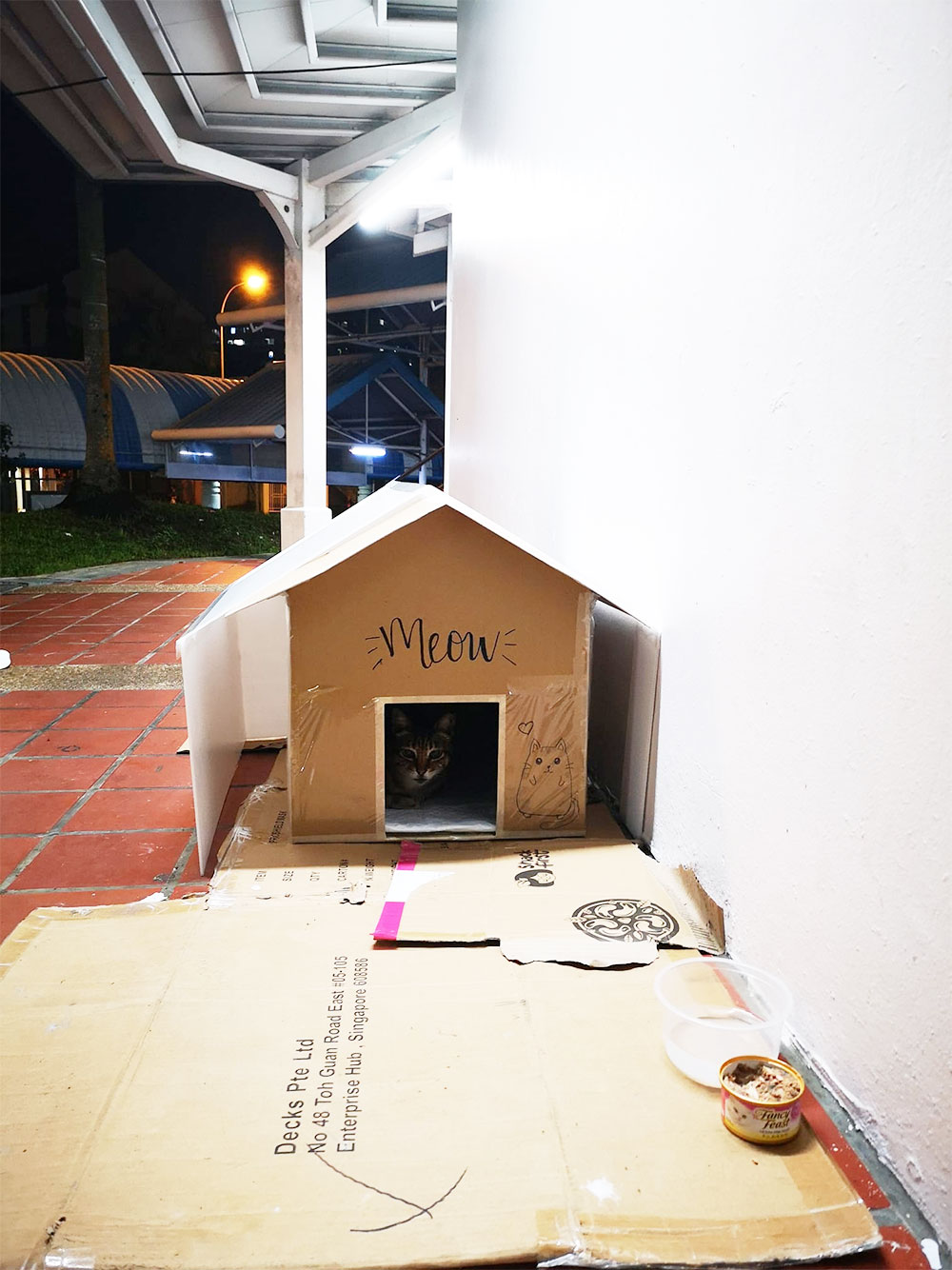 The house also had a drawing of a Pusheen cat lookalike on the side: 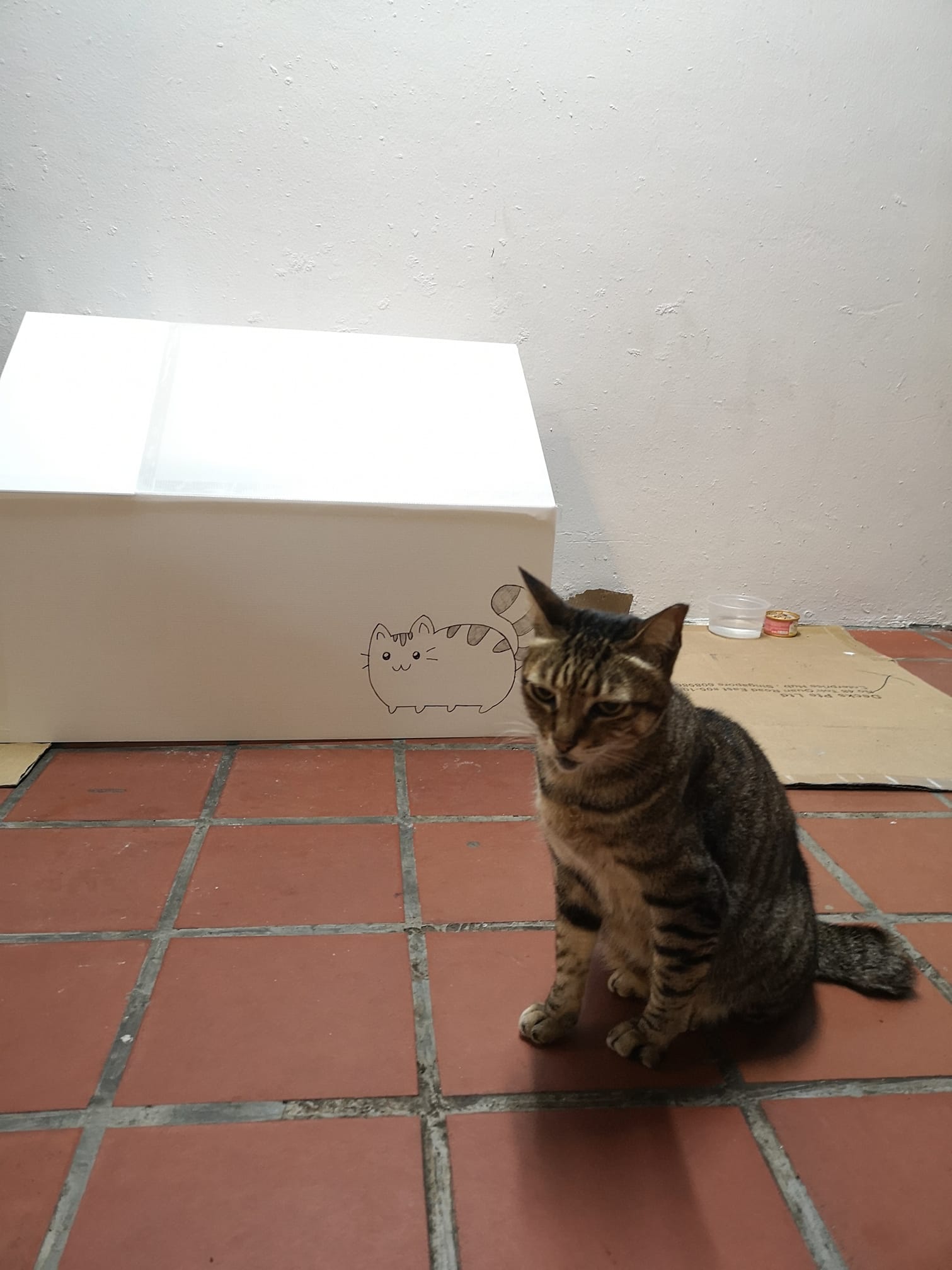 Another was inhabited by a calico cat: 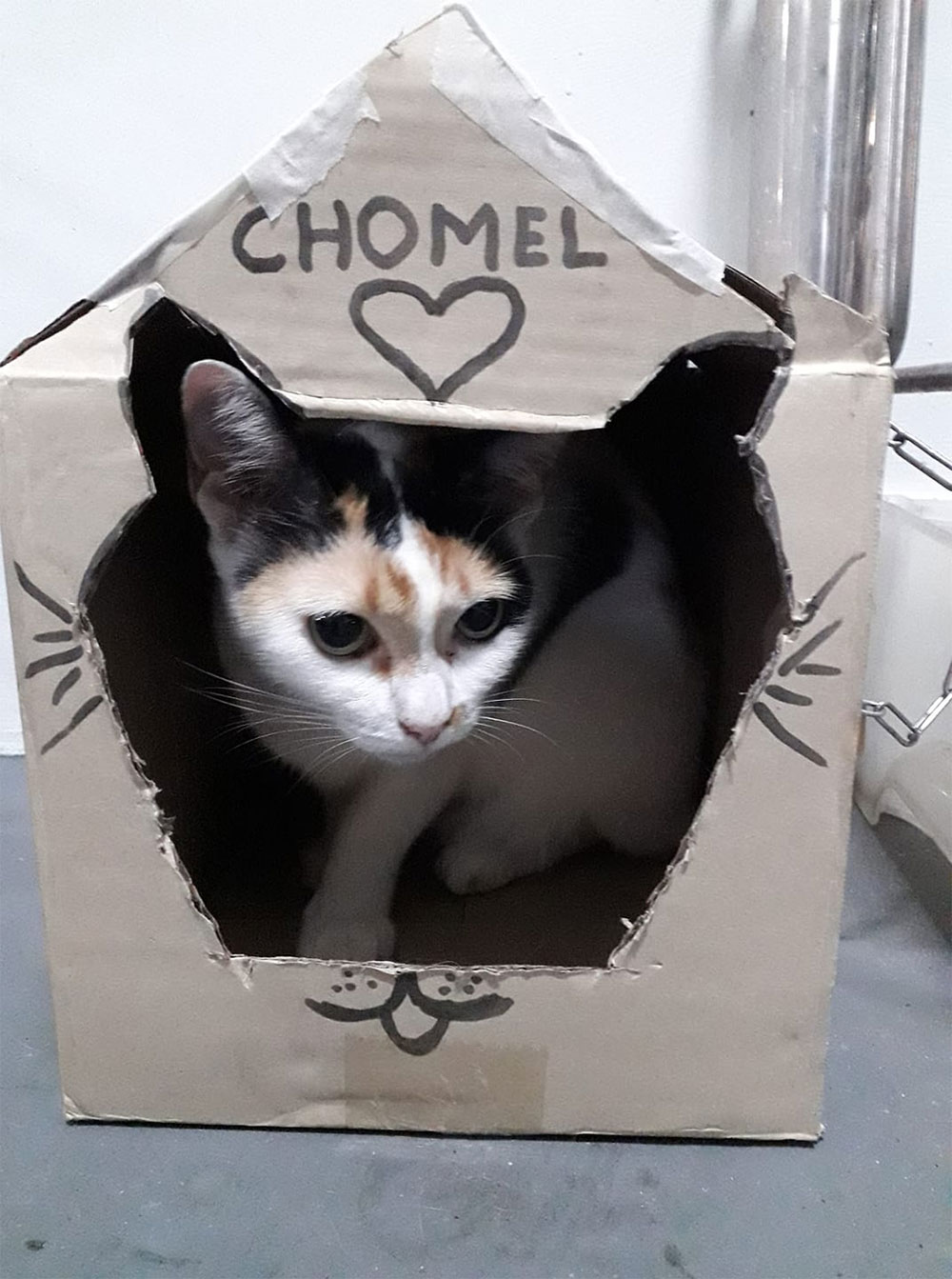 This latest community initiative to shelter cats in the neighbourhood was likely inspired by a recent story of a woman in Hougang who towel dried a cat caught in the rain, and put the cat in a box with a towel shelter to keep the animal dry.