[UPDATED on Sunday, Dec. 13 at 9:25pm: Adding comments from Grand Park Orchard and Singapore Tourism Board.]

As Singaporeans nationwide decide how to utilise their SingapoRediscovers vouchers, a good number have opted for local staycations.

Unfortunately for some staycation-goers at Grand Park Orchard this weekend, the stay was not quite what they expected, as the wait time for check-in stretched over the course of several hours in crowded conditions.

Photos and a video shared with Mothership by a reader who was waiting to check-in to the five-star hotel on Saturday (Dec. 12) show a very crowded lobby.

There were long queues of what appear to be at least 50 people.

Guests took to Facebook to complain about waiting in long, crowded queues for hours, with little to no information provided about how long they needed to wait nor what was happening.

Facebook user Kife Wee wrote at 4:48pm that he waited for more than two hours to check-in, and that there were no safe distancing measures in place.

He also claimed that he overheard staff saying that they were unsure whether there were rooms available for the guests waiting.

At 7:06pm, Wee posted an update that a hotel staff member came out to address the hotel guests.

Wee told Mothership that he and his friends had booked a one-night stay to celebrate a friend's birthday, and that after waiting for hours to check-in to no avail, they subsequently decided to leave the hotel.

And Wee is far from the only guest upset at the situation.

Angry guests lambasted Grand Park Hotel in the comments section of one of the hotel's Facebook posts: 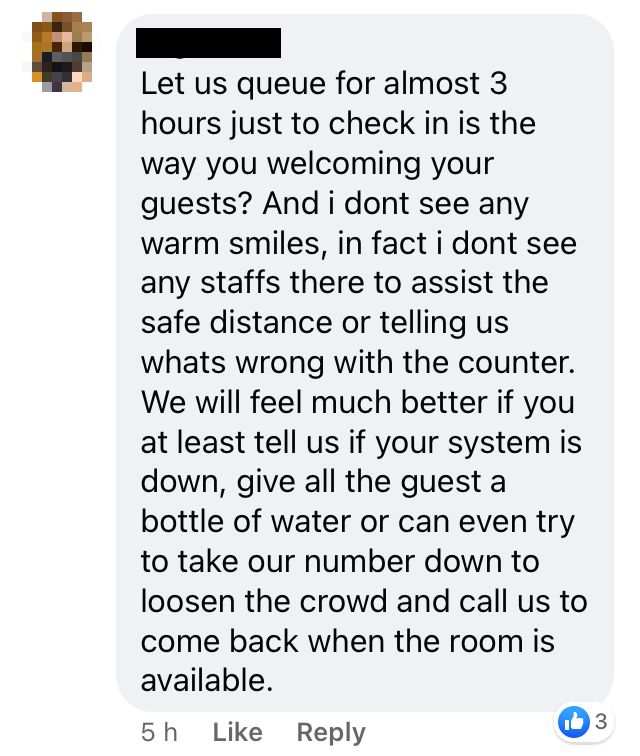 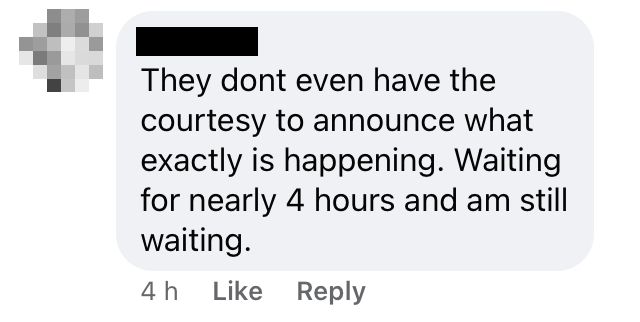 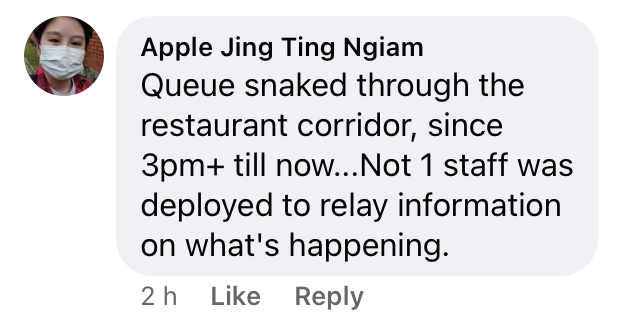 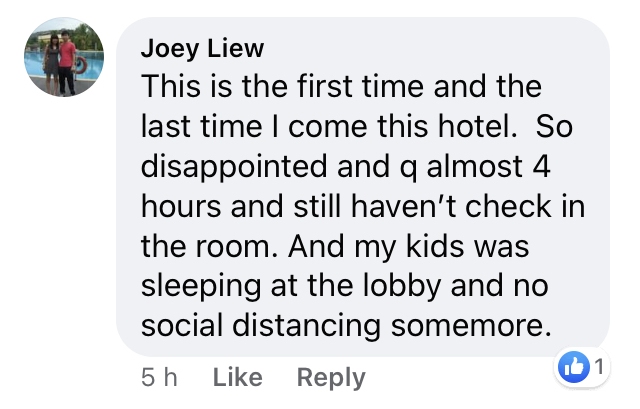 One guest even commented that he went home after waiting more than three hours for the carpark, and additional time for the check-in counter. It appears that the problems did not end with the check-in process for some guests.

One Gabriel Goh said that after waiting three hours for the carpark and three hours to check-in, he found cockroaches — both live and dead — in the room, and was unable to obtain toiletries from housekeeping after several hours, so had to go and buy them himself. 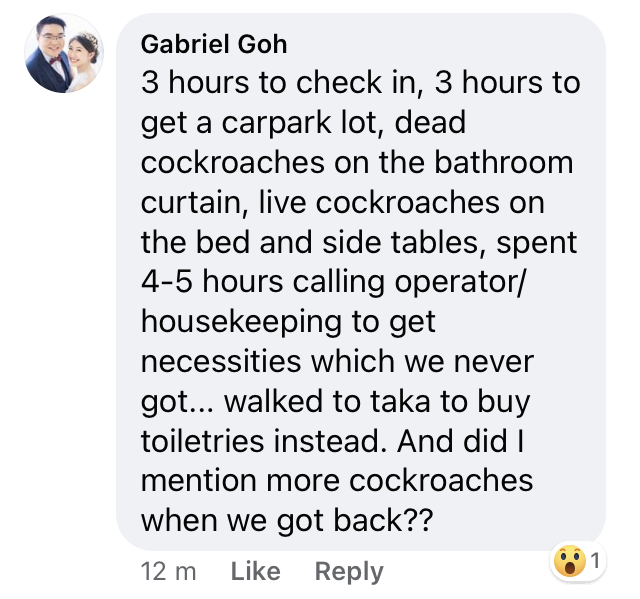 The hotel's Facebook page has also been flooded with bad reviews from other unhappy guests, like this one:

And this one, who waited almost seven hours:And this unhappy guest:And this guest, who managed to clear check-in:

Photos posted by one Joey Liew showed police officers in the lobby, as well as a group of people who appear to be Safe Distancing Ambassadors.

Responding to Mothership's queries, the Singapore Tourism Board (STB) confirmed on Sunday (Dec. 13) that 14 Safe Distancing Ambassadors and enforcement officers were deployed to Grand Park Orchard at 7:34pm on Dec. 12, and that SPF officers also responded to the incident.

STB added that they have followed up with the hotel management and understand that the hotel has "taken steps to resolve the issue and assist affected guests".

In response to queries from Mothership, a spokesperson said that Grand Park Orchard was "deeply apologetic" for the queues experienced by their guests.

"The hotel remains committed to the safety and comfort of our guests and have updated our procedures which include working with our travel partners to facilitate pre-booking of staggered check-in times and implementing a queue management system so guests will be contacted when it is their turn to check-in," said the spokesperson.