A number of youths in Singapore have received heat over the Christmas weekend for allegedly playing a cruel game of foosball.

One of the youths in question, however, has disputed that animal cruelty was involved.

Speaking to Mothership, the boy said that the feeder frogs were bought as a gag gift for a friend who reportedly looks like a frog.

The group had gathered at a Sentosa residence for a Christmas celebration.

There were 17 frogs instead of 100 frogs, the boy claimed.

They then tried to feed seven to eight of the frogs to some fish outside the residence, but discovered that the amphibians swam away instead.

This reportedly led the group to decide that the frogs had to be killed first.

"We were gonna slam them on the floor inside or, yeah, but we didn't want to make such a big mess inside, so we decided, okay, let's use a foosball table, quick hit."

The frog in the Instagram Story, however, was shown hopping away after being hit.

When questioned on the ineffectiveness of the method, the boy said that the frog stopped moving after the "hop", which he believed to be a "twitch".

"But after we saw it almost didn't die, we decided to stop," he added.

In the same response, however, he also said that only one frog was killed on the foosball table -- the one shown in the video -- and that it died "instantly".

The remaining frogs were reportedly brought home and fed to his fish.

Pressed for clarifications on the captions, "Thanks for the 100 frogs", and "My last frog 😭", the boy explained that his friend wanted to keep one frog for himself, but did not know why the friend said that as there were still other frogs left in the box.

He also revealed that the friend filming the video was "really drunk".

New footage of the incident

Instagram account The Twain Have Met (TTHM) has since uploaded new footage of the incident on Dec. 28. 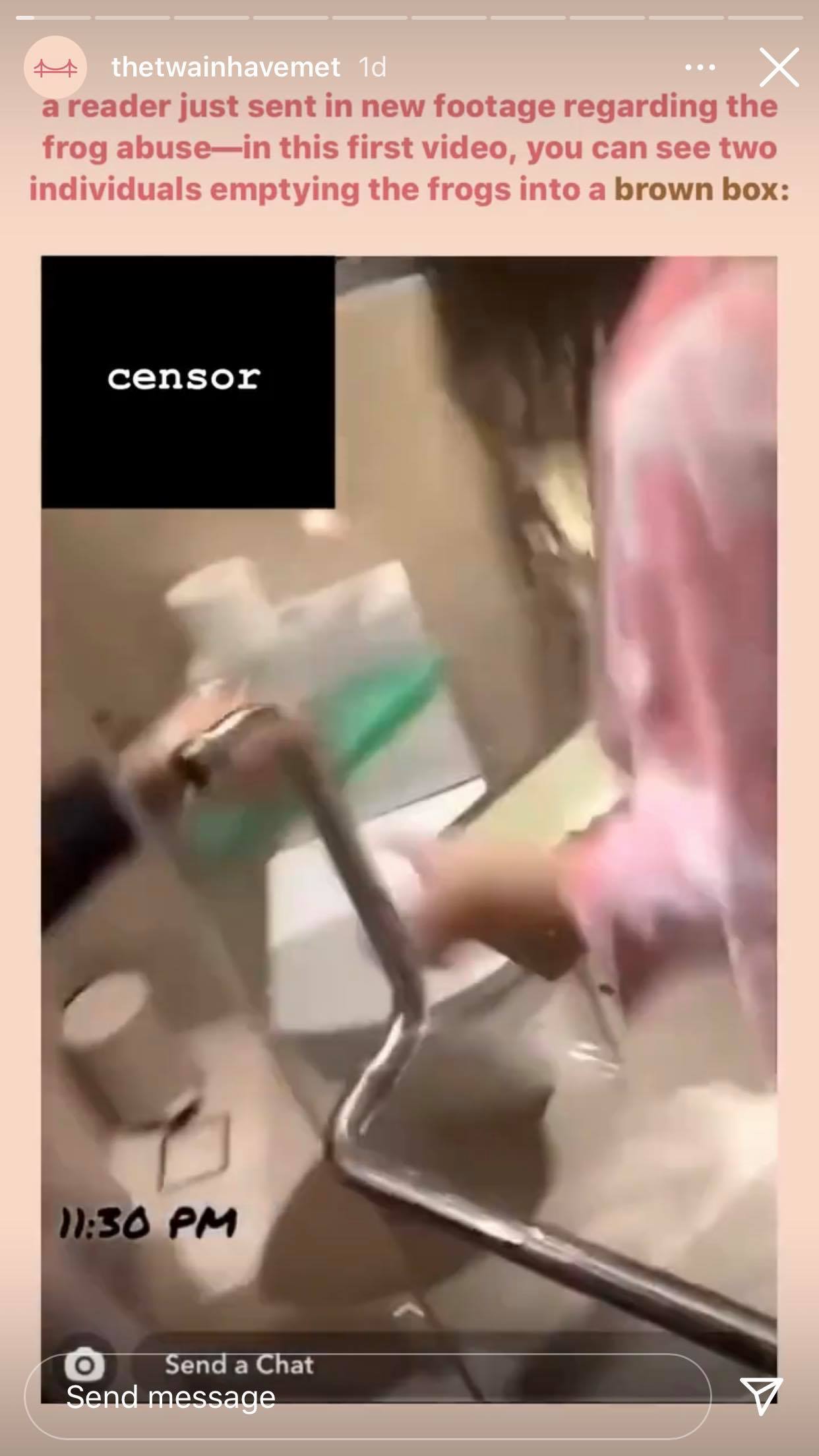 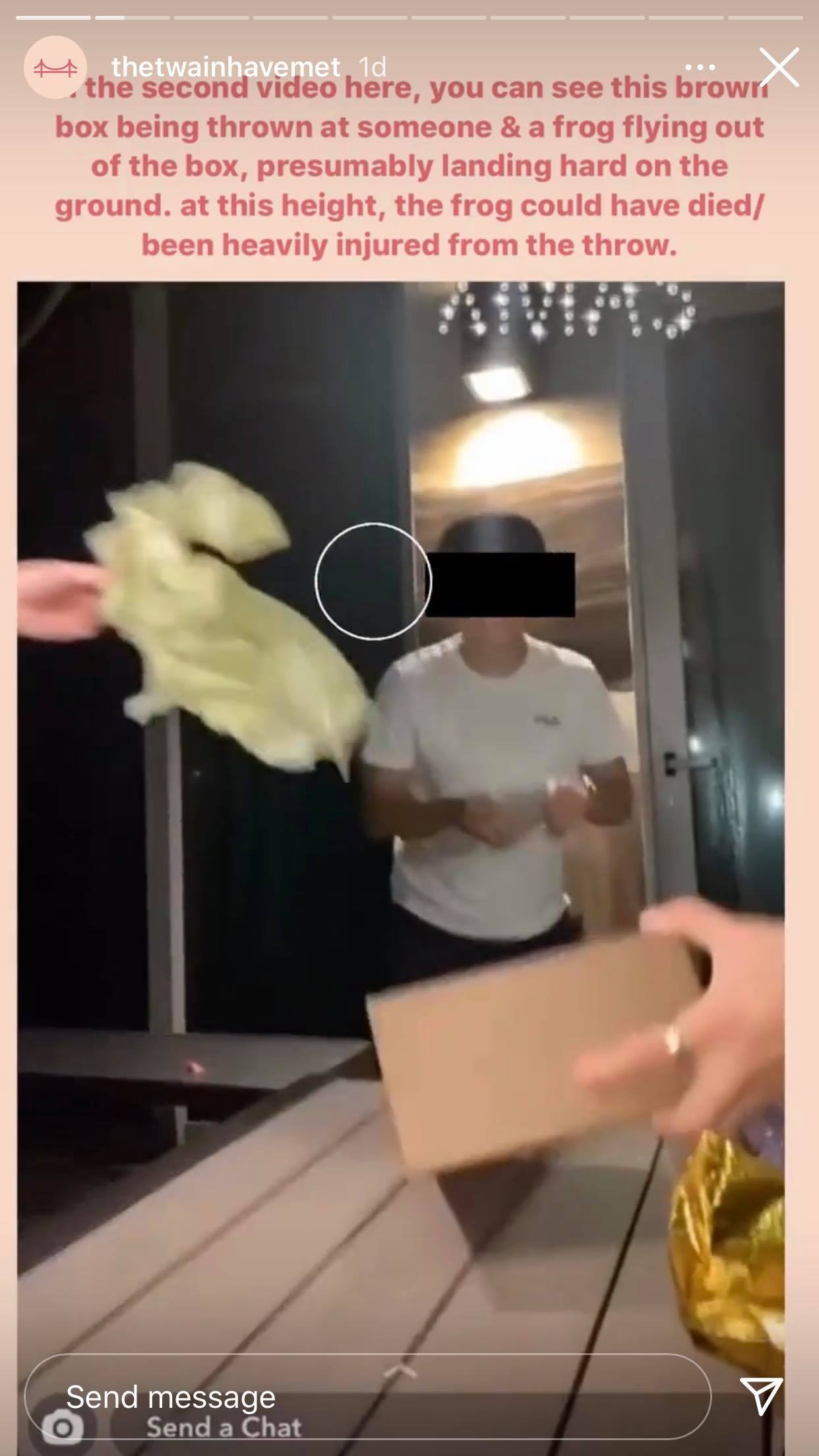 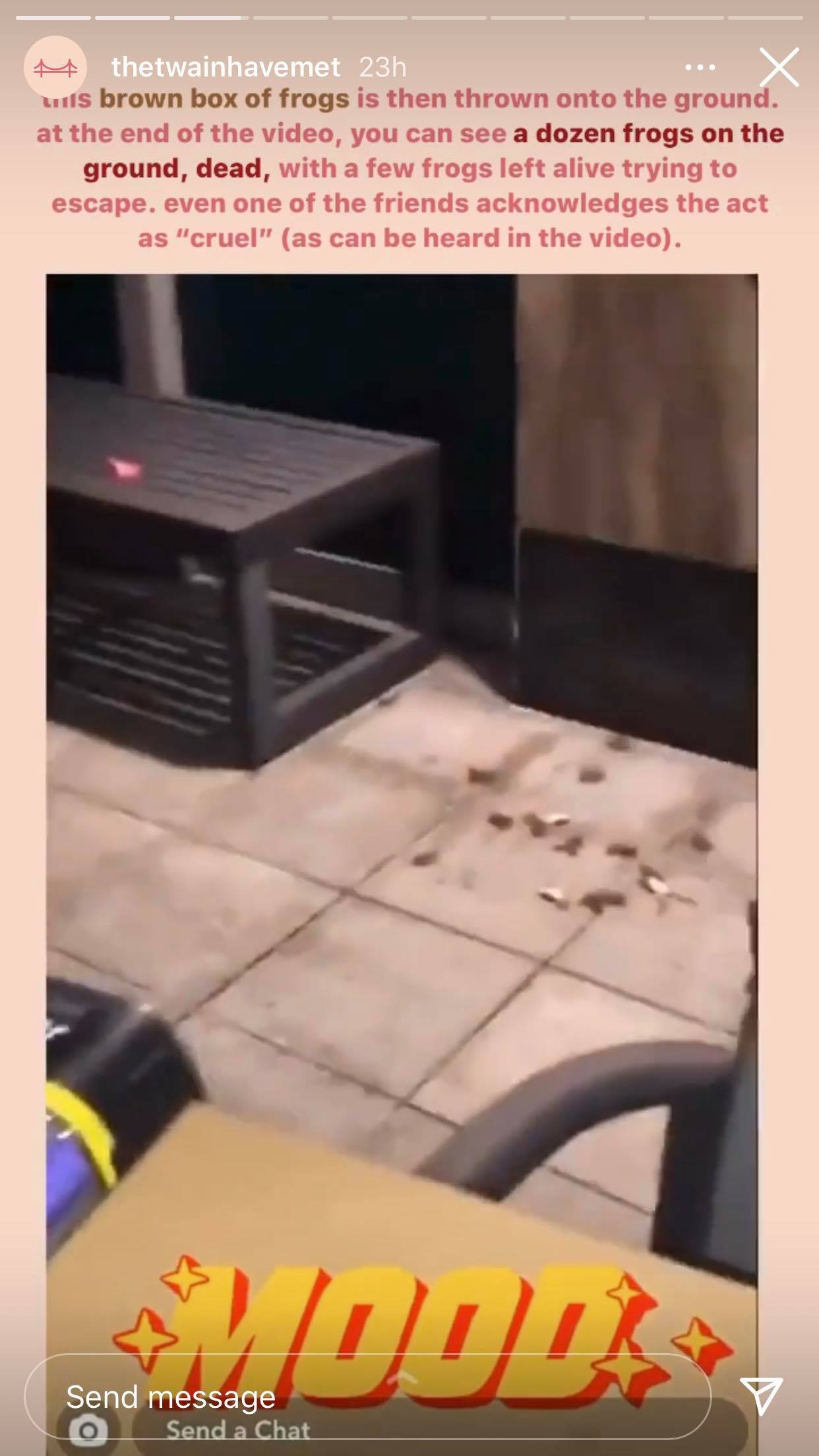 Both the Society for the Prevention of Cruelty to Animals (SPCA) and Animal and Veterinary Service (AVS) are investigating the case.

Top image via The Twain Have Met on Instagram