While Christmas is about generosity and kindness, among other good qualities, it seems that not everyone got the memo.

In Instagram Stories posted by Instagram account The Twain Have Met (TTHM), teenagers in Singapore allegedly used frogs on a foosball table as part of entertainment.

The platform said that they were notified to the alleged case of animal abuse by a reader.

This seems to have happened over Christmas as one of the stories included the text "Merry Christmas".

TTHM called the act "absolutely inhumane and cruel," and highlighted that 100 frogs were allegedly bought to be abused and killed.

In one part of the video, a frog is violently hit with a foosball, before it hops away:

Here are screenshots of the Stories:

Even though their faces and Instagram handles were not revealed, the videos show at least two male teenagers and a female teenager, in addition to another male voice behind the camera. 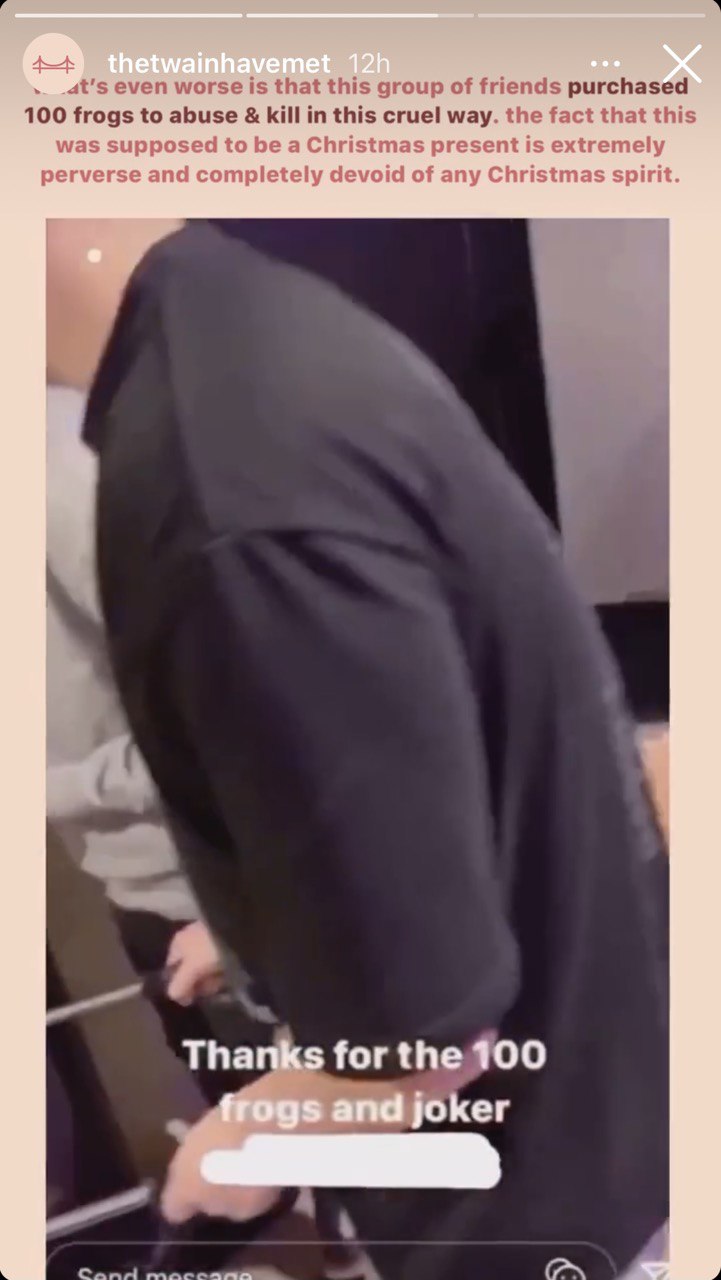 You can watch the Stories here:

The online platform also mentioned in their Instagram story that they know the identity of the teens.

In response to a media query, executive director of the Society for the Prevention of Cruelty to Animals (SPCA) Jaipal Singh Gill told Mothership that the case has been reported to the organisation.

He added that the video depicts a clear case of animal cruelty which is punishable under the law.

Anyone with information on the case, including the identities of the people involved can email SPCA at [email protected]

Information provided will be treated in the strictest of confidence.

AVS is investigating the case

Animal and Veterinary Service (AVS), a cluster of the National Parks Board, has expressed its concern over this incident.

Kwok added that it takes all feedback received from the public on animal cruelty seriously, and will look into the cases reported.

To submit photographic and/or video-graphic evidence, the public can do so at AVS' online feedback form or call 1800-476-1600.

She assured the public that information shared with AVS will be kept strictly confidential.