Residents at The Shore Residences, a condominium in Katong, are in shock after one of their elderly neighbours had passed away at home without anyone finding out for close to two years.

It was reported that an elderly woman in her 80s and her pet dog died in one of the apartments and their bodies were only discovered on Nov. 23, 2020.

It is believed that the woman and her pet died in the private apartment along Amber Road in early 2019.

The last time she was seen by a resident was in January 2019.

A smell emanated from the unit, but was not detectable subsequently, according to the resident who was in and out of Singapore, and who said the woman did not appear to have visitors.

The police only stepped in to enter the condo unit where the elderly woman lived, after Mountbatten Member of Parliament Lim Biow Chuan intervened and called the police as he was personally informed about the matter.

Disturbed by the recent revelations, a condominium resident tipped off Mothership with additional information pertaining to the nearly two-year time lapse between the elderly woman's death and the discovery of her body.

According to the resident, who did not want to be named, the elderly woman's apartment was directly served with official letters from PUB and by the condominium's management.

At least three letters were found delivered to the door of the deceased woman's unit. 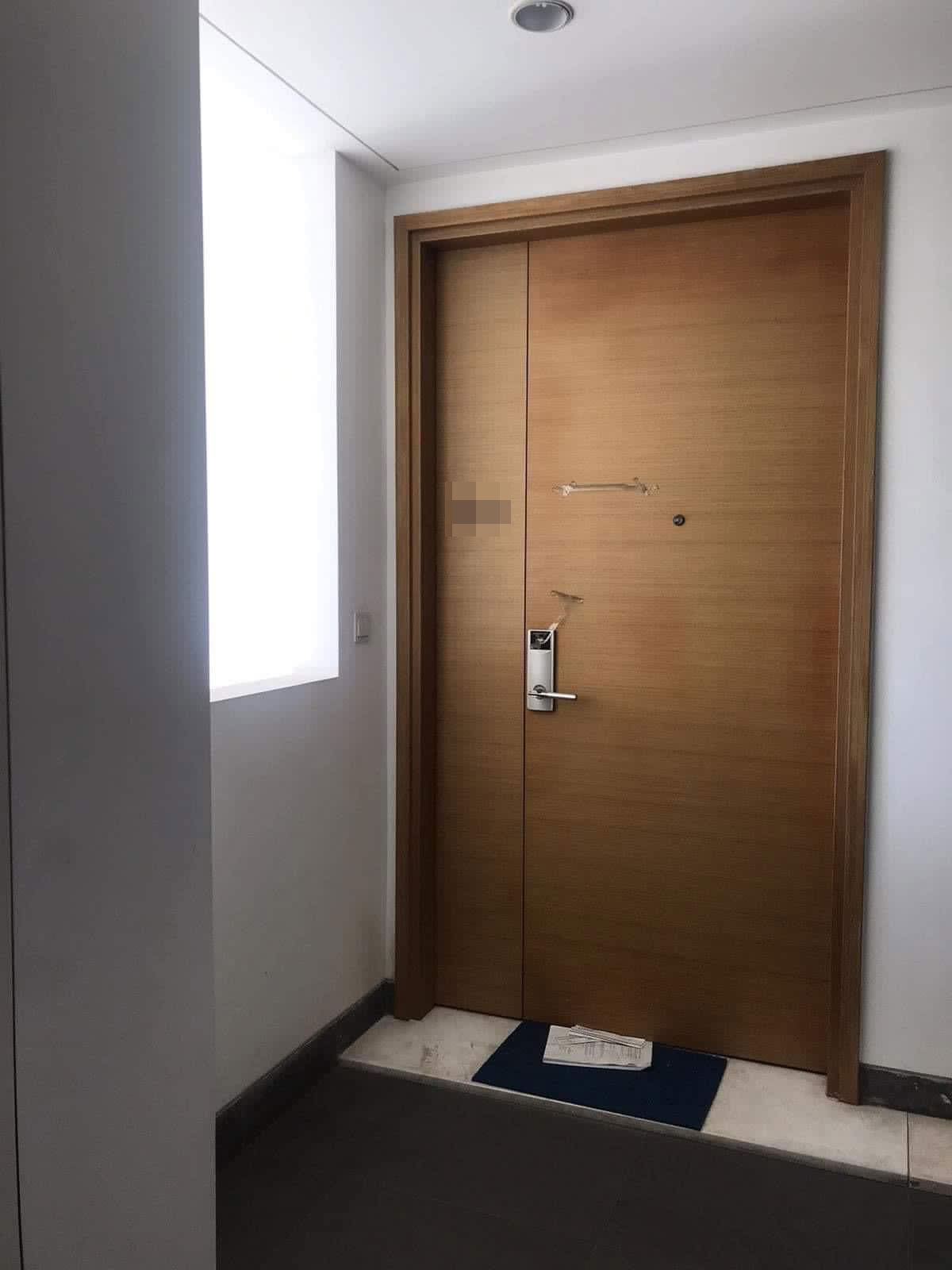 The letters were seen resting on the door mat.

They were likely delivered to the door when the woman and her pet dog had already passed away inside.

The letters suggested that mail had accumulated at the woman's unit for more than one year.

One letter, a summons and affidavit pertaining to court matters, had the date April 17, 2019 on it. 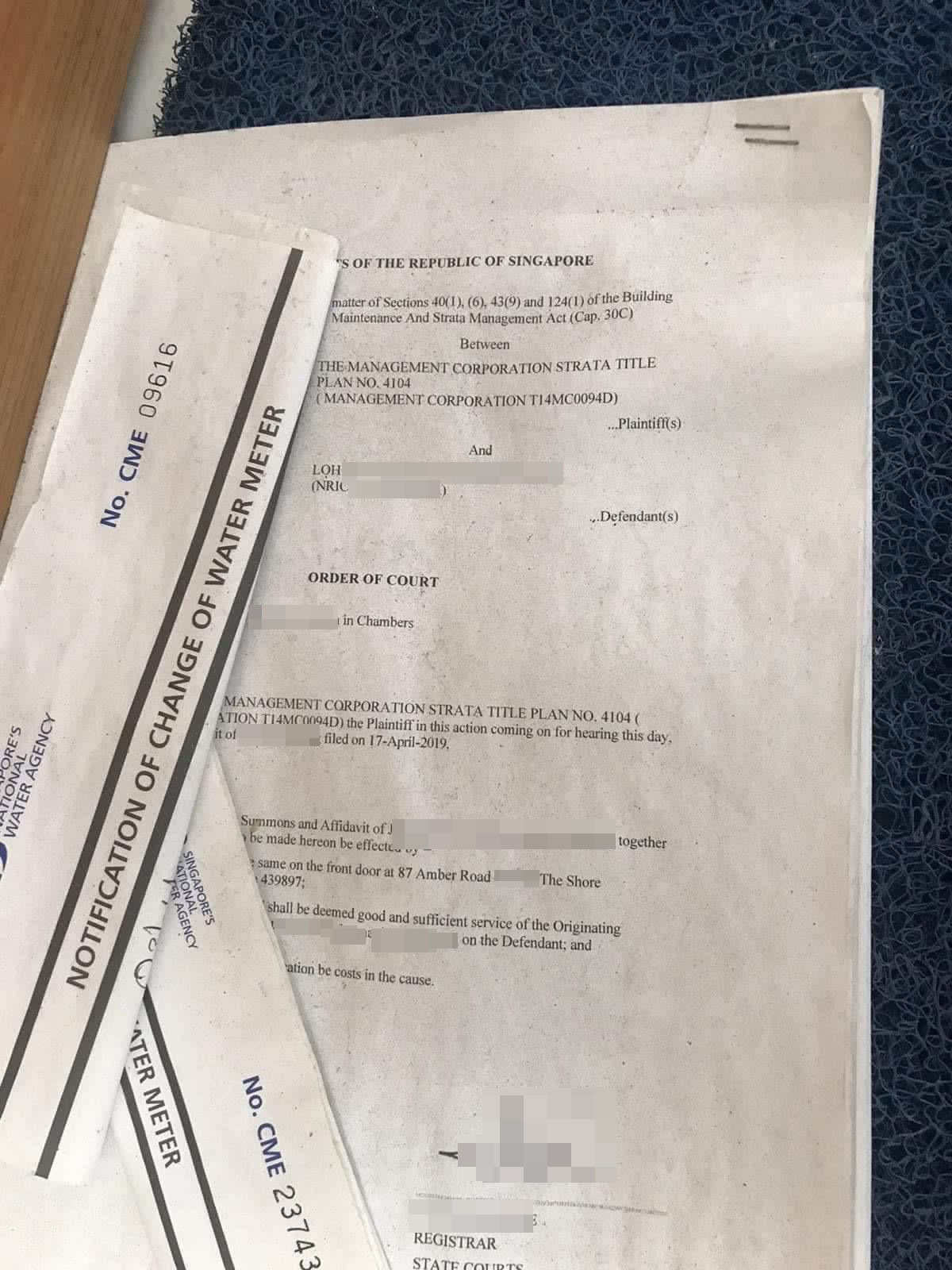 Based on the contents of the letter that are visible in the photos, the physical papers were served to the woman's unit and were initially taped to the door as proof that sufficient notice had been given to the elderly woman for her to attend proceedings.

But the taped letters had fallen off over time. 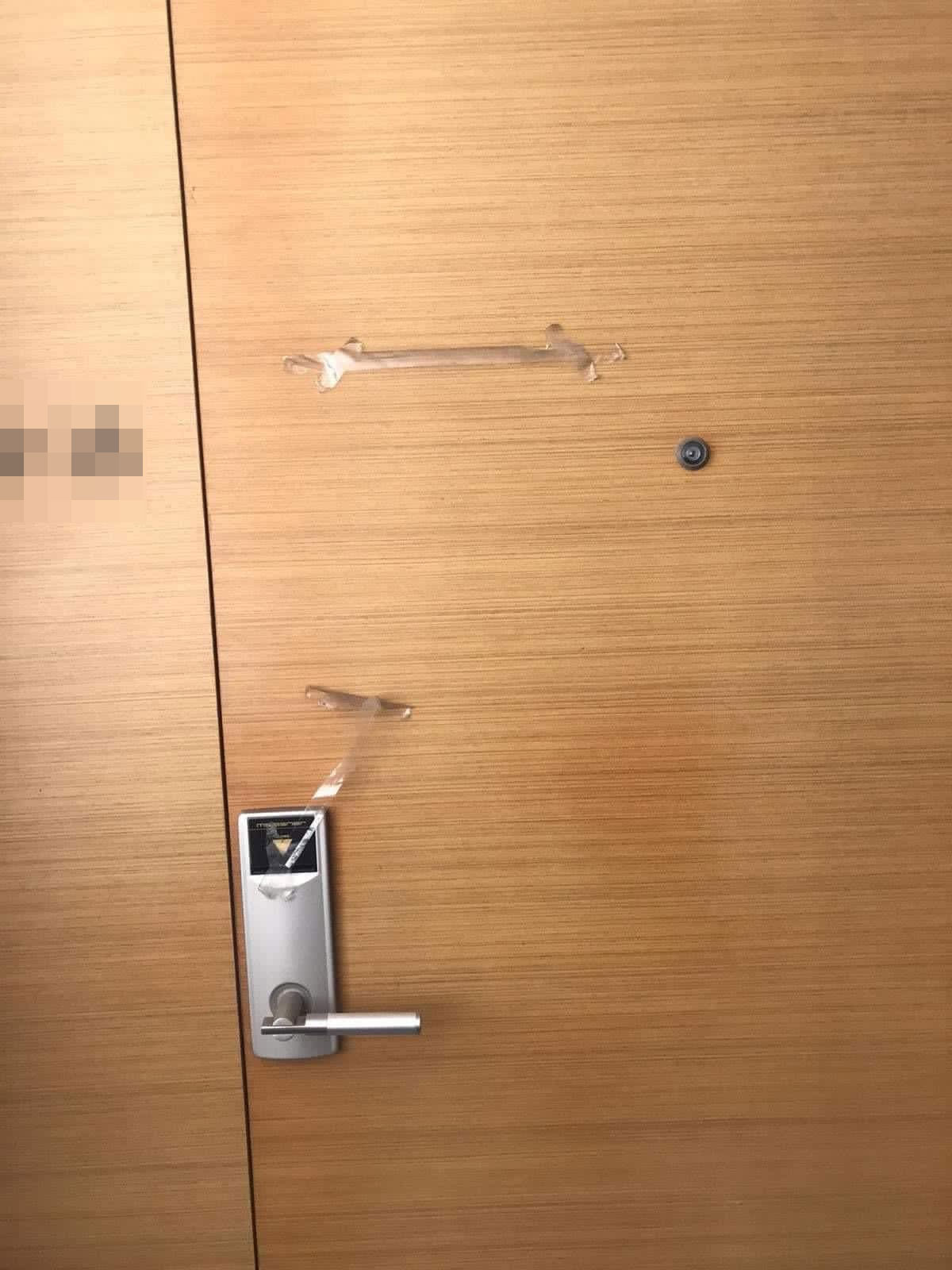 Two other letters found at the foot of the door were sent by PUB -- utility notifications pertaining to a change of water meter.

The resident who provided the tip-off, sounding aghast, questioned: "Why did the condominium management serve the elderly woman papers by sticking them to her front door in April 2019, but it took them till this week to call the police?"

The Straits Times reported that the police showed up at the condominium in early November, but only entered the elderly woman's home on Nov. 23.

Condominium managing agent informed residents not to speak with media

The condominium managing agent also sent out a notice to residents following news of the elderly woman's death being reported by the media. 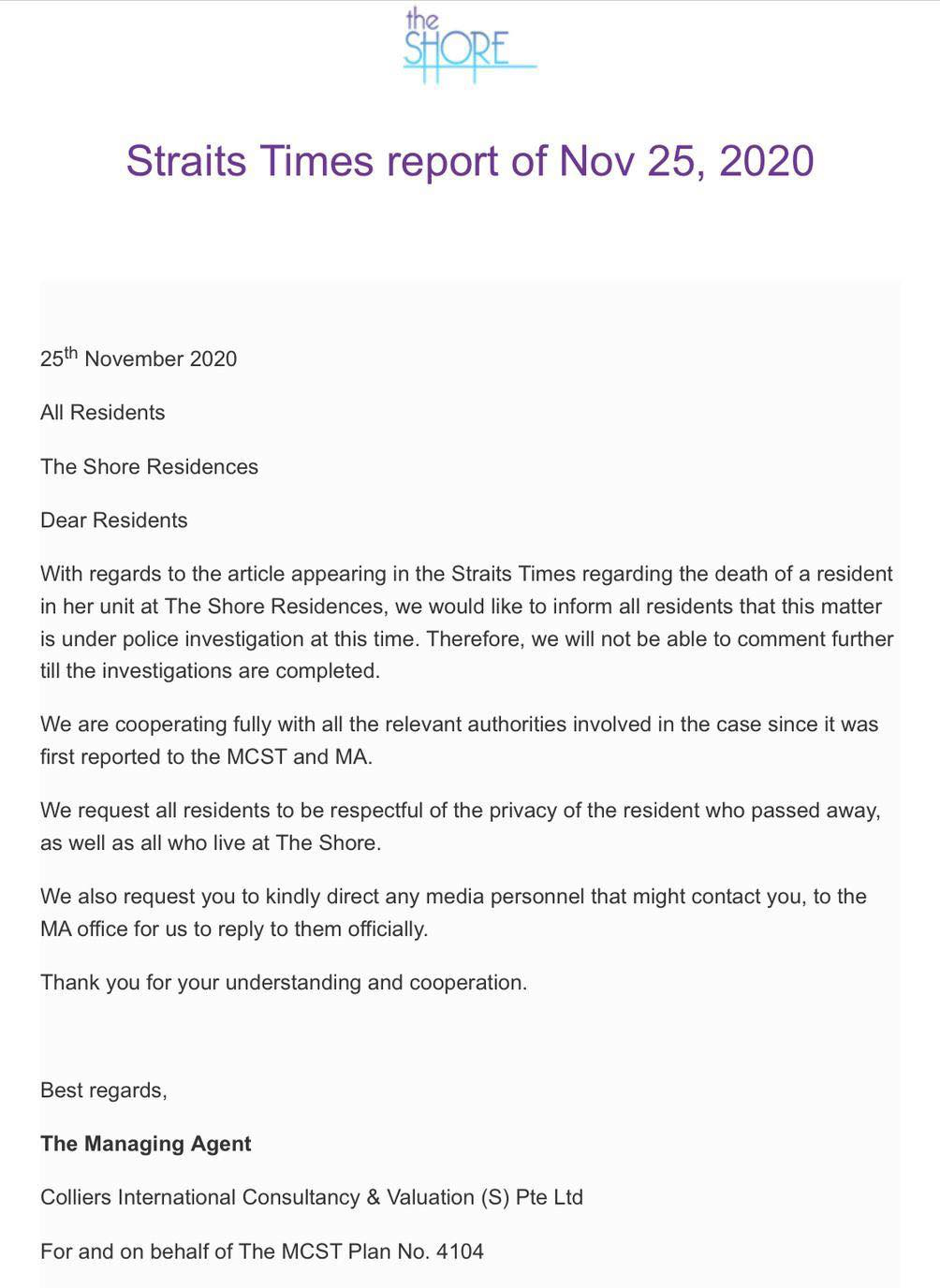 The notice urged residents to redirect media queries to the managing agent who would respond on their behalf.

Mothership understands that other media are speaking to residents.

The internal notice by the managing agent to residents read:

With regards to the article appearing in the Straits Times regarding the death of a resident in her unit at The Shore Residences, we would like to inform all residents that this matter is under police investigation at this time. Therefore, we will not be able to comment further till the investigations are completed.

We are cooperating fully with the relevant authorities involved in the case since it was first reported to the MCST and MA.

We request all residents to be respectful of the privacy of the resident who passed away, as well as all who live at The Shore.

We also request you to kindly direct any media personnel that might contact you, to the MA office for us to reply to them officially.

Thank you for your understanding and cooperation.

In response to a request for comment, The Shore Residences condominium management said:

Keeping the premises we manage in good condition, and providing a healthy and safe environment for residents, are of utmost importance to us at Colliers International.

Not being able to contact Ms. Loh or any of her relatives to resolve some management issues, we proceeded to file a police report on 1st October 2020. The police subsequently launched an investigation and on 23rd November 2020 discovered that Ms. Loh had passed away in her unit.

On behalf of the Management Corporation Strata Title Plan No 4104, we would like to express our deepest condolences to Ms. Loh’s friends and family.

Given that the matter is still being investigated by the police, we request the media respect the privacy of Ms. Loh, her family and all the residents of The Shore Residences.