Singaporean comedian Mark Lee has been placed under quarantine in a Taipei hotel.

Lee, 52, flew to Taiwan to attend the Golden Horse Awards on Nov. 21, where he has been nominated for Best Leading Actor for the film, Number 1.

His performance as a retrenched civil engineer who ends up in a drag show earned him a nod from the award show.

His quarantine should end by Nov. 16.

Lianhe Wanbao reported that Lee travelled to Taipei on Sunday, Nov. 1, with his wife, Catherine Ng.

On Nov. 2, Lee posted a photo of Taiwanese comedian Nono bringing him food.

While under quarantine, Lee and Nono engaged in bromance while maintaining a safe distance of seven storeys.

Lee wrote: "Thank you Nono. Visiting me in prison. One on the seventh floor, one on the first floor. So special."

The hashtags on the post were #thisbrotherisgood, #brother and #touched.

At the same time, Nono posted a photo of Lee looking down from the hotel room.

Nono also posted a photo of him with the gifts 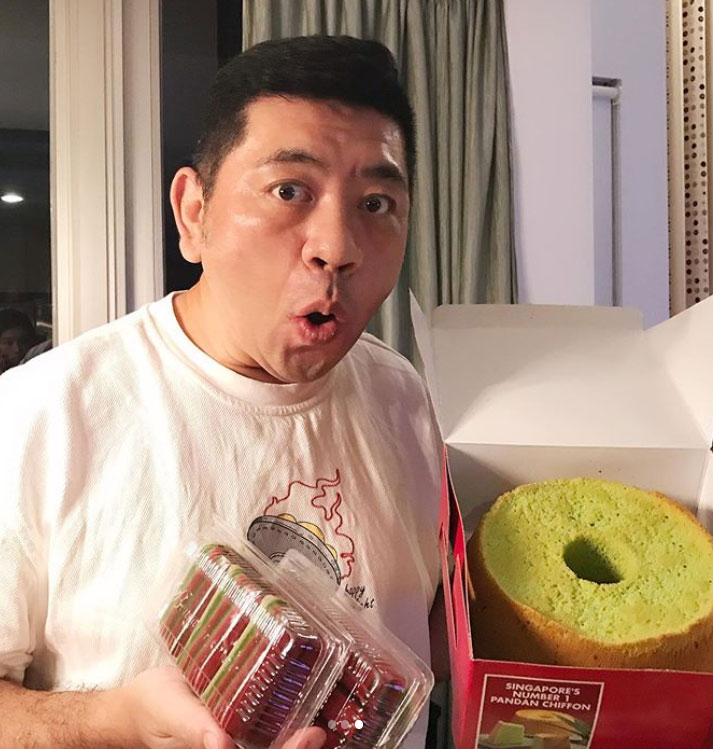 Preparing while under quarantine

According to Wanbao, Lee said he is carrying out his skincare routine nightly and is preparing his victory speech.

He said: "I can't cause Singaporean artists to lose face after all and need to say something meaningful."