A giant ceiling fan at a Tampines coffee shop was damaged and collapsed on several diners at about 7pm on Oct. 28, resulting in injuries to at least two people who were conveyed to hospital.

A diner at the scene has since written to Mothership to describe what she witnessed first-hand as she was having dinner there at that time.

According to her, she was seated at the table almost directly under the fan:

What happened according to eyewitness

I was having dinner about 7pm. The whole coffee shop was really packed.

There were limited seats and the nearest seat to the store I bought my food from was just right under the fan, where workers were fixing it.

I sat down after I bought my food and started eating with my boyfriend.

About halfway through my meal, the workers finished fixing the fan.

They proceeded to turn it on even before keeping the ladder.

The ladder was really tall and naturally it would be rather heavy too.

When they turned on the fan, and moved the ladder out slightly, it was still quite near to the fan spinning overhead.

The workers then closed the ladder, which made the height of the ladder slightly taller compared to when it was opened.

I think they lost control of the ladder and the ladder fell, which hit the fan.

I didn’t take any pics, but you could tell from the photos posted that the fan wasn’t in the centre of the motor, which caused the fan to be too close to the roast meat store signboard.

They were sitting right next to my table.

Things started to get worse and everyone around that area just ran out and the family of five next to my table protected the grandma and ran out together as well.

I didn’t realise they got hit until we all ran out.

People started helping and doctors from nearby clinic came to check out the boy’s head injury.

Shortly after about 7.20pm, the police came.

Luckily, we all ran out when the blade of the fan started breaking and flying around.

The two guys who came to fix the fan didn’t come up to apologise to the injured.

They ran to turn off the fan and they were calling someone.

The mum of the boy was angry and she was shouting, “Who did this!!”

She wanted to go towards the two workers but her son that was injured held her back.

There were two auntie and uncle who came up to help the injured.

When the uncle asked someone to get ice, a foreign worker quickly ran to help, while others were still in shock, and so was I.

This really touched my heart to see foreign workers stepping up to help in every way they can! And sometimes we tend to take them for granted!

Everything died down after the police came and I left, but I was still in great shock and I can’t believe it happened!

This was the pic I took afterwards around 7.50pm. The police were asking people if they knew what had happened. 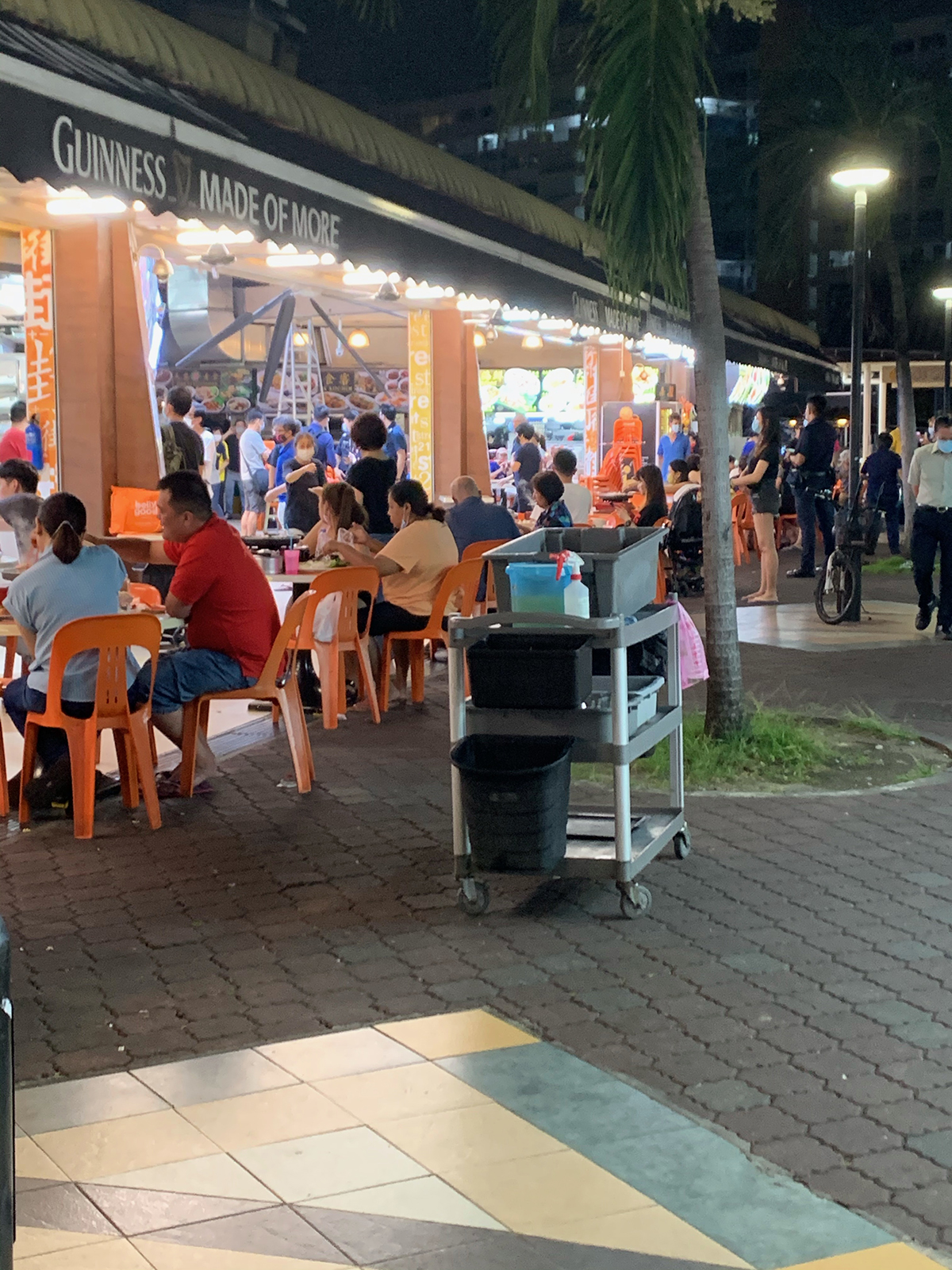