Jade Rasif may be known for her risqué encounters, but the local DJ-turned-healthcare-worker has something quite different to share this time.

The story was written by her sister, Jade said.

The story was narrated by Fong and reposted by Jade, who contributed her perspective as well.

The family was living in a Toa Payoh apartment back then, and the girls had the habit of practising "rituals" in Jade's room.

These were either tarot card reading or processes that involved candles, which they took seriously.

Fong said that they were a superstitious family who believed in the existence of otherworldly beings, and would pick auspicious dates for marriages, job applications, and house-moving.

From the ages of nine to 11, Fong suffered from severe sleep paralysis.

While these episodes were typically "cluttered" and unmemorable, things were quite different when she slept in Jade's room.

According to Fong, she would encounter a "female presence" in the room, and hear a woman's voice whispering in her ear.

The tone varied from calming to fast and harsh.

Fong also dreamed about a black "hole" in the room or see a figure floating outside, which she described as a "shape".

However, she attributed these to her sleep paralysis.

One day, however, the whispering turned unbearably loud, and Fong forced herself to wake up.

She told her mother that she would never sleep in Jade's room again.

It was only 10 years later, in 2018, that Fong learnt the full magnitude of her encounter.

By then, Fong was already living in Queenstown, and moving out from there to her current home.

One afternoon during the move, Fong was talking to her companion who had dated Jade.

When the two were reminiscing about the Toa Payoh flat, the companion mentioned that he could "never stand" Jade's room.

Upon further questioning, the companion revealed that he once saw a woman outside the window to Jade's room, looking in with her face pressed against the glass.

Fong was understandably spooked, and related the story to her mother.

The latter believed that the rituals performed by the girls had "opened a gateway" to attract something unwanted, and told Fong as much.

"But anyway, we sold the house so whatever — not our daiji (business) haha! Hope the woman left also," Fong concluded.

After reposting her sister's Stories, Jade wrote her own version of events.

When she was 12, Jade had unwittingly dabbled in Wicca to perform simple and harmless "spells".

"I started seeing 'magic' with my own eyes and I believed in what I was doing (I was only 12 so I would've believed anything).

That's when I started to see her."

The entity appeared to Jade as a woman, laughing and floating outside her window.

Jade said that she was never afraid of the visions she had while asleep, but remained certain that she had seen the woman while wide awake.

The entity laughed as Jade fumbled her way to her parents' room, Jade wrote, but she told herself that it was a bird as she didn't believe in ghosts.

And even though the incident occurred more than 10 years ago, 26-year-old Jade claims she still sees the entity in her dreams.

"I've lived in eight to nine places since, and in my dreams she's always outside my window. I don't believe in ghosts, but that's why I always travel with a friend, and haven't slept alone since I was 13."

You can read Fong's and Jade's stories here: 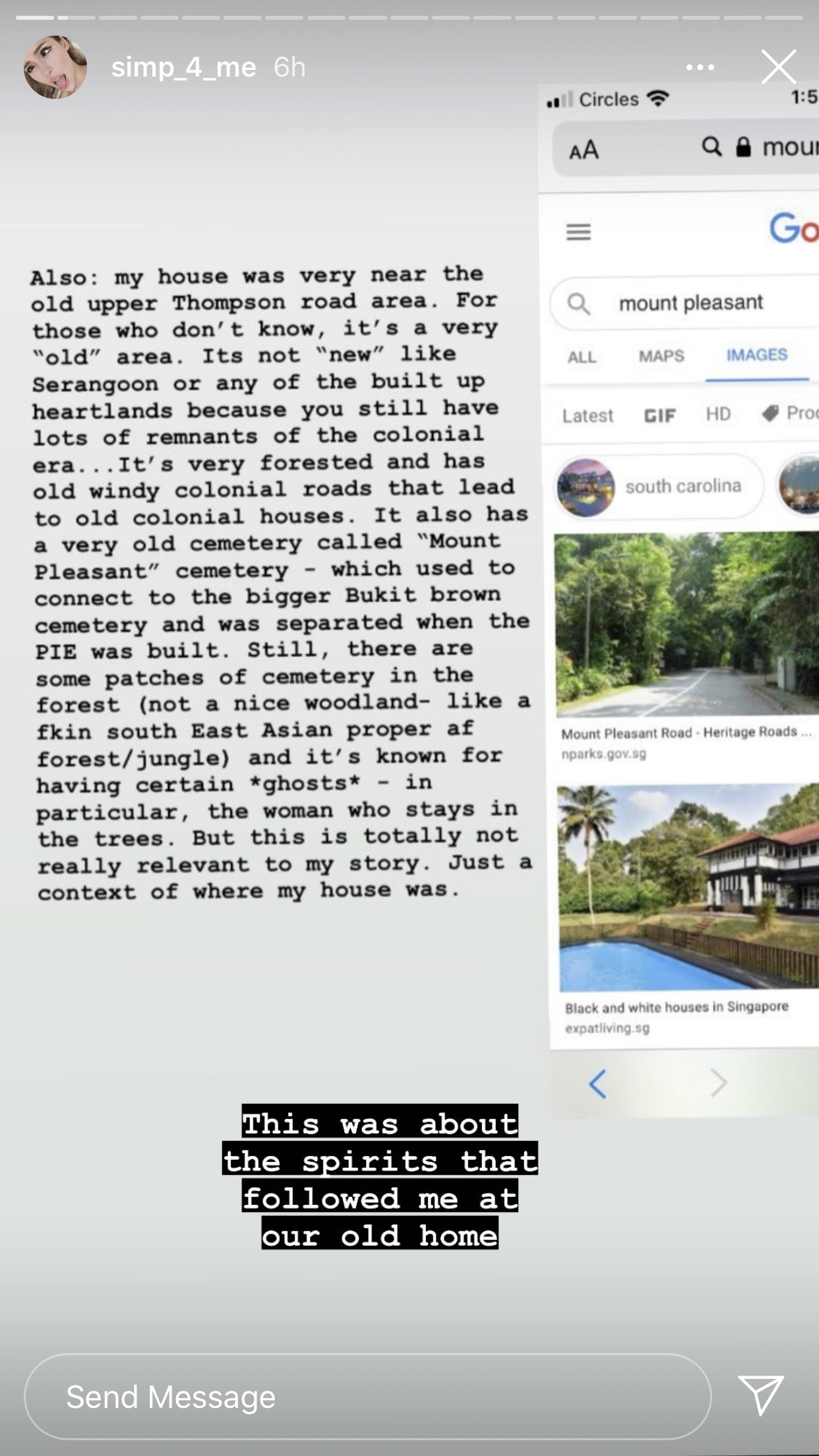 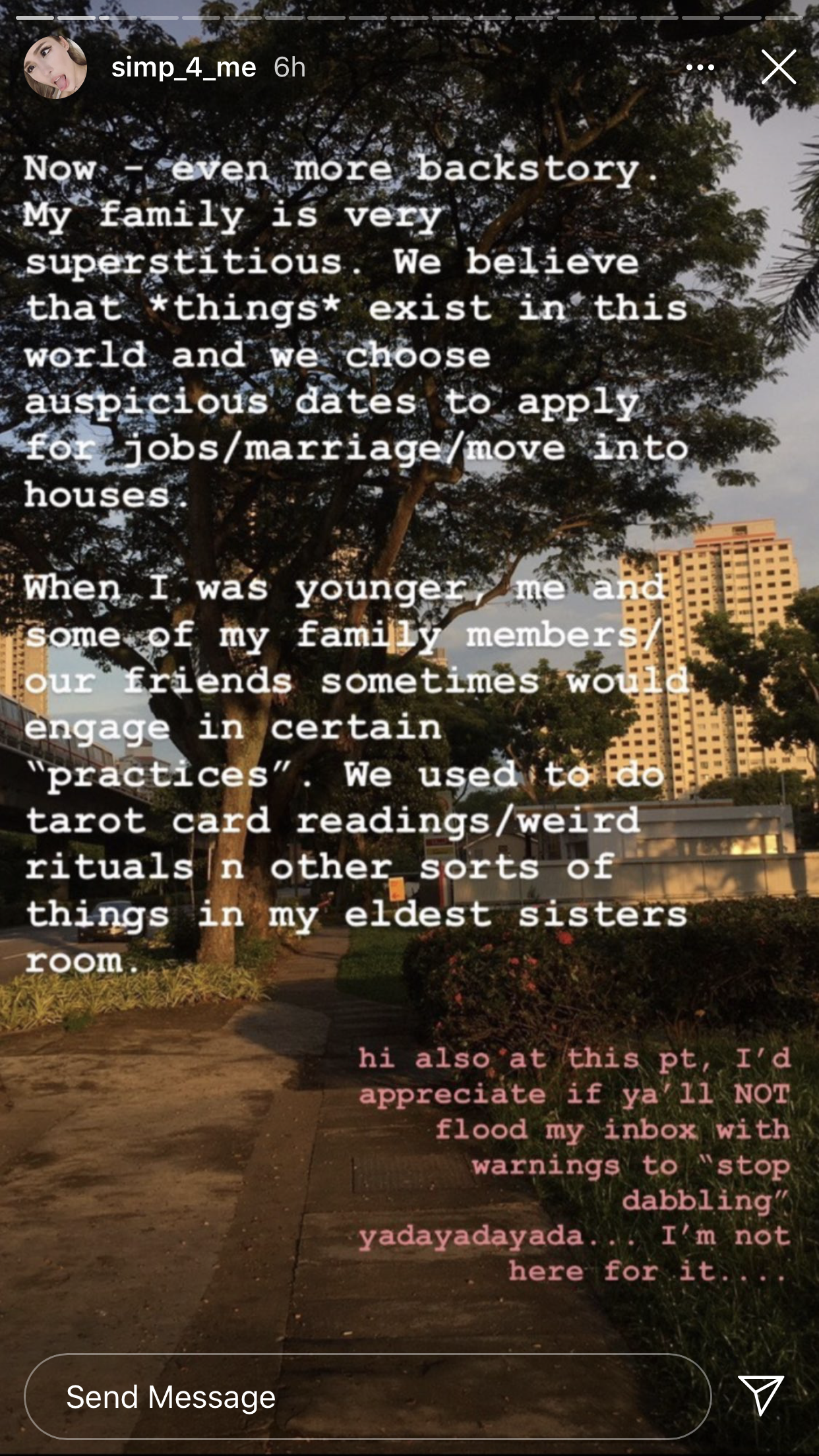 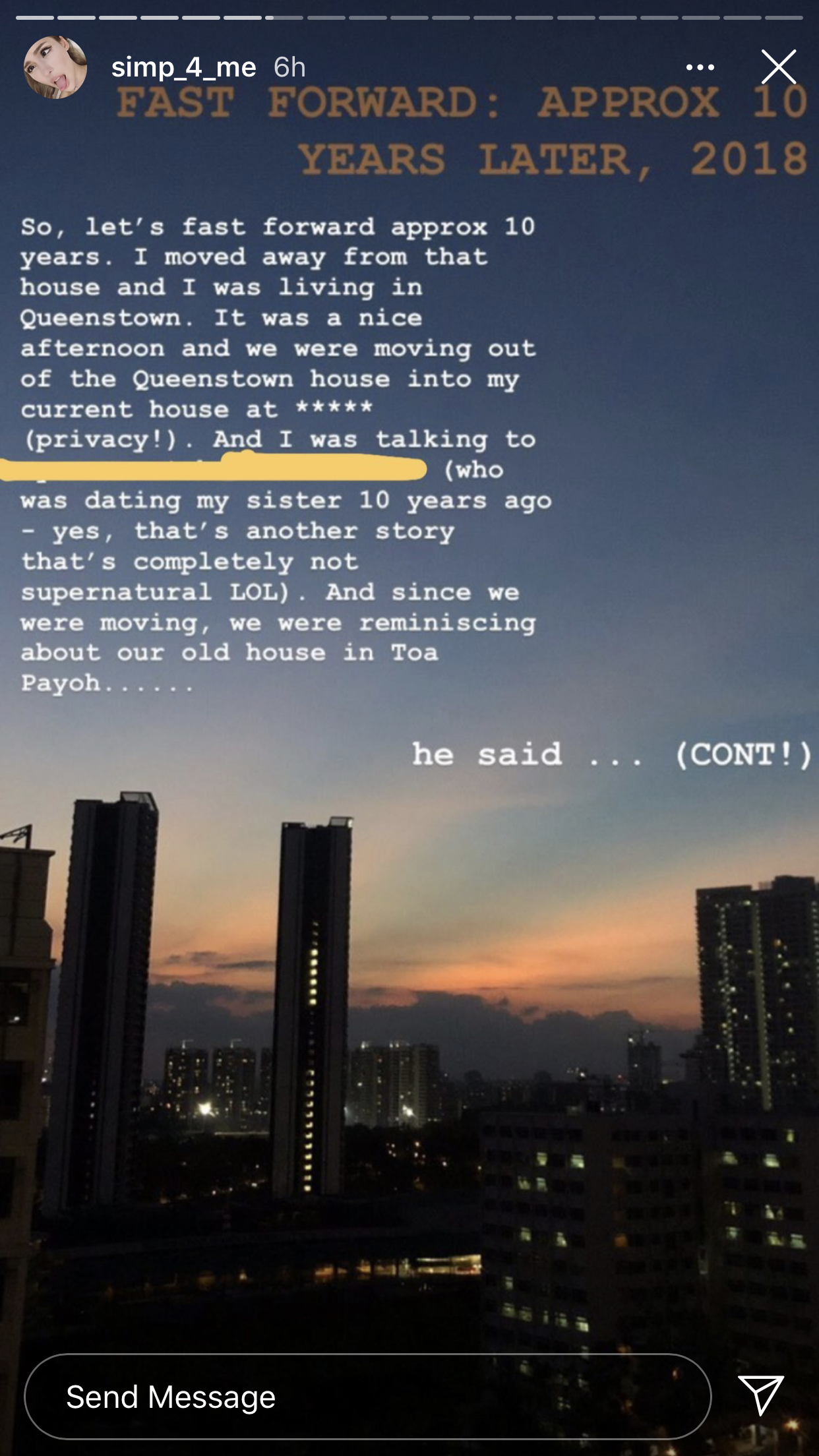 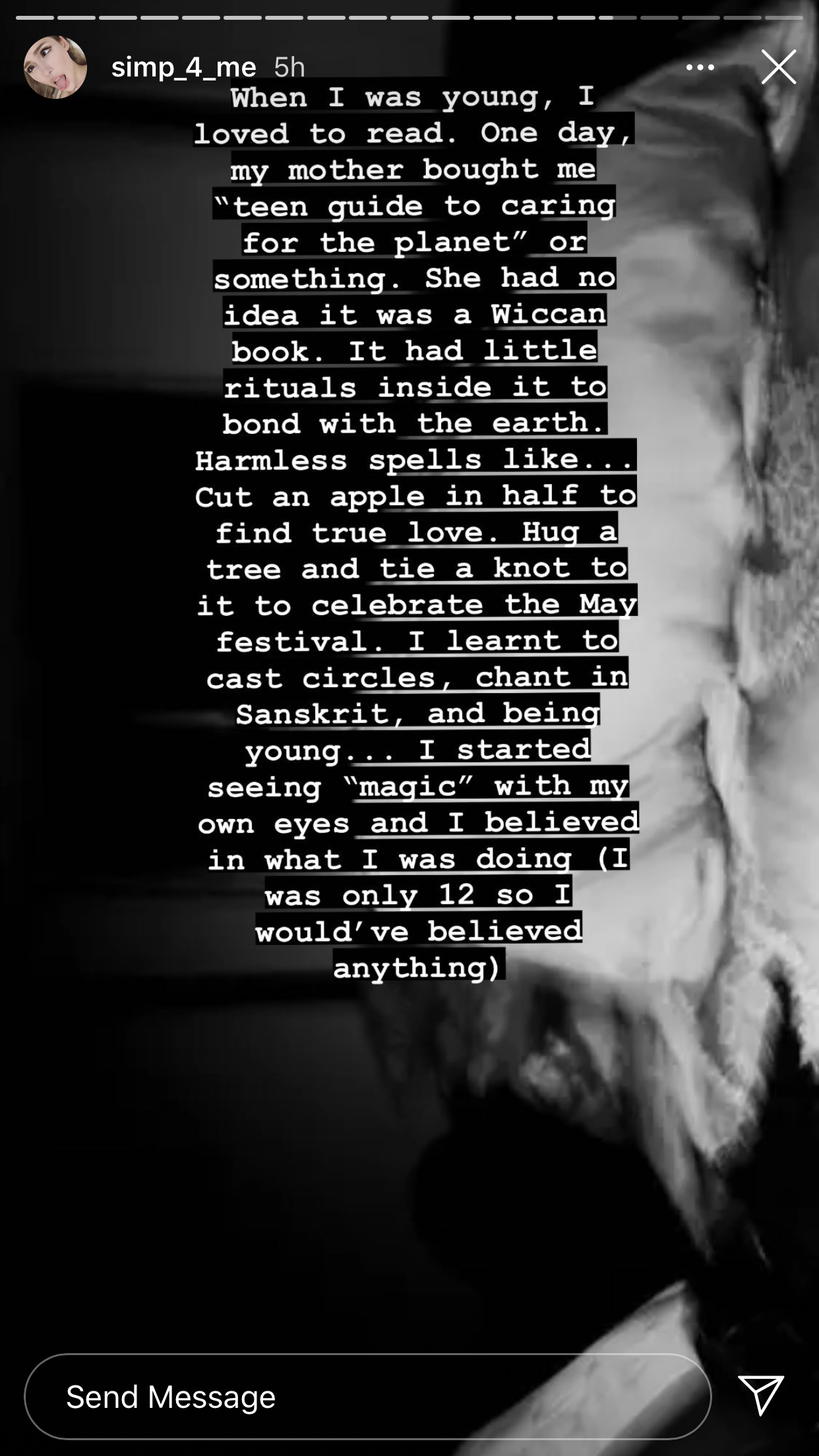