Pink-haired internet person Xiaxue starred in her latest saga in July, after her tweets from a decade ago were dug up by what she calls the woke mob.

While police investigations on Xiaxue have since concluded without further action taken, the influencer is currently still pursuing a legal case against one of the mob's instigators.

Speaking to Mothership previously, Xiaxue said that the social media users had not only tried, ardently, to get clients to drop her, but also sent "nasty messages" to her family.

A protection order and harassment suit was subsequently filed against the instigators.

About two months later on Sep. 24, a Twitter user named @elouease revealed that she is embroiled in legal proceedings with the influencer.

The Twitter user said she was served with papers by DC Law on July 21, informing her that Xiaxue has successfully applied for a Expedited Protection Order against her.

"As a 21-year old student with no prior legal experience, being served with voluminous papers and court orders was not a pleasant experience," she wrote in a Twitter thread.

She then engaged the lawyer, Eugene Thuraisingam, on a pro bono basis.

When Xiaxue tried to extend her Expedited Protection Order, @elouease's lawyer resisted it.

Xiaxue's counsel reportedly withdrew the application in the midst of the hearing.

According to the student, however, Xiaxue is still seeking a Protection Order and a Stop Publication Order against her.

The student then thanked everyone who had supported her, and added that she will continue to keep them updated.

She also apologised for the lack of context in her tweets, as the ongoing case prevented her from disclosing too much information.

You can read her thread here:

On the evening of 21 July 2020, I was served with papers by DC LAW, who act for Xiaxue, informing me that Xiaxue has successfully applied for an Expedited Protection Order against me. 1/x

Less than a day later, Xiaxue posted an Instagram Story, ostensibly in response to the issue. 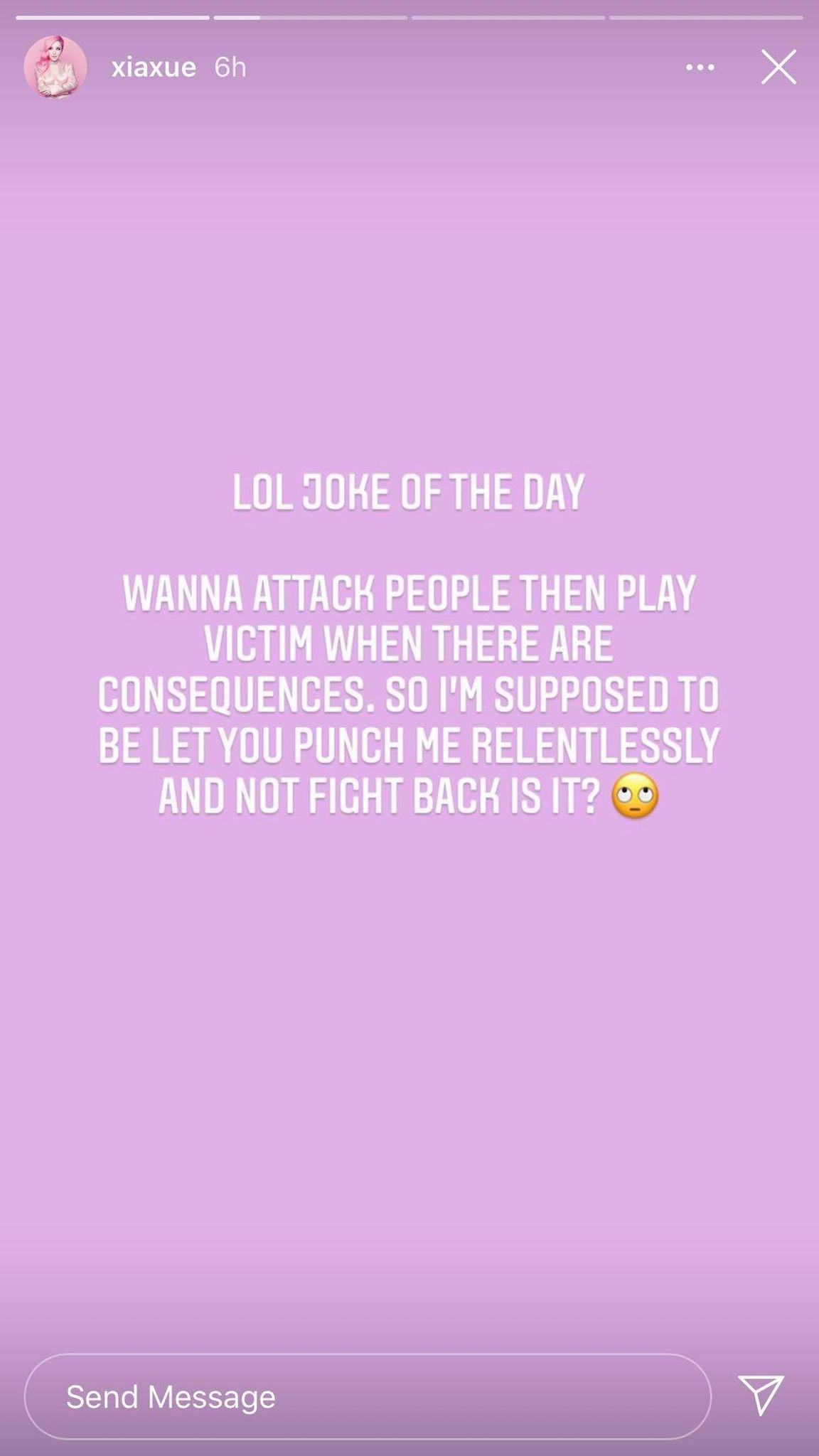