During the filming of his new action movie "Vanguard", Jackie Chan nearly drowned while filming a scene.

Chan, 66, said via Apple Daily: "It was quite an ordinary scene and I almost died."

Nearly drowned during a scene

Chan and the female lead, Miya Muqi, were on a shoot out at sea for a jet ski scene.

Unfortunately, the jet ski hit a big rock while they were making a sharp turn.

That caused both of them to land in the water, a video clip released recently showed.

The production crew lost sight of Chan for 45 seconds.

Chan ended up trapped under a rock and was unable to free himself.

He recalled telling himself not to be afraid as he was underwater and felt there was a divine power that helped him grab hold of the jet ski.

Eventually, Chan was rescued by the film crew and appeared talking animatedly in the video to the other crew. 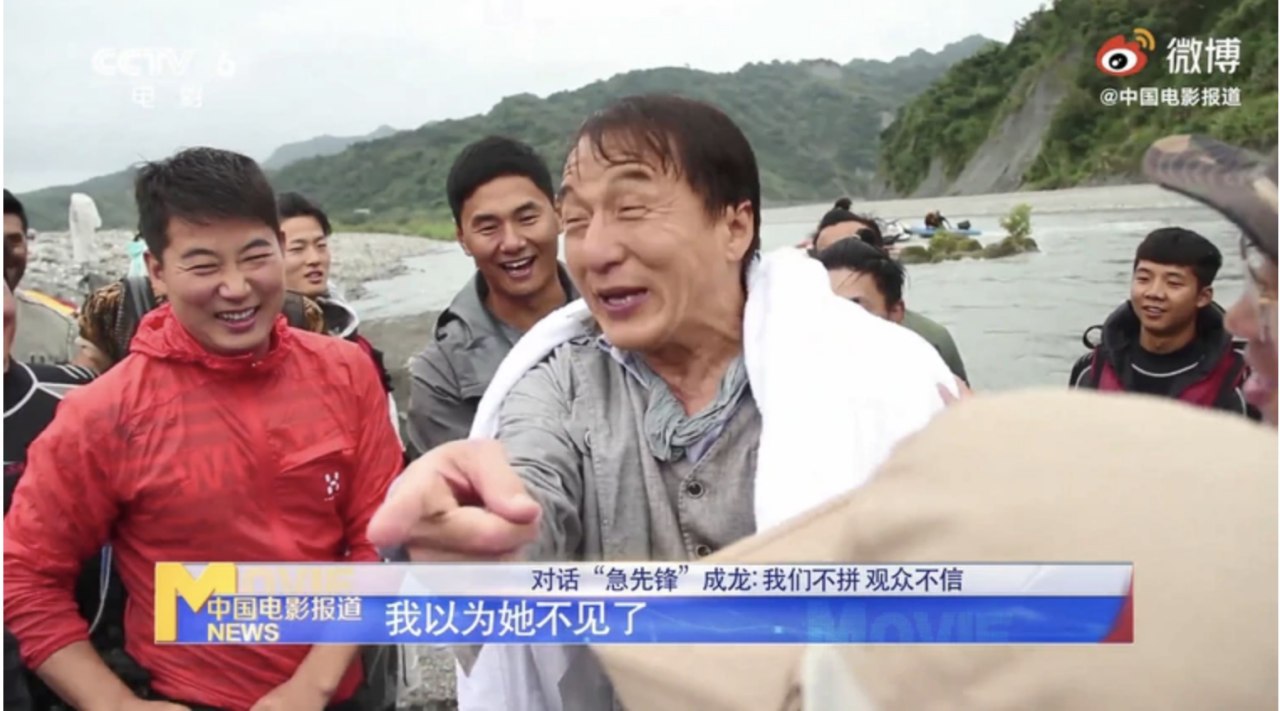 At a publicity event in China last year, director Stanley Tong said he was in a state of panic while waiting on the shore when the accident happened.

When he saw Chan emerge out of the water, he cried.

"I just could not hold back my tears."

Chan, however, was smiling when he was rescued and even went to comfort Tong and the other film crew.

Despite his tough exterior, Chan did feel the effects of the incident later that night.

He said via China.org.cn: "When I took a shower later that night and remembered the incident, I suddenly felt really scared and started shaking. I was thinking about how I could have so easily died."

Not the first near-death experience

This is not the first time Chan has encountered a near-death experience on a film set.

Chan suffered a spinal injury while filming "Project A" and he dislocated his sternum from a fall in "Armour of God II: Operation Condor".

He also suffered a cracked skull requiring brain surgery from a fall in "Armour of God".