Incumbent Bukit Batok Single Member Constituency (SMC) candidate Murali Pillai addressed accusations about him being unsympathetic towards a resident, who wrote about her unhappy encounter with him at a Meet-the-People Session (MPS).

Wanted to buy HDB flat to take care of parents, MP told her to get married instead

The Bukit Batok resident, Chua, recalled in a Facebook post on June 27, the two incidents where she felt disappointed by Murali, criticising him of lacking empathy.

In it, the resident wrote that her first encounter with Murali was at an MPS, where she sought Murali's help to appeal to HDB to allow her to purchase a HDB flat, in the hopes of moving her ageing parents and grand aunt in together to take care of them.

Her parents were separated and Chua was living with her mother in a one-room rental flat at the time. 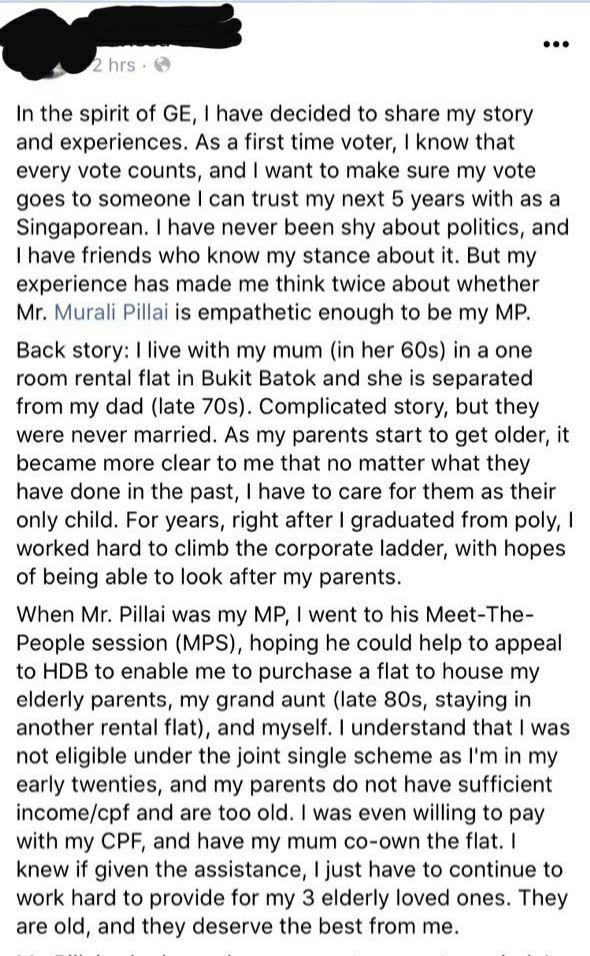 However, according to Chua's recount, Murali allegedly rejected her appeal, telling her that she could "only blame" her parents "for not planning properly".

He also allegedly suggested that Chua got married and told her that it was the only solution at the time.

Chua wrote that she found it difficult to approach HDB without an MP appealing on her behalf, as she could not provide the proof that her mother did not own her past flat or that she was scammed before.

As she was unable to provide the proof to HDB, Chua said that she gave up eventually. 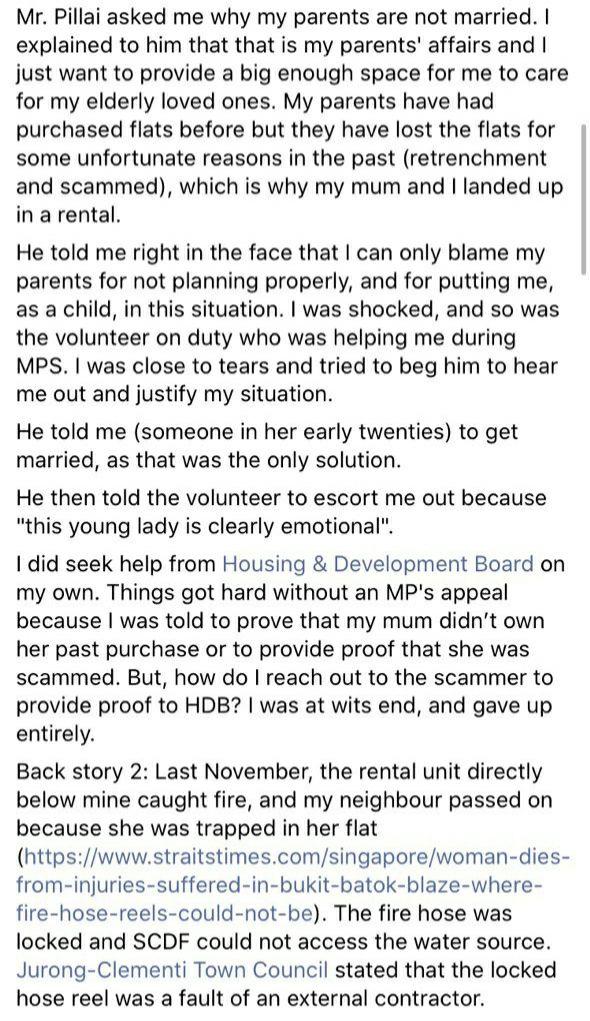 Chua's second experience with Murali was also an unhappy one.

She shared about the Bukit Batok fire where her neighbour had passed away after being trapped in her flat.

During the fire, the fire hose was locked and the water source could not be accessed.

As the unit that caught fire incidentally was the one directly above Chua's flat, the fire had burnt through her drain cover, causing the pipe to leak.

The corridor of the units in the vicinity of the burnt flat also remained grey, as the soot could not be washed away.

According to Chua, Murali told the residents that he will have people look into it.

"Nothing was done weeks after the fire, and we had to constantly reach out to the town council to follow up on the painting of the walls," Chua lamented.

"More than half a year later, my pipe is still leaking." 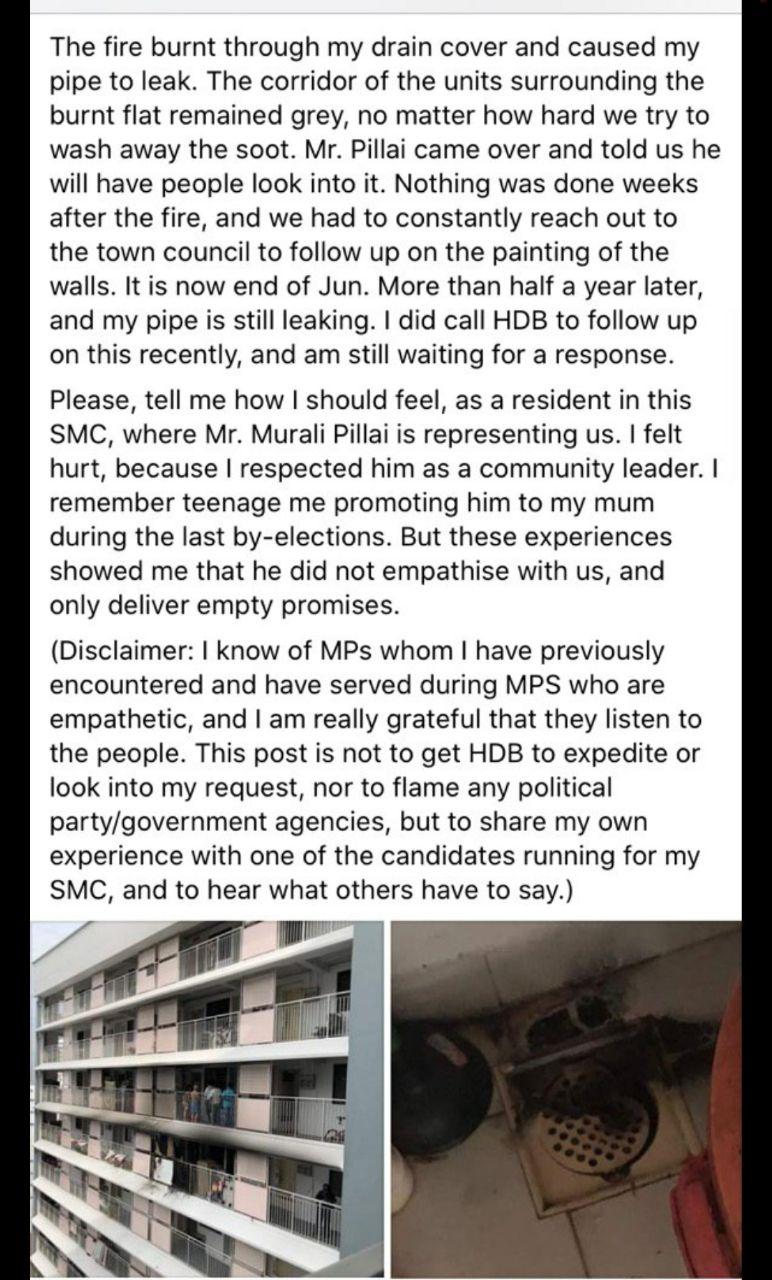 Chua said in her post that she did not wish to flame any political party or government agencies, but simply wanted to share her experience with one of the candidates running in her SMC.

"The purpose of my call was to understand her present situation and to find out how I can help her and her family," Murali said.

"I assured her that she need not change her opinion of me."

According to Murali, they agreed to keep the details of her case confidential, and that she has agreed to let him assist her.

He also appealed to the public to respect Chua's privacy.