As Singapore continues to ramp up its testing capacity for Covid-19, a brouhaha erupted after it was announced that temporary swabbers and swab assistants will be paid salaries of S$3,800 and S$3,400, respectively.

In response to the chatter, CEO of Temasek Holdings Ho Ching took to Facebook to share her thoughts on the matter.

Stop whining and volunteer to be trained to swab: Ho Ching

In a Facebook post on Sunday, May 17, Ho shared an article about Health Promotion Board's hiring of temporary swabbers.

Ho wrote that anyone who feels that their salary is unfairly lower than that of the swabbers should "stop whining and go volunteer to be trained to do the swabbing".

In the days preceding Ho's post, the announcement of hiring for temporary swabbers and swab assistants had sparked conversation about the perceived discrepancy between the salary paid to the temporary staff, who do not need to have any healthcare experience to be eligible for the job, and the standard industry remuneration for healthcare professionals with the requisite nursing background.

The Ministry of Health (MOH) had responded to media queries about the recruitment, explaining that the employment of the swabbers and swab assistants is just a short-term contract, and do not provide progression pathways, unlike full-time healthcare professional roles in the public healthcare system.

MOH also stated that an entry-level registered nurse can have a gross monthly salary (including allowances and bonuses) of between S$3,300 to S$5,200, depending on one's qualifications, and that the temporary employment will not include any additional allowances or bonuses.

Ho wrote that we should not take for granted the "kindness and public spirit in volunteering" of those applying to be swabbers and swab assistants, and that they should be paid properly and higher than for "easier and safer jobs".

She also added that the swabbers and swab assistants will need to be taught how to stay safe, for the sake of their own safety as well as that of the team, their families, their patients, and potential cases.

Some Facebook users who commented on Ho's post agreed with her, pointing to the risks associated with being on the frontlines to conduct swabbing, as well as the lack of other benefits, as reasons why the salary makes sense: 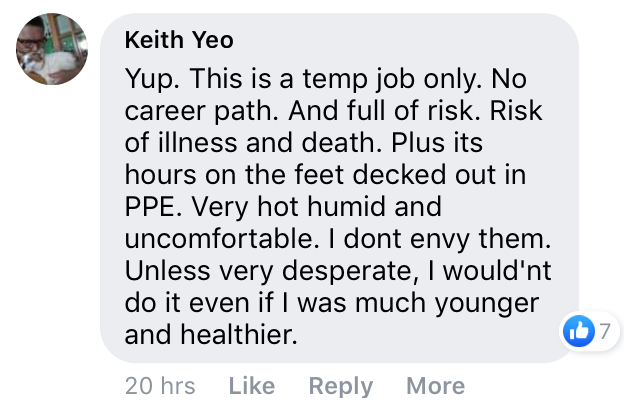 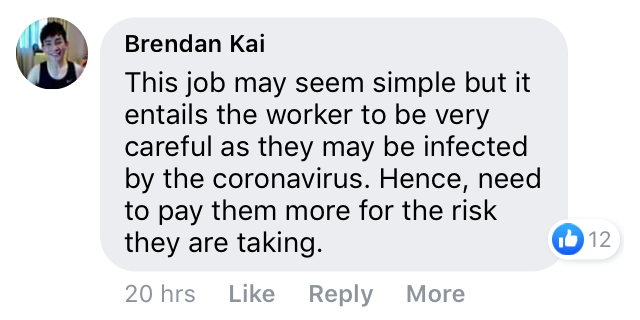 Others pointed out that other frontline staff, such as nurses, also face similar risks in their jobs and deserve to be compensated accordingly: 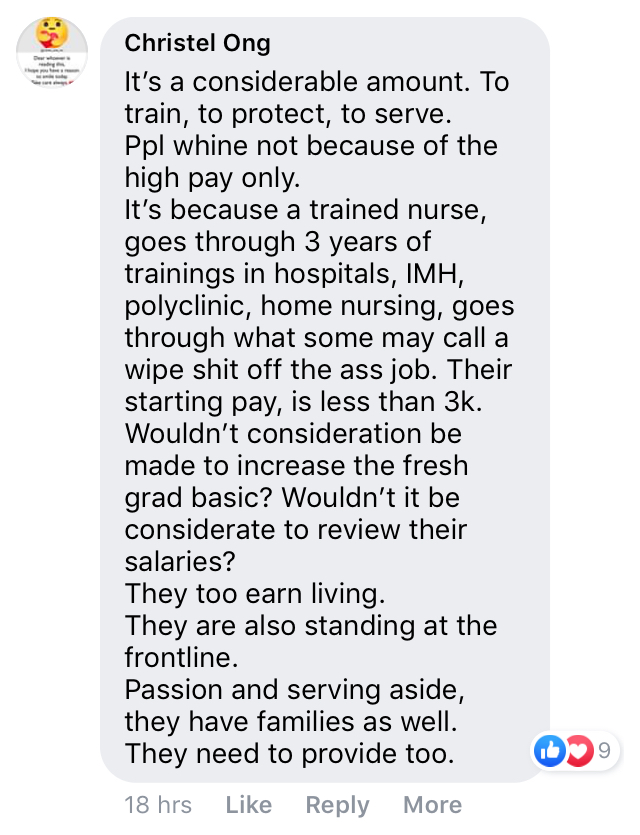 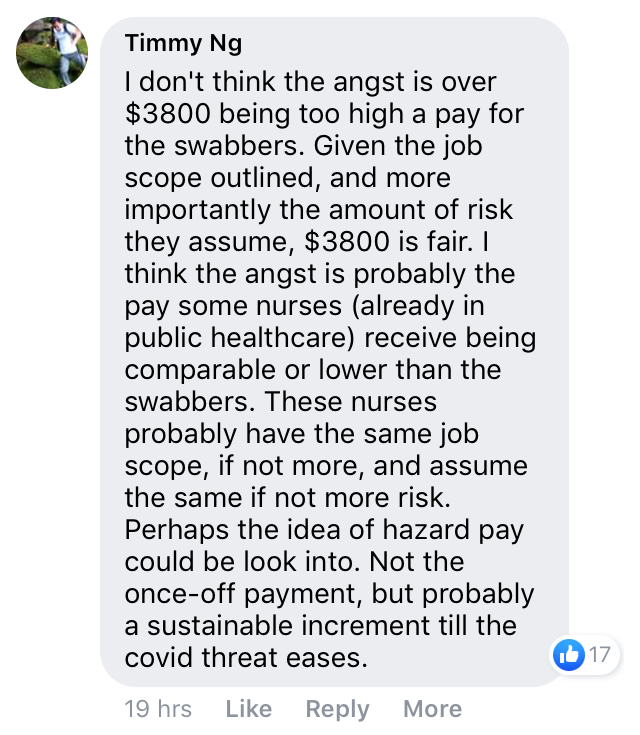