On Apr. 12, Member of Parliament (MP) for Tanjong Pagar GRC Chia Shi-Lu "made a quick trip" to distribute reusable masks to the hawkers working at Alexandra Village Hawker Centre.

However, some netizens, including Workers' Party member Koh Choong Yong, pointed out that it was inappropriate for Chia, who is a surgeon at Singapore General Hospital (SGH), to do so while the current circuit breaker measures are in effect, as Singaporeans have been told to stay home as much as possible.

Koh asked whether Chia's actions of handing out masks with his grassroots leaders were considered "an essential activity". 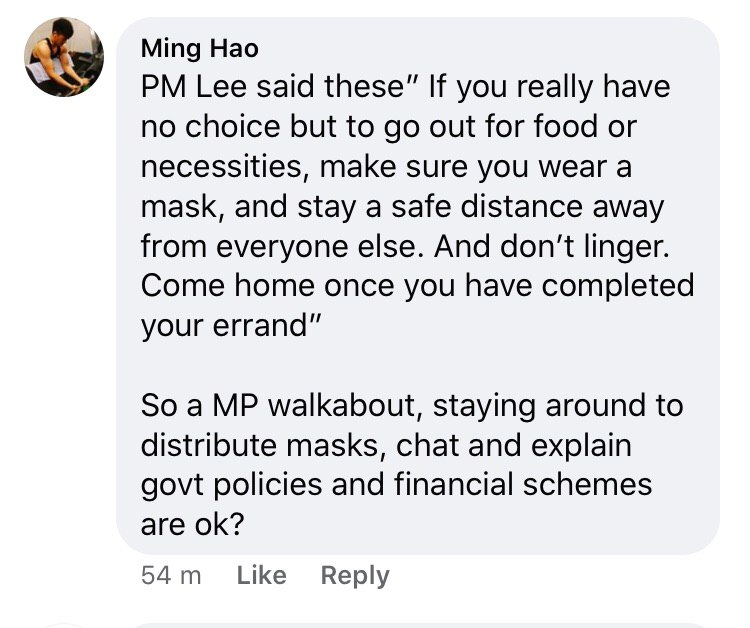 One member of the public said that although she applauded the intent behind his visit, she is worried that given the current situation, Chia may be sending the wrong message to the public. 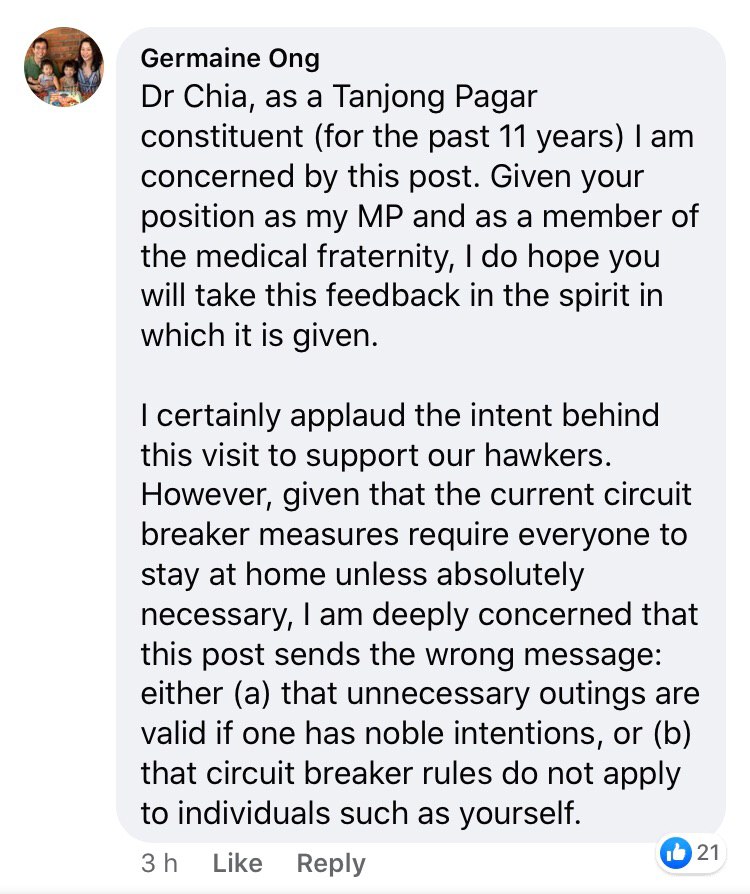 On Good Friday (Apr. 10) and Saturday (Apr.11), nearly 6,000 stern written warnings and 90 fines were issued by enforcement officers and ambassadors to members of the public who did not observe safe distancing measures.

The number of offences had dropped significantly to 200 yesterday (Apr.12) after Environment and Water Resources Minister Masagos Zulkifli made an announcement that there will be a fine of S$300 for the first safe distance offence.

Singapore entered the circuit breaker period on Apr. 7, and Singaporeans have been advised to stay home as much as possible ever since.

All gatherings with family and friends who do not live together were prohibited, and gatherings at home or public spaces were also banned.

During this circuit breaker period, Singaporeans are only allowed to leave the house for "essential activities", such as getting essential goods and services, like food or groceries, or seeking medical attention if they are unwell.

A full list of such essential activities can be found here.

In his speech, he said that "the more we take liberties with the Stay Home measures, the longer these painful measures will have to last".

On Apr. 11, Transport Minister and former Health Minister Khaw Boon Wan also urged Singaporeans not to loiter in the Community Centres when they collect their reusable masks. He reminded them to collect their masks, go home and stay home.

Mothership has reached out to Chia for his statement earlier today (Apr. 13), and will update the article with his response shortly. 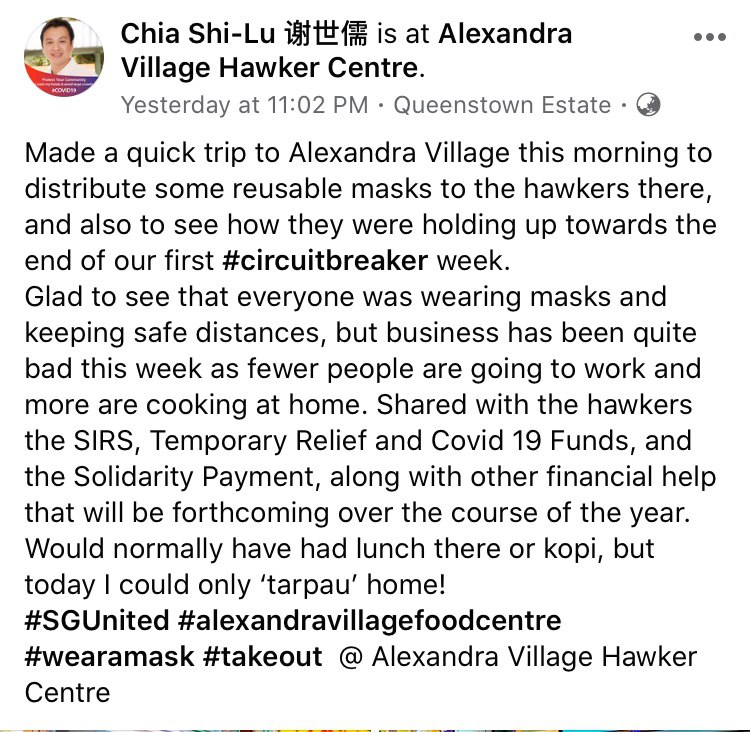