Thousands thronged Our Tampines Hub, filling the atrium and the floors above to catch a glimpse of the 56-year-old actor in the flesh.

And it appears Singapore's Deputy Prime Minister is a fan too.

Heng even gamely struck a kungfu pose at the new Ip Man pavilion, where he went "toe-to-toe" with the martial arts master.

The pavilion features not only a trick-eye illusion, as seen in Heng's photo, but sets from the previous three Ip Man movies.

Fans can marvel at and pose with Ip Man’s iconic wooden dummy, family portraits and even the big round table which Yen sparred with Sammo Hung.

Yen even penned a handwritten letter addressed to Heng and Minister for Environment and Water Resources Masagos Zulkifli, wishing them Merry Christmas and Happy New Year. 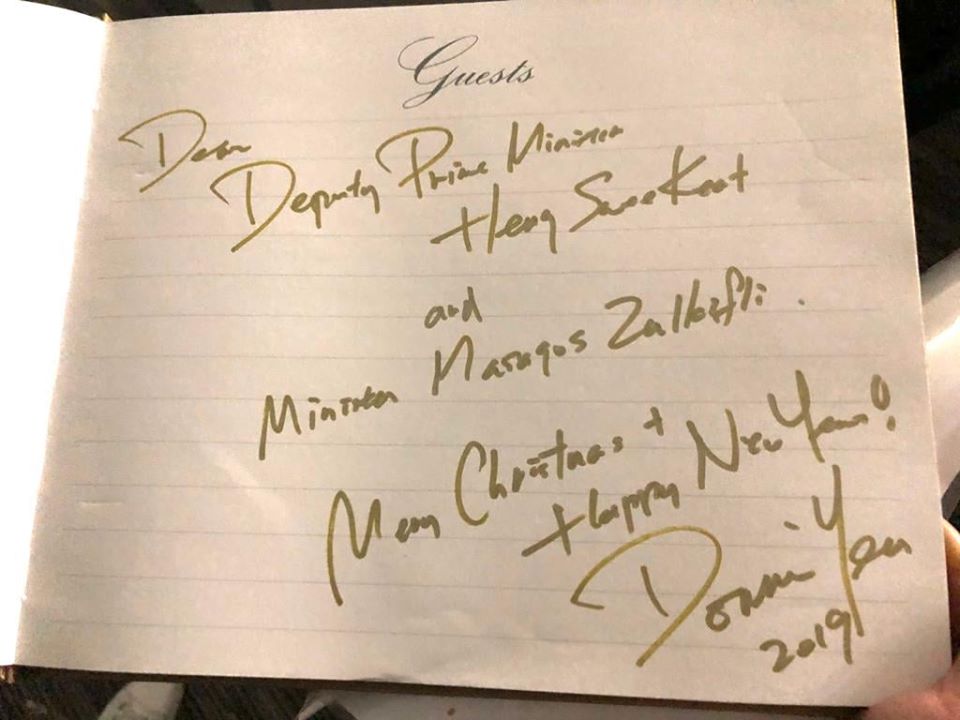 This might be Yen's last hurrah in the world of martial arts.

He announced in a Beijing press conference on Nov. 27 that Ip Man 4 would be his final kungfu film, citing his desire to move on to and explore other genres.

Yen did not, however, disclose what his future works would involve.

Yen will make an appearance at Shaw Theatre Lido today, December 10, at 8:30pm onwards for the gala premiere of Ip Man 4: The Finale.