Trying to smuggle contraband items into Singapore has seen people come up with increasingly creative manners of hiding said items.

And in yet another bread-related scheme, one Malaysian man was caught attempting to smuggle contraband cigarettes in loaves of bread.

In a Facebook post, the Immigration and Checkpoints Authority (ICA) shared that they had managed to thwart the 52-year-old's smuggling attempt.

ICA officers had apparently observed the man lugging four loaves of bread and behaving suspiciously at the Arrival Bus Hall.

The man had been trying to get past Woodlands Checkpoint with 32 packets of duty-unpaid cigarettes, each crammed between slices of white bread.

Here's a before and after picture of the "cigarette sandwiches". 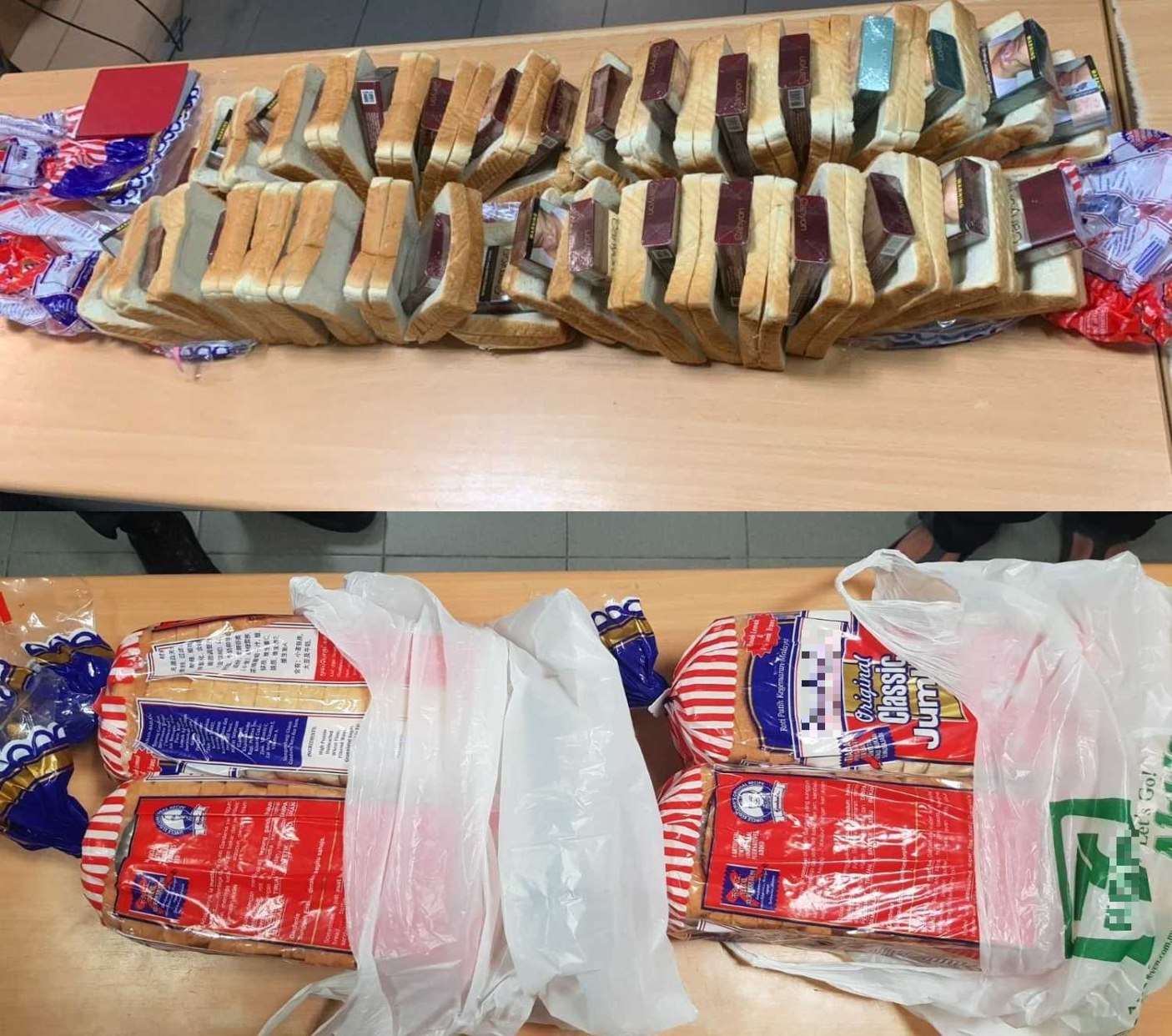 ICA stated that the man was referred to Singapore Customs for further investigations.