This was after they recently introduced their boneless Original Recipe Chicken Steak:

KFC Singapore shared an image of the new product on Facebook on Sept. 1:

The Chicken & Waffles consist of what appears to be the Original Recipe Chicken Steak on top of a Belgian waffle.

It also consists of a mystery whitish-looking béchamel-style sauce that looks more savoury than sweet -- or both.

First came out in US

KFC Chicken & Waffles dish was introduced in the United States in 2018.

The US version was sweet, consisting of American waffles, maple syrup and copious pieces of fried chicken: It was also sold as a sandwich: 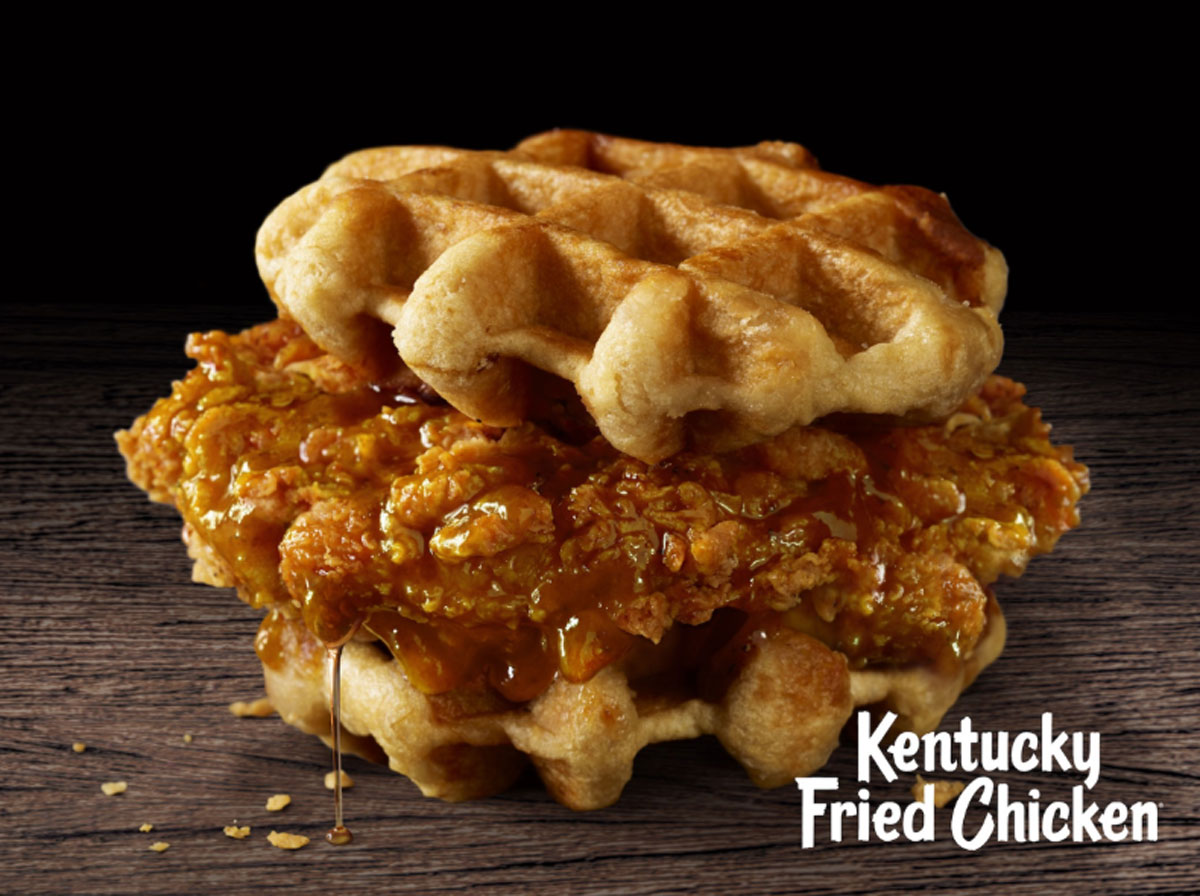 The products sold out in two weeks over there.