Update on Jul 26, 2:53pm: A Huawei spokesperson informed us that the Mate 20 promotion has been "put on hold" until further notice.

Here is their statement:

"We are deeply regretful for an outcome that went against our intentions of providing a celebratory promotion. Due to an overwhelming response, we are assessing other possibilities to address the situation and will continue to offer attractive promotions for all."

Singaporeans were outraged after queuing for Huawei's S$54 Y6 Pro phone, only to be turned away empty-handed due to very limited stocks.

In response, the tech company issued an apology and an advisory for members of the public to stop heading down to the stores. 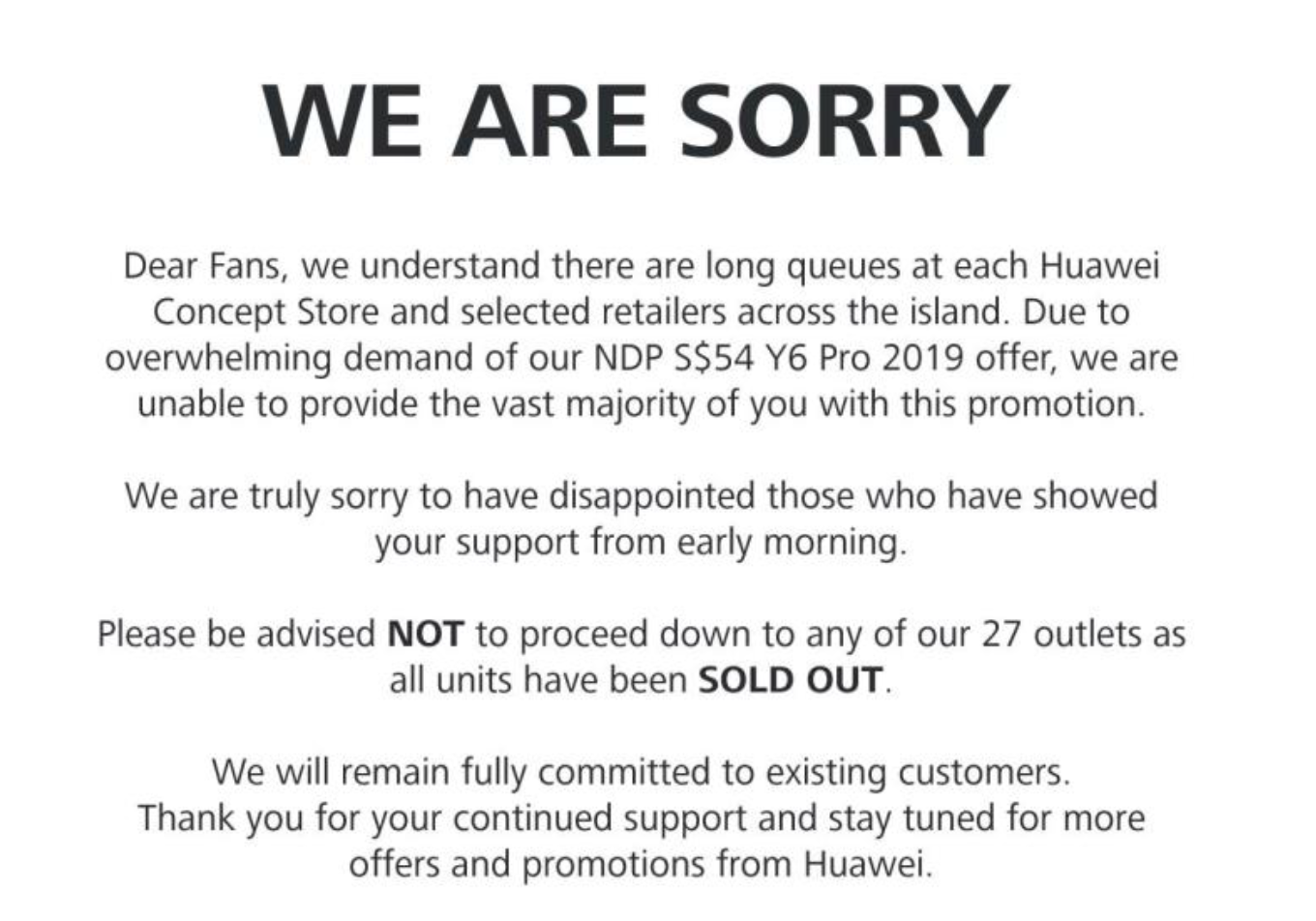 However, to thank members of the public for the "unprecedented surge of of demand" as well as to continue the National Day festivities, Huawei has put out yet another promotion.

From July 27, customers will be able to get the Mate 20 for S$568 at Challenger stores islandwide.

Midnight blue and black models will be available, but it is not clear how many sets will be up for grabs.

The term used by Huawei is "limited quantities".

Note that the Mate 20 Pro is not included in this promotion.