Food delivery applications are a godsent for a lot of hungry Singaporeans, especially in the wee hours of the night.

And one man in Yishun decided to show his appreciation to one of the many food delivery riders who work late into the night.

Fadli was working as a food delivery rider for GrabFood when he received an order from a GrabFood patron by the name of Terence at around 12.45am on July 27.

The order called for a packet of fried rice as well as one iced tea from Badriya Food Corner in Yishun.

However, he received a special note on the order:

The GrabFood customer didn't buy the meal for himself, it was for the food delivery rider.

Terence also dropped him a message just to make sure he didn't miss out on the special note.

However, Fadli said he could still send the food over to Terence because it is, after all, his job. 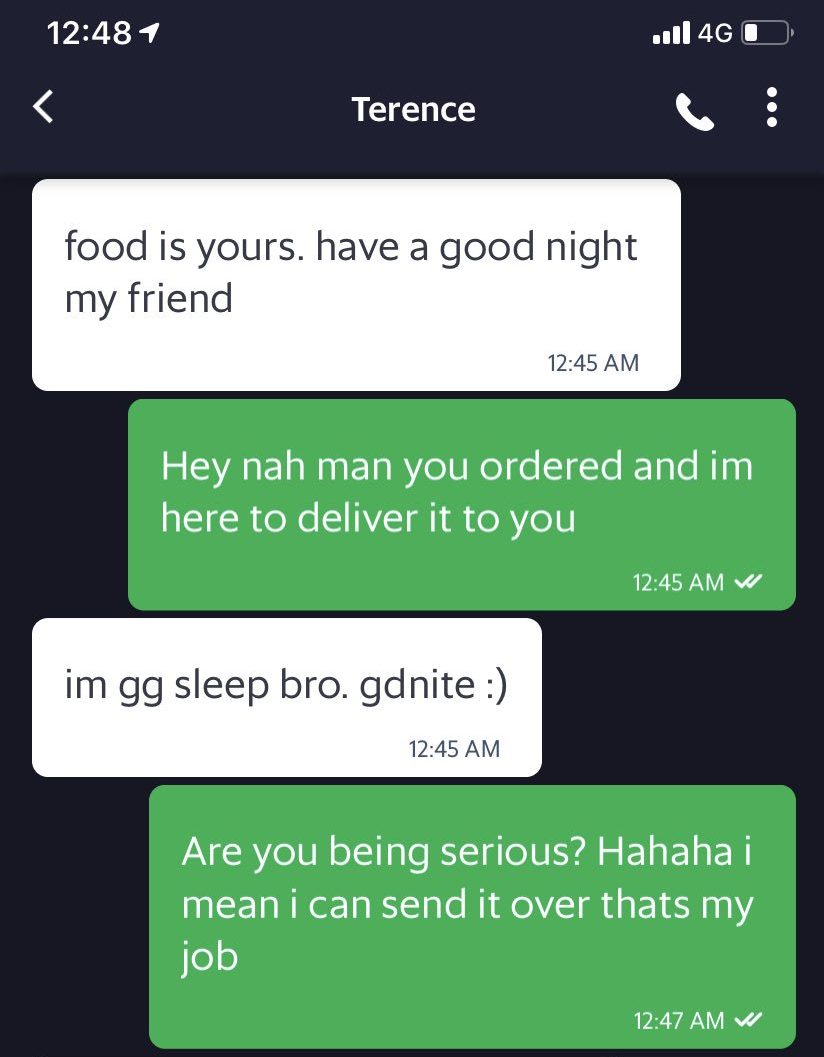 But it was only after Terence told Fadli that he was serious about the offer did he accept the food. 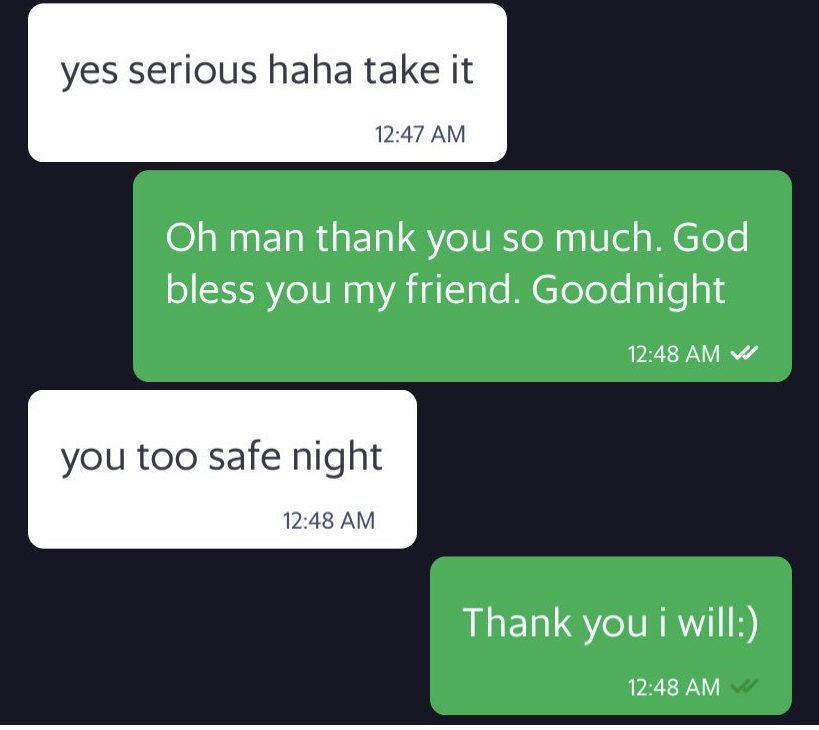 "I felt like it wasn't real at first. When he told me he was being real about it, my heart felt so soft. I almost cried and it made me so happy with the kindness he did."

You can read the full thread here:

God bless you my friend:) pic.twitter.com/XTHcckyA84