Changi Airport has a playground situated at Changi Terminal 4.

It's a nifty little contraption, useful for parents to entertain their young children perhaps.

Or as Unilad, a British Internet media company, classified it, a real adventure.

Here's their video, which has over 22,000 shares and seven million views.

Basically it runs you through how to get on this really cool slide and slide down to the Chandelier, which is the playground.

That same video was shared on Reddit, garnering nearly 70,000 upvotes in less than 12 hours.

Like most highly-upvoted posts on Reddit about Singapore, it reinforced the idea of Singapore as a playground city of sorts. 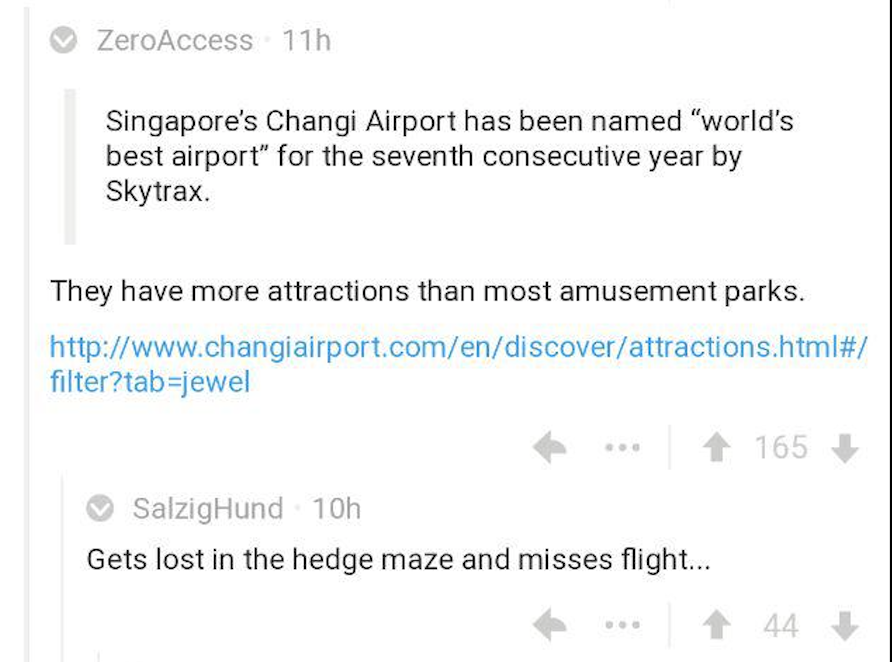 With the usual rabbit hole down the Disneyland with death penalty trope. 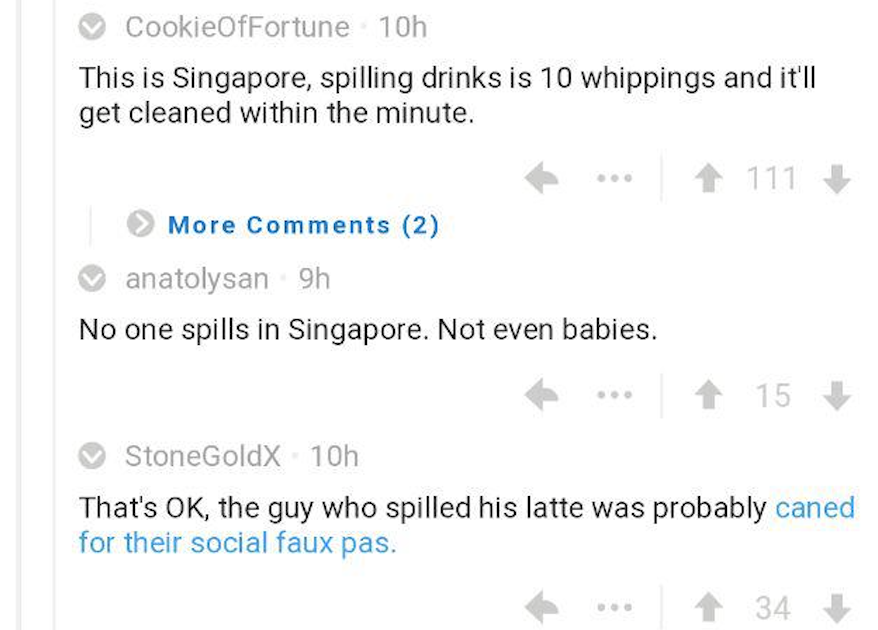 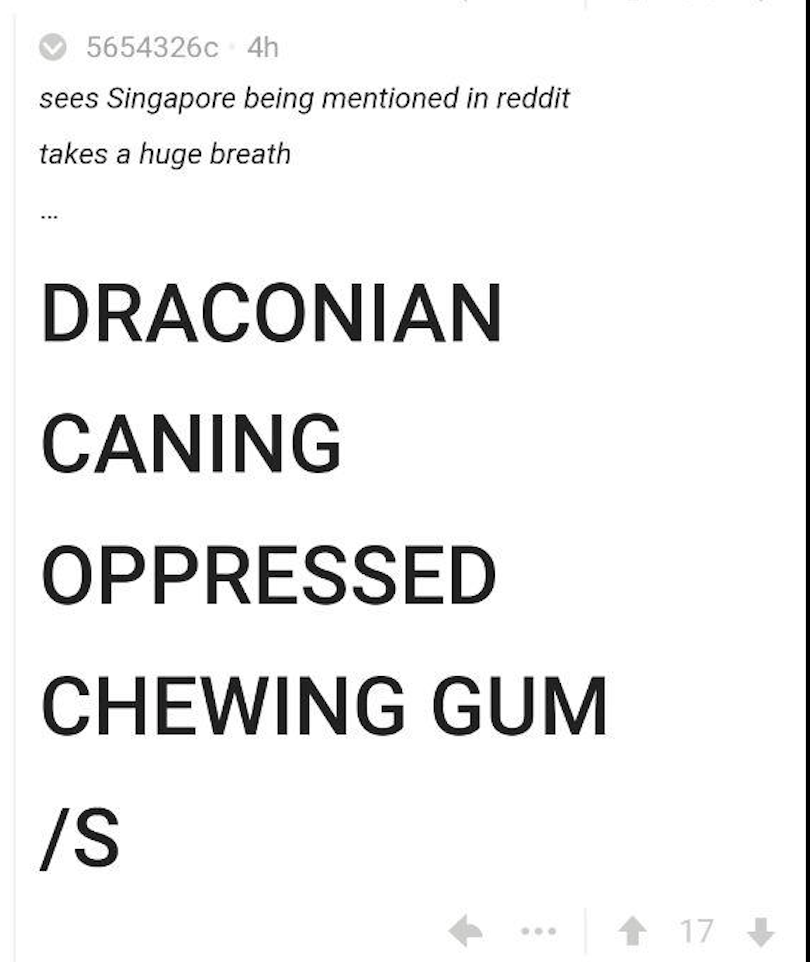 Also just as an aside, that's not even the longest slide in Changi itself.

That honour goes to the The [email protected]

Here is a POV of the slide.

Chewy and I spent about 10 hours worth of layovers at the Changi airport in Singapore, so we had to keep ourselves entertained. #iforgothowtoslide #whoo #chunkygoestosingapore

Other shock and awe-inducing Singaporean things