A short film he directed for his undergraduate studies ended up getting picked for the Cannes Film Festival and he became one of the few people to ever represent Singapore at the prestigious event.

The short film, Adam, was created for his final-year project at NTU's School of Art, Design and Media.

Adam is about a young boy with a turbulent family life trying to find his place in the world.

Lo and behold, it made it into the Cannes Cinefondation selection in 2019.

The Cinefondation programme aims to give exposure to up-and-coming filmmakers by accepting short or medium length films from film schools all around the world.

It is the only fourth film from Singapore to have been accepted under this category.

Having just returned from the festival in France, Mothership.sg spoke to Shoki about his virgin experience there -- essentially things we have always wanted to ask a student director who made it to Cannes and whose world is his oyster. 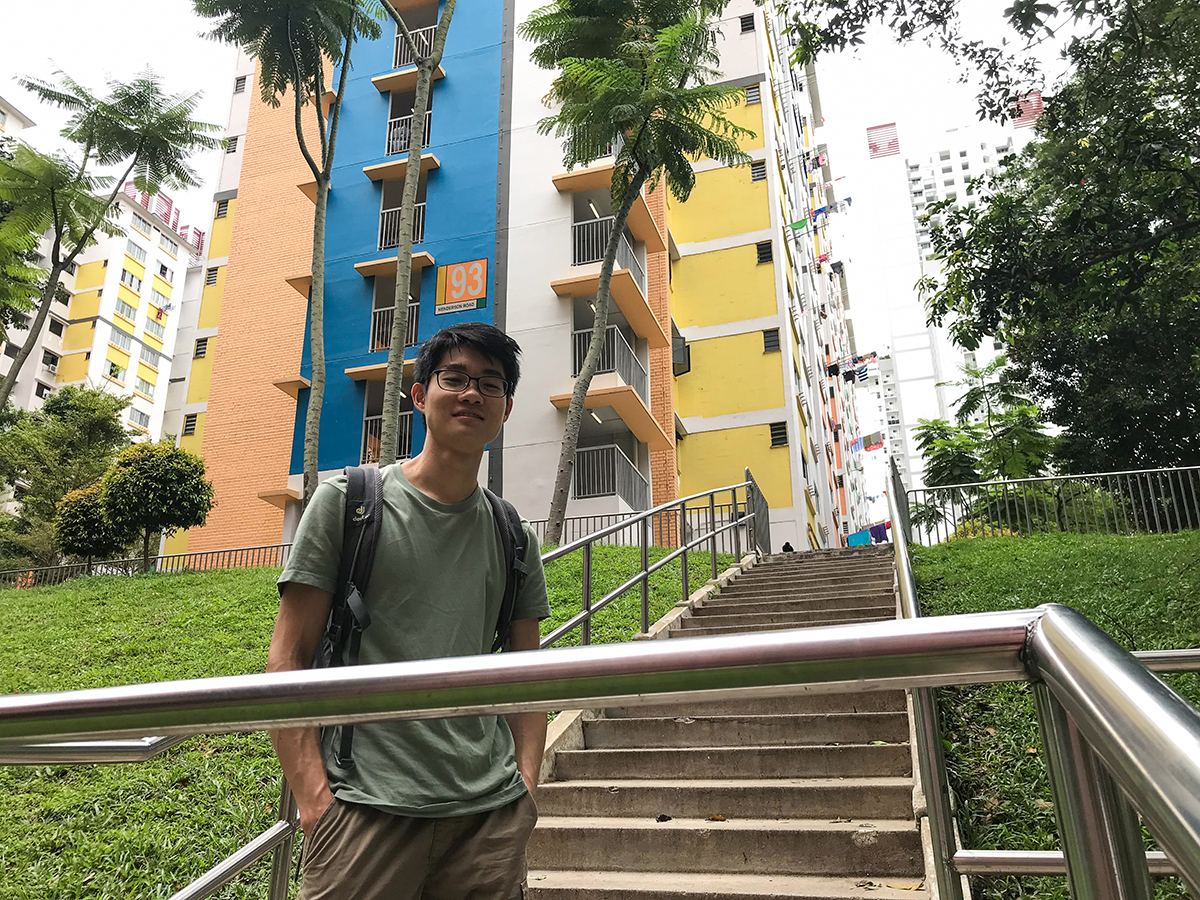 Shoki went to Cannes with three other team members.

Adam was screened alongside 16 shortlisted films there.

Shoki described the event as having lots of networking sessions, usually in the form of parties where he got to meet other filmmakers and directors from all around the world.

But what he enjoyed most about Cannes was that it was filled with people who are genuinely passionate about film.

He said: “The audience at Cannes is very sensitive to film, and you would see people clapping in the middle of a film or even giving a roaring standing ovation at the end... and everywhere you go people are talking about films."

"It was a very different experience, even as an audience just watching the films.”

He even saw people holding up signs asking for extra tickets outside the arena while being fully dressed in tuxedos.

They were hoping for someone to pass them a spare ticket.

“They’ll be standing there basically for the whole evening waiting to get lucky,” Shoki said.

When he got notified about Cannes

Being informed about making it to Cannes was perhaps one of the most exciting things about Cannes.

Shoki said he received an email after a long day of being on set for another shoot, and was instantly energised, even though he was physically drained from work.

He immediately notified the team behind Adam.

And then, naturally, he told his parents subsequently. 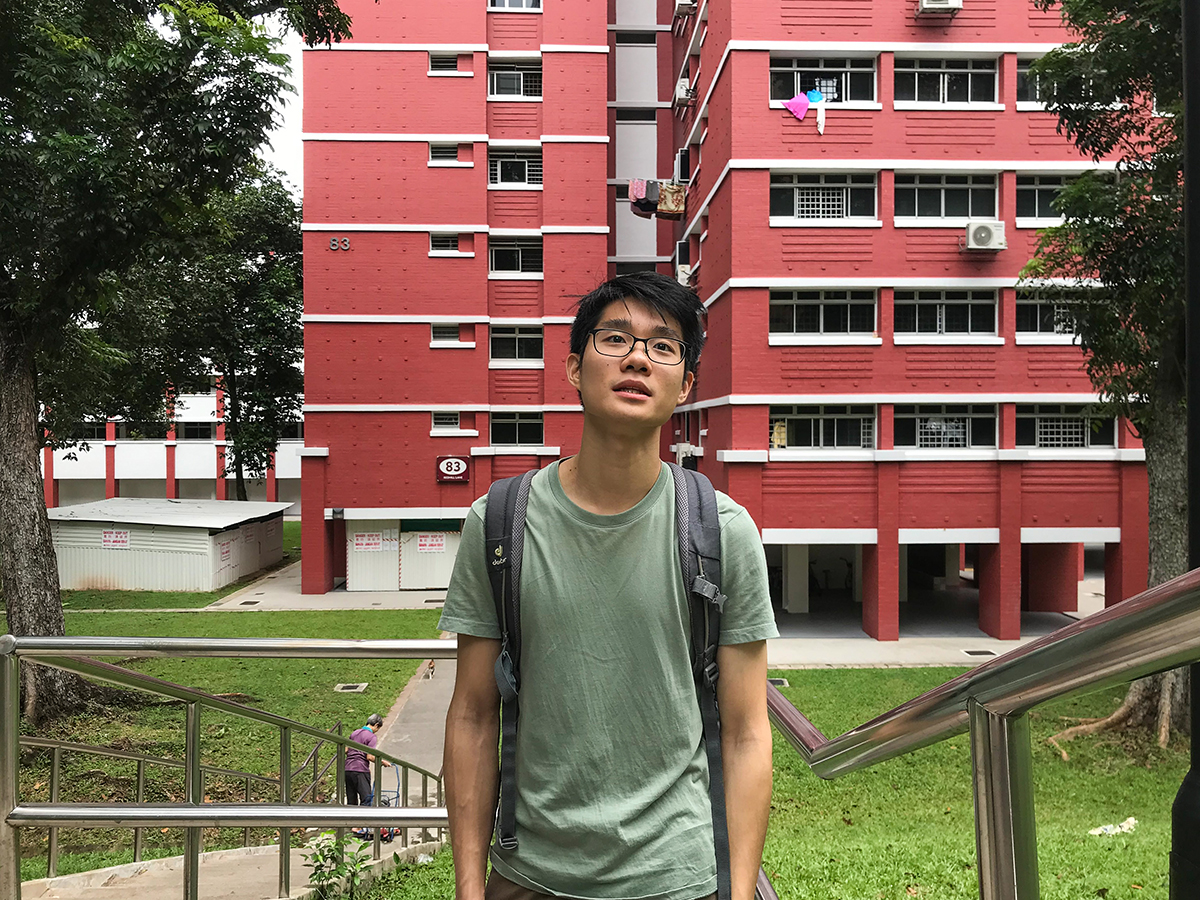 About the film Adam

Why should people watch the film Adam?

In response to queries about why should people, Singaporeans in particular, watch his short film, Shoki said: “My wish when people watch the film is for them to think about the importance of having a home (as a child)."

"For me, Adam is a special film because it’s a simple story about a child growing up, but it touches on a lot of themes in a subtle and unique way.”

What are Singaporeans supposed to feel about the film?

This is the sort of question that artists rather not answer -- but we asked it anyway.

Because a director talking explicitly about his work sometimes limits possibilities and channels the audience's thinking in a certain direction.

Shoki said he doesn’t really like to talk about his film too much, and would rather let the viewers interpret it in whichever way they want and not impose a certain idea on audiences.

He said: “I like that the film is like an open book, anyone can interpret it the way they want to. I really enjoy asking people what they felt about the film, and I always get such a spectrum of responses."

"The whole writing process was very much a personal journey, and I think likewise for the viewer I hope watching this film can be a personal experience for them as well.”

“We’re just trying to tell a story and it’s up to the viewer to reflect upon that.” 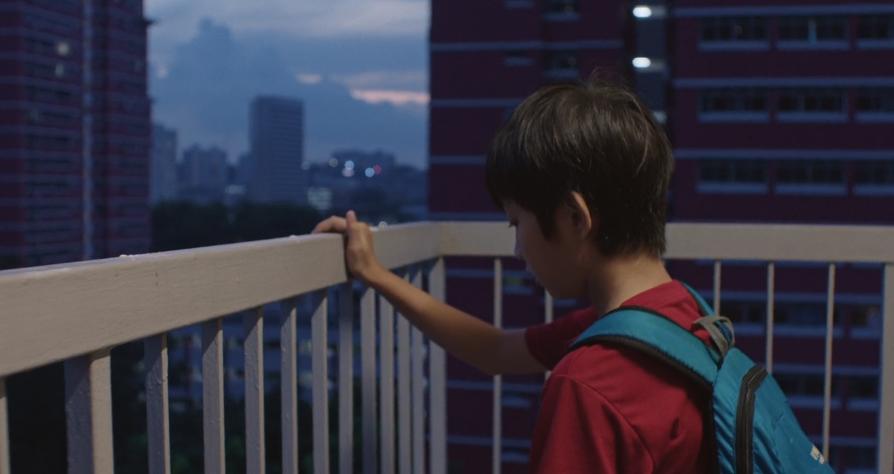 Being parsimonious and telling a story effectively in a short span of time is perhaps the hardest thing to do, the student director admitted.

“With short films you have to be very precious with what you put on screen, which comes in the writing stage, and figuring out how you want to tell your story in the most effective manner in a short span of time," Shoki said.

"It’s about being very effective and concise in what you’re showing, and how you express what you want to say in that short period of time.”

Shoki is no stranger to the short film medium though.

In 2017, he was part of a team of NTU students behind Changi, which won the Best Picture Award at the National Youth Film Awards, a Singapore film festival.

Changi was an eight-minute short film exploring themes of immigration and family ties through a conversation in a taxi between a young immigrant mother and her son living in Singapore.

On having product placements in his films

Asked about commercial viability, Shoki, who is only in his mid-20s, already sounds like a realist.

“For me I really respect filmmakers who make films for the story, like everything is ultimately to tell a good story, and if a filmmaker really puts a lot of thought into that you can really see it in the final product."

He also said: “That’s the reason why we keep the film small, obviously because we don’t have a lot of money, so with that limitation we craft the certain kind of story we want to tell."

"And because of that we don’t have to think about earning a profit from the film, which is also another kind of freedom. You know we keep the story small and we are limited in that way but the freedom comes not having this financial obligation.”

His decision to study film

Shoki has always been interested in filming videos ever since his secondary school days, and would classify himself as a geeky person due to his fascination with cameras.

He even managed to convince his parents to get him a camera when he was young, and he edited his videos on basic software such as iMovie.

His love for film continued in junior college, where he made a short film for his A-level coursework with the help of some friends.

He aspired to study in top film schools in America, and even though he got accepted, he eventually didn’t manage to qualify for the scholarships, which is how he ended up in NTU.

However, looking back, Shoki said that might have been a blessing in disguise.

He said: “Studying in Singapore also means that I can tell more Singaporean stories in a local context, which I’m familiar with as I grew up here. I’m very happy with my experience in NTU.”

It is a coincidence that "Shoki" sounds like "Shiok" -- a local expression for "awesome" or "gratifying", but with more awesomeness and gratification.

Shoki's dad is a Chinese-Singaporean, and his mum is Japanese, which explains his name.

He said: “I don’t think my mum knew about the word ‘shiok’ before she named me.”

“When people can’t pronounce my name I would just tell them it’s like ‘shiok’, but with the ‘I’ at the back.”

Favourite film of all time

Mother, a Korean crime-thriller by Bong Joon-ho, where the plot involves a distraught mother trying to prove her son’s innocence in a murder case, is Shoki's favourite.

He said: “Mother for me was a very interesting mix of a thriller genre with elements of socio-realist film, where you get to see a part of society, and at the end it really makes you think about the human condition."

"The characters were really complex, and I liked how they show that there is never a real right or wrong in that film.”

On the local front, Shoki looks to fellow filmmakers.

“I enjoyed Apprentice, a feature film by Boo Junfeng, where the stories were very well crafted and the movie dealt with a part of Singapore that is not at the forefront of everyone’s minds, yet reflects quite a bit about our society.”

“As I grow as a filmmaker I’m more interested in films that touch upon bigger themes, or address bigger things about society or the complexity of people and our emotions. Films that are bigger than itself can be quite powerful.”

Directors he looks up to

A peer or local director he would recommend audiences to watch

Shoki also recommends looking out for Nicole Midori Woodford, the supervisor for his film, who has an upcoming feature film.

Regarding the future and what it holds for this Singapore talent, Shoki said: “The ultimate dream is to be able to make a feature film.”