You might recall two very persistent kitties trying to get into the Onomichi City Museum of Art in Hiroshima prefecture, Japan.

Since 2016, their antics have captured the imagination of fans around the world, and the two have continued to attempt charming their way into the museum.

However, for ginger tabby Go-chan, it seems that his museum-visiting days are over for now.

From May 17-18, the museum's twitter account had uploaded a few tweets that hinted at Go-chan's departure from the museum area.

Then came the news on late May 18: Go-chan had found a new place to call home.

Before he left, however, he was let into the museum briefly, a bittersweet ending to his adventures here.

Go-chan has found a new family. He left the park he got used to. We love you, Go-chan! Thank you very much! We never forget you. Please come back to our museum again sometime.

Go-chan will begin new life as a house cat. Thank you very much for your deep love for him. With the consent of the owner we will spell these days and memories of him for a while.

Ken-chan is also a resident cat of a nearby restaurant, but no owner came forward to claim Go-chan, until his current owner adopted him.

Go-chan will be greatly missed at the museum -- so much so that one particular cat came to comfort the staff on June 4.

She's a familiar sight to the staff, it seems.

The museum says that this particular kitty, whose name is Kuu-chan, is like a mother to the two museum cats.

Though she has already spent several years living in a house elsewhere, staff felt that she must have come over to cheer them up.

She is like Ken & Go's mom in Senkoji park. She has spent several years in her house. She might come to cheer us up.

Whether Kuu-chan will be Ken's latest playmate or rival is uncertain, but everyone will definitely miss the playful ginger cat. 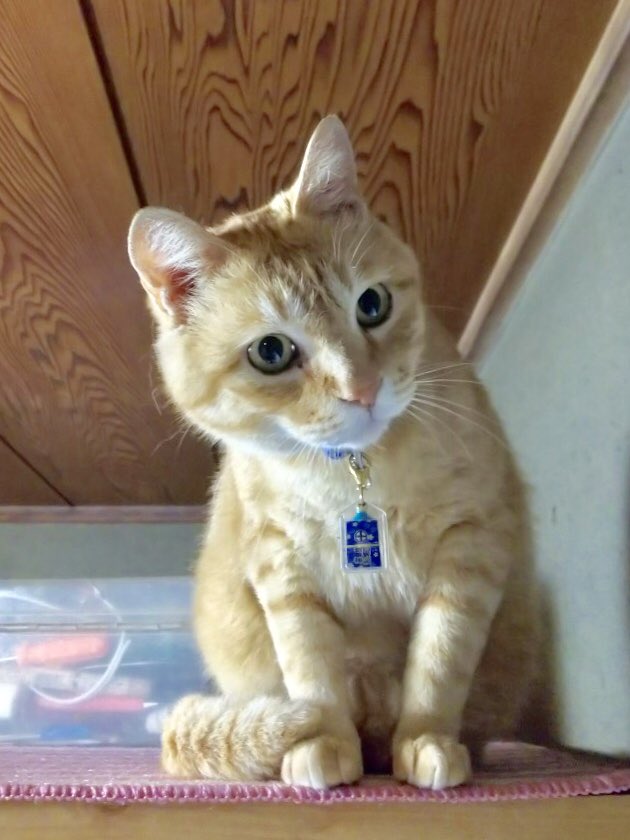