Anime Expo, or AX, is one of the biggest anime conventions in the US.

Attendees may or may not be aware, but there's a bit of Singapore in every part of the convention.

That is because AX's graphics on the official access passes, lanyard, and even street banners have been designed by artists from Collateral Damage Studios (CDS), a Singaporean group of artists.

Here are some of their artwork on this year's official merchandise and passes:

Look what I got in the mail

See you guys at Anime Expo in a couple of weeks 😌 pic.twitter.com/zcN5jQltId

Introduced to the organisers

CDS, an indie creative visual arts studio, was started by a group of art enthusiasts in 2007.

Since then, they've gone on to do all sorts of projects, producing artwork for games, educational content, and Singapore's own anime convention, Anime Festival Asia (AFA).

The team was initially introduced to the organisers for AX, the Society for the Promotion of Japanese Animation (SPJA) by Danny Choo in 2015.

Choo is the director and presenter of the TV show Culture Japan and had previously hosted at AX.

The studio then made a visit to SPJA's headquarters in Los Angeles later that year to negotiate a deal.

Obviously, as the studio is based in Singapore, CDS communicated with AX mainly through email and Skype.

Since 2017 however, the team has been able to meet up with the organisers in person as they started participating in the convention activities themselves.

The rest is history -- check out some of their key marketing visuals and designs for AX's merchandise.

The team behind the art

Much of the official artwork for AX such as the passes or the merchandise artwork is done by Low Zi Rong a.k.a WaHa, who is the lead in-house character designer for the studio.

Separate artwork for Premier Fan packages was done by  Jeremiah Boon a.k.a Haimerejzero / HJZ  in 2017, Canadian artist Pricey who's based in Singapore in 2018, and Lim Wei Lun a.k.a Usanekorin for 2019.

Tan Hui Tian a.k.a Space Penguin handled any background works that the studio ran into during the project.

Some might find it quite surprising how one of the biggest anime conventions in the U.S. decided to work with a Singaporean studio.

"I'll like to think that they thought that us as a studio is relatively experienced and reliable enough to work with," KC Ng, general manager of CDS said in an email interview with Mothership.

"By then, we've already got some experience working with Anime Festival Asia Singapore."

"It also helps that Zi Rong is really versatile and able to come up with art that is easily well-received by the AX convention goers," Ng added.

When the studio tells fellow Singaporeans at the convention about their involvement with AX, they're understandably surprised, in a good way.

"When we tell that to fellow Singaporeans over at the convention they seem to be impressed", Ng remarks, noting that they come across as "surprised and happy for us". 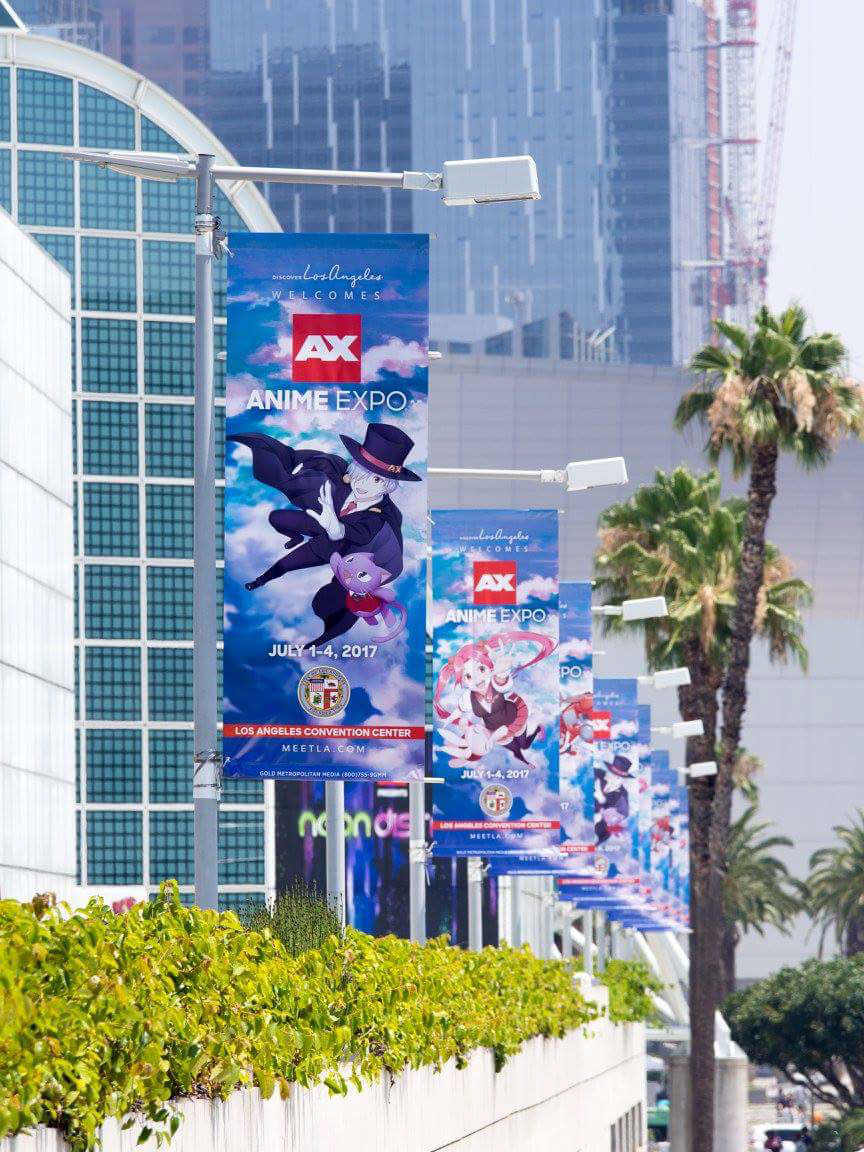