You might have seen this viral image on your newsfeed by now.

If you are not sure what that is, it is actually an image of the analogue Teletext information service.

An information service provided by MediaCorp, the Teletext used to inform Singaporeans about general information such as news, stock prices, lottery, flight timings, weather, and more.

The discontinuation of Teletext was a result of declining usage due to the rise of the Internet.

However, saying goodbye to Teletext was tough for the older folks back then. Being less tech-savvy, the service was an easier way to get information as compared to the Internet.

Workers' Party Member of Parliament Low Thia Kiang even raised this issue in Parliament in 2013, questioning the termination of Teletext.

However, it seems like times have changed, and even some old folks are experts at Pokemon Go now.

The image of the Teletext that was shared on May 27 has since garnered more than 3,900 shares.

Clearly, the image is making Singaporeans feel nostalgic about the good old days. 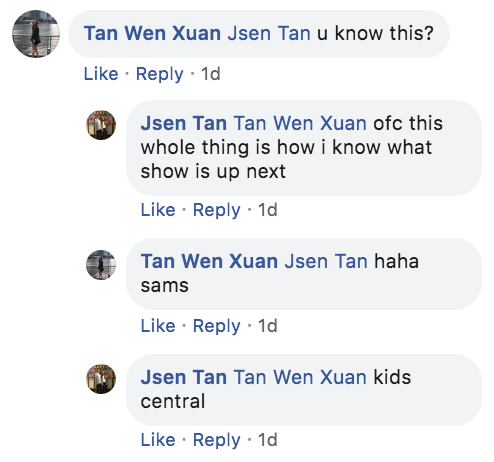