A massive thunderstorm swept across Singapore in the wee hours of Wednesday morning, May 8, 2019, as Liverpool decimated Barcelona in the Champions League semi-finals.

And one photographer, who was probably one of the thousands still awake, took it upon himself to snap some photos of the weather phenomenon.

While keeping up with the football match, John Heng, also known by his Instagram and Facebook handle Da Photographer, managed to capture some spectacular shots of lightning streaking across the night sky in his neighbourhood.

It looked as if the lightning struck earth, as seen from some of the shots taken somewhere along Thomson Road.

Here are the photos: 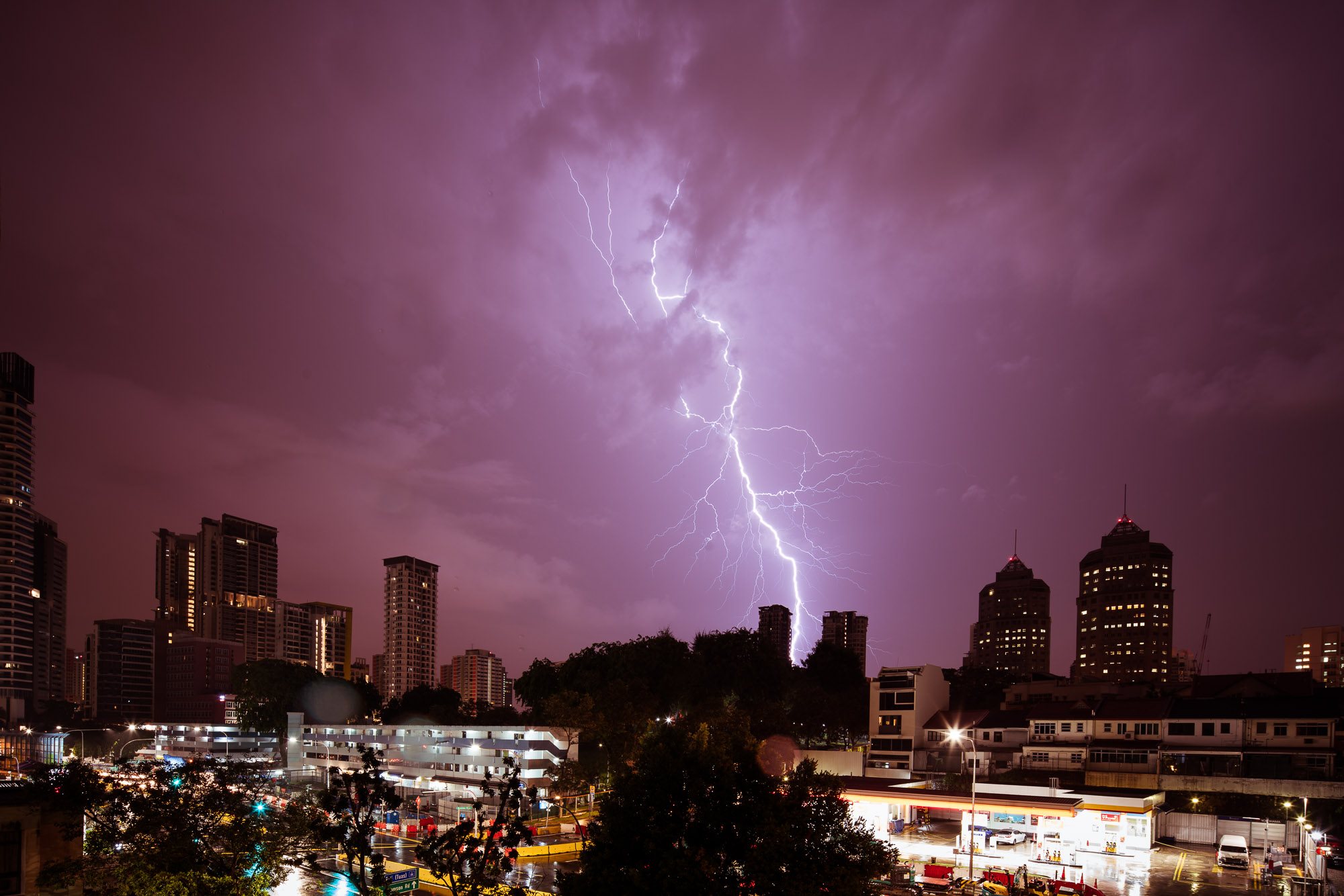 Heng said in a Facebook post that the two shots were taken at 4:16am and 4:39am respectively.

He added that this was about the time that Liverpool scored their third and fourth goals in its landslide victory against Barcelona.

Clearly, Singapore is experiencing rather unpredictable weather, in line with previous forecasts of a hotter and definitely wetter month of May.

The thunderstorm on May 8 morning hit numerous parts of Singapore almost simultaneously, which can be seen from a video posted on Twitter of data from the Meteorological Services Singapore.

the black thunderbolts indicate close to ground lightning gilerrrr wish i could’ve seen it in its entire manifestation though i mean look at the aCTIVITY IN BEDOK AT 4 org coma pun boleh terbangun balik woi pic.twitter.com/TQ93iXvYsj

Singaporeans can expect more thundery showers in the coming weeks, and potentially more lightning as well.

Top photo and all other photos by John Heng, Facebook