A father and daughter duo in Malaysia was recently praised online for their act of kindness.

According to a Facebook post by one Willy Chong, the duo was eating at a Bak Kut Teh shop in Malaysia when they noticed a man nearby.

Chong wrote that the man was a vagrant, and had looked hungrily on as the two were having their meal.

This is a translation of what Chong wrote:

I was very touched by something I saw today. This Indian brother in green is a vagrant. He stood at the entrance of this Bak Kut Teh shop and stared as he rubbed his stomach.

The brother in red saw him and asked if he was hungry. When the vagrant nodded his head, the Chinese brother (in red) invited him to sit down and ordered some food for him. More importantly, the little girl did not avoid the old vagrant, but insisted that her father give him a cup of Chinese tea.

There is compassion in this world. I want to commend this father and daughter. This father is such a role model. This is the right way of bringing up a child. Malaysia is a multi-racial nation. It doesn't matter what race you are, everyone can co-exist in harmony. This is how Malaysia can progress. 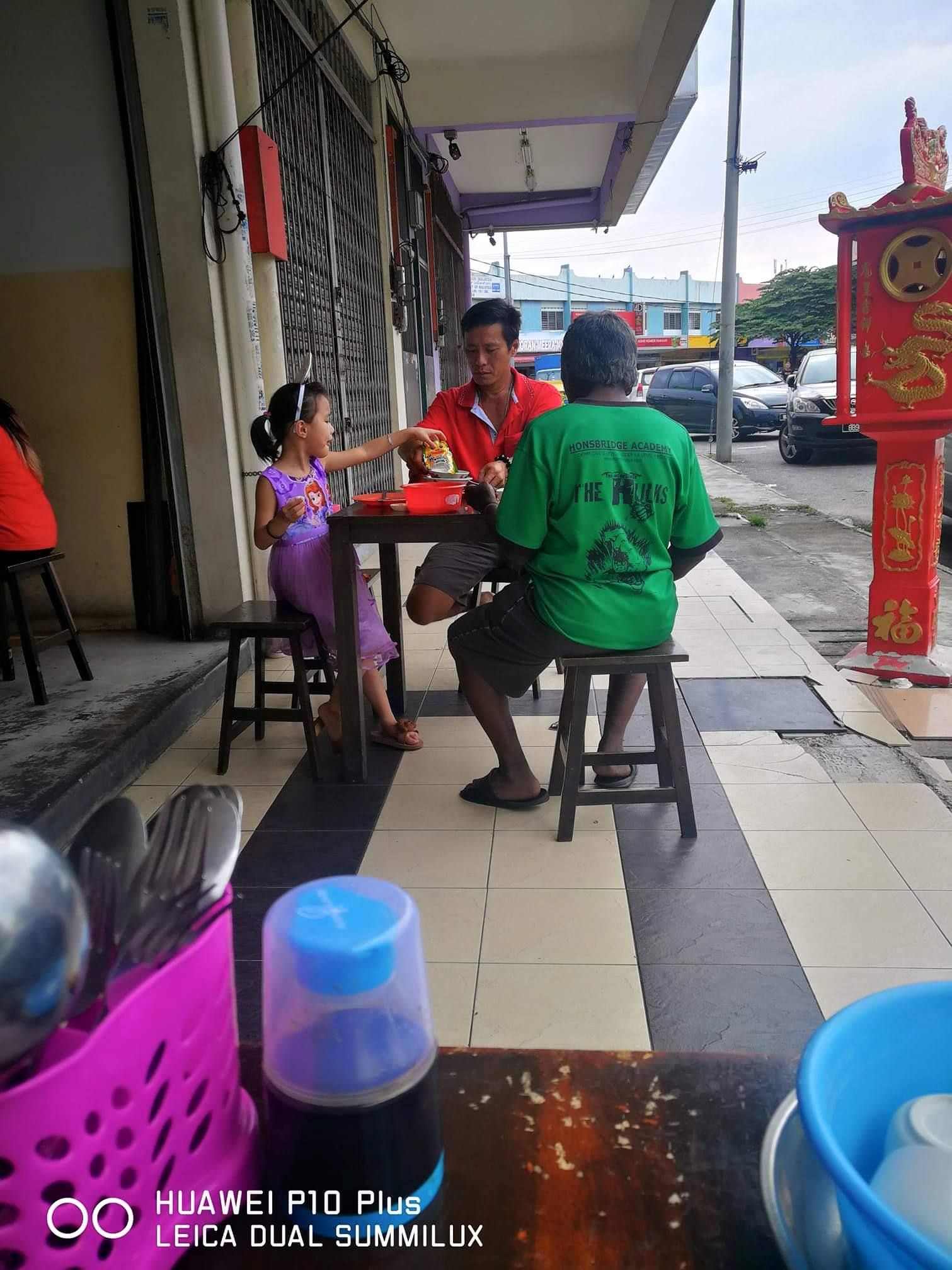 Praised for being a good example

Most comments praised the Chinese man and his daughter for being a good example, and how there is compassion in this world.

"Good teaching, definitely should be praised and shared."

"There is compassion in this world, don't underestimate small actions. Small acts of kindness lead to great wisdom." 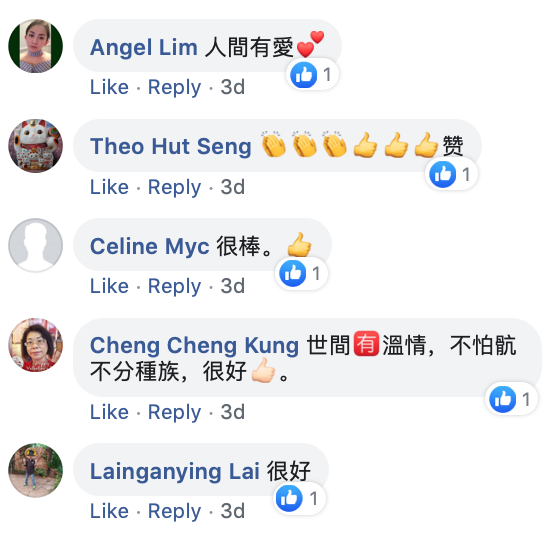 "There's love in the world"

"There's compassion in the world, regardless of race, very good." 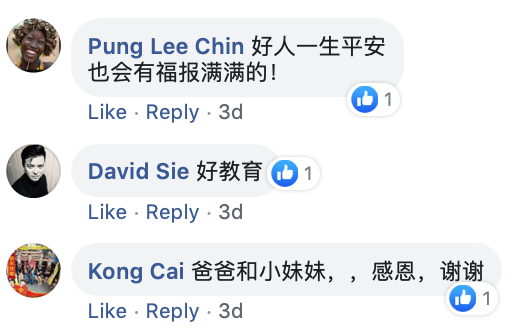 "Good people will be blessed with peace and an abundance of good fortune!"

"Grateful to this father and daughter. Thank you."