All we want to do these days is travel. And that’s all we see people doing.

But to grapple with either sleeping or travelling is a tricky question. Another option is to watch famous people struggle with no sleep instead.

An original reality travel series produced by streaming service Viu challenged celebrities to explore a city in 60 hours, with no sleep.

Celebrities have 60 hours to complete 60 missions

Unlike other travel shows that sell the leisure and luxury of travel, No Sleep No FOMO is apparently aiming for the opposite -- to show it’s possible to experience a city under USD$500, and in approximately two and a half days.

The host, Paul Foster, travels with a guest celebrity, and they compete with each other to see who can complete the most things on their “FOMO list” of 60 missions.

The itinerary of each 60-hour trip will be available on Viu’s Facebook page after each episode, for fans who wish to follow in the celebrities’ footsteps.

The show travels to a total of eight destinations -- Indonesia, Thailand, South Korea, Switzerland, Singapore and Malaysia, Hong Kong and the Philippines. 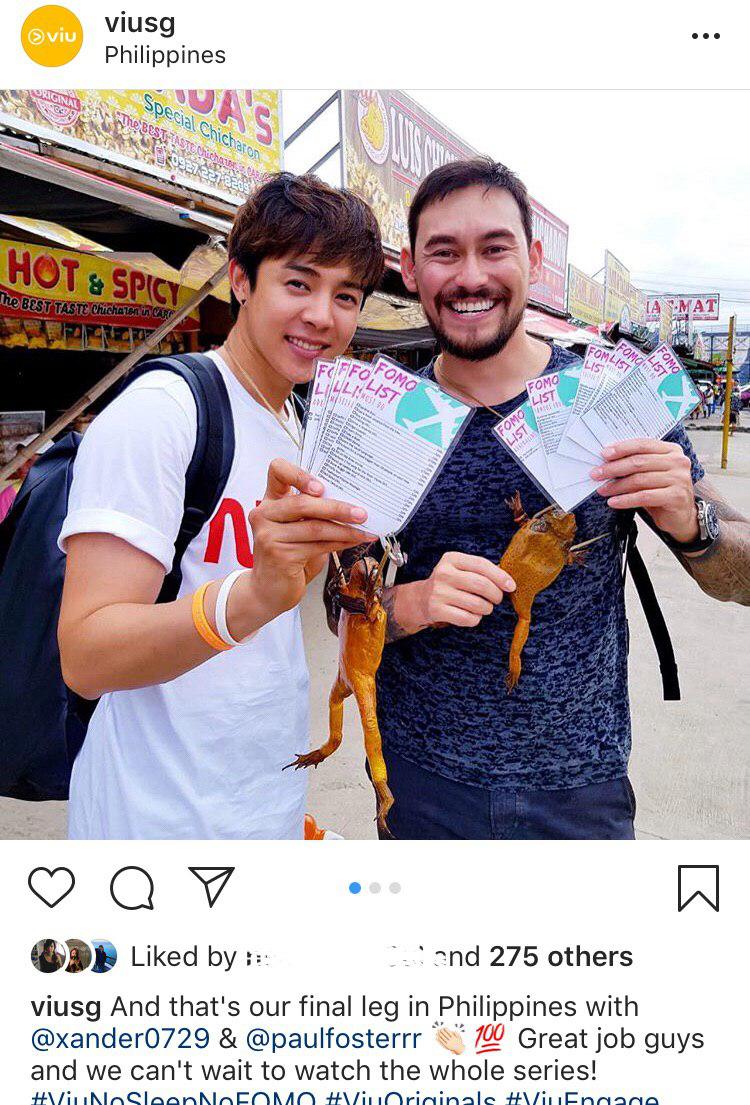 You can find out on episode 5 of the series and see if Kim, who is always victorious on Running Man, succeeds in completing an obstacle course and eating snake soup on his first English TV show.

However, he’s not in the entire episode (so savour it, hardcore fans). 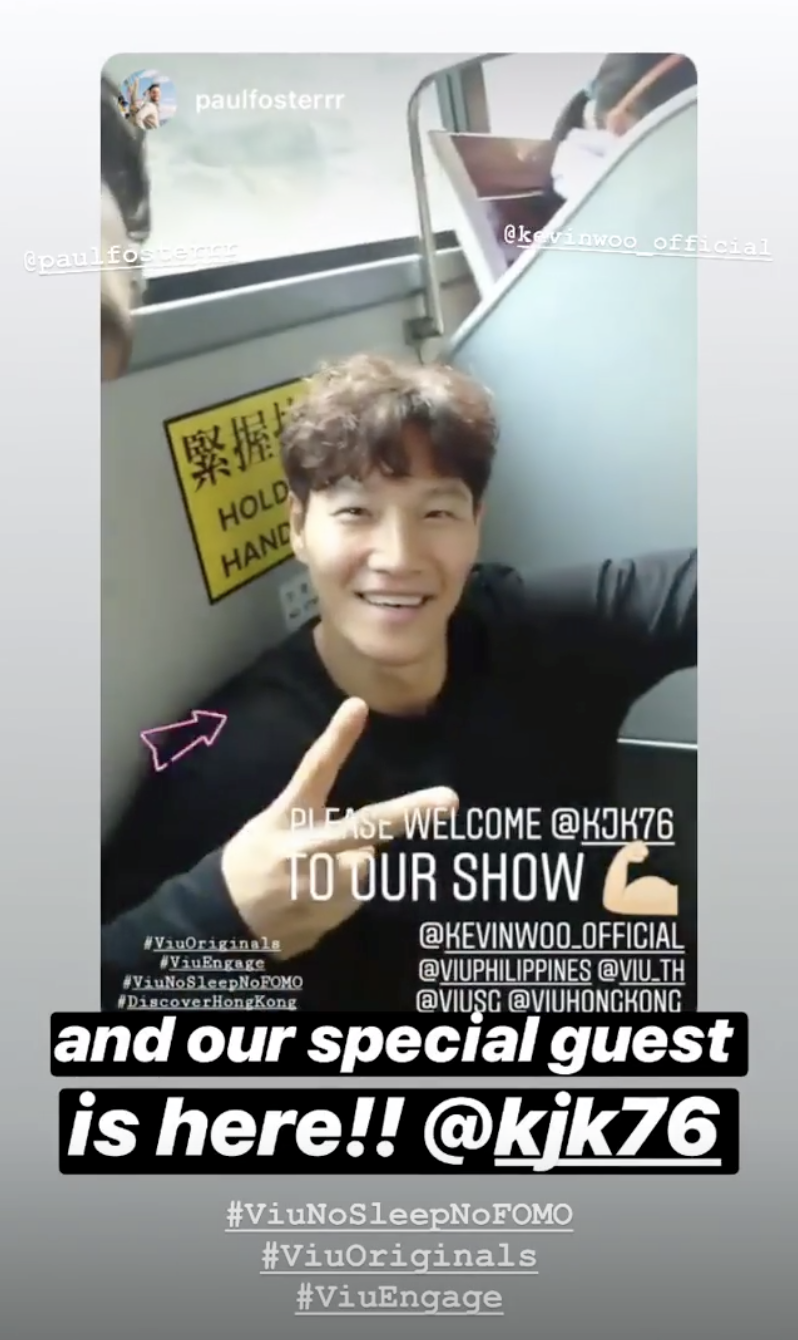 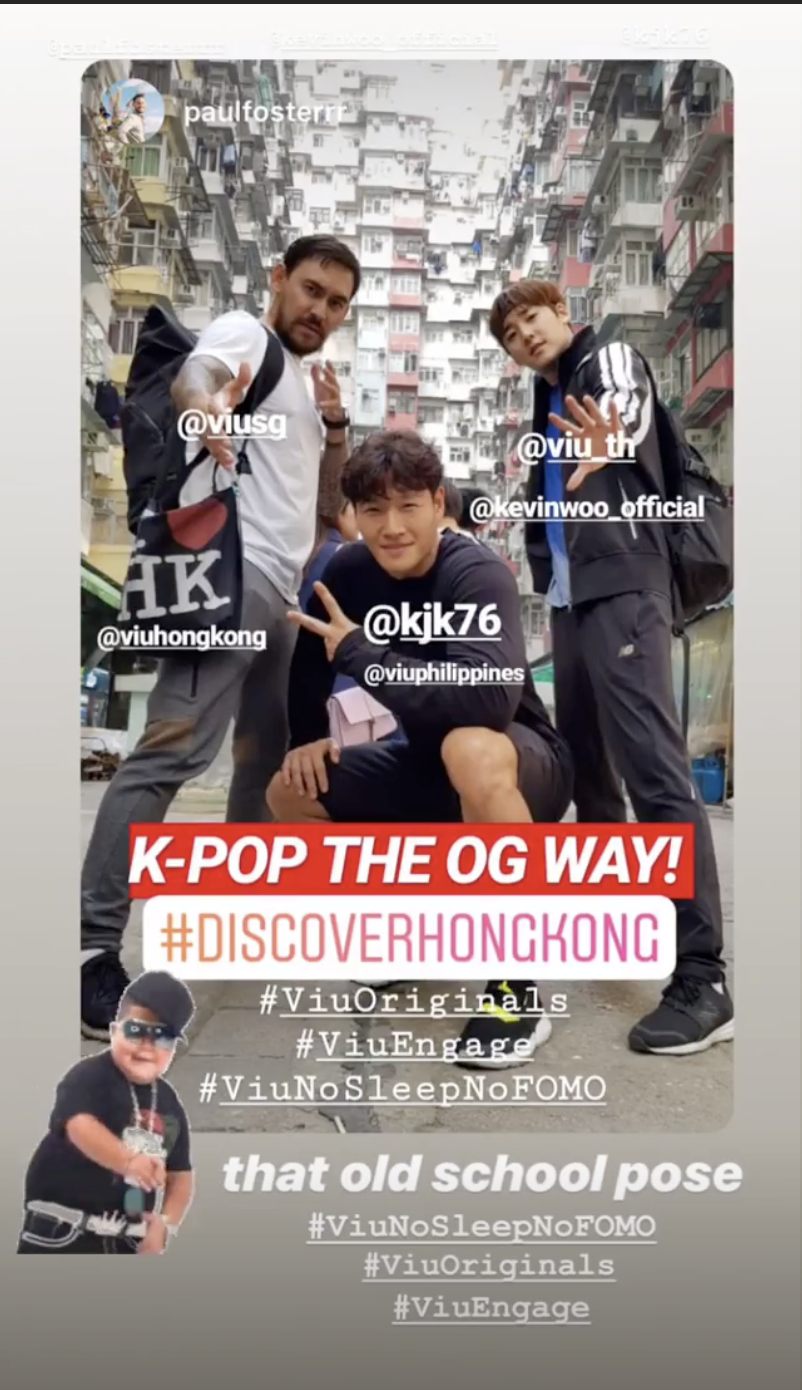 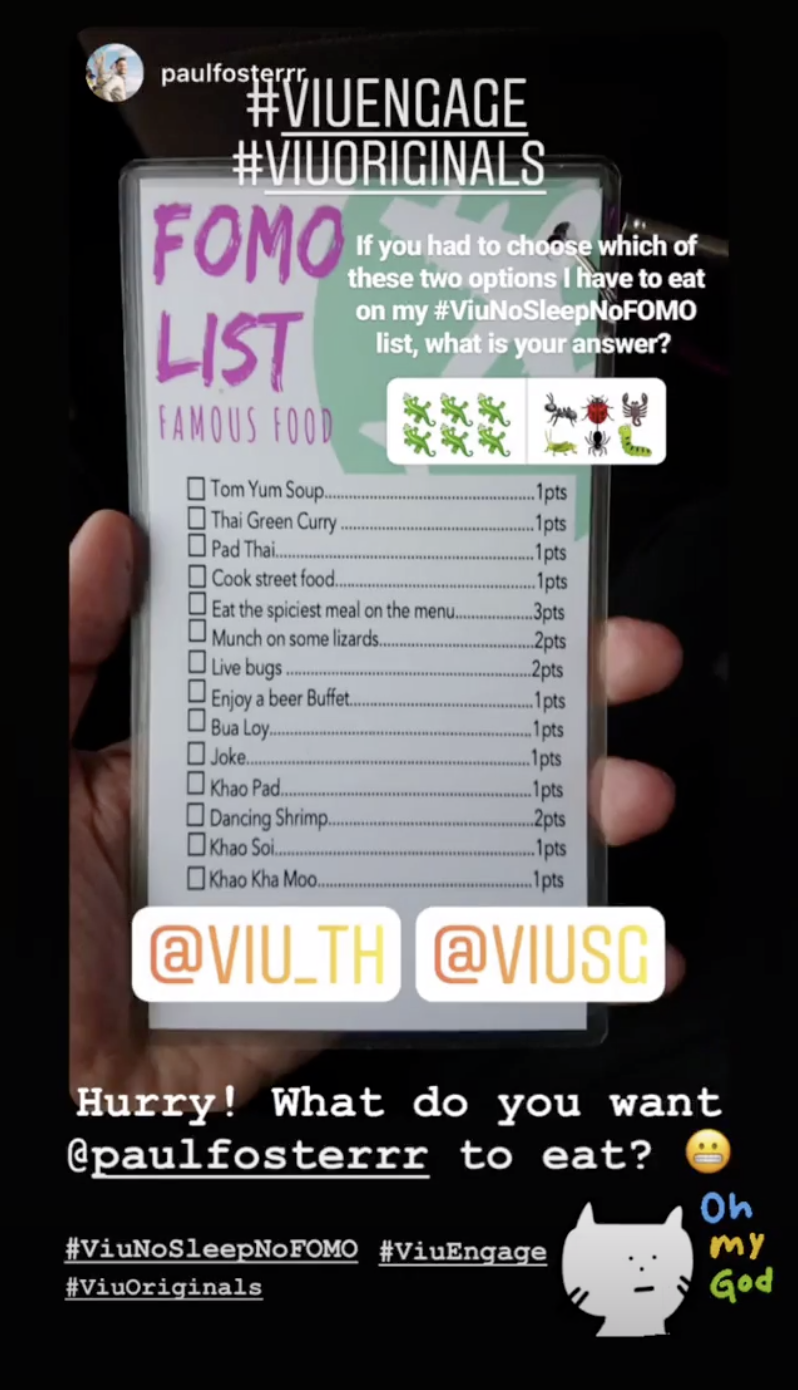 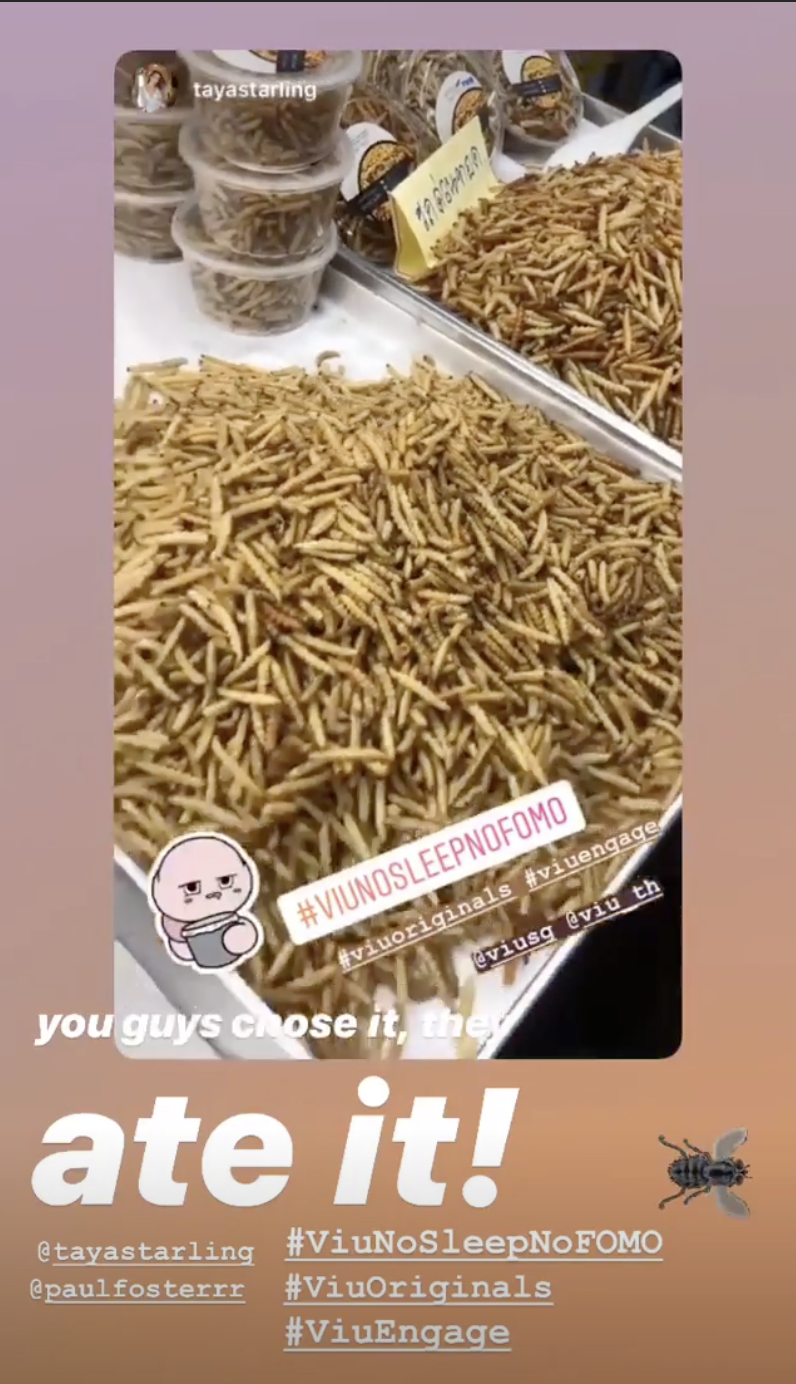 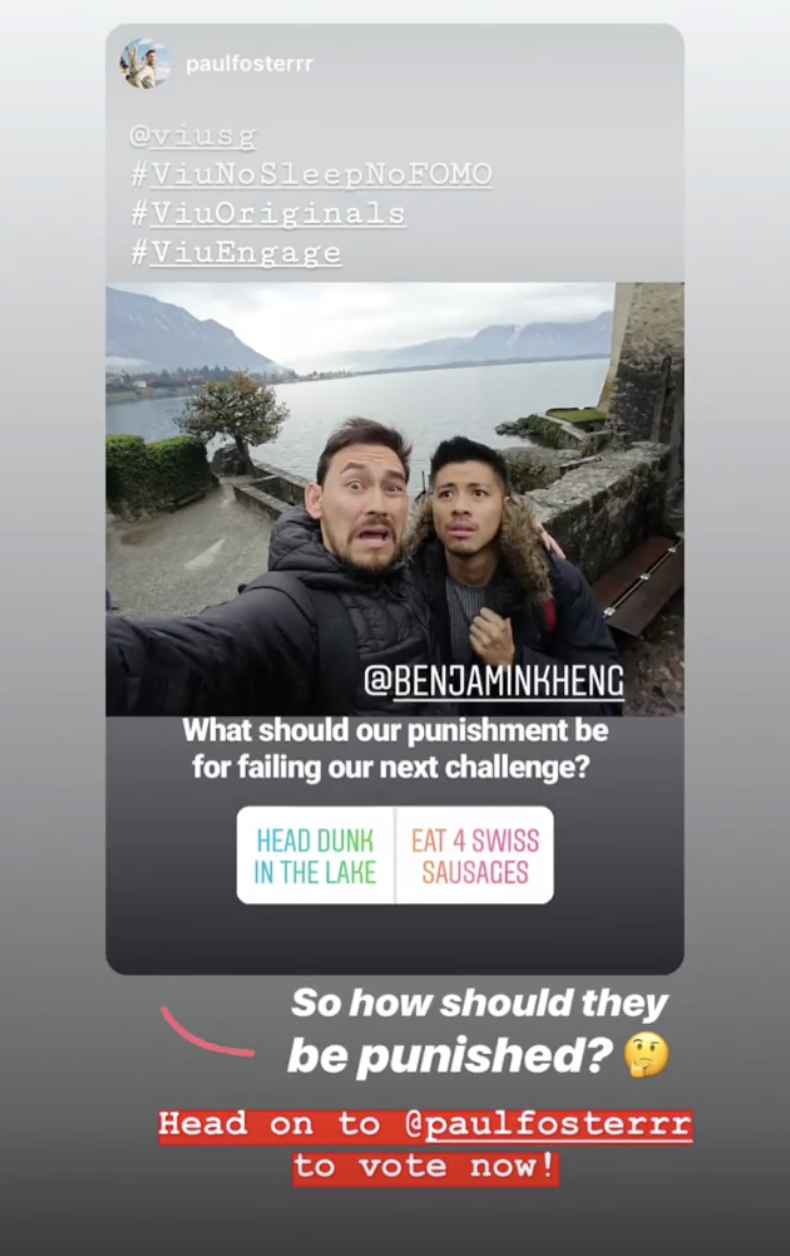 An interesting aspect of this travel show is Daryl Aiden Yow’s involvement, six months after the saga about him passing off doctored photos as his own broke.

On top of allowing IG followers to have a say in filming, Viu also roped in Yow to help spread word, making social media be a big part of the show.

He helped to promote the show by photoshopping himself into travel photos of other influencers, and proclaiming himself as feeling FOMO:

Fans of The Sam Willows will be excited to catch a glimpse of Benjamin Kheng’s drunken antics on episode 7 of the show.

Apparently, Ben is a lightweight drinker, but ends up drinking waaay past his tolerance to complete the missions; he then proceeds to pass out in front of a cathedral.

Yes. Curious to know how he got so competitive?

Watch the new Viu Original series, No Sleep No FOMO on Viu every Friday from 8pm.

You can watch it on viu.com or via the Viu app for free.

This sponsored post by Viu made the writer want to escape from work.