The National University of Singapore (NUS) held a town hall meeting on Thursday, April 25 to address the recent outrage over the university's handling of sexual harassment cases.

However, judging from student responses, the town hall was less than satisfactory.

Instead of offering clarity and direction, the town hall left students angry and frustrated, mainly for a few reasons:

Students were unhappy about how the panel deferred questions to the review committee instead of answering them directly.

Celestine Chua from the University Counselling Services was also present.

In response to undergraduate Monica Baey's case, the university announced that it will convene a committee to review its current disciplinary and support frameworks.

Pang and Ling referred to the committee several times when faced with various questions, according to Isaac Neo, a 25-year-old final year political science student who also attended the town hall. 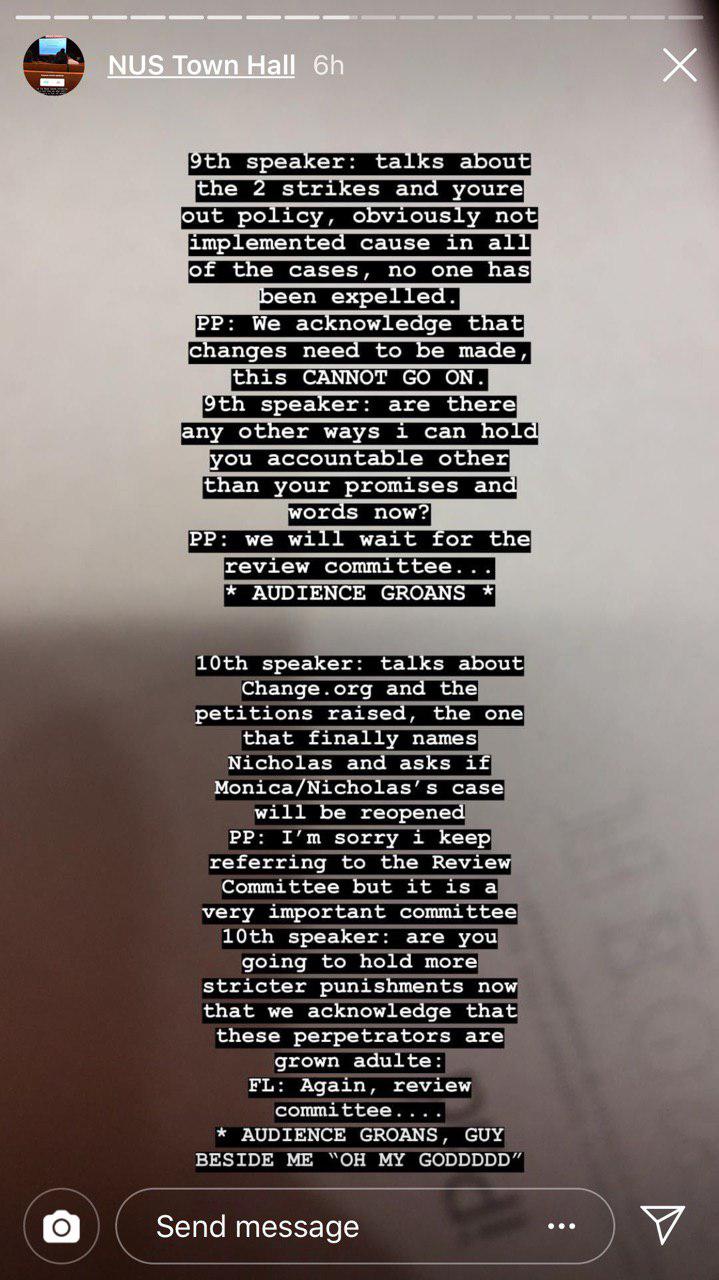 This included queries on whether the university will consider expelling Nicholas Lim to set a precedent or propose a no-tolerance policy, similar to that of Stanford University.

2) The review committee has not been formed

Students were unhappy that the review committee has not yet been formed, despite it being five days since NUS announced it.

According to Neo, a student asked if the number of students on the review committee will be expanded.

Pang said that there will be two students on the review committee as well as members of alumni.

Pang added that the "detailed terms of reference for the committee" are not out.

3) The panel was out of touch with students

Students felt that a lot more needed to be done for the university administration to get an accurate sense of what the student body wants.

Chua also reportedly cut a student off, when the student spoke out on being molested by a senior in the Faculty of Science in 2016

Even though the student agreed to speak publicly about her experience, Chua went on to ask if she would like to speak about it in a "safe space" instead -- effectively cutting the student off. 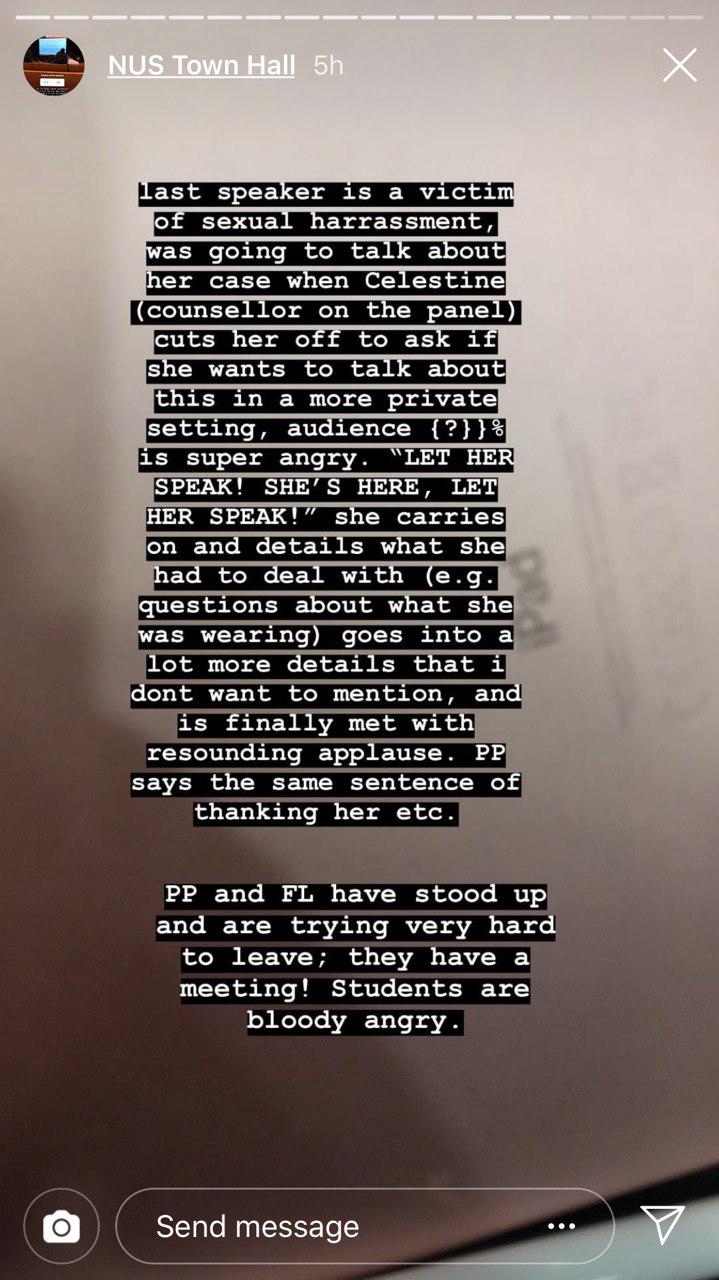 To further illustrate the point that the administration is out of touch, two students claimed that Ling didn't even know what "doxxing" means: Pang and Ling, however, appear to be receptive to comments and suggestions by students.

According to Neo, Pang mentioned two immediate commitments: Centralising victim care and a vague promise to strengthen safety measures within the hostels.

He then asked students to continue providing feedback.

A student asked why the onus is on them to do so, and that why is the university not drawing on its resources of experts, and instead constantly asking students to recount their trauma for the school to take them seriously.

In response, Ling simply thanked the student for her feedback before ending the town hall meeting.

This is a sentiment reflected by students who attended:

Neo also mentioned that when a sociology student asked for an elaboration on courses regarding sexual misconduct, Ling apparently replied: "Please tell me what to do."

Ling also reportedly mentioned that as a 55-year-old woman, she might not be able to understand what 20-year-olds are facing, hence she asked for suggestions on what the university should do. 5) Town hall was too short

Many students were also infuriated by how short the town hall was.

Neo reported that the Student Union had tried to get the session extended, but the professors claimed that they had a meeting at 6.30 pm, and requested students to email their queries and comments instead.

This made some students feel that the session wasn't important enough to warrant more time, or that the town hall was lower in priority compared to other matters.

This was further exacerbated by the fact that there were still many students who wanted to speak on the topic, but could not:

Requests for the town hall meeting to be extended were not met, though another town hall with the review committee will be organised soon, CNA reported.