Plenty of businesses take to April Fools' Day every year like any good marketer would: Milk the day for some eyeballs.

While not all pranks are memorable, Japan's KFC has upped the ante for its creativity and by incorporating good old fashioned Japanese courtesy.

In a tweet posted a day before April Fools' Day, at 11pm (10pm Singapore time), KFC Japan said it now only sells the bones of chicken as a new product. In response to overwhelming demand from everyone, we are launching the bones of the #originalchicken.

We've extracted the bones of chicken that was fried in pressure cookers!

You can use the bones for nabe (hot pot), ramen, and many more.

In addition, the promotional image of the "new product" said the bones are only sold on Monday, April 1. 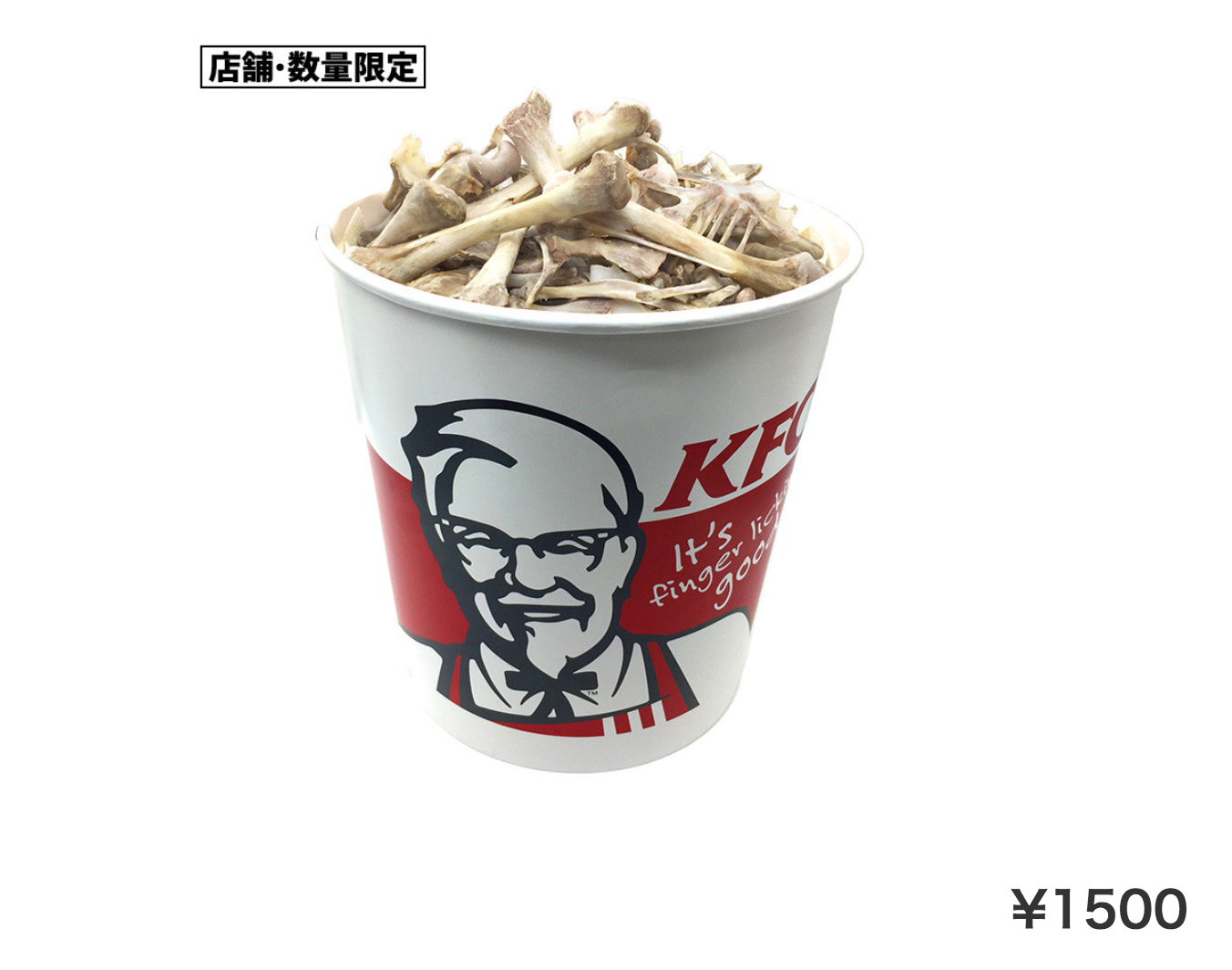 Japan's KFC did not fail to include the fine print on their website too.

※This product does not contain meat.

※Due to a limited stock, the event will only last till stocks run out.

※Handling of the product is done at select outlets.

※For the purpose of April Fools', the product is not actually sold.

The April Fools' Day prank was well-received by the Japanese.

Some gave equally hilarious responses to KFC's prank too.

Such as this Twitter user who managed to construct a skeleton monster using only the bones of chicken bought from KFC.

Another Twitter user jokingly said the bones came at the right time as he has been looking for bones to make kongari niku, a dish that involves wrapping minced meat around a bone. 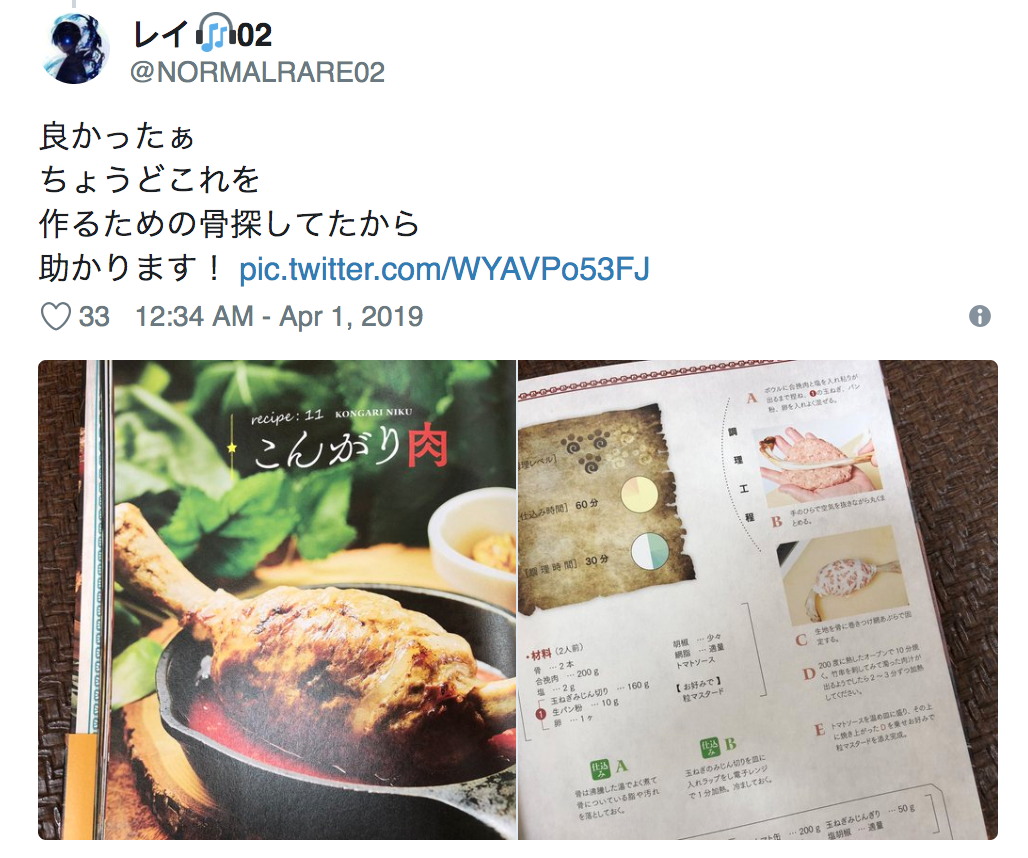 Someone also pointed out how the silhouette of the single bone in the promotional image looked like the meat of a drumstick itself. 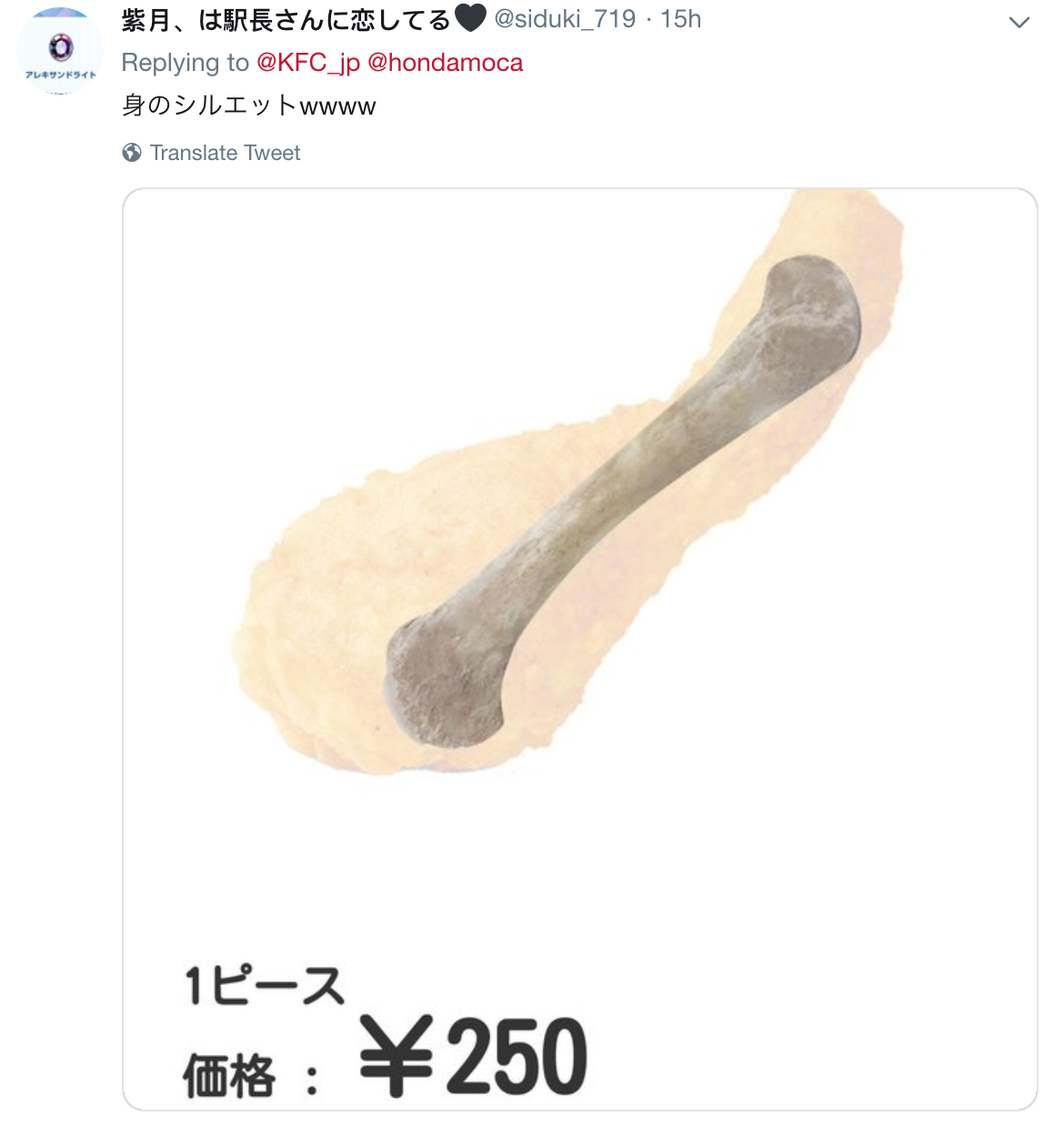 While many complained that the prices were too expensive.

Many Japanese also agreed that the dashi (stock) made from the bones will be great for ramen.

While one said it for us all.

I want to buy only the skin of KFC chicken.（＾ω＾）