Tourists may visit Singapore for attractions such as Gardens By The Bay or our world-famous hawker food.

Heart of the heartlands

But the ubiquitous Housing Development & Board (HDB) flats could be just as unique when looked at with fresh eyes.

An example of how this can be achieved can be seen via the Instagram series by local photographer Nguan, who adds a new perspective with his dreamy pastel aesthetics.

HDB flats are important to a majority of Singaporeans, since more than 85 percent of them are residing in one -- effectively putting the "heart" in the heartlands. Another local photographer and visual artist, Kevin Siyuan, has paid homage to HDB flats with his short film, Corridors of Diversity.

Siyuan embarked on this project nearly three years ago, starting out with a photographic series of HDB corridors.

The short film is a culmination of his project.

Lasting three minutes, it stitches together a montage of numerous HDB communal corridors from all around Singapore.

The video is filmed such that the corridor balcony runs down the middle, splitting the frame into two halves showing the corridor on one side, and the landscape beyond the HDB on the other. 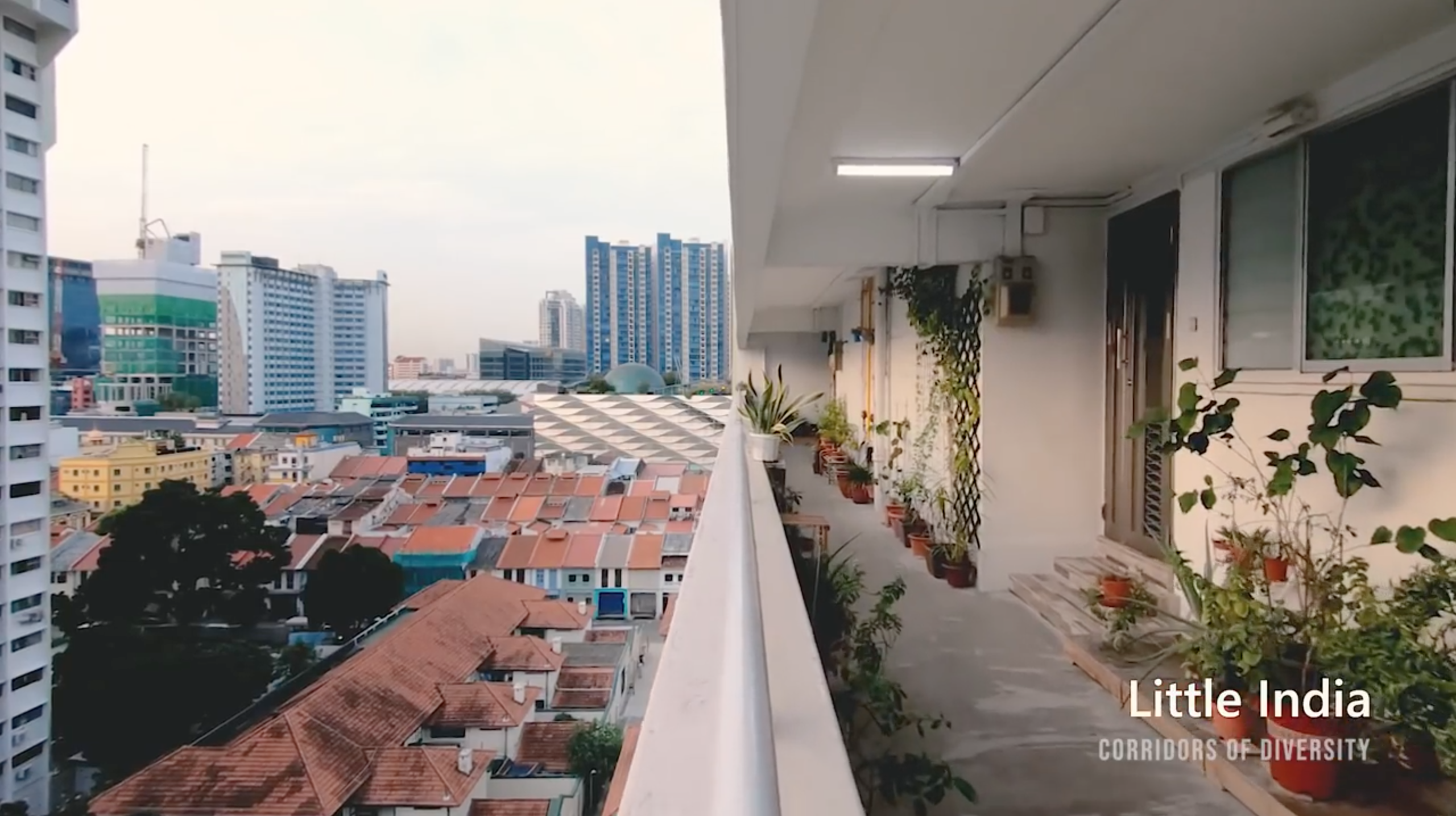 The video cycles through clips of corridors from various estates in Bukit Batok, Tanjong Pagar, and Tampines, just to name a few.

HDB blocks may seem ubiquitous from their exterior, with their monotonous, parallel rows of corridors. Yet a closer look would reveal their idiosyncrasies.

Despite looking the same on the surface, every corridor is different, with residents personalising the small stretch of space outside their houses.

Siyuan's film will strike a few chords with Singaporean viewers with its familiar scenes.

Clothes hung over corridor railings, bicycles parked outside doors, rows of potted plants, and Chinese New Year decorations are just some of the personal items scattered along the corridors. 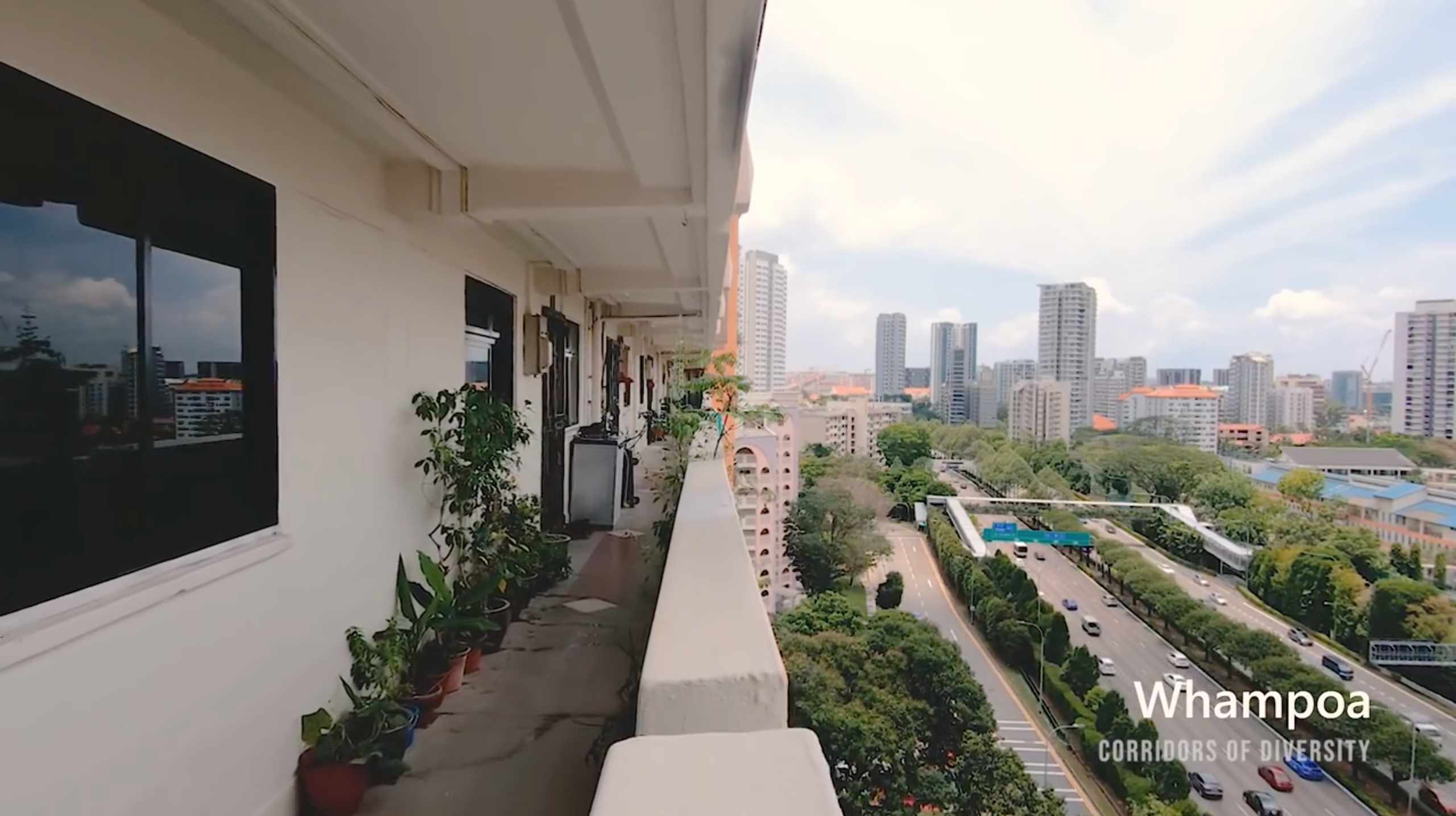 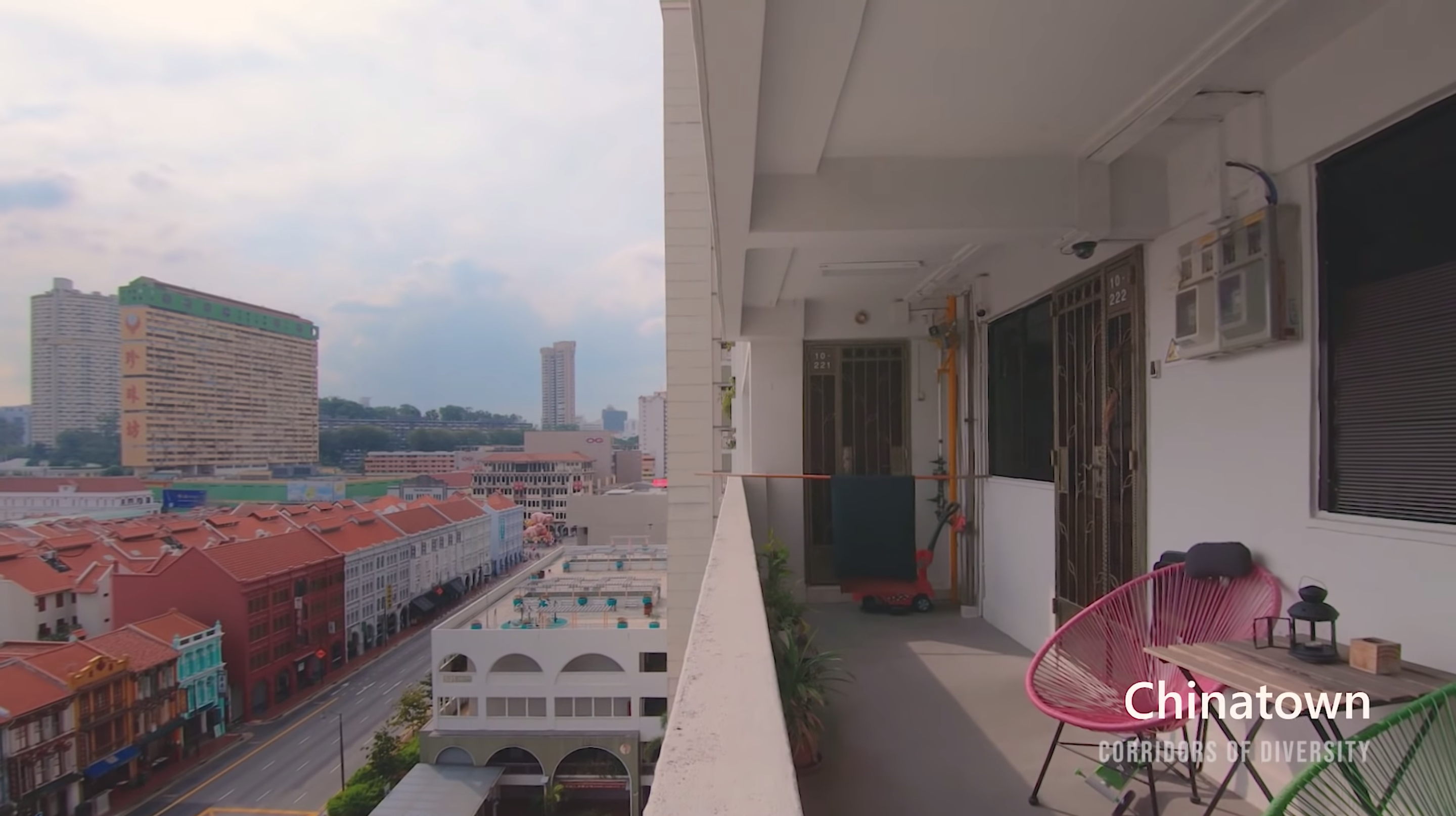 One of the things the video highlights is the diversity of Singapore's urban landscape.

The backgrounds vary from geometric corridors, to bustling roads and MRT tracks, tall skyscrapers, views of the sea, and lush trees and greenery. 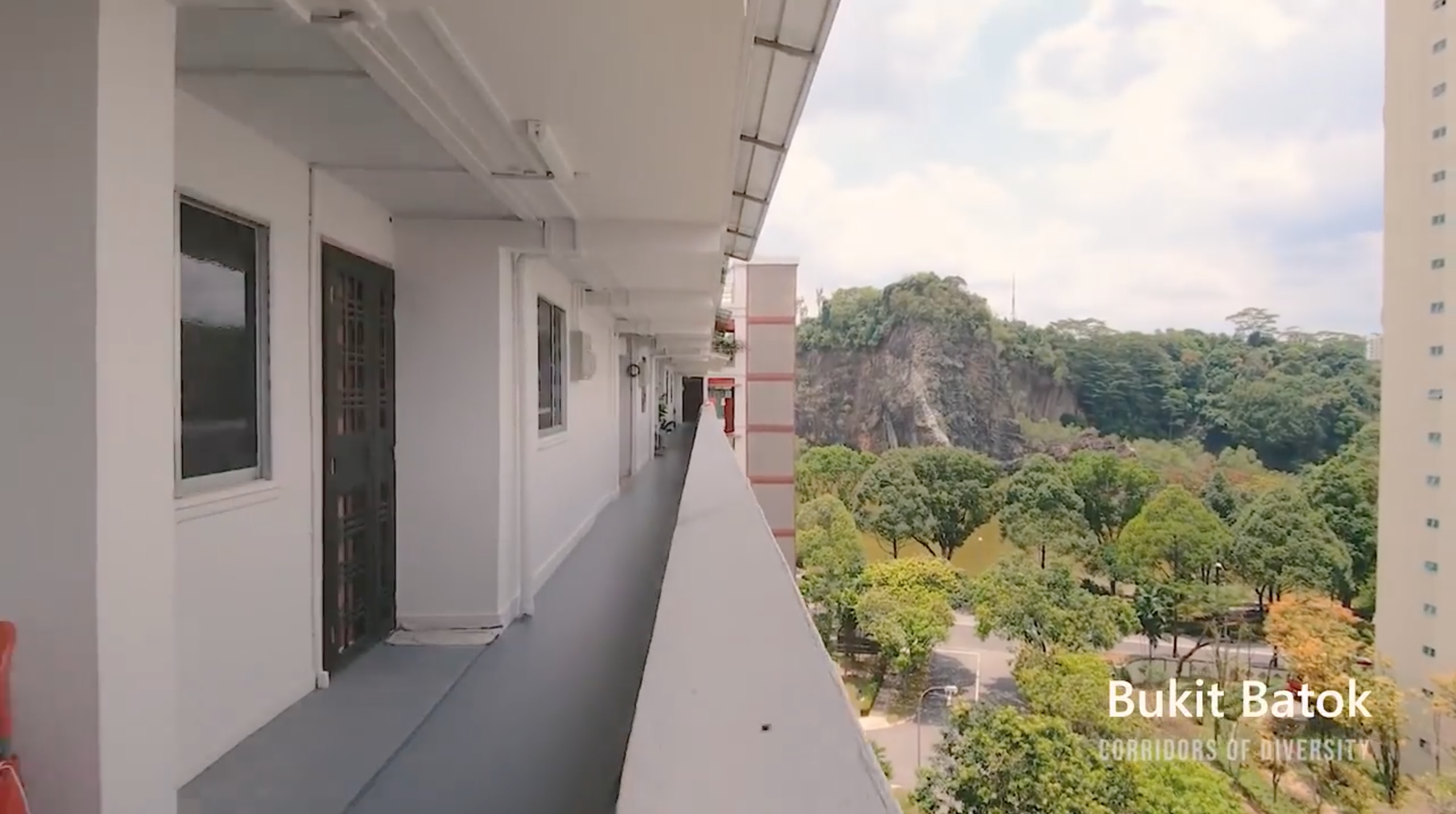 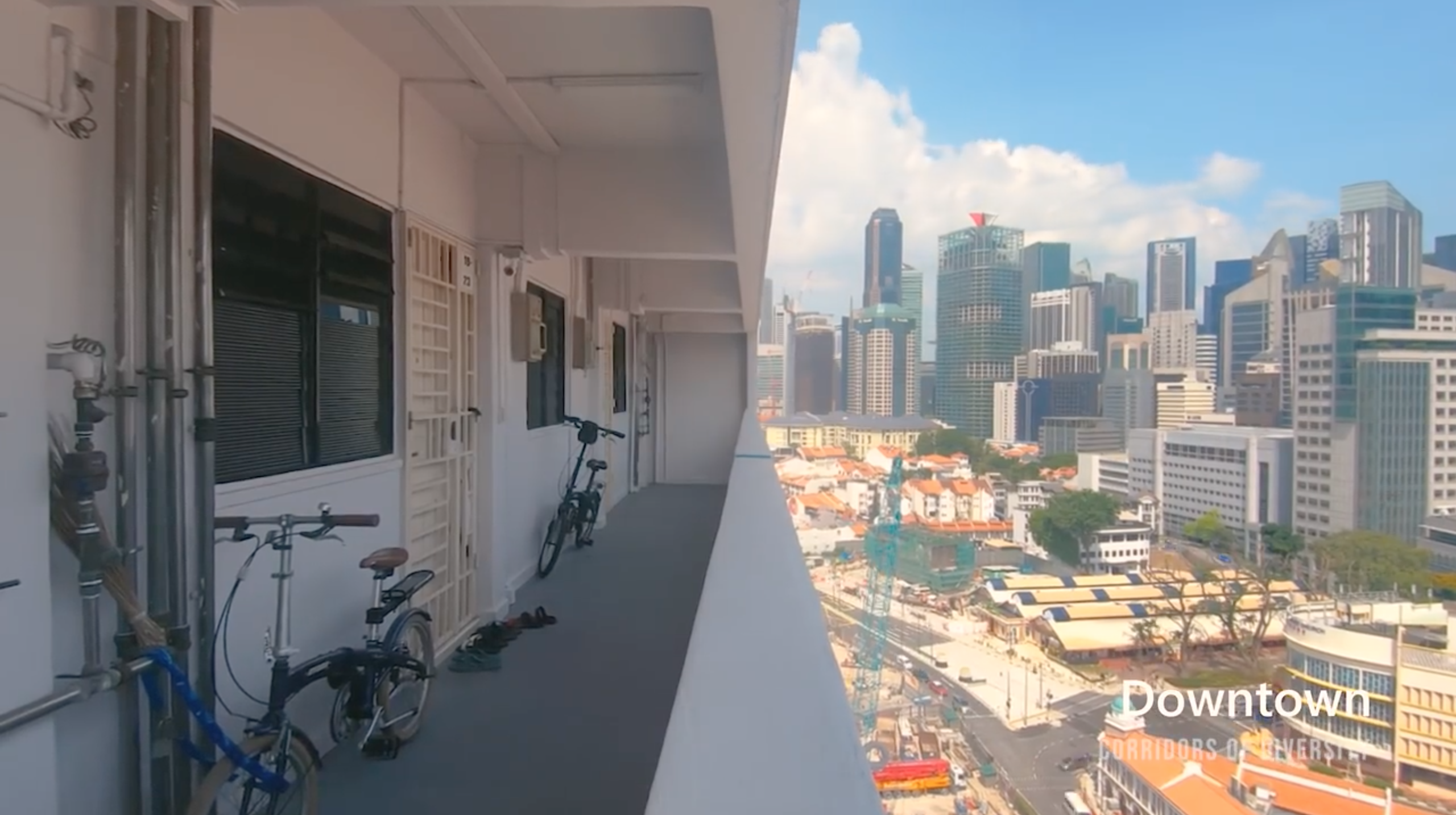 As the shots in Siyuan's film slowly transition to a time lapse, it almost seems like the HDB flats remain unchanged against the moving backdrop of urban landscapes.

Perhaps there is something to be said about the permanence of these buildings, albeit for 99 years -- a repository of heartlands culture, amidst a rapidly evolving urban country.

Or, in contrast, the transient nature of our environment in developing Singapore.

One shot even included the iconic Pearl Bank apartments in the distance, a building constructed in 1976 and scheduled for demolition. According to the YouTube description of Siyuan's video, the project has "made him aware of the constant changes Singapore’s built environment is going through".

You can learn more about Siyuan's thoughts behind the video, and watch his short film here: