Graduation ceremonies are usually a time for students to share a moment with their family and friends.

A few pictures here and there to mark the end of a certain part of their life, and celebrate the start of another journey.

That wasn't the case for Jeric Rivas from The Philippines.

In a heartbreaking story shared more than 10,000 times on Facebook, Rivas detailed his struggles up to that moment on stage.

Rivas graduated with a Bachelor of Science in Criminology from his college in San Jose Del Monte.

Here he is getting his certificate. 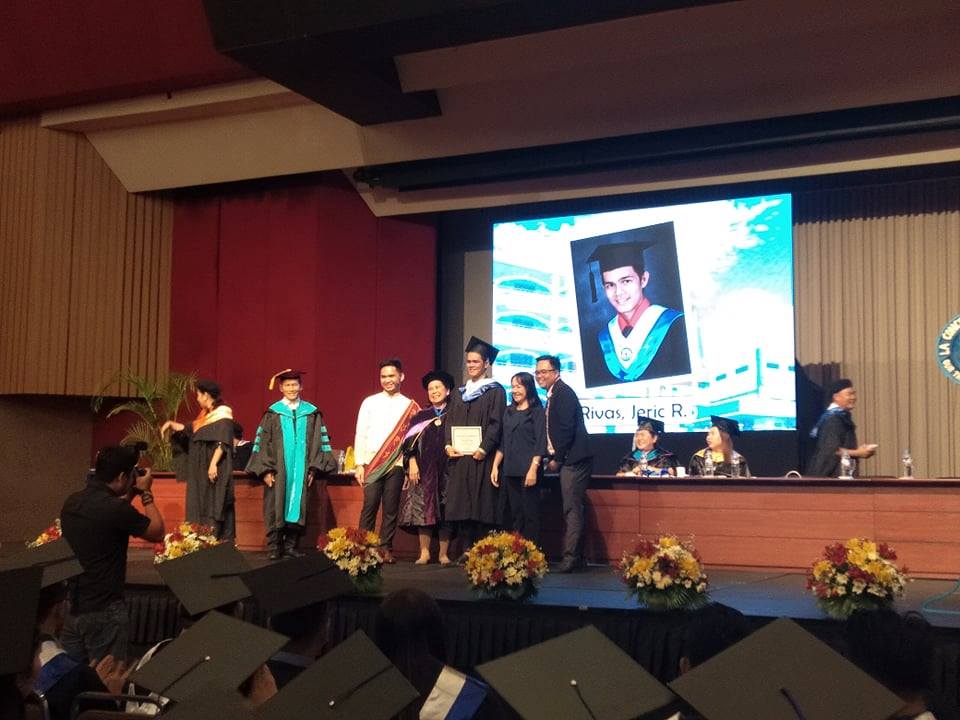 The thing is, the people with him on stage weren't his parents or relatives, they were his teachers.

And there's a reason for that.

See, Rivas' parents weren't the most present when it came to things like ceremonies, or general life.

In his post he recalled how his parents weren't there even during his elementary (primary) school ceremony, and he received a medal for being the best student then.

Rivas refused the medal because they weren't there.

The same thing apparently happened once again during his high school graduation.

Even with these prior letdowns, the sight of your parents skipping yet another one of your important schooling milestones will still hit quite the nerve, and Rivas found himself overwhelmed by these emotions. 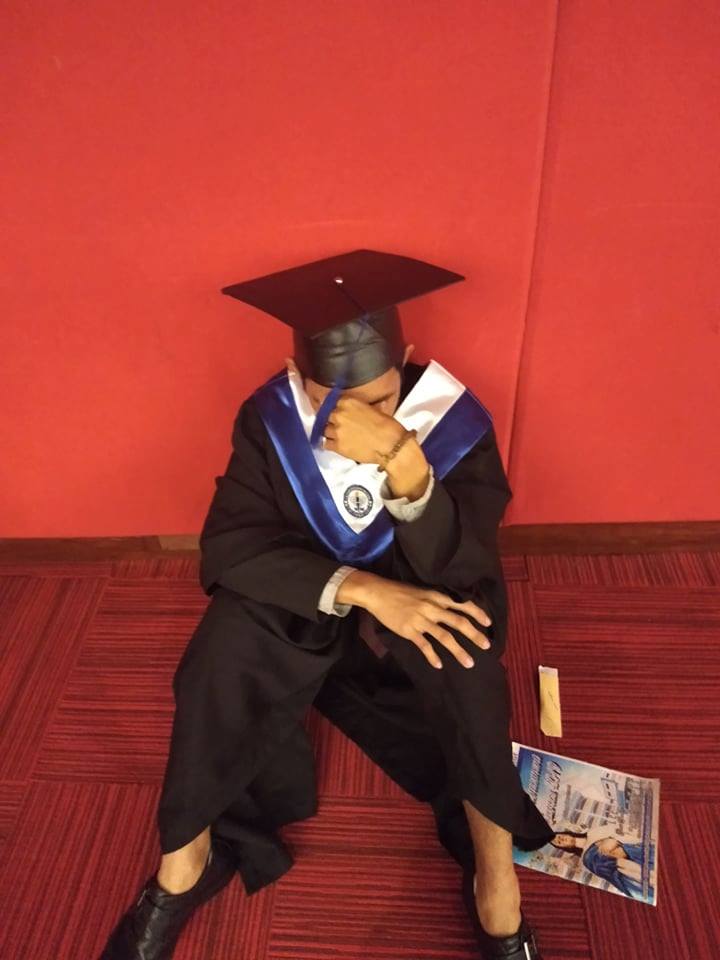 Here's the thing though, Rivas has more than earned his place on that stage.

There he had to find a job and a place to stay.

He did have relatives there, but they were unwilling to let him stay in their house.

He worked a myriad of jobs, including as a janitor and in fast food outlets to pay for tuition fees and rent.

Ironically, it was his professors who stuck their neck out to help Rivas.

They treated him like family, inviting him to their homes, providing him with some cash for school supplies and transport fares.

In his post, he thanked everyone who had helped him pull through these difficult circumstances.

And after all he had been through, and all the disappointments he had to face from constant no-shows and rejections, he still had one simple wish.

That he might make his parents proud one day.