Smartphone sales have been gradually plateauing over the last few years.

One of the new, hot products being pushed out now is the wearable phone, or more colloquially, the phone watch.

Samsung's been heavily involved in the game, with their Samsung Galaxy Watch being released as recently as August 9, 2018.

In fact they've been involved in the game for some time now.

20 years ago, Samsung released this conundrum of a product. 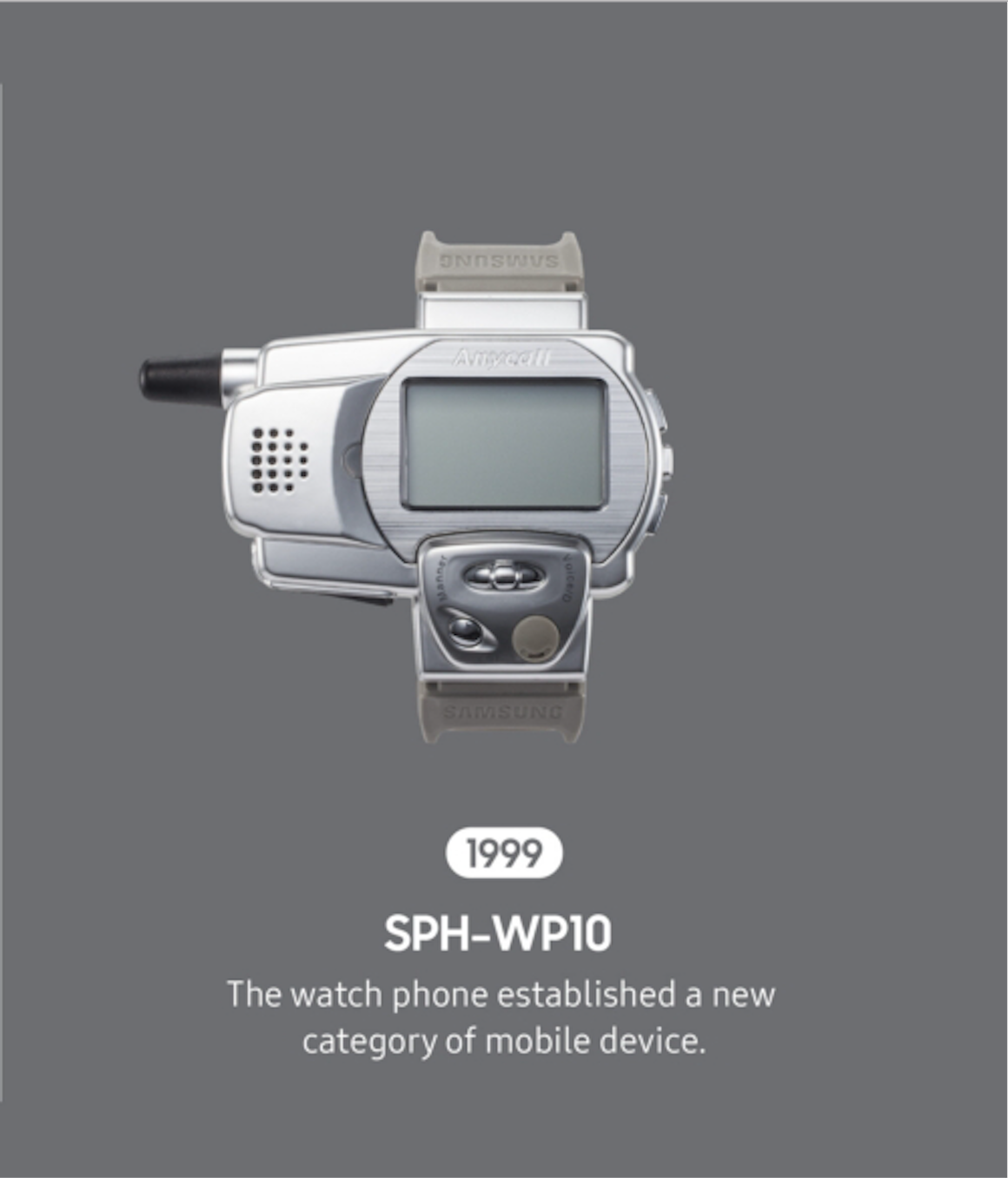 While this might appear to be an unreleased Kamen Rider belt from the 90's, it's actually widely considered to be one of the very first watch-phones.

And if you thought the battery life on your new-gen smartphones are bad, get a load of this.

According to PhoneArena, the battery life for the phone was basically 90 minutes of talk time.

Samsung's come a long way from their other phones as well.

Here are all the Galaxy phones in chronological order.

Take a look at their very first S-series.

In particular, look at all that unused real estate on the top-half of the phone.

Which spurred the increasing screen-space reclamation that’s been going on to this day.

Plus you have the Super AMOLED which not only integrated touch into the screen, it reflects one-fifth as much sunlight as the AMOLED.

This marked the start of S Beam, which allowed data to be transferred by near field communication (NFC).

Here we get to the waving motion stage of Samsung’s evolution, with Air Gesture used to communicate seamlessly with the phone.

If you’re getting excited at all this progress, you’re in luck, keep your heart rate in check with the heart rate monitor function in the Galaxy S5.

Proving the battle for screen-space is not just a vertical one, the dual edge display of the Galaxy S6 heightened the arms race for space.

Perhaps the most relevant improvement for the criminally clumsy, the water resistance helped save your smartphone, to a reasonable extent of course.

One of the latest iterations of the Galaxy continues, showcasing the infinity display that puts new meaning into the phrase “full screen”.

The cumulation of 10 years of technological advancements. With the dual aperture advancing the camera-game by leaps and bounds. 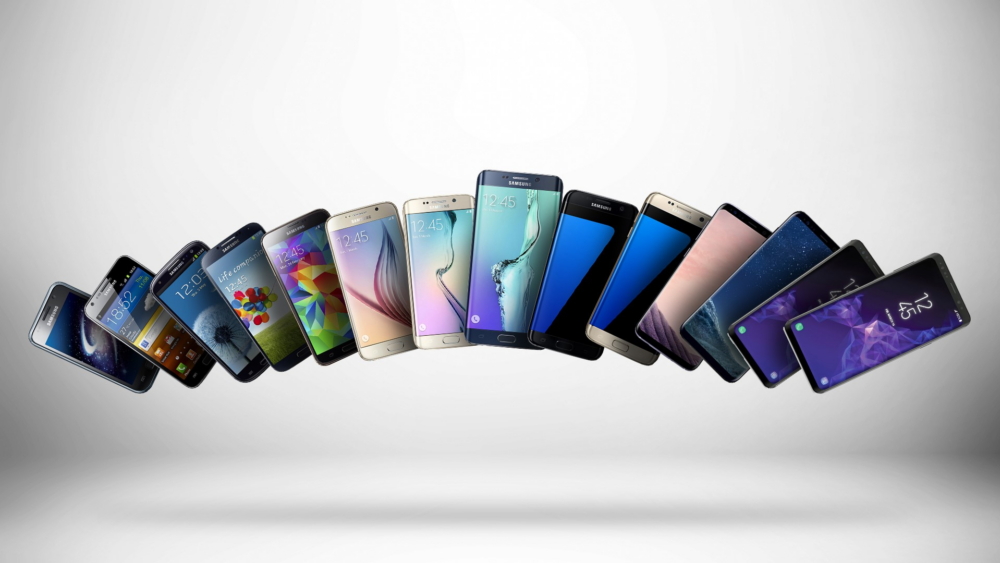 Truth is, Samsung has pushed -- and is still pushing -- the limits of mobile phone technology.

This year, the Samsung Galaxy flagship series celebrates its 10th anniversary. And in just 10 years, it has pushed itself to be one of the top Android smartphones in the market.

From the various pre-smartphone era phones, one can safely say that innovation has always been in the Korean company’s DNA.

If not, there wouldn’t be a watch phone, let alone a TV phone.

As you might have heard, Samsung has just launched a few new phones.

Pioneering 10 years of mobile firsts, the next generation of Galaxy is here. 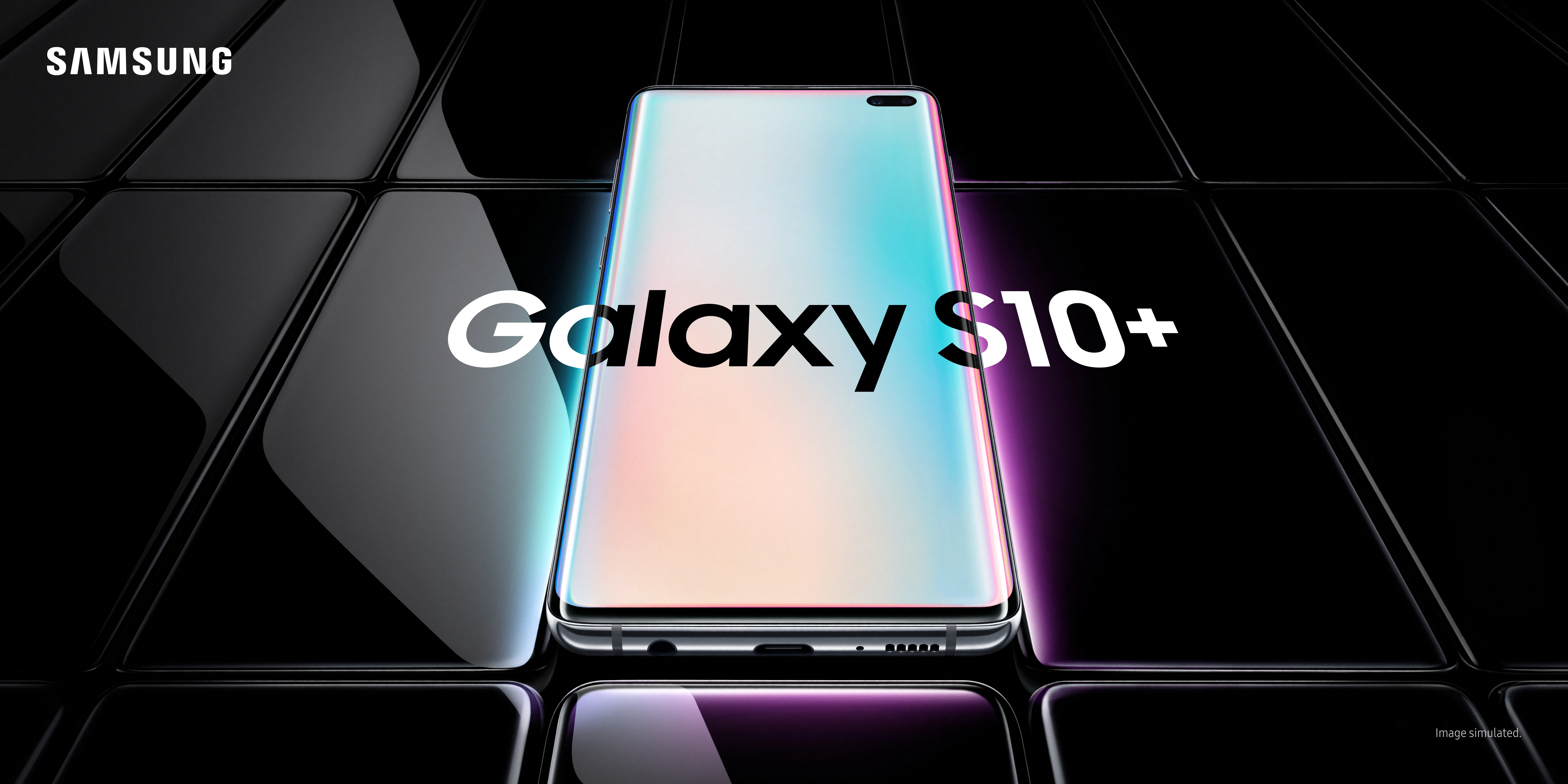 And of course, the Wireless Powershare, that basically enables the Galaxy S10 to charge not only other Samsung wearables such as Galaxy Buds and Galaxy Watches, but other Qi-enabled devices as well.

Pre-order your Galaxy S10/S10+ now to enjoy a free Wireless Charger Duo and Galaxy Buds (worth $386).

You can preorder your phone through this link.

This sponsored post helps the writer buy the illusion of a phone.